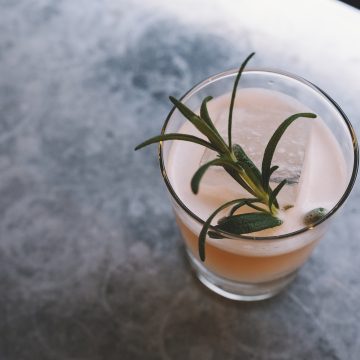 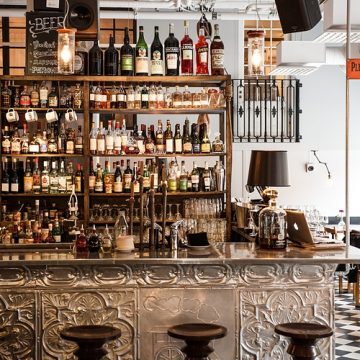 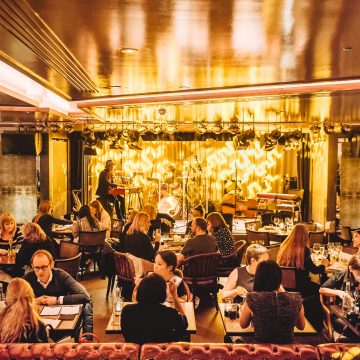 Ranked amongst the top 50 bars in the world, Stockholm’s finest mixologists come to London for the first time…

Linje Tio , Stockholm’s innovative cocktail bar, will be setting up shop in London’s 100 Wardour St for an exclusive takeover from 31st January – 10th February to bring their coveted Scandi style to the famous Soho location.

Nestled in The Den at Wardour Street from 31st January – 7th February , and taking centre stage in 100 Wardour St’s Restaurant and Club from 8th February – 10th February , Linje Tio’s mixologists will be showcasing their world-class skills and inimitable concoctions, offering Londoners the chance to sample their renowned cocktail menu first-hand.

Featured in 2017’s list of the world’s 50 best bars, the first ever bar in Sweden to secure a place on the list, Linje Tio’s attention to detail is what sets it apart – at home in Stockholm, the ice cooling your cocktail is carved straight from an iceberg! Transporting Londoners straight to Sweden’s capital, at this pop-up customers can expect their expertly mixed drinks to be served up with a dose of Nordic cool.

The drinks menu will feature some of Linje Tio’s greatest hits, including a Scandinavian take on the pina colada – their staple Beets By Tjoget , a coupette of beet infused Absolut Vodka, coconut syrup, ginger, lemon, and nutmeg – and Open Sesame, a combination of Blantons Bourbon, Swedish punsch, Café Borghetti, espresso, and sesame syrup. Customers in The Den can sip La Belle Epoque , a luxurious mix of Pierre Ferrand Cognac Amber, absinthe, lemon, and sugar, topped off with champagne, La Nuit , featuring cognac, sherry, orange and cinnamon

bitters with capers, or So Fresh So Clean a delicious non-alcoholic concoction of Seedlip Garden, coconut syrup, rosemary tincture, lemon and grapefruit, while those next door in 100 Wardour St can party the night away with a Fiesta Piscina , made using Bacardi, blue curaçao, lime, coconut, and egg white, or a Dirty French , a cocktail of Hennessy, Brooklyn gin, lemon, and sugar, finished off with crémant.

Leslie Kwarteng, Senior General Manager of The Den & 100 Wardour St says: “We are thrilled that the team at Linje Tio will be joining us at the end of January to offer our clientele the chance to sample their incredible drinks. We can’t wait for them to bring their Scandinavian spirit over to London, and we’re sure they’ll wow guests with their unique, artisanal menu.”

Andreas Bergman, Founder of Linje Tio says: “We’d like to pour London and Stockholm into a shaker and serve it in a fun way. We bring ourselves, our style, and our inclusive attitude, which means that anyone up for a good time will have a good time!”