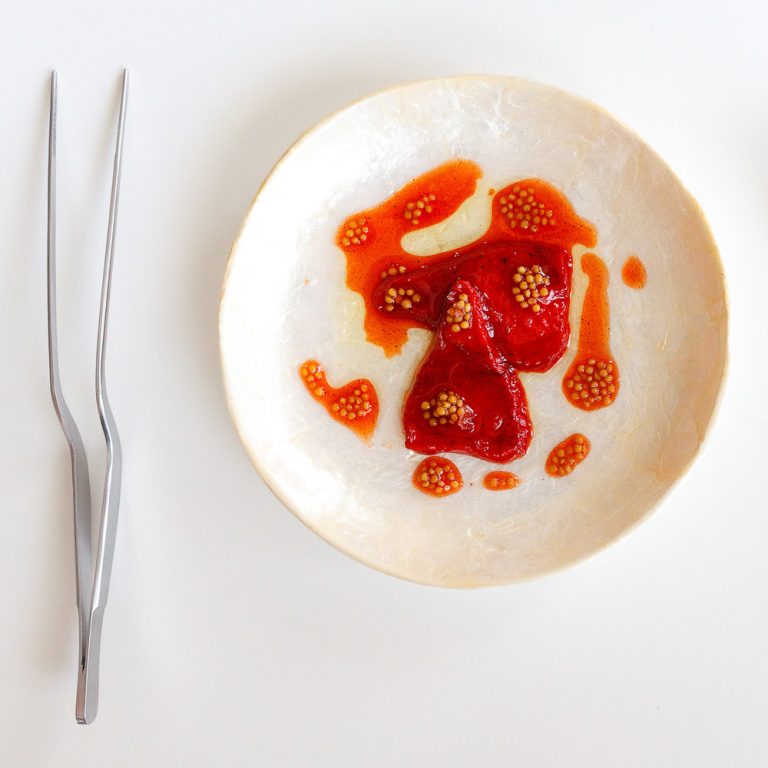 The three Michelin starred chef, who has so far served up a four hands dinner together with Jonnie Boer, Andreas Caminada, and Sven Elverfeld, amongst others will be resuming his European tour.

“This place is magical, Mykonos is a source of inspiration for me. We’ve come to seduce with our cuisine,” stated the Spanish chef moments after landing on the Greek island.

This time around, he offered a dinner along with Georges Stylianoudakis in the Hotel Boutique Kensho, this year’s winner of the World Luxury Restaurant Awards, on the Greek island of Mykonos. “Once again, we are packing our knowledge and passion in our suitcase to continue cooking friendship with some of the most prestigious chefs in Europe, friends whom I admire and with whom I always learn,” said Dacosta upon arriving in Greece.

The Spanish chef, who over the past months has cooked with Jonnie Boer, Sven Elverfeld, Andreas Caminada and Vladimir Mukhin, travelled with part of his team to share ideas and design an original 16-dish menu with the local chef, based on the synergy of creativity and products from their respective regions.

“This place is magical, Mykonos is a source of inspiration for me. We’ve come to seduce with our cuisine,” stated the chef after landing on the Greek island. After serving, Dacosta was satisfied and happy: “We created a highly particular ambiance during the dinner. Complicity between clients, chefs and the hotel team.”

And thus, Dacosta continues on his European tour through different territories and cultures, allying himself over the upcoming months with some of the most prestigious chefs. His next stop is Ikarus (Hangar-7), a space entirely dedicated to art in the airport of Salzburg, in Austria.

This season, his restaurant in Denia, two-time winner of the famous list’s Best Restaurant in Europe, which has also held a place in the prestigious World’s 50 Best Restaurants over the past few years, is offering DNA La Búsqueda (DNA The Search), his new culinary project for 2017. With this groundbreaking project, the chef essentially combs the past of the enclave where it is located, drawing from the complicity and memory of those who have passed down flavors, cooking methods and ways to preserve food over the course of history.

Last year, along with Porcelanosa, he designed a line of professionally-inspired household kitchens, and starred in Arcos’s latest advertising campaign with FC Barcelona player Andrés Iniesta, making the chef ambassador for both brands all over the world.

In his effort to spread knowledge, the Doctor Honoris Causa in Fine Arts chef has published “De Tapas con Quique Dacosta(Eating Tapas with Quique Dacosta),” a publication boasting 80 recipes drawn from a tour of his four establishments, with twenty dishes or tapas from each one of them.