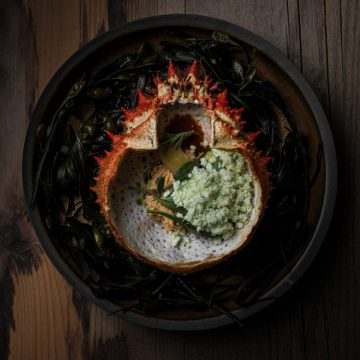 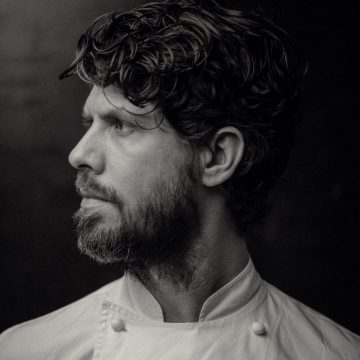 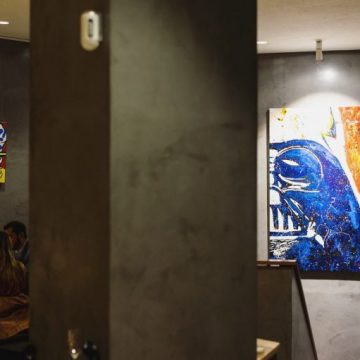 Amelia from chef Paulo Airaudo in San Sebastian has been awarded with a Michelin star a mere 7 months after opening.

After 14 years of cooking his way through the world Argentinean chef Paulo Airaudo this year settled down in the Basque Country, where he from scratch created an ambitious dining project and remarkably early has earned his seat at the coveted high table of grand chefs and restaurateurs in one of the most recognised culinary destinations of the world.

On November 22nd, the grand gala of Guide Michelin Spain & Portugal 2018 was held at a full Ritz-Carlton in Tenerife, Canary Islands, recognising the absolute best restaurants of the Iberian Peninsula and territorial islands.

Here Amelia was one of 17 Spanish restaurants that received a first Michelin star and the only newcomer accoladed with a such in San Sebastián.

The majestic town tucked into the lagoons of Bay of Biscay along with the rest of the Basque Country otherwise remained on status quo, besides Eneko Jatetxea in Larrabetzu, just outside Bilbao, by Eneko Axta of Azurmendi-fame that also received its first Michelin star.

The opening of Amelia in April 2017 was viewed upon with equal wonder and surprise as no expat had opened a restaurant of this calibre before in San Sebastián; the for decades globally praised food destination and one of the most Michelin-accoladed areas in the world per capita, already filled with world-celebrated restaurants that draw one headliner after another.

But Argentinean-born Paulo Airaudo has managed to do so with an impressive dedication, and within just two months he transformed an old timber wood shop into a two-storey full throttle restaurant in the heart of Zona Romantica.

A restaurant designed with gray tones and natural materials such as wood stand out and is characterised by its minimalist, almost Nordic approach and flavoured with comics art, Mario Bros figures, Star Wars paintings and gadgets that refer to Pop Art culture and the early 90’s when Paulo Airaudo grew up.

Amelia serves a frequently changing and very personal 10-course tasting menu, combining different flavours, textures and memories gathered through more than a decade of cooking and seeking culinary excellence all over the world; an otherwise restless culinary nomad has found his home – so personal that he has named the restaurant after his, then, 2-year old daughter, Amelia.

The seemly quick road to success has not been easy – but without any comprise, also resulting in creative acknowledgments such as from the association with JRE (Jeunes Restauraneurs) and Euro Toques Spain, and invitations to participate in significant events such as the inaugural dinner of San Sebastián Gastronómika.

Also the creation of the pre-launch dinner for “Michelin Stars – Tales from the kitchen” during the San Sebastián International Film Festival; cooking at BBVA Bilbao Food Capital 2017; the “Celebrity Chef Series” in Bahrain, not to mention that Chef Airaudo himself instigated “San Sebastián Dinner Series”; six collaboration dinners extraordinaire a year, inviting a diverse range of interesting chefs from around the world to cook in Donostia.