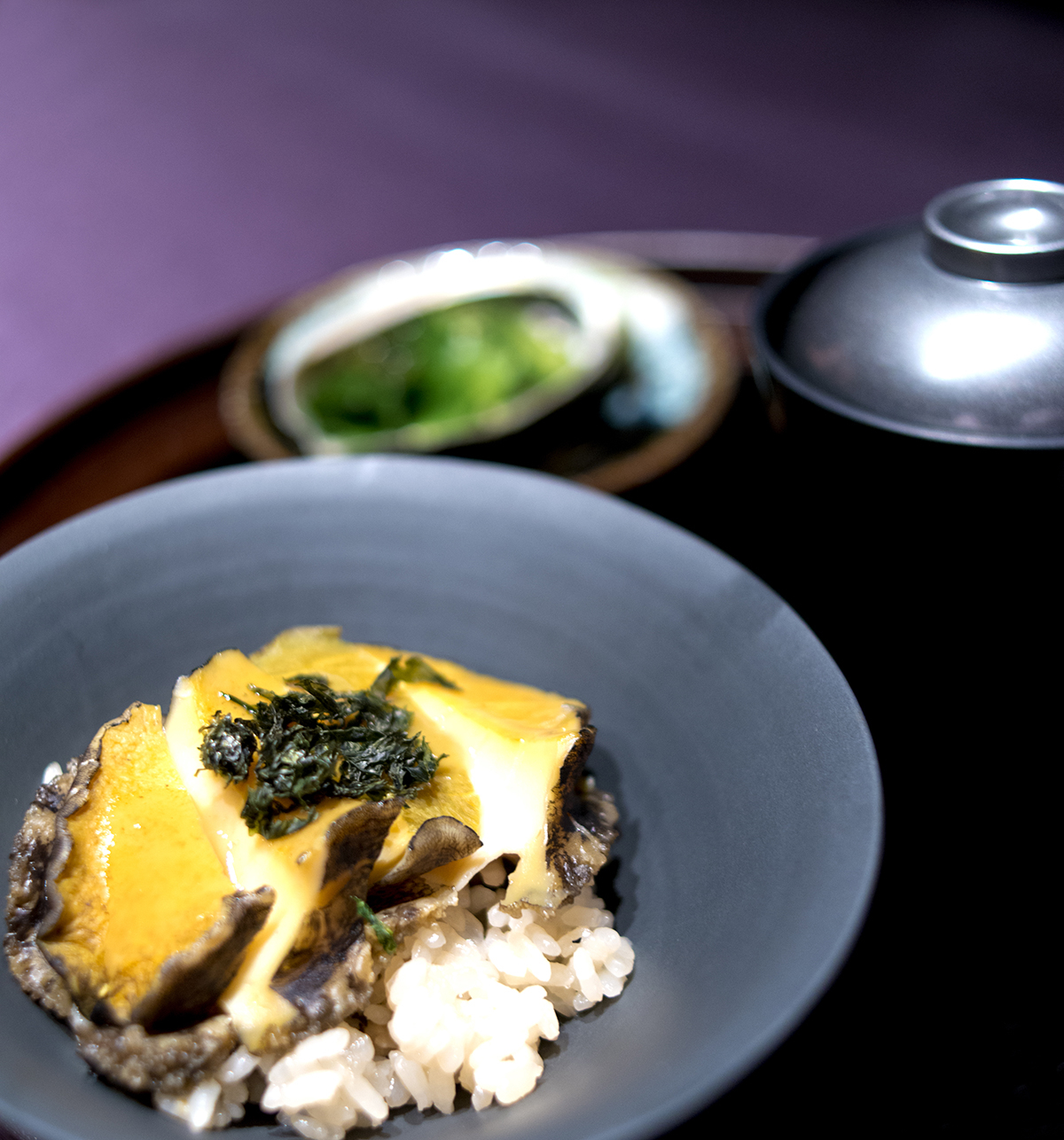 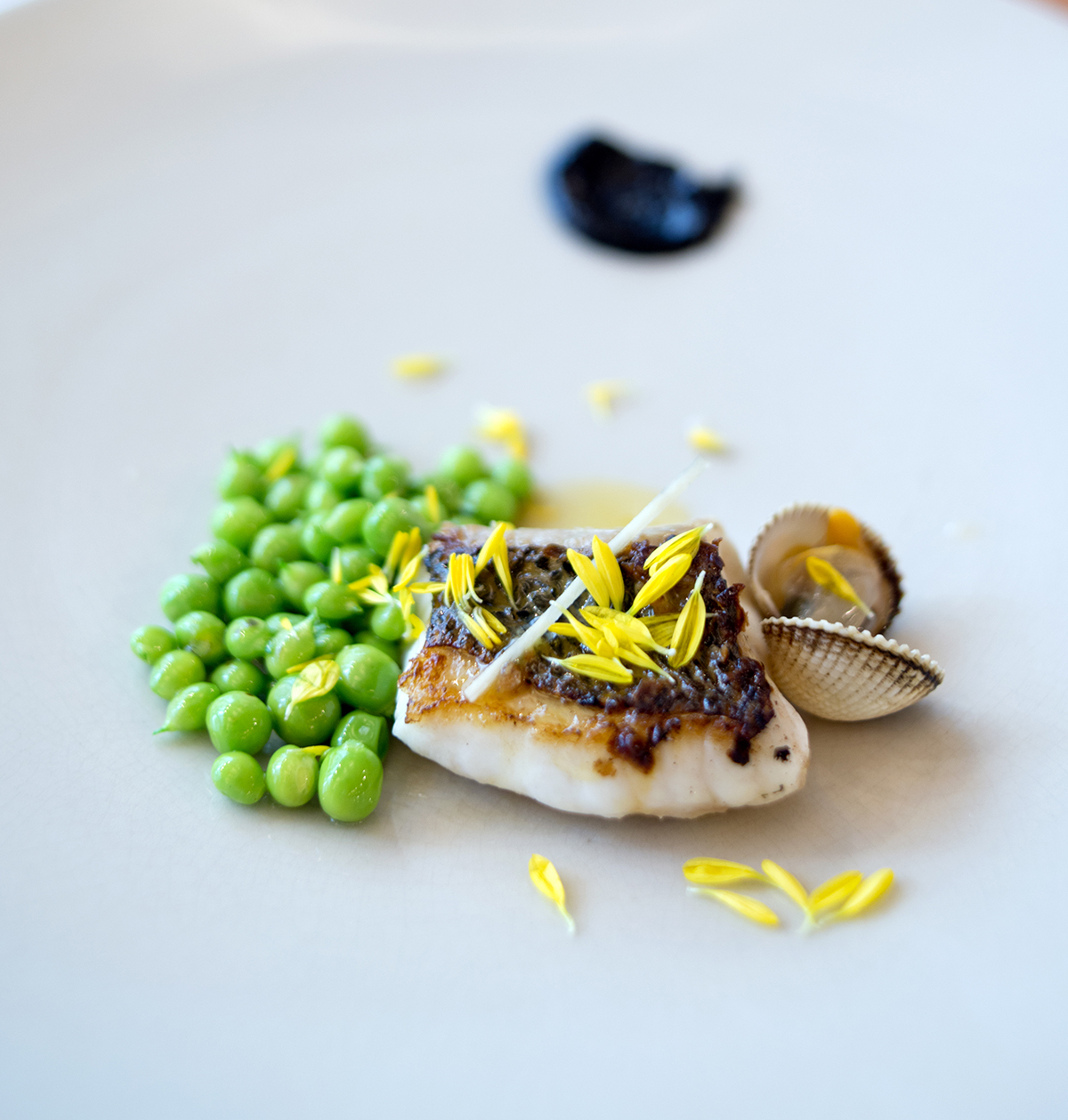 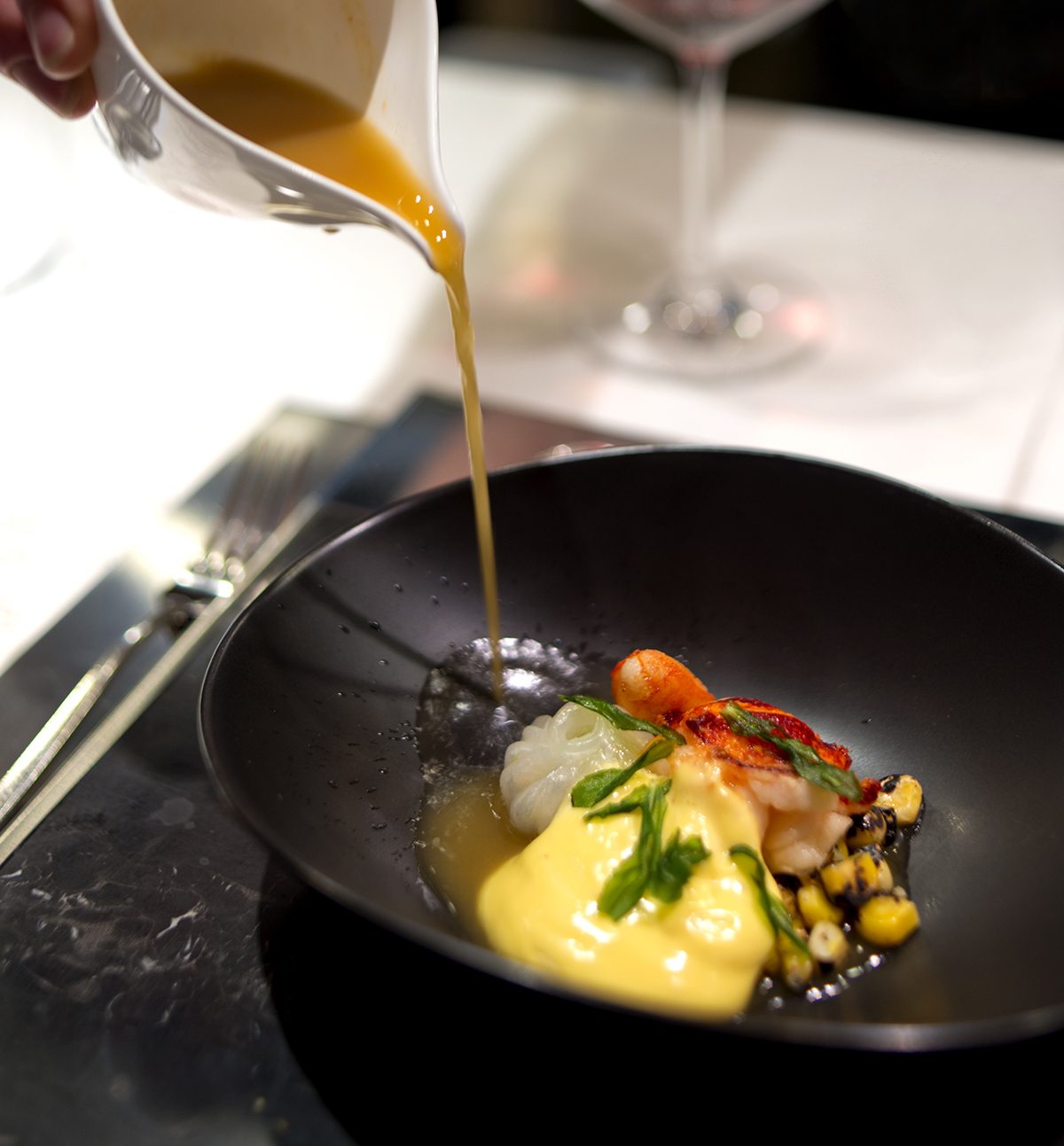 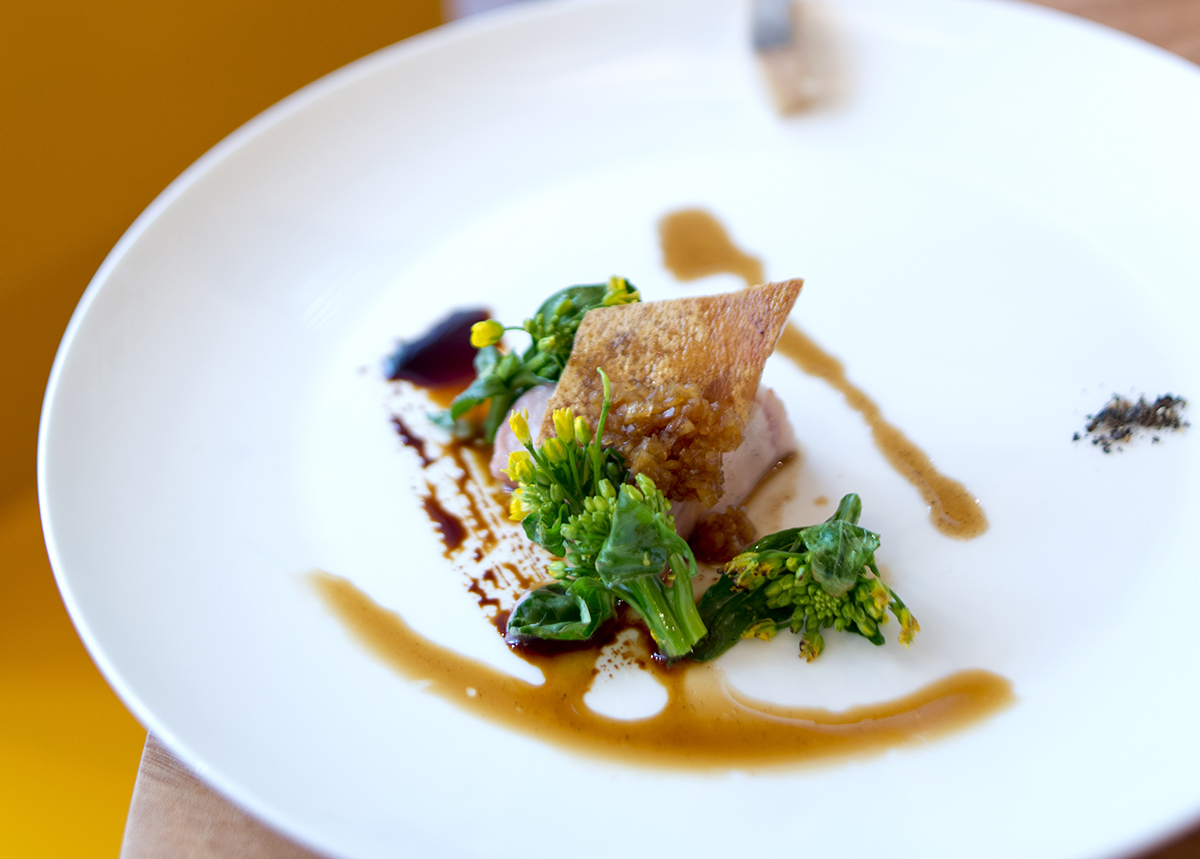 Where are the best eateries in Hong Kong? Evelyn Chen gives every epicurean the low-down on the best places to visit in the culinary metropolis…

In the city that never sleeps, food is a 24/7 obsession.

Fromgong zai min(Hong Kong-style instant noodles), pushcart dim sum, wanton noodles and braised beef brisket to more upscale offerings – like braised goose meat and abalone – from the never-ending list of top-notch Cantonese eateries, one could literally spend the entire day – like we did – hopping from one eatery to another.

If you have ahauteagenda, the options are equally – if not more – thrilling.

At Wanchai’s trendy Ship Street, newly-crowned 3 Michelin-starred Bo Innovation by “demon chef” has been dishing out haute Cantonese cuisine from its buried location tucked on the second story of a commercial building since 2008.

Widely regarded as the enfant terrible of Hong Kong’s dining scene, Leung is known to push culinary boundaries with avant garde cooking techniques and the unlikely marriage of local ingredients like “pat chun” vinegar and Chinese “lam kok” olives with imported delicacies such as sea urchin and black truffles to create his unique brand of “X-treme cuisine”.

Strange as these may sound, dishes from our 13-course tasting menu like the house-made soya sauce braised veal sweet bread and scale-on redfish with dehydrated oil infused with savoury Yunnam ham and dry Mandarin peel were exemplary of the chef’s curiously immaculate East-West pairing.

The foodie crowd seems to be in agreement as evinced by Bo Innovation’s 15thranking on the Asia’s 50 Best list in both 2013 and 2014.

While Leung’s tasting menu is refreshed frequently, expect to find recurring signatures – or variations of these – on the degustation menu, not least the ubiquitous pork broth-enriched molecular “xiao long bao”.

Kowloon rarely makes the radar of food-seeking bon vivant but all this changed in 2012, when Seiji Yamamoto of Nihon RyuGin (ranked no. 5 on 2014 Asia’s 50 Best list) planted a kaiseki outpost – named Tenku Ryu Gin – perched ostentatiously on the 101stfloor of the ICC Tower.

For his first overseas foray, Yamamoto has distilled a decidedly large yet quietly zen space with 48 seats including a stately main dining room with transcendental harbor views and 2 private rooms-with-a-view lined with matt silver wallpaper.

The splendid vista sets the scene for the multi-course parade of blue ribbon dishes by French gastronomy-trained chef de cuisine, Hideaki Sato, who spent 3 years at Ryugin Tokyo before he took the helm in Hong Kong.

Yes, even the desserts alone are worth a detour to Tenku RyuGin.

For serious Francophile foodies, Amber (Asia’s best French restaurant according to the 2013 and 2014 Asia’s 50 Best list) at thechi chiLandmark Mandarin Oriental Hotel is as much a pilgrimage as, say, L’Arpege in Paris.

In an elegant room with floor-to-ceiling glass window and a lofty ceiling festooned with more than 4,000 copper rods, the city’s well-heeled crowd tuck into a menu of sumptuous modern French creations like roasted barbarie duck from Challans embraced by a kiss of cherry vinaigrette alongside a dollop of beetroot puree.

, the hotel’s culinary director, is a native of The Netherlands who honed his craft with some of France’s top culinary legends including Pierre Gagnaire, Alain Passard and Guy Savoy. At Amber, the two Michelin-starred chef has developed a clean and uncluttered style of contemporary French cooking with a singular focus on quality ingredients.

During our visit in Spring, Ekkebus’ signature dish of Hokkaido sea urchin with concordant bedfellows of cauliflower panna cotta, lobster jelly and caviar gave way to an early Spring addition of delicate butter-cooked Brittany abalone on a bed of tomato compote with garlic and shallots, its meat beautifully accentuated by a drizzle of oxtail jus.

While the setting of Amber is all pomp and glam, the newly-opened Akrame at Ship Street is decidedly modest with a boutique 30-seat space framed by walls in muted tones adorned with prints of edgy tattooed women.

That careful, contemporary esthetics carried over to the clutch of seasonally changing seafood-accented tasting menu by up-and-coming two Michelin-starred Parisian chef, , whose resume boasts stints with culinary luminaries like Ferran Adria and .

From our 8-course tasting menu at dinner, a petite portion of sautéed Brittany baby clams on a heap of mint tossed vermicelli was sheer delight as were the briny flavours of Prat-ar-Coum oysters basking on a bed of risotto flavoured with mayonnaise.

A slab of luscious pan-fried Boston lobster dusted with Colonnata bacon (bacon fat from Colonnata) was also a perfect foil for the accompanying savoury beef jus.

Less successful was the grilled pigeon breast – the only meat at dinner – garnished with characterless chickpea puree. But the trio of desserts, highlighted by a dollop of charcoal ice cream with chargrilled pineapples, was exceptional.

If you’re on a modest budget but don’t want to sacrifice on quality, swing by Hong Kong’s coolest new Parisian eatery, Serge et le Phoque, on the fringe of the Wanchai market.

A venture between French restaurateurFrédéricPeneau (former co-owner of Le Chateaubriand Paris), Parisian chef Christophe Pelé (former chef ofLa Bigarrade Paris) and Charles Pelletier (interior designer), Serge et le Phoque is the epitome of the baby bistro trend that has been all the rage in Paris.

But its monthly-changing modernist Parisian fare, which follows a prix fixe route at lunch and dinner, is immaculate (if a little light).

Famous Parisian butcher, Hugo Desnoyer, rumoured to be a minority stakeholder here, supplies all the meats and judging from our stellar mains of pork rack with choy sum, reduced soy and vinegar dressing in pork jus, Desnoyer’s meat is a definite cut above the rest.

The former protégé of Gordon Ramsay first made waves with the 2012 opening of 22 Ships, a cramped 35-seat no-reservations eatery with exposed brick walls and a U-shaped stainless steel-clad countertop wrapped around an open kitchen.

It was such a hit that the queues started forming – they all come for the menu of affordably priced modern tapas headlined by signatures like the moreish Iberico pork and foie gras burger as well as Jamon, manchego cheese and black truffle toastie.

When we arrived at12 noonon a Monday, the restaurant had a healthy, hipster lunch crowd digging into their sharing plates.

New-to-Hong Kong chef, Nathan Green, had recently refreshed the menu to reflect the advent of Spring, while still retaining all-time classics like the potato foamed Spanish breakfast to appease fans

Be sure to try Green’s new creations like the crowd-pleasing sesame oil-marinated Hamachi with wasabi wrapped in Jasmine tea jelly. The cauliflower salad with mushrooms and dollops of walnut pesto, Parmesan paste and parsley puree also won plaudits for the blissful mélange of umami flavours.

If you can’t snag a table at 22 Ships, hop across to Atherton’s Ham & Sherry, which opened across the street last December.

As its name implies, it’s all about the Spanish ham – thinkJamón Iberico De Bellota (40-48 Months) and Iberico Paleta (36 Months) -and more than 50 labels of Sherry on offer.

Still hungry for Atherton’s hipster eateries? Checkout his spanking new Aberdeen Street Social, which was two days shy of opening during our visit.

Tucked in a quiet corner of Causeway Bay on Hong Kong Island, this hotel sports the neoclassical façade of a 19thcentury Parisian building but its rooms – all of which come in muted tones with floor to ceiling windows and a mini kitchenette– are as contemporary as can be. An added bonus for hotel guests is the use of a free smartphone during the duration of stay, featuring complimentary 3G mobile internet surfing as well as free local and international calls (to 5 countries only) – perfect for foodies to research on eating places in between lunch and dinner.