“As one of South East Asia’s most enigmatic and free-spirited capitals, Manila’s dining scene, among other things, never ceases to amaze, delight and even shock”, writes Rowena Marella-Daw. She gives FOUR an exclusive insight into the gourmet scene in the Philippines’ capital…

The concept of fine-dining is nothing new in Manila. What was once the privilege of foreign visitors and society’s higher echelons is now more accessible to well-travelled foodies. As one of South East Asia’s most enigmatic and free-spirited capitals, Manila’s dining scene, among other things, never ceases to amaze, delight and even shock every visitor, including myself, each year I visit my native city. To say that life in this throbbing metropolis revolves around food is an understatement – it is a national obsession. In fact, there’s a revolution of gustatory proportions dividing the city’s dining tables between the grand buffet devourers and gourmet dining devotees – and the latter is winning, as more and more fine-dining establishments open their doors.

Filipino cuisine is as rich and diverse as its history. The creamy peanut-based sauce in Kare-Kare is the legacy of our Malay heritage; a variety of noodle dishes came from centuries of trading with the Chinese, and not surprisingly, 377 years of Spanish colonisation instilled a national obsession with saucy, meaty morsels such as Adobo, Menudo and Kaldereta. Those unfamiliar with Filipino food should expect a mingling of sweet, sour and salty flavours all at once. In fact, even home-grown chefs are rediscovering exotic herbs, fruits, vegetables and fish, and using them to create more tantalising dishes.

Manila’s gastronomic movers and shakers are found within the affluent enclaves of Makati City, Bonifacio Global City, and the much-awaitedbayarea’s City of Dreams Manila, where Chef Nobu Matsuhisa’s eponymous hotel (the first in Asia) and restaurant are set to launch later this year. The economic boom and the popularity of cookery programmes are also flaming the capital’s exciting culinary evolution. Already ahead of the game, Santander-born Chef Luis Gonzalez is conquering local tastebuds with his audacious 14-course degustacion menu at VASK restaurant, the culmination of years spent sharpening his craft at Andra Mari, Arzak, Mugaritz, elBulli, Celler de Can Roca, and Nerua-Guggenheim.

“Why Manila?” I was curious. “Well, maybe Manila chose me,”Luisquipped. ”I was working at Sofitel Manila when a typhoon destroyed my outlet – and since it definitely wasn’t the time to leave the Philippines, I had to start looking for a project. Actually, I had many offers, but I’m definitely not a hotel chef, so together with my partners we created VASK.” Having travelled extensively around Asia, I sensed that Chef Luis feels at home with the laid-back Filipino attitude and culture, which are very similar to his native Spain.

Set in trendy Bonifacio Global City, VASK comprises three dining experiences – a tapas bar, a fine-dining restaurant, and Gallery VASK, an intimate space for only 20 diners. The Gallery’s open kitchen is busy but quiet, and although run with ‘CSI’-style lab precision, the atmosphere is light-hearted and friendly. This is where gastronomy, art and science converge before the diner’s very eyes. Chef Luis describes his style as ‘creative conceptual cuisine’, based mainly on Asian cultural influences. Using local organic ingredients, he combines classic, modern, and molecular cooking techniques to awaken the senses with layers of flavours, textures and colours.

Playful, exciting and often daring flavour parings are evident in the Tuna Pod appetiser, which comes with a delicately flavoured lemongrass ice cream. Even the plates and cutlery used here are works of art, such as the Sea Urchin dish and bowls specially designed to allow scented dry ice to waft with dramatic impact. Memorable dishes include: Ravine, a delectable plate of Aligue (King Crab fat), avocado cream, pumpkin pebbles and coconut (buko) soup; Atlantic, bursting with flavours of Sole, Iberico pil pil, Pansit-pansitan (a local medicinal herb known to heal gout and arthritis), Bok Choy and Crispy quinoa. One of my favourites is Palm Crisp, a coconut sorbet, but not as we know it. A kitchen staff member showed how each mouthful is created – by basting it with liquid nitrogen to make a delicate crust. Light as a feather, it instantly melts in the mouth. Another hit is Sakura (Yuzu mousse, Yogurt sponge, Dalandan crumbs and Sencha ice cream), which transported me to winter-time Japan. Each course is like an art installation, but with plenty of flavour and substance.

On the other side of the fine-dining spectrum, Chef Vicky Pacheco, Executive Chef of Chateau 1771, having been in the business for over 20 years, only knows too well how to satisfy demanding patrons with her ‘No Borders Cuisine’, giving her carte blanche to put her own stamp on Swiss, French and Italian classics. Trained in Switzerland, she returned home after a stint in the US and never looked back. Set at the heart of Makati City’s Greenbelt 5, the iconic Chateau 1771 set the standards high in fine-dining with a host of tried and tested specialities. The Salmon Pillows (Salmon flakes with mango-cream sauce and basil flecks wrapped in golden puff pastry) were delicate, while the Potence (Beef tenderloin flambéed on metal gallows with a hint of brandy) ticked the box for its depth of flavour.

Taking the gourmet dining experience to new heights, literally, was a dream come true for award-winning Chef Jessie Sinsioco. Her latest venture, the 100, Manila’s only revolving restaurant, towers above the city’s skyline from the 33rd floor in Metro Manila’s Eastwood district. From being the very First Filipina Pastry Chef in 1990 to culinary guru and restaurateur, Chef Jessie excels in French, Italian, Asian and Filipino cuisine, although her flair shines through in her inspired use of local ingredients. The crispy Danggit fish and Alugbati leaves in the Alugbati & Micro Arugula Salad in tamarind dressing make a refreshing change from the usual green salad, while the Revolving Torta desserts come in tempting flavours: the Jackfruit and Macapuno flavours are highly recommended, and the Mango Soufflé is exceptional. The dining area’s revolving platform takes some getting used to, although the stunning 360-degree panoramic views of Manila and the mountains beyond arequite breathtaking.

Indeed, as the fine-dining scene in Manila goes through exciting times, it is also nurturing a creative platform for budding chefs on a mission to change the fiercely traditional Filipino palate. Attitudes and tastebuds are gradually shifting, as chefs re-invent, innovate and inspire. Ultimately, inspiration comes from their Filipino heritage and amazing ingredients such as the Ube (purple yam), Langka (Jackfruit), Paco (local fern), Pandan leaf, and Pili nut (from the Bicol region) are just a few waiting to be utilised in creative ways. Our mangos, avocados and pomelos are among the best in the world, and they deserve to take centre stage in the fine-dining revolution. “I believe there is potential in local ingredients that I can show to the international culinary world,” says Chef Luis. “My greatest challenge is to put the Philippines on the culinary map.”

Chef Sau Del Rosario is currently Executive Chef at F1 Hotel’s F Café, and he is poised to take on the role of Consultant Chef when the luxury Cauayan Resort opens in Palawan island. Chef Sau worked at the Peninsula, Shangri-La, Westin and Hyatt Manila, before spreading his wings training under Michelin Chef Christian Plumail of Restaurant L’Univers in Nice, which led to work at the Michelin starred Restaurant Le Divellec in Paris.

Friendly competition nurtures creativity, as witnessed by Chef Rolando Laudico, judge and host of Celebrity Chefs Philippines. He studied at the Culinary Institute of America and trained at restaurants in France, Australia and New York, before setting up Bistro Filipino in Manila.

The Goose Station was awarded “Best New Comer”, while husband and wife Chefs Roberto and Sunshine Pengson garnered the “Best Emerging Talents” award for 2010 in Manila’s Best Kept Restaurant Secrets. Chef Rob graduated from the California Culinary Academy in San Francisco and worked in the US, cooked in Australia, and trained in Japan as an apprentice. He pioneered the opening of the Epicurean Lab, the culinary science department of the Global Culinary & Hospitality Academy in order to promote the culture of modern gastronomy. And it’s not often you hearabout a female chef with two University degreesfor Chef Sunshine Puey-Pengson, a career in Psychology and Education didn’t quite cut it. Instead, she pursued a culinary path training at Tante Marie’s Cooking School in San Francisco, Institute of Culinary Education in New York and at the Ecole Ritz Escoffier in Paris. Returning to Manila, she worked as a caterer for eight years, specializing in tasting menus.The Goose Station was also voted as Top 100 in Asia and Top 3 in Manila in the 2011/2012 Miele Guide. 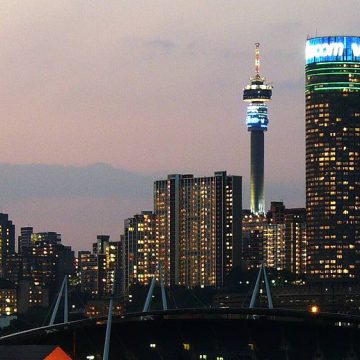 FOUR speaks to Philippino chef, Myke Sarthou, about putting Philippine food on the map ahead of his appearance at the Madrid Fusion Manila, the first and only Asian edition of Madrid Fusion.