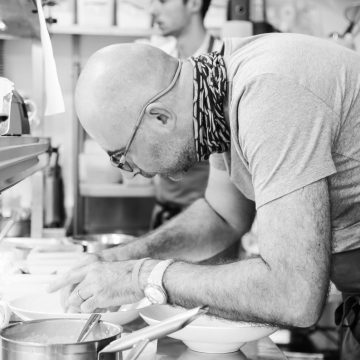 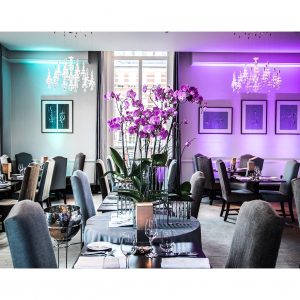 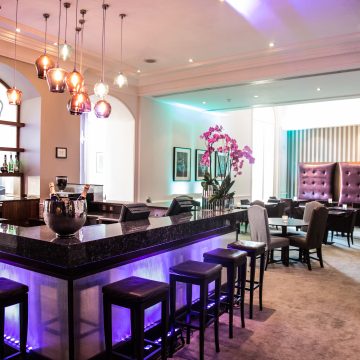 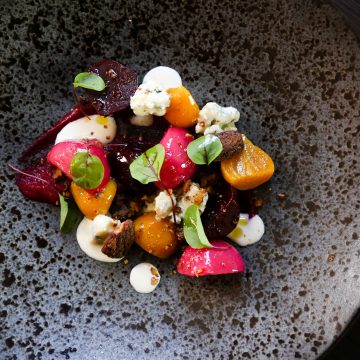 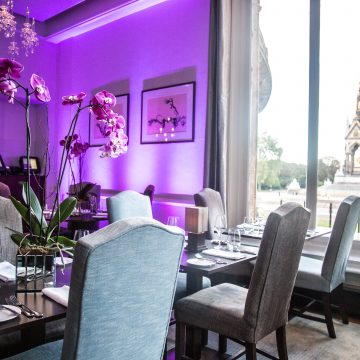 Fine dining in a royal setting

Find out what makes CODA by Éric Chavot at The Royal Albert Hall the perfect support act to your evening, according to Maxime Jacovella.

Ever since its opening in 1871, The Royal Albert Hall, affectionately called “The Nations Village Hall”, has housed some of the country’s greatest artistic events; with its architectural grandeur ranking it as one of the United Kingdom’s most recognisable and loved buildings. It is in this iconic venue noticeably, that former tennis Grand Slam Champions, World No.1’s and national icons compete in IMG Champions Tour final, which we were lucky enough to attend.

It is also here that, Michelin-awarded chef, Eric Chavot, of the Aquitaine region in France, is acting as consultant chef for the venue’s fine dining restaurant: CODA. Following the completion of his training in his home country, Eric chose to ply his trade in the UK where he rose to prominence at Le Manoir aux Quat’ Saisons under Raymond Blanc’s leadership. Glory came to him when, seven months after opening his own restaurant in Mayfair, Brasserie Chavot, he was awarded his first star. At CODA Chef Eric aims to provides the customer with a variety of beautifully worked, presented and refined French-inspired dishes.

We wind ourselves round the circumference of the Second Tier Corridor in search for CODA. The spherical shape of the building and the fact that it is multi-tiered means that you can easily get lost so do ask for directions. With much anticipation, we discover at door 12 and to our surprise, a small but perfectly formed room with nonetheless a 90-cover dining space with a roomy bar area. CODA has a sober feel to it with velvety dark grey chairs and magnificent arched windows which give it a unique sense of light in the day.

We are greeted by Jose, our Spanish waiter with an impeccable English accent, and kindly brought to our table, set under a stunning Swarovski chandelier and facing the wonderfully lit Albert Memorial in Hyde Park. With a glass of Laurent-Perrier in hand, we toast to the beginning of a memorable and fun evening in a setting that is very hard to beat.

Whilst the seasonal menu features some classics, it is clear that Chef Chavot’s commitment to using the freshest ingredients cooked with spirit and imagination, albeit simply, is immediately felt, with our pallets whole heartedly agreeing. We indulge in the beef tartare with a poached quail’s egg, Iberico and quince salad with goats’ cheese mousse followed by the pan-seared brill, ink linguini with fresh herbs and mustard velouté and of course, the “crowd pleaser”: sirloin tournedos with triple cooked chips, onion rings and peppercorn sauce.

Mid way through our pistachio chocolate “pot de crème”, which I guiltily think could have been the highlight of the evening, we hear a voice on the speaker letting us know that the players are warming up and that we are to attend our seats as soon as possible. We swiftly walk around the perimeter of the building some more, till we reach our destined box and enjoy a truly wonderful spectacle.

*Open only on performance nights and accessible to guest with tickets to shows.