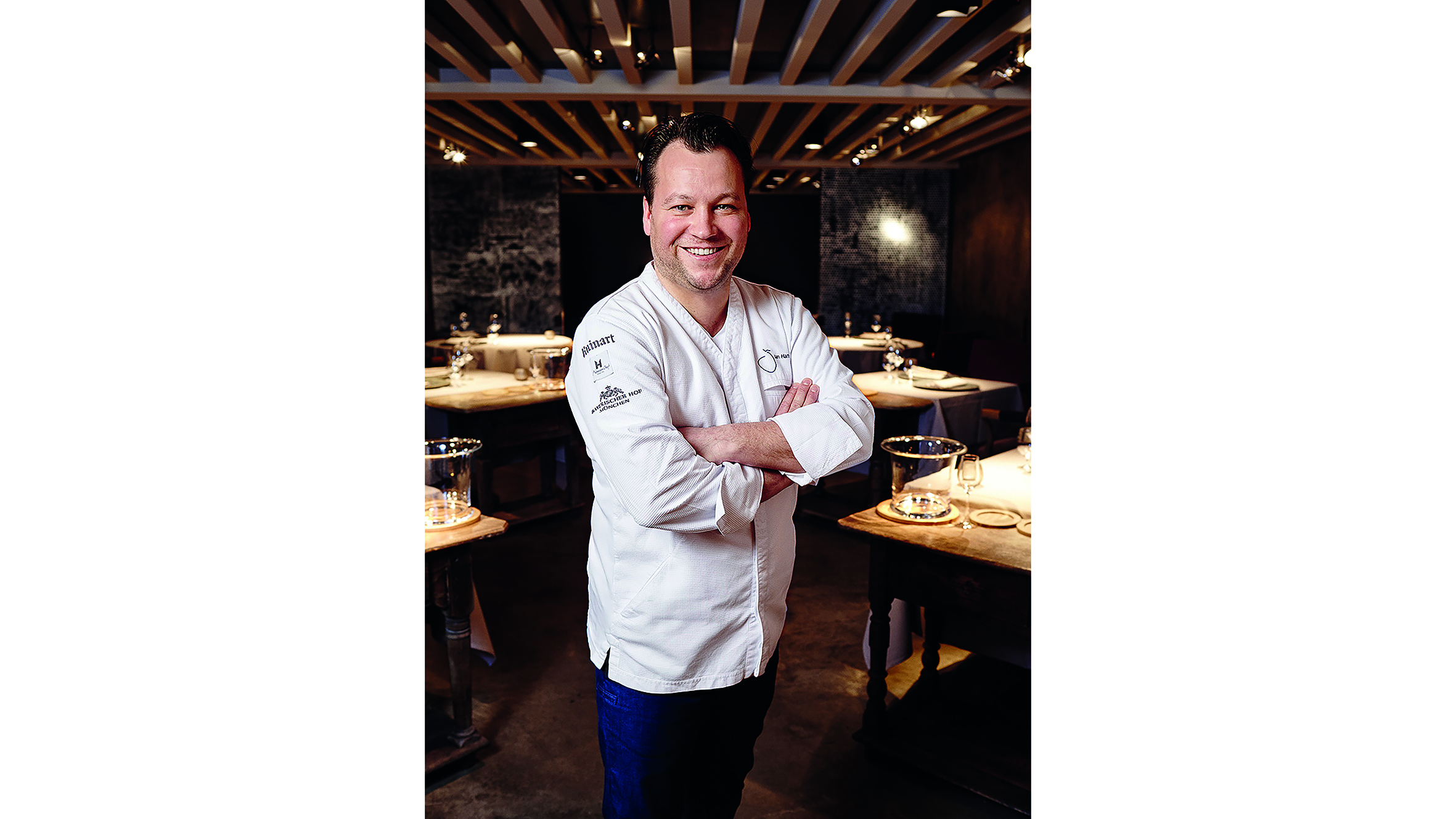 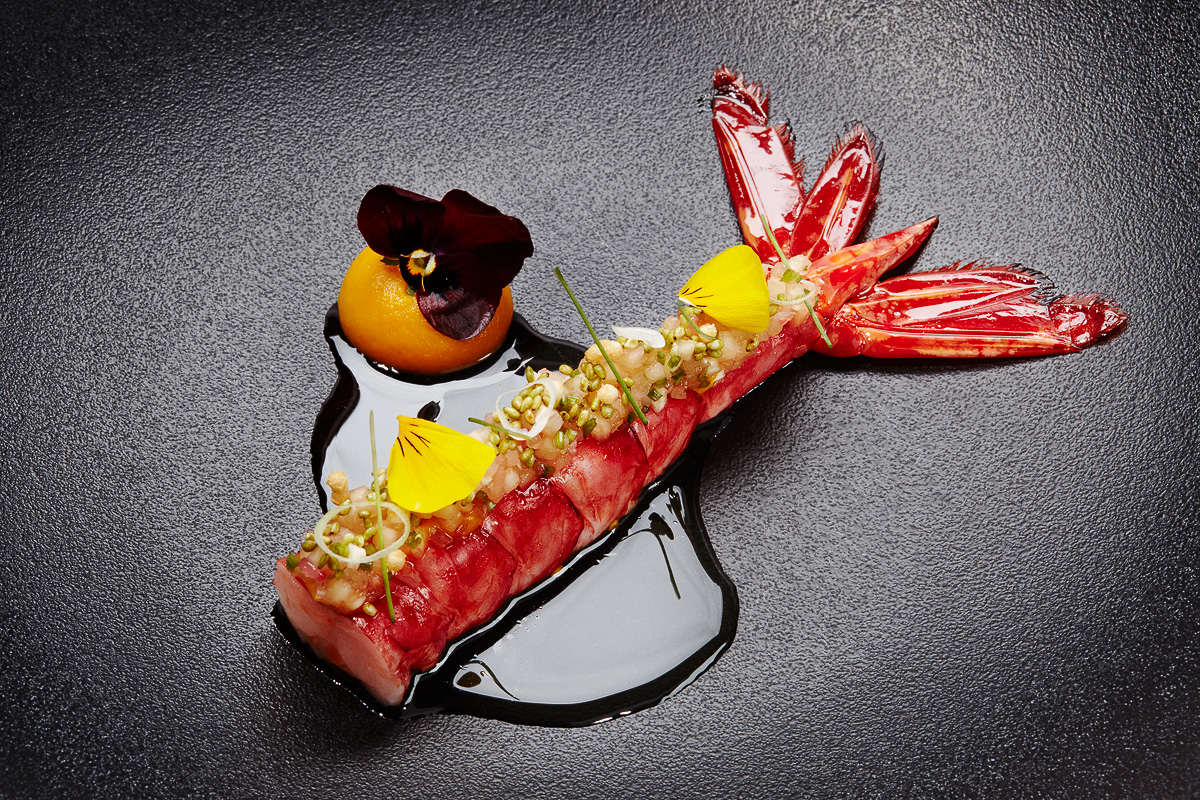 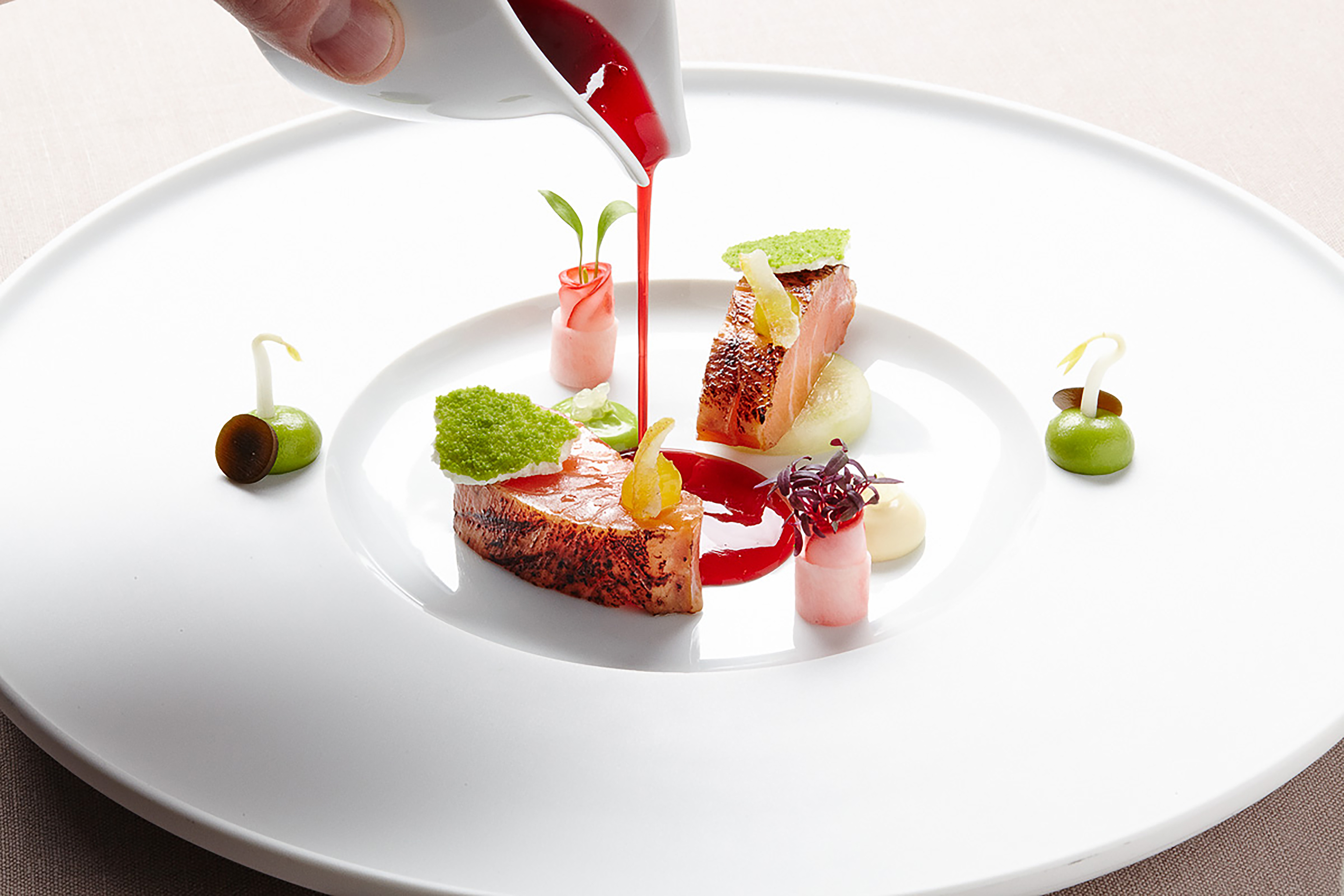 As Chef de Cuisine of Atelier at Hotel Bayerischer Hof in Munich, it’s clear to see that 34-year-old Jan Hartwig is no newbie to the gastronomic business.

Jan Hartwig has not just happened upon this career: he is a talented, hardworking chef who has continued to set high standards for himself and for his kitchen team, ever since he first started cooking at the age of 17. As a result, a mere six months after Hartwig’s arrival in 2014, the Atelier restaurant maintained its Michelin star. Further to this he gained his own accolades: Newcomer of the Year 2014 by the FAZ, 17 Gault Millau points. After only 18 months at Atelier, Hartwig was then awarded a second Michelin Star and 10 Gusto pans, adding to his great list of successes so far.

Jan’s culinary story begins, like many, in his youth. Growing up in the Lower Saxony town of Helmstedt in Germany, he decided early on that cooking was where his passions lay. “My father is a chef, and ever since I can remember it was quite clear to me that I become one, too. He was a big role model when it came to my work. When he was younger, he would save his money and drive hundreds of kilometres to have dinner at Eckart Witzigmann’s Tantris residency in Munich just to drive back on the same day.” He gained full support of his family, and happily waited 10 years before he could finally start the cookery training that would eventually help carve a space within the German culinary elite.

Following his initial culinary training at Dannenfeld restaurant in the German city of Braunschweig, he passed through some of Germany’s most renowned kitchens: Kastell, the two-star restaurant of Christian Jürgens, Wernberg-Köblitz, in 2005; Klaus Erforts’s GästeHaus Erfort, Saarbrücken, from 2006 onwards; and joining the team at Aqua, at the Ritz-Carlton in Wolfsburg, under the tutelage of Sven Elverfeld.

“I’ve been in this business now for 18 years and have been able to work with prestigious name such as Christian Jürgens and Klaus Erfort, and seven years with Sven Elverfeld. After these very instructive years I was keen to start a new challenge in 2014. And Innegrit Volkhardt [of the Hotel Bayerischer Hof] gave me plenty of scope to define a new concept. The only condition was no foie gras on the menu due to ethical reasons, which was no problem at all. She always supported me to go my way and to develop my skills. The technique was always there, but I certainly sharpened my cooking wits – precise acidity, powerful flavours and such.”

Unsurprisingly, with the creative freedom he was allowed to enjoy at Atelier, Hartwig and the team proved that job satisfaction translates into masterpieces on the plate. He was awarded Chef of the Year 2016 by renowned gourmet magazine Der Feinschmecker, as well as holding on to his coveted two-star Michelin accolade. Asked whether the success has taken him by surprise, the ever-modest artist says, “Yes and no. First of all it’s about offering a great experience to your guests and to make them happy. But of course you set yourself pressure to achieve your own goals. Not just to get a Michelin star, but also to create a great dish. But I have to say, the second star was a great surprise and a gift for all of us, which I’m very grateful for.”

Jan is a chef who is serious when it comes to cooking. He is not in it for the trends, fads or fame; he is a chef who creates because that is how he best expresses himself. “The focus should always stay on the development of our dishes and menu,” he explains.

At Atelier, he is constantly striving to stay true to a sustainable way of cooking through his choice of products and methods, with the main attraction always being the quality of the food. “We even wanted to make sure that the interior does not distract people from the dishes we serve. I love Atelier a lot. It’s timeless, sophisticated and warm but also very elegant, right down to the last detail. It approaches every generation. I wouldn’t change a thing.”

The food at Atelier is based on classic haute cuisine, while also staying contemporary. “I aim to cook very good in a classic manner, but with a wink.”

The resulting creations are modish but without any unnecessary distractions or extras; the product always remains a priority in his kitchen. “I don’t just focus on local products, which means that if I can get my hands on a good pigeon from France, I take it. I prefer to choose good quality over provenance, but there are also samples where I did create dishes with a relation to our region – one with a Radler [German shandy], for example.”

Naturally, having honed his skills with masters in the business, you can notice hints of what he has learned from each of his mentors. Jan’s independent style of cuisine is a nod to Sven Elverfeld’s characteristic cooking style that creates a harmony of aroma, flavour and texture. Asked whether there is a signature dish at Atelier, he says, “I would say the Carabiniero ‘Thai Style’ evolved to be my signature dish. It’s a very aesthetic dish, focused on the exact definition of taste. The perfect product is the key to it,” says Jan.

In true artistic style, Jan’s dishes often connect to a personal memory of his and are reminiscent of stages in his career. From this base, he then takes traditional cuisine as an inspiration to tell his own contemporary story through an exciting gastronomic journey. “Everyone has to find their own ways to reflect the principles of fine dining, but I think in general the trend goes back to ‘reasonable’ portions rather than small dishes everyone is secretly joking about. The product has top priority, but taste is the second-most important factor.”

Having a solid background in the culinary arts, Hartwig is also not afraid of evolution. “Cooking is becoming more and more technical, like football, and everything goes at a faster pace that you can see all over social media.” Jan is a chef who is aware of changing approaches to gastronomy and understands that progression is part of the creative process – something that helps him remain almost unrivalled on the gastronomic scene, the full extent of which can be enjoyed at his ‘artist’s studio’ at the Hotel Bayerischer Hof.