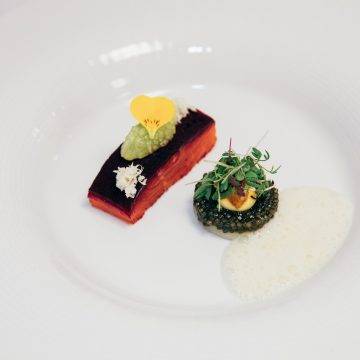 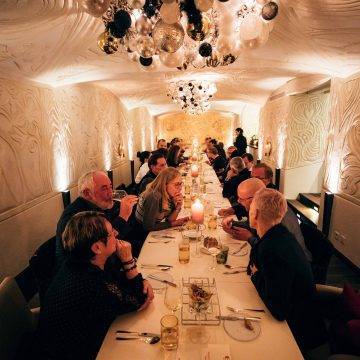 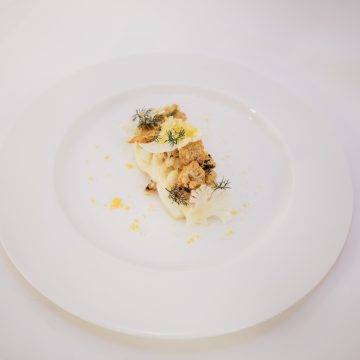 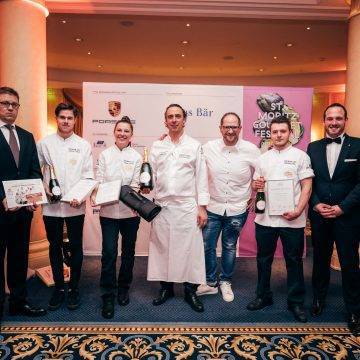 Ten top international female chefs combined their culinary prowess with the exceptional skills of the host Executive Chefs from the festival partner hotels to serve up pure delight at the St. Moritz Gourmet Festival 2020.

Over nine days, more than forty different pleasure-filled events took place at St. Moritz Gourmet Festival 2020, with the festival experiencing a tremendous reception from the guests this year. The likes of guests in attendance at the 2020 edition have never been seen before in the history of the cult festival, which ended on a spectacular note with the magnificent Porsche Gourmet Finale at the Suvretta House.

This year, for only the second time in the history of the St. Moritz Gourmet Festival, ten top female chefs from the international fine dining scene were invited. Women’s incredible power in gastronomy was a constant theme upheld by organisers throughout the event, highlighting that women can too stand in the spotlight. Fabrizio Zanetti, culinary director of the festival and Executive Chef at the festival partner hotel Suvretta House in St. Moritz, showed he had the Midas touch with his selection: the top female chefs Lanshu Chen from Taichung, Bel Coelho from São Paulo, Carolina Bazán from Santiago de Chile, Renu Homsombat and Bee Satongun from Bangkok, Emma Bengtsson from New York City, Kamilla Seidler from Copenhagen, Cristina Bowerman from Rome, as well as Asma Khan and Judy Joo from London formed this year’s line-up.

Two Michelin-starred Swedish chef Emma Bengtsson from New York City said: “Never before have I experienced such personal interaction with the guests and other chefs. It was a fantastic experience to make the taste of my home country accessible to the festival guests here.”

Asma Khan, smiling from ear to ear, said: “The hospitality and the support I experienced from my host, Executive Chef Mauro Taufer and his team at the Kulm Hotel St. Moritz, surpasses everything, even what I’m used to in India. Everything runs like Swiss clockwork. Within next to no time, I had the freshest ingredients of incredible quality here at my disposal with which to prepare my authentic Indian dishes.”

The multi-national blend of Taiwanese, Brazilian, Chilean, Thai, Scandinavian, Italian as well as Indian and Korean culinary culture combined with the excellent culinary skills of the local Executive Chefs at the partner hotels fascinated around 4,000 guests during the course of the festival. A real success for the organisers explains Martin Scherer, President of the St. Moritz Gourmet Festival Association: “Along with our official events, the Gourmet Dîners at the partner hotels as well as the special events, were all fully booked”,

“Women have the power”, was the takeaway from Bel Coelho, who rocked the culinary Upper Engadine as guest chef of Executive Chef Fabrizio Piantanida at the Grand Hotel Kronenhof in Pontresina. “To have such a massive joint presence and also to be able to extend our network amongst ourselves is absolutely terrific”, said Italy’s most influential female star chef Cristina Bowerman, who was guest chef with Heros de Agostinis at the Carlton Hotel. “The days have been very intense – but there was always a smile”, relates Lanshu Chen, “and I myself am able to take home many enriching experiences from the excellent collaboration with Fabrizio Zanetti at Suvretta House”.

This peer collaboration between local chefs and guest chefs has defined this cult festival from the very beginning, setting it apart from any other international culinary festival explains Fabrizio Zanetti: “The festival period intensely inspired both sides. Exotic ingredients from the home countries of this year’s female guest chefs, unknown to us until now, will certainly become a part of our own new creations – the personal networking between guest chefs and local chefs will have a positive effect in the long-term, far beyond the days of the festival.”

On the final night of the festival, the Porsche Gourmet Finale at the elegant Suvretta House culminated nine days of festivities with a lavish celebration. To begin, five local chefs spoiled the guests with delectable appetizers at the champagne reception, before guest female chefs Emma Bengtsson, Cristina Bowerman, Kamilla Seidler, Bee Satongun and Asma Khan each prepared one course of a spectacular gala menu. Annina Campell brought her charm to the event as presenter while live band, the Walter Ricci Quartet, provided atmospheric music.

The motto “ladies first” was prominent at the evening’s grand announcement and presentation ceremony for this year’s best Young Engadine Talent. At the competition of the same name – held prior to the festival for the ninth time already, but for the first time in association with the Swiss Hotel & Gastro Union – it was Chiara Courtin who was selected as top of the participating trainees by a specialist jury thanks to her excellent skills. The cookery student, who is now in her third year of apprenticeship under Executive Chef Fabrizio Zanetti at Hotel Suvretta House, can look forward to enjoying her several prizes, among them a period of training with master chef Rolf Fliegauf at Hotel Giardino Ascona, as well as a training weekend with the Swiss national junior cooking team. Maximilian Thöny from Hotel Waldhaus Sils and Marino Taisch from the Consorzi Chasa Puntota in Scuol who placed second and third respectively, were both announced and presented before a major audience on the evening of the finale.

The highlight of the magnificent evening was the presentation of diplomas and gifts to the guest female chefs and the local chefs by Michael Glinski, CEO of Porsche Schweiz AG, festival Title Sponsor & Official Car.

The date of the St. Moritz Gourmet Festival 2021 will be announced soon, and until then, current news can be found on the website, Facebook and Instagram.