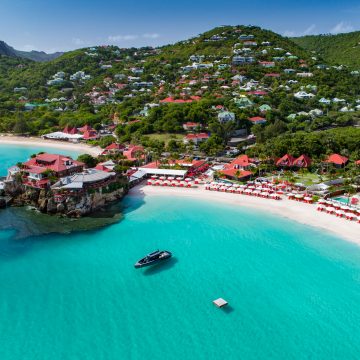 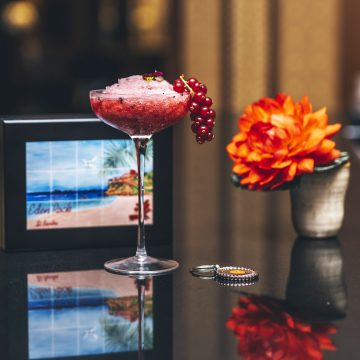 From 10 September until 2 October 2019, The Lanesborough London’s much-loved Library Bar will be transformed into a tropical paradise as it welcomes the iconic Eden Rock – St Barth for an exclusive pop-up.

The pop-up marks the celebratory re-opening of Eden Rock this November after its extensive two-year renovation post-Hurricane Irma. The St-Barths bartenders have collaborated with their London counterparts to create a special menu for the pop-up, which will be served in the Library Bar’s transformed backdrop, featuring Eden Rock memorabilia from the island and an abundance of Caribbean vegetation.

The menu includes Eden Rock’s epochal Frozé cocktail, a refreshing twist on the summer classic, with £1 per drink sold donated to the local non-profit charity, INE (Island Nature Experience), which played a vital role in the emergency relief effort in St Barths following Hurricane Irma. Guests ordering a Frozé also have the chance to enter a draw to win a 3-night stay at Eden Rock – St Barths in a newly renovated room, after it opens its doors on November 20th.

Other special drinks include the Unbelievable Banana Old Fashioned and Chili Chili Bang Bang, whilst Céleste’s Michelin-starred Executive Chef Steeven Gilles has created a menu of delicious dishes to complement the tropical-inspired drinks, including lobster nachos and a sushi tray.

Eden Rock – St Barth, which also forms part of the prestigious Oetker Collection of hotels, will reveal its complete transformation and restructure on November 20th. Led by the Eden Rock Design Group and Martin Brudnizki, the hotel boasts new rooms and suites, a new bar and restaurant and a reimagined spa concept. Read more about the hotel here.

To find out more about the #EdenRocksLondon pop-up, visit The Lanesborough London’s website.