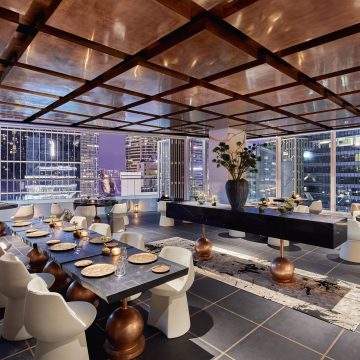 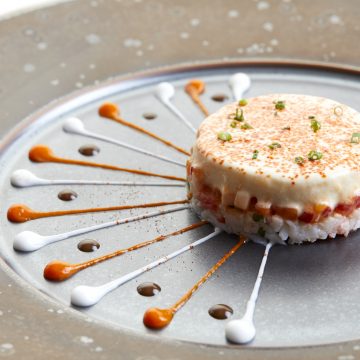 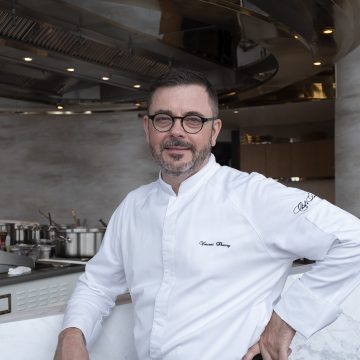 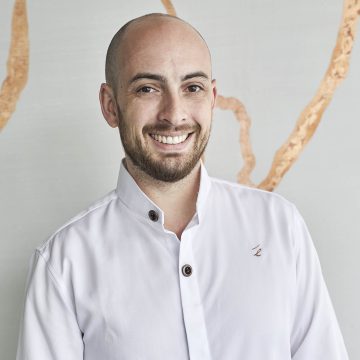 Vincent Thierry will join forces with Écriture’s talented chef, Maxime Gilbert, and together, the two pioneering French chefs will present an exclusive 9-course joint menu featuring creative French cuisine priced at HK$2,880 +10% per guest for one night only on Monday 12 August.

Vincent, who is a native of the Loire Valley – a lush area of France renowned for its exceptional produce – describes his culinary philosophy as “classic French cuisine with simplicity and unpretentiousness”. Thierry selects to cook with only the best and preferably organic products. At his restaurant, The Chef’s Table, he adheres to an 80/20 principle; 80% of the produce is sourced in Thailand, with the remaining 20% consisting of premium imported products that cannot be found locally.

After honing his culinary skills in Michelin-starred kitchens throughout France, Vincent was headhunted by the renowned Le Cinq Four Seasons Hotel George V, Paris, to open the now celebrated 3-Michelin-starred Caprice at the Four Seasons Hong Kong. Thereafter, the chef opened The Chef’s Table in March 2019. Situated on the 61st floor of lebua in Bangkok, The Chef’s Table has garnered much attention in the culinary world since opening, receiving high praise for its innovative yet classic cuisine that pays homage to the rich history of traditional French cuisine.

Maxime, who is too a French native, takes culinary inspiration from his home country whose cuisine is rich in culture. From a young age, Gilbert nurtured his love for food and his aspiration to become a chef.  After staging in a variety of restaurants in France and Scotland, Maxime worked in Michelin-starred kitchens from early on. One of his most notable positions was as Chef de Cuisine at 2-Michelin-star Amber restaurant at the Landmark Mandarin Oriental, Hong Kong from 2013 to 2016.

The full 9-course collaboration menu for the Maxime and Vincent’s upcoming four-hands dinner is as follows:

Caviar Bone Marrow | Ecriture
Royal caviar club hybrid is a blend of the pickled roe of a mature 8-year-old sturgeon.

Kuro awabi | Ecriture
Kuro awabi or abalone is an edible mollusk that lives in warm seas, with a shallow ear-shape.

Cherry Tatin | Ecriture
A pastry in which the fruits are caramelized in butter and sugar.

Japanese Citrus | Ecriture
This is a sour citrus that Japanese are very familiar with, much like Yuzu. The fruit is soft, juicy and very sour with a distinctive flavor.

To reserve a spot at the four-hands dinner, visit www.ecriture.hk / www.ikky.com

For events with more than 10 guests, contact ManagerEvents@lecomptoir.hk for more information.