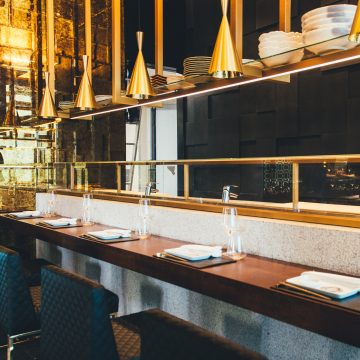 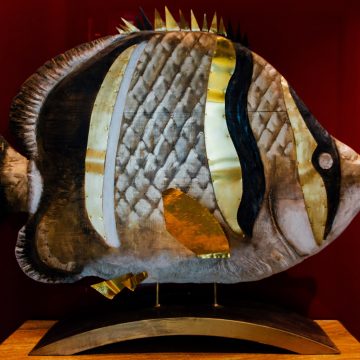 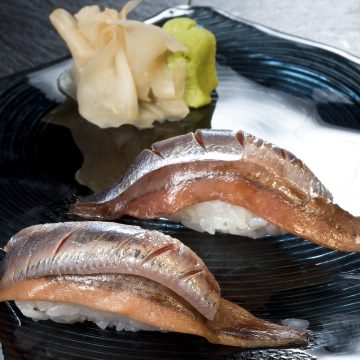 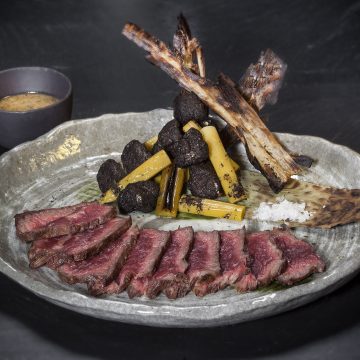 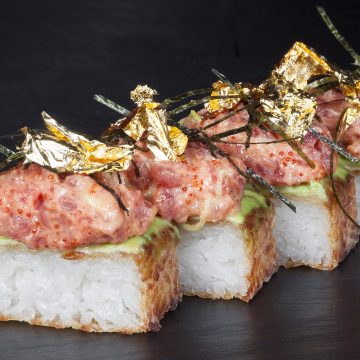 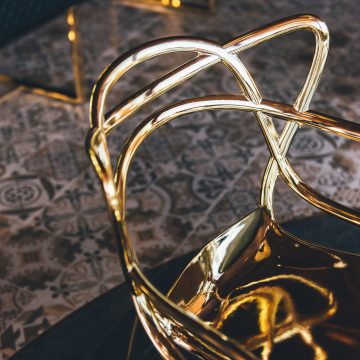 Maxime Jacovella navigates through the impressive menu at 99 Sushi Bar and Restaurant, at the brand new Four Seasons on Al Maryah Island in Abu Dhabi.

Folk that are familiar with the “99 Sushi Bar and restaurant” brand, will know that this is a high-end Sushi chain of restaurant hailing not from Japan, but from Spain with four properties in Madrid, one in Barcelona and a recent opening at the new Four Seasons on Al Maryah Island in Abu Dhabi. If, on the other hand, you are unacquainted with it, as was I, then you may be wondering how an earth a restaurant originating from Madrid, and serving haute Japanese cuisine could ever meet the standards required to open up at a property as prestigious as the Four Seasons, giving the likes of Zuma a run for its money at that.

Getting to 99 Sushi Bar will require you to navigate through the elongated corridors of the impossibly luxurious Galleria Mall with the mezzanine level, accessed via an escalator, housing the newly opened restaurant. The remarkable and beautifully designed water feature which sees water gently and fluently cascading down a golden glass panel marks the entrance of 99 and will no doubt entice you to experience its interiors. Gold runs deep within the brands identity revealing itself in various forms and shapes from the silver wear, to the light fixtures and gold incrusted patterns on the wall right down to the paper holder which binds the chop sticks together; providing the space with un-paralleled sense of classiness.

Whilst there is a distinct Asian feel to the restaurant, highlighted by the numerous bottles of sake that share the shelves of a beautiful glass made cellar with vintage wines and champagnes, I also enjoy noting how it proudly holds onto its Spanish heritage, embodied by the crafty mosaic of tiles, fitting to the flooring of a quintessential Spanish tavern on the side of a dusty track leading to St Jacques of Compostella. First impressions count, and at 99 Sushi Bar, mine were excellent.

Our table, situated on the terrace, is without question the best spot in the house. We are graced with panning views of Abu Dhabi’s craggy, electric and lit up skyline, contrasting the calmness and serenity of the Arabian Sea. The venue oozes elegance and its capacity of only eighty covers, helps it retain a sense a much-welcomed sense of intimacy.

The menu is concise, intuitive to Japanese cuisine and will have you longing to try some of the house signature dishes. It was a true culinary voyage that my taste buds were about to embark on. We kick start the evening with the tuna tataki, a traditional Japanese dish where the outer perimeter of the thinly sliced flesh is ever so slightly seared, and speckled with sesame seeds. The delectable sauce drizzled on top, consisting of a soy sauce reduction, coriander-infused oil and passionfruit is what makes this dish truly unique, and will have you longing for more.

Our second serving puts a Japanese spin on the other wise classic Portuguese dish of King Prawn tempura. It comes with a lightly spiced Kimchi sauce and is served on a bed of fresh garden lettuce. Contrary to popular belief, tempura actually originates from the land of Vasco de Gama. It was popularised by Japanese folk who had drawn culinary inspiration from Portuguese missionaries and merchants who traded in the region of Nagasaki. This dish is particularly strong, very flavoursome and utterly moreish.

The spicy tuna tartar, which tastes as incredible as it looks, is our third dish and raises the bar even higher. Here, the sliced tuna, exquisitely fresh and full of flavour, is mixed in with a kimuchi sauce, garnished with pickled vegetables and shoestring chips, which contrast the softness of the tuna with a well-worked crunch.

The lobster maki with sake, wakame seeweed, cucumber and yuzu is equally as delicious and had my palette’s attention well and trully captivated.

To finish what has been an incredibly tasty tasting menu, we are served “la piece de resistance” championed and rendered famous by nobody else but Nobu, the Black Cod. It is easily what I have been looking forward to the most, and whilst the flavouring is on par with that of the Japanese maestro, the dish lets itself down slightly due to the texture which feels more “gooey” than it should. Whilst I was a tad disappointed, the staff took to the feedback positively.

Aside from the sushi and fish-led options, diners can enjoy a range of Wagyu-based dishes including the succulent rib-eye or carpaccio, as well as the mouth-watering and beautifully presented corn-fed chicken.

99 Sushi Bar was truly impressive, in terms of ambiance, flavours and immaculate service. A real positive addition to the Abu Dhabi food scene, which will no doubt shake up the status quo of the Japanese fine dining scene in the UAE, and perhaps across the rest of the region too.