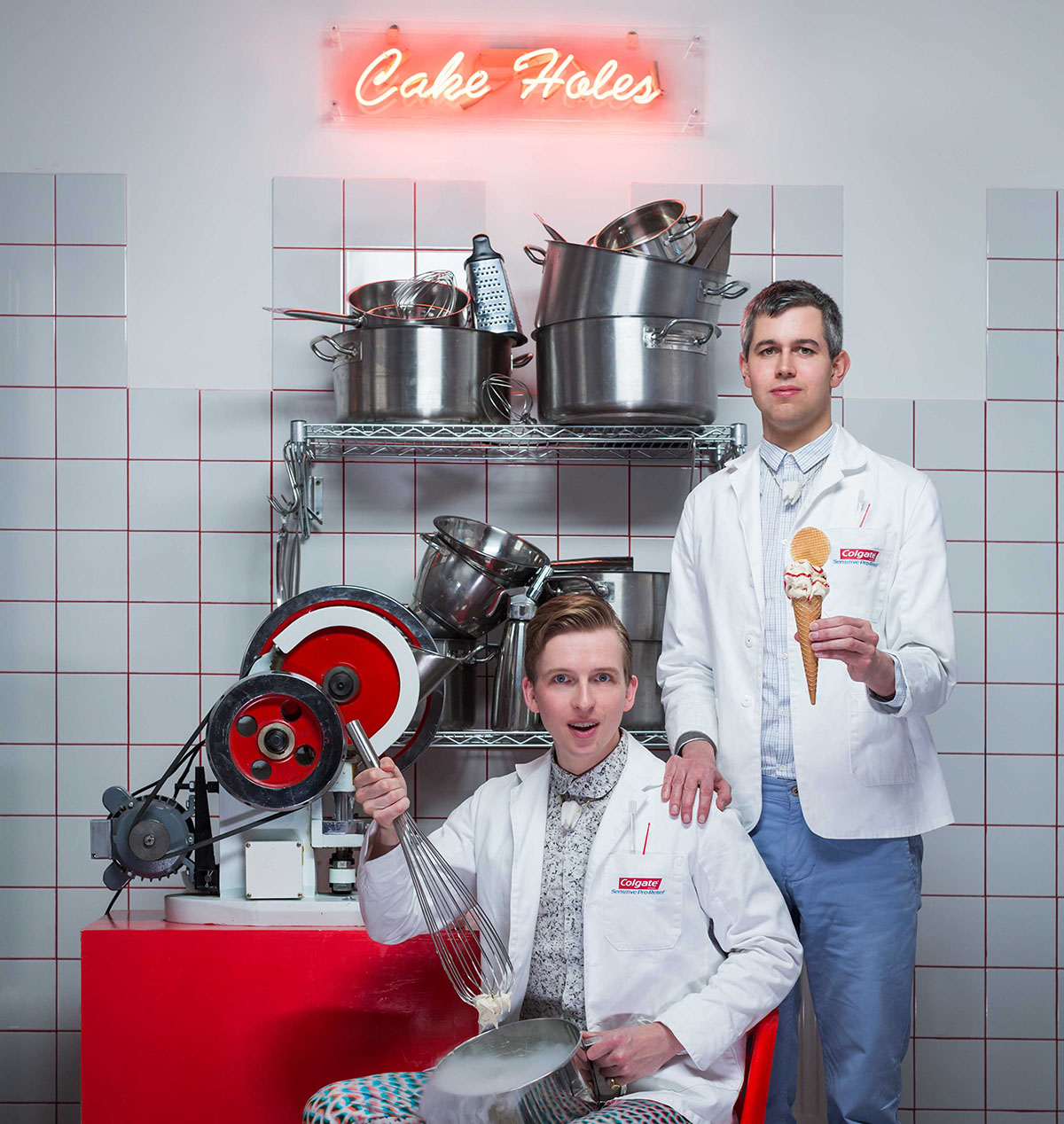 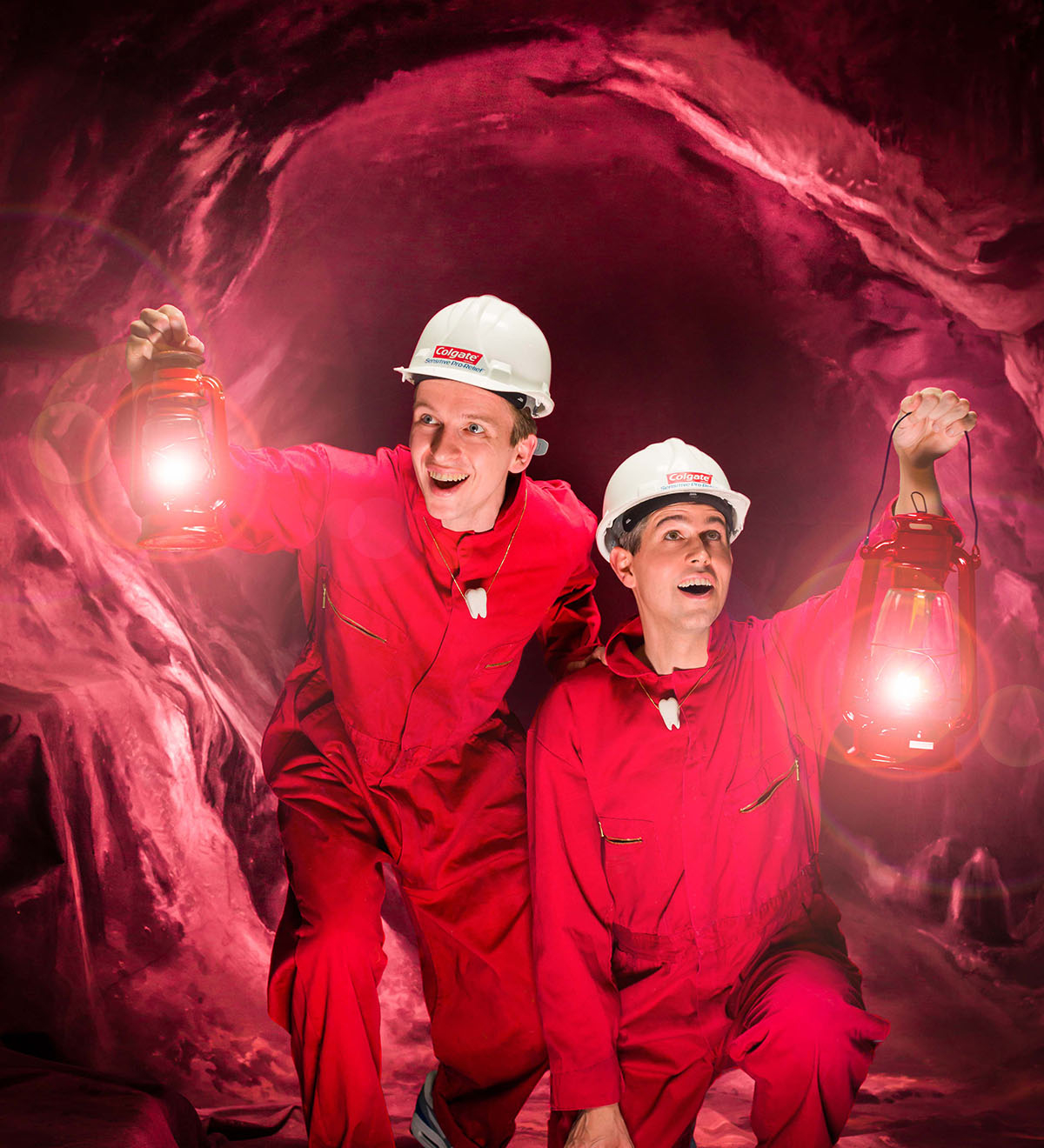 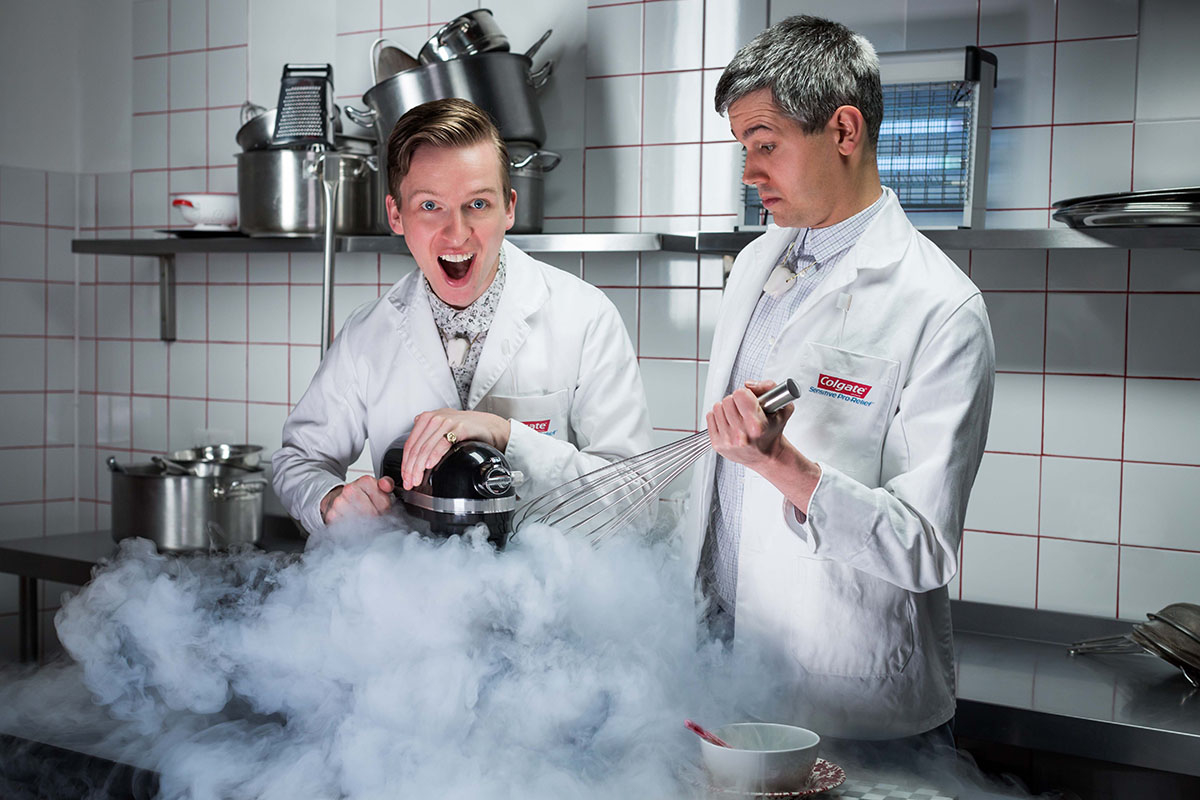 Curators of spectacular culinary events and wacky food, Bompas & Parr could be considered the contemporary Willy Wonka. FOUR meets one half of the duo to find out more…

Can you tell us a little about your design and culinary background?

Harry [Parr] trained as an architect and I [Sam Bompas]trained as a geographer. One of the things we love doing is taking bodies of knowledge from outside the food world and applying it to dining. Over the last year we’ve collaborated with neuroscientists, magicians, engineers, renewable energy ambassadors, programmers, musicians, alcoholists, archivists and botanists, in each case looking at what happens when their discipline and knowledge collides with food and dining.

Where do you find your inspiration?

We draw a fair bit of inspiration from history. Bags of time is spent in the London Library checking out historic cookery books -Alexis Soyer is one of our food idols. He was a Victorian version of Jamie Oliver, with books, magazines, products, restaurants and celebrity fans. He also created the world’s most fantastic restaurant which included ice caves with stuffed foxes, mirror chambers, London’s first cocktail bar, a medieval banqueting hall for 2000 and a grotto which you had to go through a waterfall to enter.

Where do you think the line is drawn between design and architecture, and gastronomy? Do you think there has been a big shift over the past 10 years?

To start with we used architectural techniques (CAD design, rapid prototyping) to make jelly. In all honesty we only started doing this as we couldn’t afford the moulds.

Now we work with food on an architectural scale creating breathable cocktail clouds and, for the Architectural Punchbowl, even flooding a grade II listed building with four tonnes of punch which people boated across before drinking (there was enough for 25,000 people).

I guess these days we have moved beyond architectural jelly to a broader band of architectural foodsmithing. One of our upcoming projects (which has to remainsecret for the moment) is actually a permanent piece of architecture that will be visited and experienced by 1.4 million people per year.

How ‘avant-garde’ would you consider yourself, and does falling into the ‘legend’ category stand at the forefront of your aims?

The important thing is good work that gives people their own stories.

Can you give us some examples of your magical food design?

Our most recent project is with Colgate Sensitive Pro Relief designing the world’s most sensitising ice cream to really challenge their toothpaste which works to help people enjoy their favourite foods free from sensitivity. It’s something of an unusual piece of food design but a joy to work on. We’ve worked with their research team to create the world’s most sensitising dishes including a ambrosial drink that turns from liquid to ice in a second in front of your eyes. It uses the science of nucleation to make it so.

Do you have one philosophy that ties your food and design together?

The projects we do melt people’s brains. I like how Jodorowsky describes his approach to film making: “other film makers direct with their eyes, I direct with my testicles”.

It might sound odd but this is our approach to food art. We aim to make a powerful work that revolts, inspires and entices at one and the same time. The good thing is that food connects directly with people’s primordial brain. It can be very powerful in generating an emotional response. After all, the first art created by mankind was about food with cavemen sketching out the hunt on clammy cave walls. .

You’ve worked with some huge brands and in some incredible venues – which stretched you the most with regards to creativity?

Flooding the roof of Selfridges to create a boating lake and float up bar was pretty wild. Also creating a lake of cognac-based punch that you can boat across before having a drink.

Can you tell us about the Pollia Condensata Berries (retailing at £9800)?

We combined the planet’s shiniest biological material, the Pollia condensata or marble berry, with sterling silver to create a world first in decorative jewellery – the Pollia Condensata Slave Cuff – incollaboration with jewellery designer Maud Traon.Marble berries are pure, nature bling, but they are not exactly abundant – we had to commission an expedition into the Ghanaian jungle to secure a supply of them. As theshiniest naturally occurring objects, birds have used pollia berries to adorn their nests, but it’s surprising that they haven’t been used in jewellery up to now, especially when youconsider you don’t have to process them as you would an uncut diamond.

Find out more about Bompas & Parr at bompasandparr.comandcolgatesensitiveprorelief.co.uk.