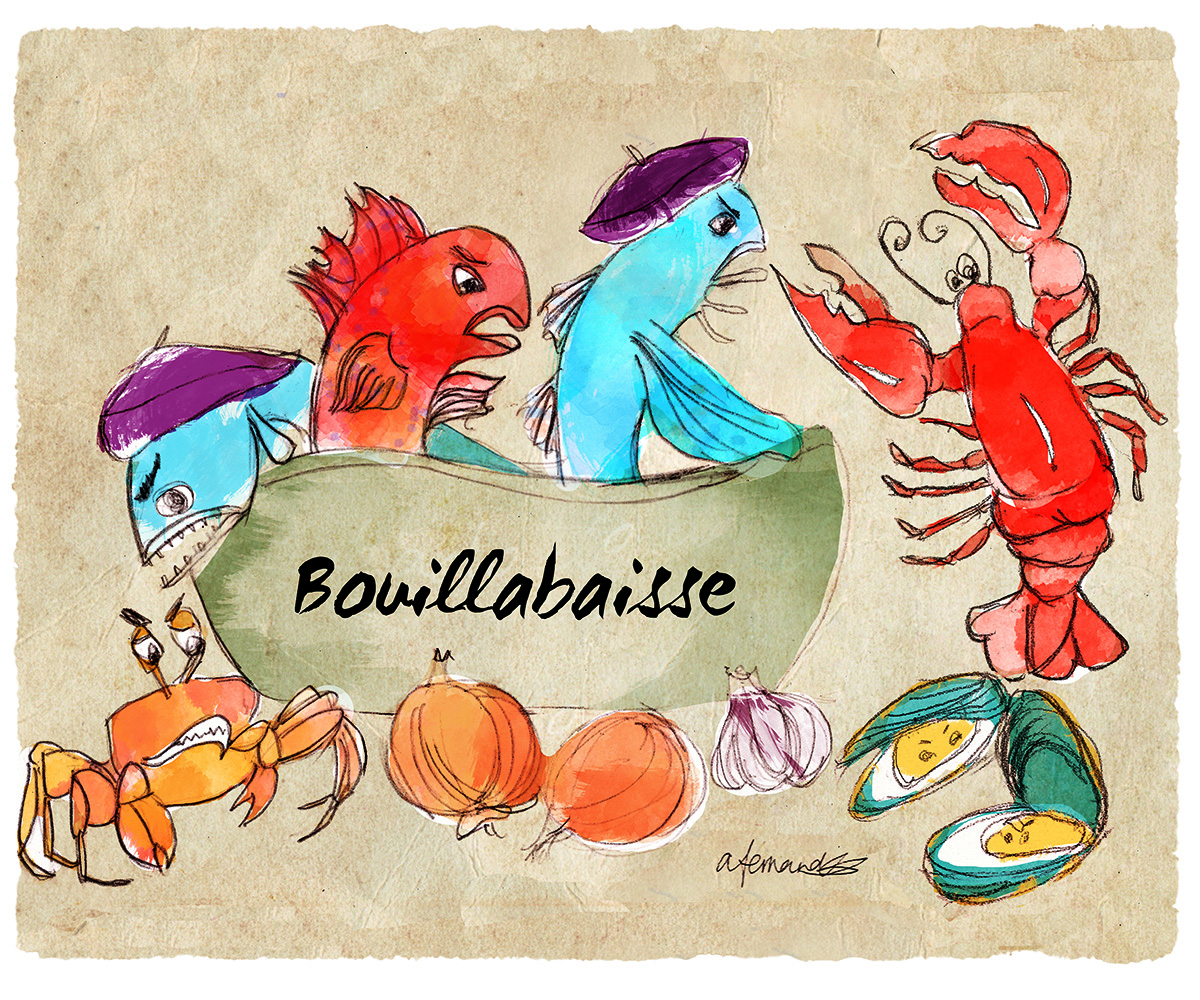 Close, But No Cigar

‘Authenticity in cuisine,’ writes Colman Andrews in his splendid Flavours of The Riviera, ‘is a will-o’-the-wisp, elusive and impossible to define or, rather, all too easy to define, except that everyone defines it differently.’ In one elegant flourish of the pen, Andrews gets straight to the eye of the rib. Namely, that the concept of ‘authenticity’ is, by its very nature, inauthentic.

Of course, this fundamental truth means little to the battalions of chefs and restaurateurs who make a living flogging the very same thing. For them, ‘authenticity’ is about unvarnished honesty and naked truth, a form of cookery that eschews the nitrogen-charged, Pacojet-puréed fripperies of the Michelin fixated, instead concentrating on ‘real’ dishes, eaten by ‘real’ people. You know, proper peasant food, the sort cooked by real rustic folk with their knarled hands and weather-beaten frowns.

In the parts of Europe where an appreciation of good food is still seen as a birthright, rather than elitist privilege, there are thousands of ‘authentic’ recipes. All for the same dish. ‘This, and only this,’ you’ll be told as you slurp your deep orange soup, gazing out over sun-dappled sea, ‘is true bouillabaisse, the real Marseilles McCoy. It has to have grondin, rather than that conger eel arriviste. And a small curl of orange peel, mais oui. And no lobster, mon dieu! That’s for those second-rate show offs next door and, god forbid, further down the coast. Pah! Heathens and mountebanks. They may as well come from Nice!’ As Waverley Root notes in The Food of France, ‘Everyone has his own idea of what constitutes the real bouillabaisse (all other are imitations), and if a contrary opinion is suggested, he acts as if his honour has been impugned.’

It matters little that this dish might not be authentically French at all, but one born in ancient Greece, and brought in with the invaders when they occupied Marseilles. But why let a little history get in the way of all that romance. Even if it was conceived on Gallic shores, its roots surely lie in a basic fisherman’s soup, made using whatever was cheap, ugly and unsold at the end of the day, a recipe that changed depending on the season and sales. There is no ‘authentic’ bouillabaisse, just as there’s no one standard recipe for ragu all Bolognese, brawn or Brunswick Stew. I’ve seen a hundred different variations on Lancashire Hotpot and Tonkotsu ramen, Goan chicken vindaloo and tacos al carbon. And each believed they were the original and, by definition, the best.

Yet imagine if there really were a set empirical recipe for every great dish of the world. That any deviation from the rigid instructions and ingredients, carved in stone, meant the dish was plain wrong. It would be ridiculous, not to mention boring. All cuisines are ever-evolving, gobbling up foreign influences and new ingredients, alike. Imagine Thai and Indian food without the chilli, or Southern Italian grub with no tomato. These ingredients only hit the Old World sometime in the 16th century, and even then, took time to become loved. Raw tomatoes weren’t eaten in Nice until the start of the 19th century, while pesto is not mentioned in print until 1848. This doesn’t mean there weren’t exceptions—I’m sure there were proto salad niçoises in the 18th century, and mixtures of basil, cheese, pine nuts and oil, too. But despite all the guff about history and tradition, they’re relatively modern inventions.

Take an udon noodle bar in London, Koya, which I love very much. The fat, white, slippery beauties are made fresh each day, with Japanese flour in a Japanese machine. The dashi stocks are stupendous, intensely umami yet never overwhelmingly so. I’ve eaten better bowls here than I have in Japan. The recipes are strictly traditional, the key ingredients (kombu, katsuobushi flakes) flown in and of the very highest standard. Yet is the bowl of pork miso udon I devour most weeks with such delight actually ‘authentic’? Of course not. The water is different in London, the kitchen equipment, even the air. At Koya, I can slurp udon noodles every bit as good as I’d find in Tokyo or Osaka. But I don’t for a moment believe I’m feasting on something truly authentic. Simply very good udon noodles in Soho.

Many might believe that St John, Fergus Henderson’s temple to nose to tail eating, is about as authentically British as you could possibly dare dream—great hunks of rare breed pig, or roasted marrow bones, or rabbit stew, served on plain white porcelain plates. Cry God for Harry, England and Saint George! But Henderson is the first to admit his true culinary influence. Not Eliza Acton or Jane Grigson, rather Marcella Hazan. The great British restaurant that owes its existence too… an Italian. Anyway, if you really wanted to eat authentically British food, the stuff eaten over hundreds of years by the vast majority of our country, you’d be stuck with a thick, dreary pottage. And the odd sorry scrap of salt pork.

I don’t mean to pour a beaker of liquid nitrogen upon the notion of authentic eating. But all national cooking is born from history, climate and geography. In their earliest form, recipes were built around what was available nearby and in season. To impose strict rules and regulations upon what could and couldn’t be used was therefore ridiculous. As is the idea of ‘authentic’ cuisine, full stop. I couldn’t be more delighted that we’re enthralled by the cicetti of Venice, say, or the disparate barbeque styles of the American south. And if you eat these at Polpo or Pitt Cue they’ll be very good indeed. What they’re not, though, is ‘authentic’ in the truest sense of the word. So bring me Sichaun hotpots and Pueblan moles. Lavish me with Cornish pasties and Acadian gumbo. Let us revel in a whole, fecund world of edible regionality. Just don’t go calling it ‘authentic’. Cause it ain’t.

Michelin has announced that it will be continuing to develop its international collection of Michelin Guides for 2016 by heading to Seoul for it’s latest edition.