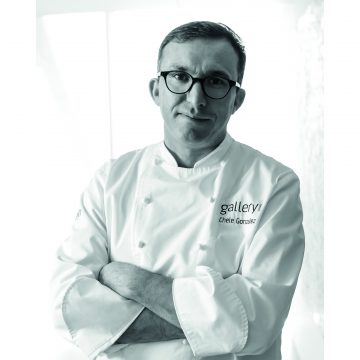 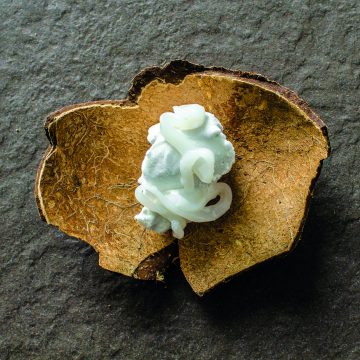 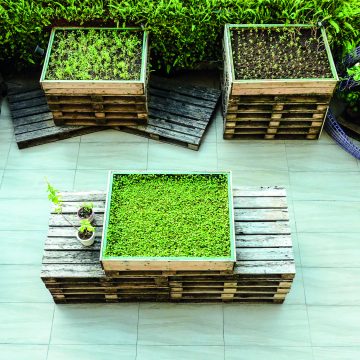 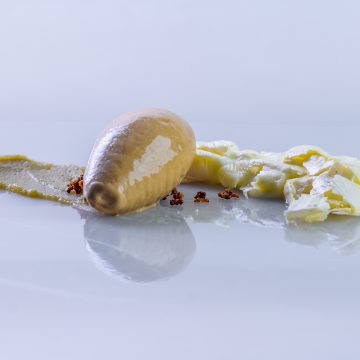 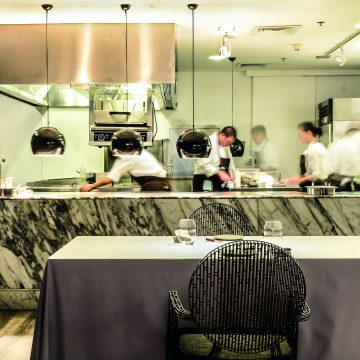 ‘Chele’ Gonzalez | Rooted in the Philippines

A new style of cuisine is born at Gallery VASK in Manila, by chef Chele González, as seen in FOUR Magazine.

Having spent more than 10 years working in some of the best restaurants in the world — including Arzak, El Bulli, El Celler de Can Roca, Nerua- Guggenheim and Mugaritz — Spanish chef José Luis ‘Chele’ González, known simply as ‘Chele,’ was on the verge of a burn out. As a result, González decided it was time to resign from his position and go on the vacation of a lifetime. More than just a “vacation,” though, González decided to relocate to the Philippines.

“In the last four years that I was still living in Spain, I would annually go to Asia for [my] vacation. I decided to resign [from my job] two months before going on my last annual trip to Asia. I wanted to rest and search for a new adventure,” he reveals.

The chef began looking for work in Thailand and the Philippines, targeting five-star hotels where he knew he’d be up to the job of head chef. He ended up accepting a role in the country he felt most at home, at the Sofitel Manila, in the Philippines.

González grew up in Torrelavega and Suances in northern Spain. The chef remained in the Cantabria region until the age of 17, when he first moved abroad — to the US and England — to study, before returning to complete his studies at home.

Upon turning 17, however, González got a taste for the outside world — a world away from the northern region of Spain where he’d grown up and he admits he went o the rails somewhat.

“I was adventurous and got a bit crazy. I wasn’t disciplined and I turned into a party animal. During that time, I felt lost and I didn’t have direction.”

Though he credits his mother for the values that he has carried with him, even during those wilder teenage years. “Teenagers are usually lost at this period [of their life] but I kept the values that my mother taught me and until now, I hold them close to my heart. When I started my journey in the kitchen, and until now, the values and principles

taught by my mother are what keep me going,” he reveals. Following his studies and a three-year spell working as a DJ and club owner, González moved to Bilbao to begin his culinary work. From there, he was well connected to San Sebastián, where he found his culinary education really kick in.
“The world’s best restaurants not only teach you about food and cuisine, what is most important — and this is why they are considered the best restaurants in the world — is that they teach their team values and when you believe in what they believe, you know that you belong there.”

González reveals that restaurant Mugaritz, headed up by chef Andoni Luis Aduriz, has had the greatest impact on him. “I was able to feel at home and that I belonged there. The values, ideology and philosophy are all part of me now.”

The chef talks fondly, with great warmth, of all of his past mentors in Spain. On Josean Alija of Nerua, he says: “He honed my skills at being a chef. He was very tough with me and I learned so much from him, [both] kitchen and life lessons. You have to be a perfectionist and work very hard to get to the next level.

“Arzak was family to me. They took care of me very well and it was like spending time with your brothers and cousins. It was a very humble and homely place. El Celler de can Roca had a noble atmosphere. They were gentlemen who honoured their surroundings and the people. It was a great inspiration on how to treat people.”

Unsurprisingly, it was at Ferran Adria’s El Bulli that González experienced the most pressure. “If you are the best, you have to work hard to maintain being the best. This kind of pressure is absolutely vital,” he says.

González has now lived in the Philippines for over six years. He has established a home there and incorporates his Spanish heritage and learnings, with his new surrounds.

González first met his business partner, Juan Carlo Calma, through a mutual friend not long after setting down in the Philippines. “We went to a music festival together and ended up having pizza for breakfast the next day after a night of dancing and drinking.”

Following that, the two regularly hung out and when a typhoon hit Manila and ruined Fever, the restaurant González had overseen at the Sofitel, Calma suggested they open a restaurant together. And this is how Gallery VASK came about, through a friendship that blossomed in the Philippines.

The concept at Gallery VASK is unique. Gallery VASK and VASK Tapas Room are two different restaurants with dedicated spaces on the same floor; VASK Tapas Room, which is focused on the traditional, Spanish tapas of the Basque Country, and Gallery VASK, which celebrates fine-dining cuisine. The space is also home to an event space called Curve and a deck area, which is perfect for watch the Manila skyline.

González says: “The tapas is presented in a style that is current in Spain right now — tweaking traditional tapas and presenting it in a modern way. Gallery VASK is a fine-dining restaurant where we are focused on endemic Philippine ingredients. This is where cultures are translated into flavours. We redefine what fine dining is in the Philippines and we share this story with our guests.”

Dishes at Gallery VASK tell the story of local Filipino communities around the country — local history, culture and traditions all play a factor in the cuisine. “When we create a dish, there is always a story behind it that is connected with anthropology,” the chef says.

While the fine-dining restaurant’s cuisine is largely rooted in the location, the techniques applied by the chefs are more inspired by Spain’s contemporary cooking scene. González weaves the Philippines into every aspect of his cooking, though, creating what he calls his own language in the kitchen.

“I definitely use avant-garde techniques that I learned from some of the best restaurants in the world. I also use my own techniques at Gallery VASK, which are refined daily techniques of a Filipino kitchen and indigenous techniques that we learned. We have created our own language cuisine, our own identity and make sure that we do not copy others.”

Filipino cuisine is lesser known on a global scale than other types of international cuisines, such as say Indian or Thai. Is this something that is about to change, we ask? “Yes, definitely,” the chef says firmly. Though González is cautious, too. “Filipino cuisine is emerging, but we need to be conscious that it is still in its very early stage. The key factors that will make Filipino food expand globally are the Filipinos who are living and working all over the world. Their reach is substantial. This is the reason why Filipino food in the United States is becoming a trend because of the many Filipinos that reside there.

“Filipino chefs in the United States are incorporating their knowledge of contemporary techniques and the likeness of the Americans into Filipino cuisine that is becoming a hit.”

During González’s time in the Philippines, Manila has dramatically changed. It’s a more attractive destination than it ever used to be and the country’s restaurant scene is growing, though the chef admits it still has some way to go.

“Let us give this [Filipino cuisine] sufficient time to properly grow so we can educate the next generations. I would say that in the coming years, the Philippines will become more contemporary. We must be careful not to put too much pressure on this and we must let it grow with the flow and time.”

While ingredients and dishes can often be clearly identified with a specific region or country, even for dedicated foodies it’s difficult to pinpoint exactly what defines Filipino cuisine.

“Just like any cuisine in the world, Filipino cuisine is complex. In my opinion, what really makes the cuisine unique is how Filipinos use sourness; but you have to get deeper into this because it is more complex than just a simple sour flavour. Filipinos have very sharp accents in food: sweet, sour, salty and fatty. These accents are not what make Filipino food unique. These are what define the flavour profile.

“From a chef ’s point of view, it is the sourness that epitomises Filipino cuisine. I have not encountered other countries that create different varieties of sour food,” he explains.

At Gallery VASK art is of particular importance, with a carefully curated selection of pieces on display throughout the venue. However, González admits he’s no expert on the subject, and it’s his business partner who takes care the art.

“My knowledge about art is very limited, that is why Carlo takes the role of the curator in the restaurant. His passion is art and he is also an artist. Carlo creates the atmosphere of the restaurant and he changes things when he creates something new and gets inspired by something different.”

In a thriving space in the heart of Manila, González has found his place and is part of a culinary birth in this part of Asia, and this is something the chef is all too aware of. “I have to keep being passionate and motivated with what I’m doing to inspire my team.”

“Gallery VASK is a school where we teach our colleagues and we share with our guests. Food is very important in our lives not just because it keeps us alive but because it a reflects the environment, nature and health. Food for me is responsibility. It is my life.”

Find out more about VASK here…