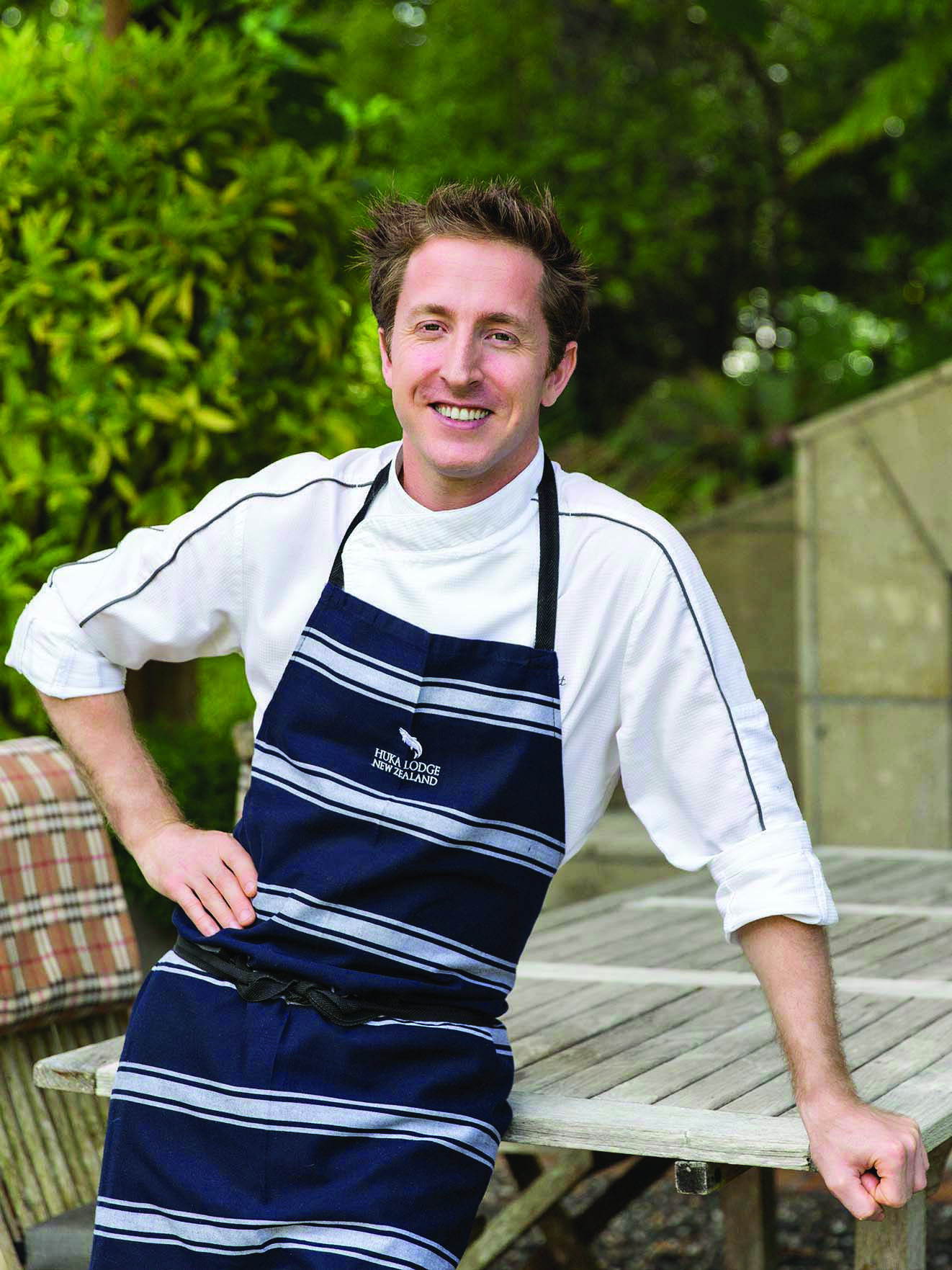 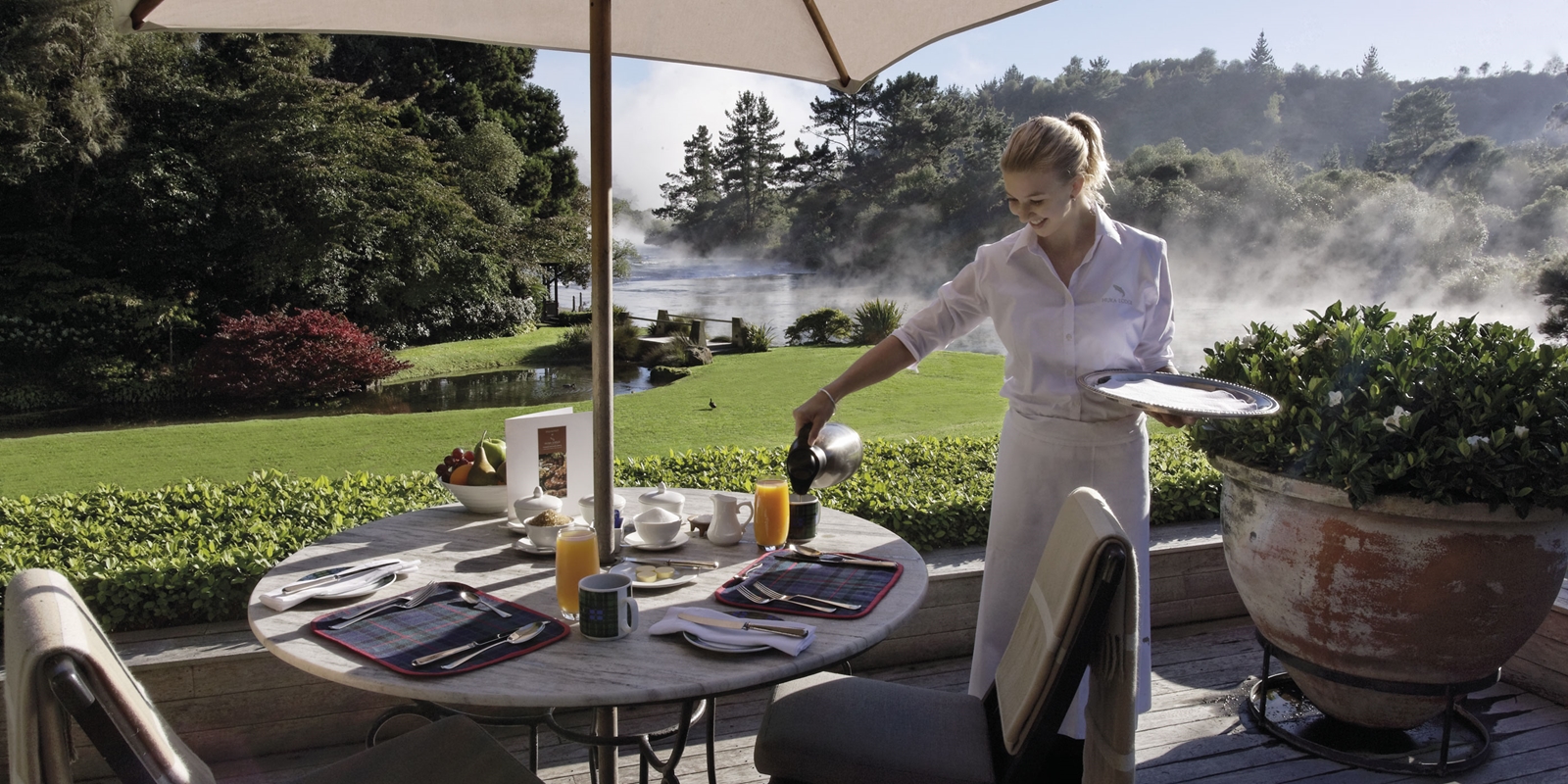 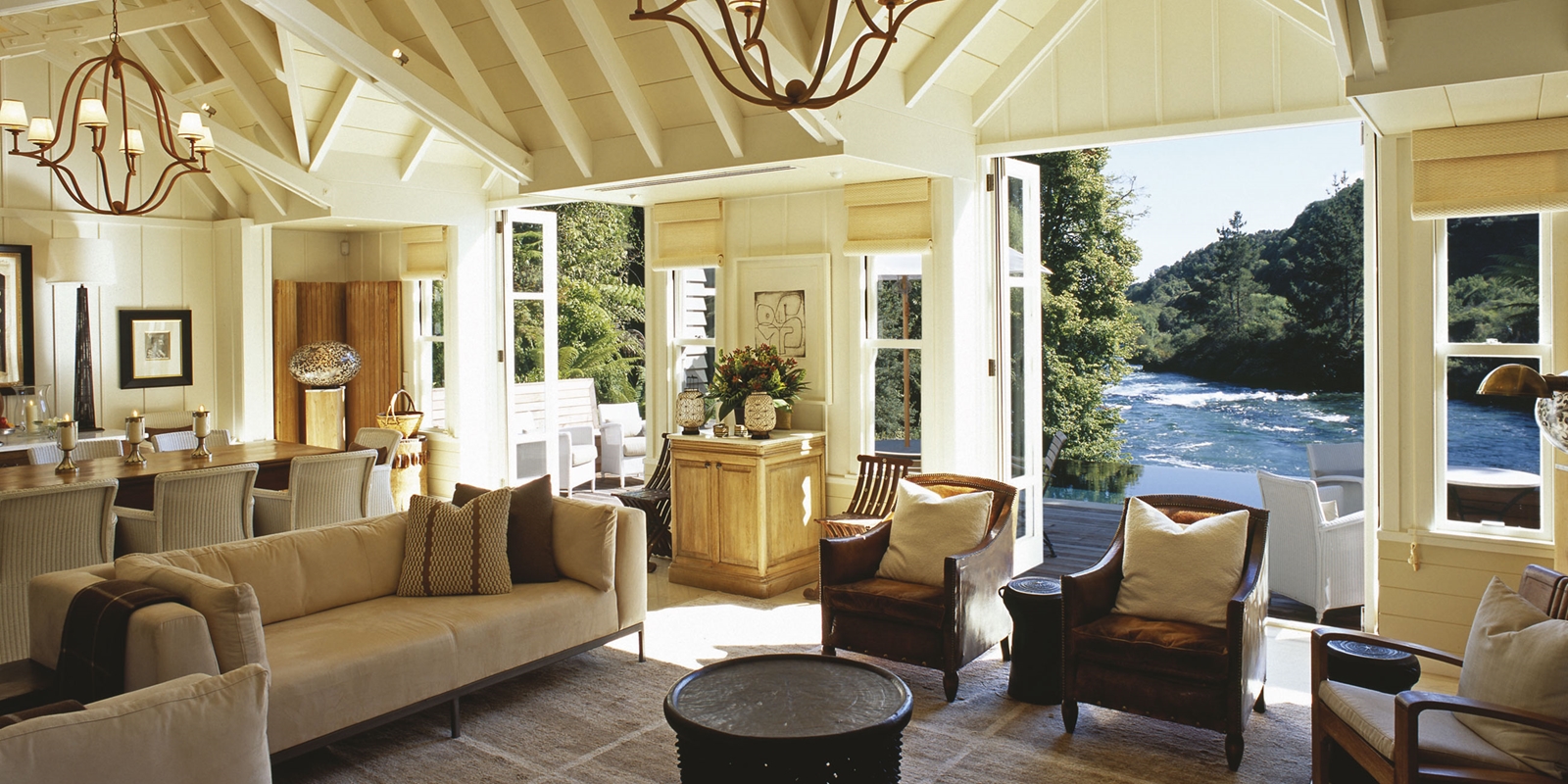 One of the world’s most idyllic retreats will be hosting an exciting night of edible delights this July.

Whether you’re into fishing, food or the great outdoors, luxury boutique hotel Huka Lodge in New Zeland is rated as one of the world’s top retreats. Set in Taupo, home to New Zealand’s largest lake in the heart of the volcanic North Island, this heritage 1920s hotel was founded as a simple fishing lodge. Now, it’s a beautiful luxury hotel that welcomes gourmands from across the world.

This July, the property is hosting a special dinner with chefs Paul Froggatt and Nic Watt. Both of these talented chefs are known for their perfectionist traits, while also sharing a deep passion and respect for Asian cuisine. Working in close collaboration, the duo will create their own unique menu comprising three signature dishes each for lucky guests to try.

About the chefs
1 Paul Froggatt
British-born chef Paul Froggatt initially trained in the UK and in France where his career highlights included working at Gidleigh Park Hotel (Two Michelin-Star), Bernard Loiseau en Bourgogne (Three Michelin-Star) and Château de Courcelles (One Michelin-Star). Paul followed this by stints at two of Singapore’s popular leading European restaurants San Marco and Saint Pierre. In 2016, Huka Lodge, with Executive Chef, Paul Froggatt, were admitted as members of France’s exclusive ‘Les Grandes Tables du Monde’. Obsessive about using the best ingredients, Paul brings a fresh approach to the contemporary fine dining menus he creates for the enjoyment of guests during their stay at this iconic property.

2 Nic Watt
Born in Australia, to New Zealand parents, Nic Watt considers himself a be Kiwi. He spent his teenage years on this side of the Tasman and grew up with his parents’ love of food (and fishing). Nic was encouraged in his desire to train as a chef and when he moved to Japan after graduation, he found an instinctive home for his love of seafood, his adventurous palate, as well as a tradition for perfectionism in cuisine. Nic honed his skills at the Park Hyatt Tokyo, working with executive chef, Rainer Becker.

In 1998 Nic re-joined Becker as chef de cuisine in London’s Park Hyatt Knightsbridge following a stint as chef de partie in the city’s Michelin-starred Japanese restaurant Nobu. Nic returned to New Zealand in 2001 to the role of Executive Chef at Huka Lodge, using the finest local ingredients to produce cuisine that delighted our guests. During his time at Huka Lodge, Nic won awards and his first book, Chef’s Secrets from the Kitchen of Huka Lodge was published.

In 2004 Nic was called back to London by Becker to open Roka, the accessible version of Becker’s much-praised Zuma robata restaurant he had launched in 2002, with many awards to follow. Three years later, Nic was promoted to chief operating officer and partner, helping Becker launch Roka restaurants in London’s Canary Wharf (2009), Hong Kong (2010), Macau and Arizona. Following this, he has opened numerous restaurants, including Madame Hanoi in South Australia which has been awarded “best Vietnamese in South Australia”.

Nic’s latest venture is Huami Chinese Restaurant and Bar – in collaboration with SKYCITY in Auckland. Nic conceptualised and brought this concept to fruition over a two-year period.

The evening is set to offer an enticing mix of culinary styles and edible creativity – don’t miss on the chance to enjoy one of the world’s most relaxing getaways with an award-winning feast at the same time.

When: 28 July 2018
How: Click here to find out more and make a reservation