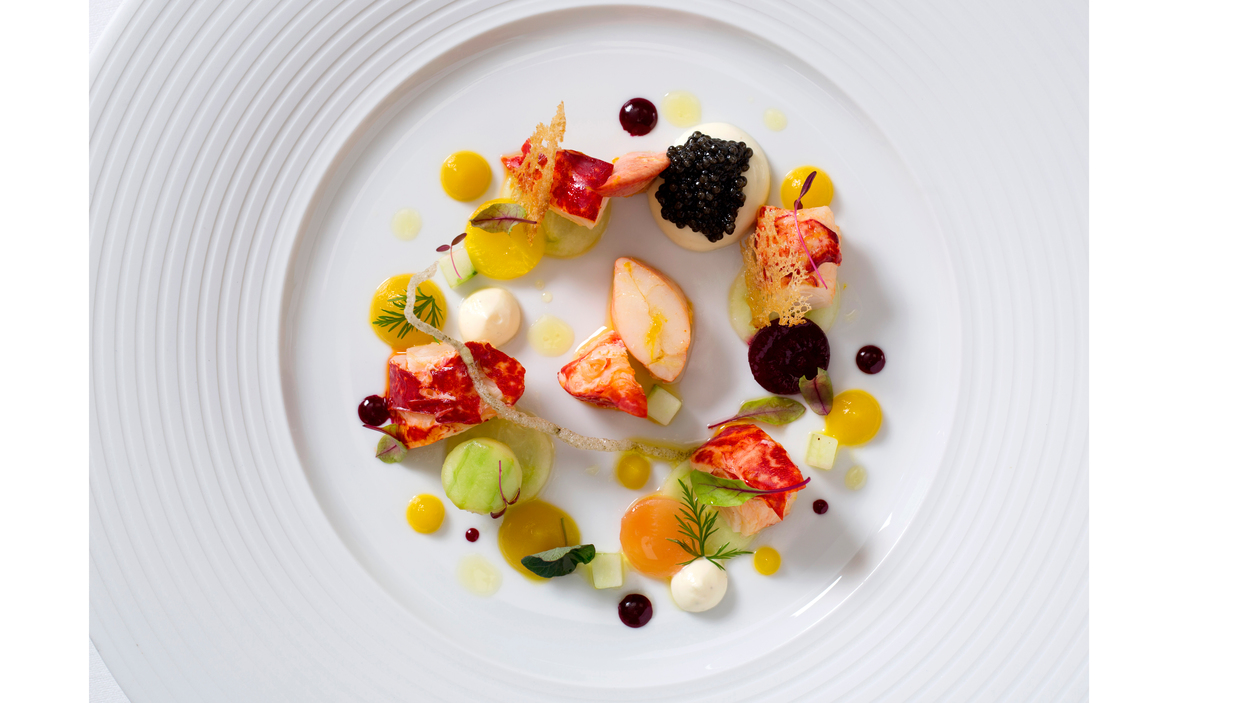 John Williams is the executive chef of The Ritz in London. He reveals his love of nostalgic ingredients from Great Britain and beyond.

The [saddle of lamb] Belle Époque is one of my signature dishes. I’ve been making this dish for 25 years and I tend to use Romney Marsh lamb. The great Michel Bourdin originally inspired the dish, but it has evolved over the years. Bourdin’s version had a puff paste and it only held mushrooms, but I’ve added the decadence of the goose liver and moussealong with the mixed wild mushrooms.

Native lobster is one of our most noble ingredients and certainly features among my list of favourites. I was raised by the seaside fishing lobster, crab and prawns with my uncle so it holds great memories for me and I do love treating out guests to it. I source it from the British coast, also known as blue lobster, generally speaking these come from Cornwall and Scotland, but can come from anywhere within our shores. Our native lobsters are far superior eating quality in comparison to the Canadian style lobster, which does not have the depth of flavour nor the texture; even the carcass of our lobster produces a far superior sauce and stock. The trick is, never to overcook it. I like to feature it on the menu, poached with a spiced carrot puree and lemon verbena.

I do so love cooking with game, particularly due to the seasonality. The grouse season in August is a favourite as it provokes so many memories of being a 16-year-old chef in my first job in the kitchen. I was always tasked with the plucking and gutting, the smell takes me straight back there! I like to keep my grouse dishes simple and traditional, and owing to the lean nature of the bird, it absolutely must be cooked in lots of fat. I tend to source my grouse from North Yorkshire, especially at the start of the season and like to roast it with celeriac puree, chestnuts salsify and walnut jus.

Vanilla is one of my favourite ingredients. It is the basis of all fine patisseries – like a chicken stock of the pastry world. It can have such wonderful flavour within creams and custards and at the same time it can be added to pralines, fruit sauce – almost anything in the pastry section to give an added dimension to the flavour profile. Ours is sourced largely from Madagascar, perfect in madeleine with Chantilly cream.

Bergamot has the most beautiful, aromatic citrus flavour and I adore it! I source it from Italy and the South of France and I love its versatility. I have used it with many fish dishes as well as in different desserts and pastries. However, it must be used delicately as it is powerfully aromatic and too much can be overwhelming to a dish.