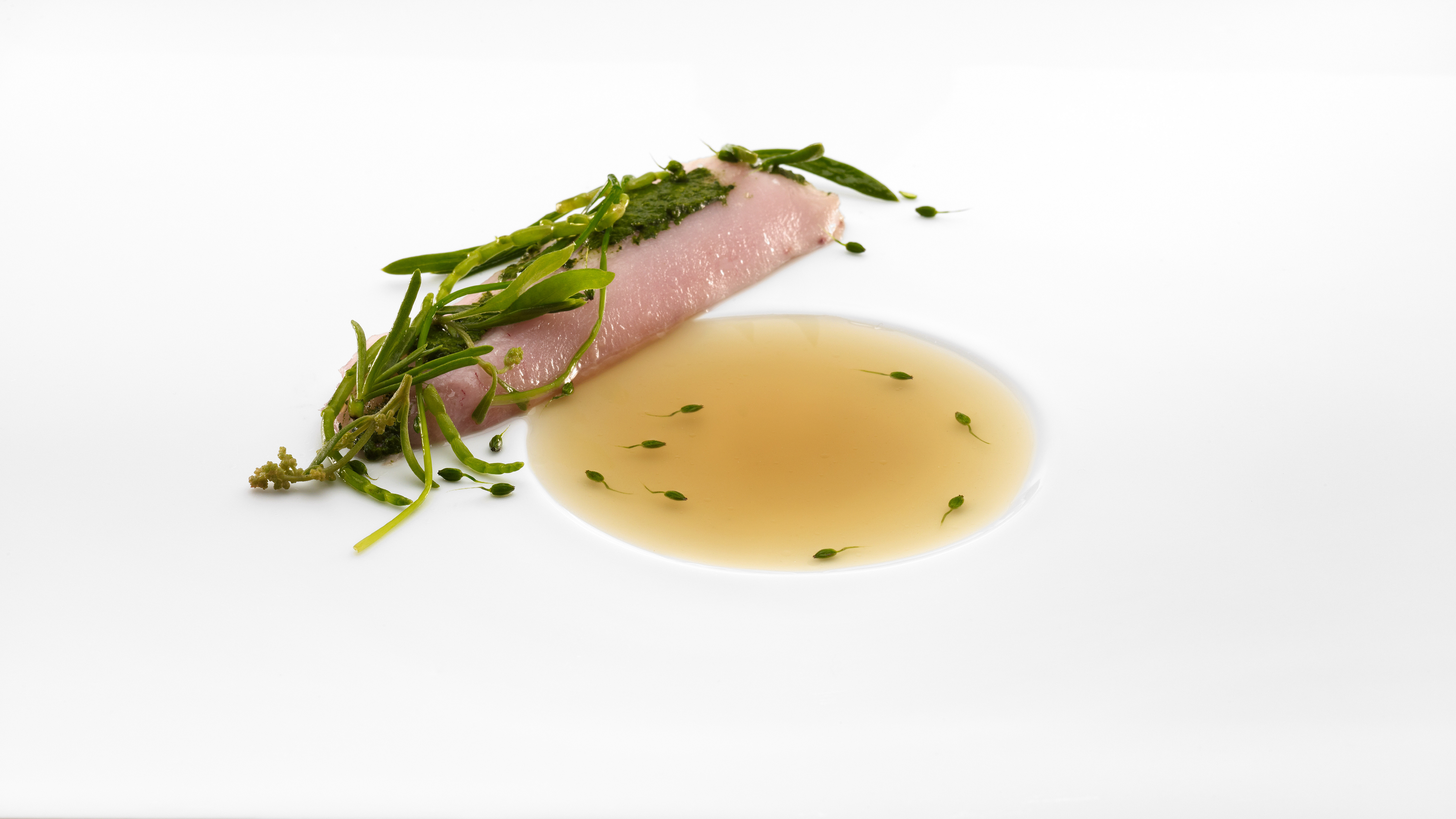 In Mugaritz, we feel lucky to find ourselves in an incomparable place. Around the restaurant, lie oakwood and beechwood. They are bounded by green meadows filled with flowers where sheep and cows peacefully graze. We are also lucky enough to have the Cantabrian sea a few kilometres away that helps feed our imagination with its marine biodiversity.

Thanks to this environment, we are provided with abundant flavours and contrasts. In our neighbouring mountains, a pastor, named Jose Manuel, takes his flock of latxa sheep each morning within the first rays of the sun. Throughout the morning, these sheep graze inherently giving the milk a characteristic flavour of the field they are surrounded by. The taste of this milk is then acquired by the Idiazabal cheese; made by his twin brother, Xixario. It is a cheese with a prominent flavour of the different herbs the native sheep feeds on. They do not smoke the cheese, as the other herders do traditionally, in order to preserve the fresh flavour of the sheep’s milk. This would be one of the first ingredients we could choose as a favourite in our restaurant.

Near Mugaritz, lies Tolosa market; one of the most important markets since the Middle Ages in Gipuzkoa. Here, we buy a very special and native bean. This bean is traditionally cultivated alongside corn, which is used so that plants may climb and grow through broad-leaved trees in search for sunlight. During the harvesting period, these beans are picked by hand and are left to dry on the floors of the village pantries until the sheath has reached the optimum level of drying. When it reaches this level, the black coloured bean is buttery and smooth to the palate. The magic of this product is created when the starch and the bean’s flavour are exchanged with the water used in the cooking process, creating one of the best culinary stocks.

On the other riverbank of the Oria river, across from Tolosa, lies Ibarra, another village that is a gastronomic gem. There, the Ibarra chillies, originally a product from the Americas, have been adapted to the Basque Country. They are small and long with a sweet flavour. The chillies we use are picked by hand, one by one, as we are always looking for the finest skin. We appreciate its meatiness and the vegetal harmony it gives to dishes. These fresh peppers are harvested in early summer but we can find them conserved all year long.

Nevertheless, it is not just about going to the inland markets, but we are just as passionate about going to the fish markets. One ingredient called the White Fin Tuna stands out as it plays an important role in the Basque diet and culture. The Thunnus alalunga, is a smaller tuna which is often used in haute cuisine. The fishermen are engaged in a battle for every shot, as they baitfish each piece, weathering themselves against the sea and the salt. The lines and the hooks often cause them cuts during the capture of this marine product. My mother, who was an excellent cook, always used the fishtail for its gelatinous texture whilst making the marmitako, a fisherman stew that is traditional to the Basque coast. Perhaps, the most cherished part of the body is the belly; a fatty, soft and sweet piece near the head.

Our anchovies also come from the Cantabrian sea. The anchovy is one of the few industries that maintains its artisanal character. Traditionally, women, with years of experience, use their

hands with surgical precision to eliminate the salt and the bones. This tradition arrived in Basque country through the Italians but the quality of Engraulis encrasicolus was developed locally. The cold creates anchovies that have more fat marbling, and that are softer and tender to the palate. The anchovies that we like are big, juicy, slightly salty and maintain a maximum amount of anchovy flavour.

To finish with our pantry, what is better than a local wine such as the txakoli. In Mugaritz, we tend to drink one from a special area of Elorrio, in the heart of Basque country. Vines located on the top of the limestone slopes of Mount Amboto give a unique profile to this wine. Another wine from the Txomin Etxaniz winery in Getaria has scented vines from the sea that perfectly accompanies the other ingredients in our pantry.