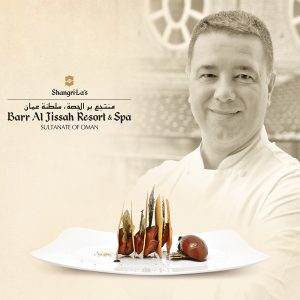 Founded on absolute respect for the Italian – and specifically Piedmontese cooking – Alfredo Russo’s cuisine is a constant search for culinary innovation and purity of taste. Originally from Turin, Mr. Russo found his passion in cooking at the age of 13. Armed with an immense experience from three different Michelin-starred restaurants in Piedmont, he opened his own restaurant; Dolce Stil Novo in Turin, Italy in the late nineties. In 2004, Chef Alfredo qualified as the best young chef according to the Italian magazine L’Espresso Guide and has been consecutively receiving awards at national and international level over the past 10 years. His prestigious Michelin-starred restaurant is regarded as one of the finest dining experiences in Italy.

Head toshangri-la/muscat for more details of the event and, in the meantime take a look at the menu on offer here. 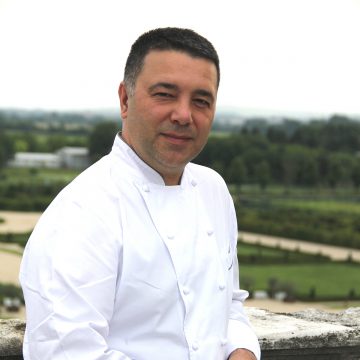 Piedmont, north Italy, Alfredo was born into a home where importance was placed on good food. In a place where there is no sincerer love than the love for food, his approach has its roots in an ancient culinary culture. Having completed his studies, from 1988-1990, Alfredo Russo served an apprenticeship at different of Piedmont’s

Avant Garde! Battle of the Chefs

This week we present Gal Ben-Moshe from Glass, Berlin vs. Alfredo Russo from Dolce Stil Novo | Which one will come out victorious as the avant-garde winner?