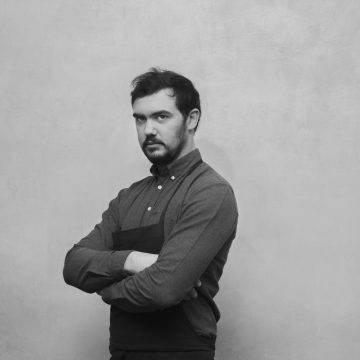 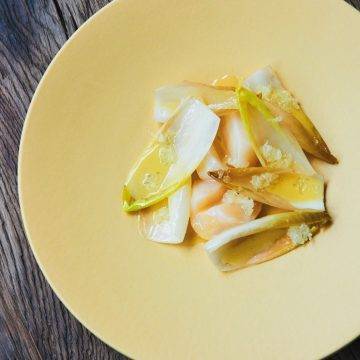 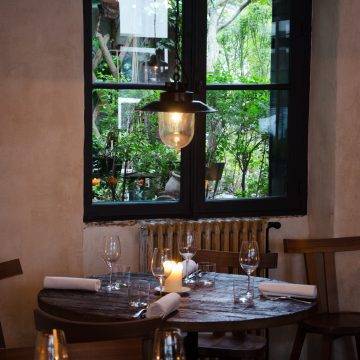 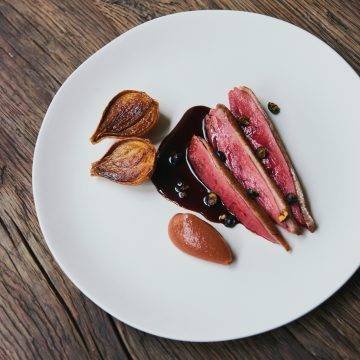 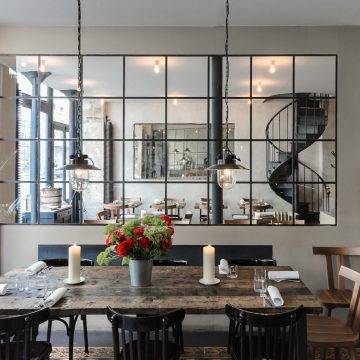 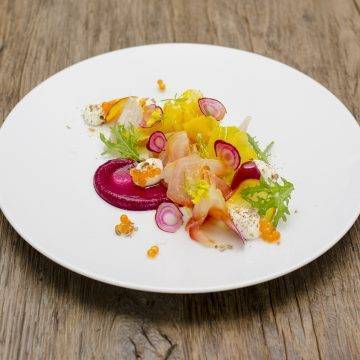 Known not only for having brought award-winning ‘neo-bistro’ cuisine to the 11th arrondissement of Paris with restaurant Septime, Bertrand Grébaut also goes above and beyond to ensure that its food chain is ethical, environmentally friendly and sustainable from seed to service.

Gastronomy wasn’t always the given career path for the inquisitive and creative young Bertrand Grebaut. Having first opted to study a Bachelor’s in literature then two years in graphic design, he also dabbled in the world of graffiti before entering the culinary arts.

“I wouldn’t say someone or something inspired me to become a chef – the change in career was motivated by my love of food. My family has always placed an importance in food and wine. My ancestors were winegrowers and winemakers, a trade that has been interesting me more and more over the past few years.”

After training and graduating as valedictorian at the ESCF, one of France’s best culinary schools, chef Grébaut worked in the kitchens of Marius et Jeannette and La Table de Joël Robuchon, only to find himself working in L’Arpège under Alain Passard in 2006.

“I was inspired by my meeting with chef Alain Passard. His relationship with his garden, his work with the vegetal ingredients and the simplicity of his cooking has remained a firm part of my guidelines and philosophy.”

After that he worked at the Agapé, where he spent four years and won a Michelin star at the age of 26. He left in 2011 and opened Septime a year later. Having earned a Michelin star and residing at number 40 in the 2018 World’s 50 Best Restaurants list, Septime’s menu is a constantly evolving reflection of chef Grébaut’s delicate and dynamic cooking style, developed from his time under the wings of great chefs and his travels through Asia.

“Over the years I have stayed true to that same mentality that initially inspired me, and have only tried to work with more precision, being more sustainable and tuning my cuisine to be more vegetable-based, but always inspired by French culinary heritage.”

Since its opening seven years ago, Septime has continued to be the talk of the town for its trendy, tasty food in a cool part of Paris’s 11th arrondissement. Grébaut’s ‘conscious cuisine’ continues to earn accolades and prestige, more recently being crowned 2017’s most sustainable restaurant: a huge achievement for someone who is so invested in environmentally conscious gastronomy all the way down the restaurant food chain.

To win this award, Septime has shown a constant commitment to the restaurants sustainability practices all the way from food and seed sourcing and waste reduction to employee compensation, ensuring fair treatment and respect for every individual aspect of the business.

“There is a general awakening around the question of environment. The food industry has to play an important role in helping people move towards a better way of eating and, more importantly, a respect and understanding of where their food comes from. The form of restaurant does not matter; there is space for everyone – fine dining, wine bars, alternative restaurants.”

Bertrand keeps his eye on provenance by working with local producers to ensure that heritage varieties are kept alive and in action while also sourcing from urban farmers in the vicinity. The restaurant also supports local agriculture and economy via the ‘mangeons local’ movement, offers sustainable seafood, no beef – due to the negative environment impact of beef farming – and a virtually zero-tolerance policy towards plastic use.

“We do not import any fresh produce, with the exception of citrus from Sicily in winter. Historically, the lands around Paris are very fertile and used to be one of the hubs of vegetable cultivation. Some varieties of vegetables still are cultivated to this day, representing a strong cultural heritage – for example the asparagus from Argenteuil.”

“We have also recently purchased a small hotel in Le Perche called D’une île. We wanted a space outside of Paris were we could have more contact with nature. We grow the vegetables and forage most of what we use at the hotel. It has been an incredible source of inspiration for my creativity and my career.”

As a genuine crusader for sustainable hospitality practices, Septime has remained a casual, affordable fine- dining restaurant despite its ever-increasing international recognition and Michelin-star title.

“The initial idea behind the restaurant concept was to create an affordable tasting menu. To do so we had to avoid waste, source the best produce at the best price and be ultra- rigorous on seasonality, which not many places in Paris were offering at the time. The only thing that has changed since then is that it has matured. It has a distinct identity now: the style of cooking, the service, the wine – everything is more precise.” “It’s also important to mention that Septime wouldn’t

be what it is without the harmony between the cuisine and Théophile Pourriat’s work in the front of house. He brings a professional yet laid-back ambiance to the restaurant and this harmony creates a pleasant bistro, which in turn has definitely aided its success.”

In terms of the cuisine on offer, the creative, progressive and seasonal menu is roughly made up of about 80 per cent vegetables. This approach not only creates a low carbon footprint, but also means changes to dishes are made every day depending on the fresh ingredients available.

“We change the menu somewhere around 10 to 20 times ayear, that’s hundreds of recipes and combinations. We don’t really have a signature dish. The menu is a succession of dishes with the right tempo that oscillates between discovery and a comforting experience. Our favourites are the ones that create the most emotion using the simplest ingredients.”

“The creative journey of the dishes can start anywhere. For example, it could be instinctive; the easiest method. Sometimes, the taste, the season, the colour – everything just fits. The idea comes the moment we are in contact with the product. The second source could be reference, i.e. classic French cuisine or a childhood memory reinterpreted into something modern and in keeping with the menu. There is also just trial and error via research and investigation. This is usually the most difficult, as it can be quite a slow and repetitive process. Associating different techniques with different produce and creating something new is always unpredictable: it could produce the best or the worst results.”

“However, in any case, the most important outcome is that it must represent our culinary philosophy.”

Since opening Septime, Bertrand has furthered his sustainable empire by opening up additional ventures, Septime The Cave, a wine bar, and Clamato, an oyster bar, both of which support his philosophy and ethos. Bertrand also inherited a two-and-a-half-acre vineyard in Saint- Émilion, which he hopes to eventually convert to a completely biodynamic-based production base for winemaking.

Considered by many to be the face of modern-day French cuisine, Bertrand is not just championing his native terroir, but also trying to protect the future of a whole generation to come. With climate change, destruction of the environment, food waste and industry care all becoming topics that can no longer be ignored, Bertrand is leading the way in ethical practices.

Luckily, Septime is not a rare case in terms of its positive approach to sustainability, with many other restaurants also making attempts to improve their practices and methods. Although they are still in the minority, this is something that Bertrand is fighting to change and that should hopefully soon become commonplace within the whole hospitality sector.