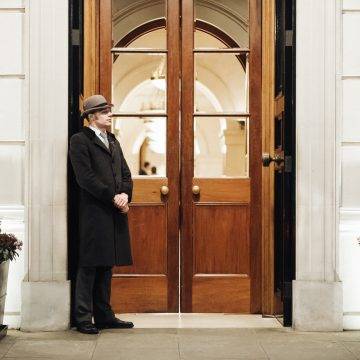 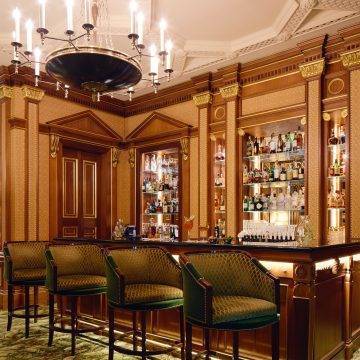 One of the highly-regarded Oetker Collection’s masterpiece hotels, The Lanesborough London, is celebrating St Patrick’s Day in collaboration with one of the world’s oldest licensed whiskey distilleries, Bushmills, by hosting blind tastings at the hotel’s Library Bar.

Located adjacent to the the grounds of Buckingham Palace with views across Hyde Park Corner, The Lanesborough is an iconic hotel boasting one of London’s most enviable addresses. The 5-star hotel’s Library Bar is an elegant haven providing a respite from the hustle and bustle of Central London. Dimmed lighting, grandeur-steeped furnishings, and the UK’s best cognac selection with bottles dating back to 1770 makes the Library Bar ooze a distinctively stylish old-world charm, treating guests to a truly unique evening experience.

The Library Bar is also one of the region’s most lauded cocktail destinations, distinguished by its impressive mixology and esteemed ‘liquid museum’ of spirits. Offering the warm, inviting and intimate atmosphere of a private club and further enhanced by a lively ambiance and premium service, this venue is a favorite among both well-heeled locals and international hotel guests alike.

Ahead of St Patrick’s Day on 17 March 2020, The Lanesborough’s Library Bar will commemorate the Patron Saint of Ireland in partnership with the world’s oldest licensed whiskey distillery, Bushmills. Irish whiskey reigned supreme over its Scottish rival during the first part of the 19th century, and the Bushmills distillery has continued its tradition of crafting superior whiskey since 1608 using 100% malted barley. Irish whiskey’s production is similar to its Scottish relative scotch, except that it is distilled three times instead of twice.

The Library Bar is letting taste do the talking by offering guests the opportunity to compare Bushmills single malts against similar famous Scottish tipples with three delectable blind tastings,  challenging drinkers to taste the difference between a great Bushmills expression and an equivalent Scottish Single Malt of the same age and method of maturation, available in 25ml measures. The blind tastings will be held throughout the month of March.