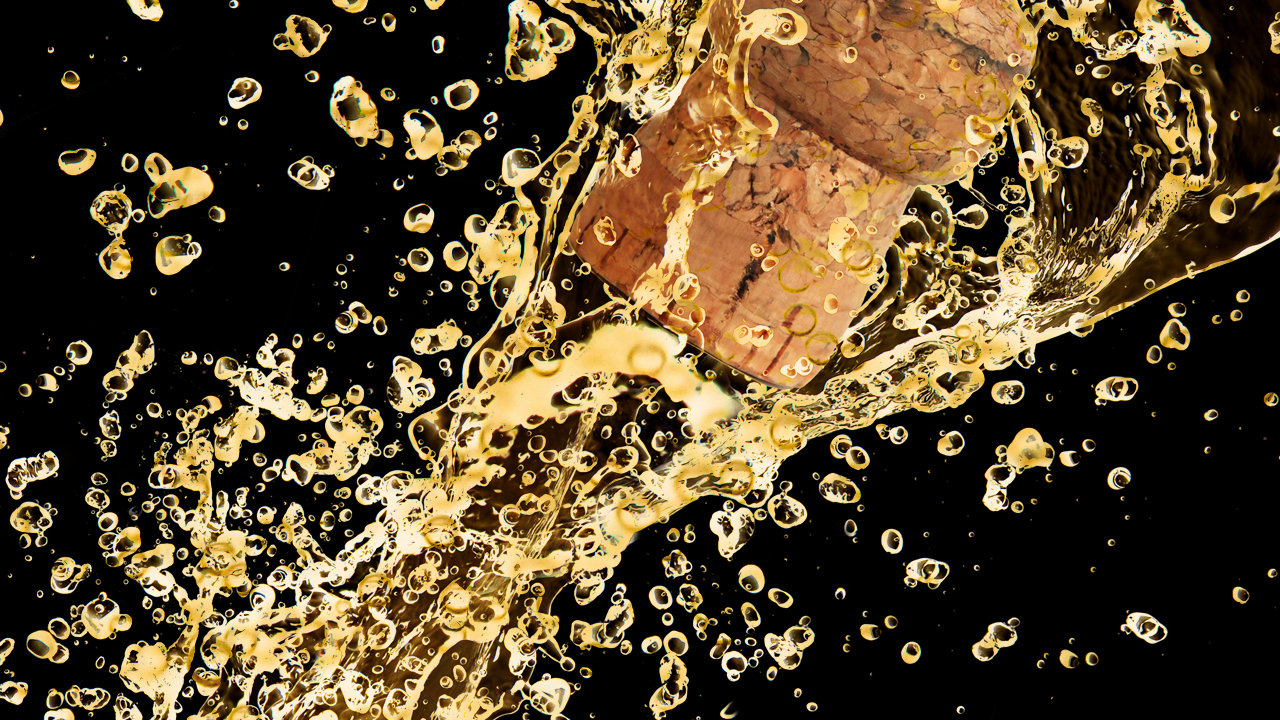 Champagne isn’t just for a special occasion; FOUR explores all the best bubbles, how to serve them and their history.

Think back to the last time you purchased Champagne, it was probably to celebrate something – a new job, a pay rise, New Year’s Eve, but it doesn’t need to wait for an event, champagnes is a treat for all the senses. Don’t wait to open a bottle, because when you do you will quickly discover that champagne goes well with practically any dish.

Champagne hails from only one province in France named Champagne. If it comes from anywhere else, even other parts of France, it’s a Sparkling Wine. While sparkling wines from France, California, and Italy (think Prosecco) can be as delicious, none provide the elegance and subtle experience that true Champagne can deliver.

Most people mature into the tastes of champagne, and this is usually due to the fact that most people only experience cheap substitutes that have ruined their experience of the true champagne.

Next time you are choosing your champagne, choose from one of these and you won’t be disappointed.

On the 6 of February 1829 the Maison Bollinger was founded which has remained in family hands forfive generationsand is one of the best Champagne Houses around.

Founded in 1772 by Philippe Clicquot-Muiron, Veuve Clicquot played an important role in establishing champagne as a favored drink of haute bourgeoisie and nobility throughout Europe. The 1811comet vintageof Veuve Clicquot is theorized to have been the first truly “modern” Champagne due to the advancements in theméthode champenoisewhich Veuve Clicquot pioneered through the technique of remuage.

Dom Perignon is the mostprestigious cuveeproduced by Moet & Chandon who gave the Champagne its name in the late 1920’s after the17th century monkwho iscredited with inventing champagne. The cork and wire cage that Champagne is bottled with was invented by Dom Perignon.

Founded in 1584, it is one of the oldest champagne houses of the Champagne region in north-eastern France.

You are aiming to serve champagne between 6-8 degrees centigrade – this is the optimum temperature to appreciate the aromas and flavours. So either store your fizz in a fridge for 3-4 hours beforehand (but not much longer as it will become too cold) or place it in an ice bucket- filled with half ice and half water- for about half an hour. Apparently in blind tastings it is not possible to determine a champagne or sparkling wine chilled in the freezer but the growers we work with view this as a horrifying way to chill the champagne! If you do, don’t forget about it!

The sound of the cork popping is the quintessential sound of champagne- but be warned by doing this it lets a lot of the gas out and potentially some of your precious champagne. Those in the know recommend trying to produce a quiet sigh when removing the cork to save those precious bubbles.

To do this try holding the cork and gently turning the bottle. Holding the bottle away from you and also any innocent bystsanders! As you feel the cork coming out push it back towards the bottle and tilt it to one side so that only a little gas escapes through a small opening between the cork and the bottle. The champagne cork under pressure can make a lethal if glamourous weapon, as the average bottle contains pressure equivalent to that in the tyre of a double-decker bus.

Long stemmed flutes or tulip shaped glasses are best as they capture the aromas in the top third of the glass. If you really want to get the optimum aromas from the champagne only fill the glass a maximum of two thirds full so all those lovely aromas are captured in the top third. Also try to hold the glass by its stem so that your hand doesn’t warm the contents.

Take a large sip and try to draw some air over the liquid in your mouth (it’s good to slurp). Swirl right round your mouth.

Any combination can be used, but quite often a champagne might comprise only one or two of the varieties. For example a Blanc de Noir is 100% Pinot Noir while a Blanc de Blanc is made solely from Chardonnay.

Pinot Noir is evocative of fruit such as raspberries, black cherries and even currants but it can produce a wide range of bouquets which can be quite confusing at times! It is lighter in structure than Pinot Meunier.

Pinot Meunier adds spice to the equation and fruitiness. It is slightly more acidic than the other two grape varieties but is comparable in sugar levels. It is becoming increasingly popular amongst producers because of the richness and body it gives to the champagne. Pinot Meunier isn’t usually noted for its ageing potential (although there is a growing debate about this) so at present it is most often found in champagnes that are intended to be drunk young. (There is a notable exception however in the prestige cuvées from Krug).

A team of scientists from universities inFranceandBrazilhave developed a theory that explains the patterns of fine bubbles that arise in a freshly poured glass ofchampagne.

The bubble patterns evolve as the amount of dissolvedcarbon dioxidechanges in the glass. They start out as strings of bubbles that rise in pairs, then gradually transition to bubbles in groups of threes, and finally settle down in a clockwork pattern of regularly spaced individual bubbles.

The researchers observed the carbon dioxide bubbles in a champagne glass as they rise from nucleation points on the glass wall. The nucleation points are small defects in the glass that trap tiny vibrating pockets of carbon dioxide. Dissolved gas in the champagne gradually collects in a vibrating bubble inside the defect, causing it to grow and soon expel gas from the defect, forming another bubble that sticks to the outside of the defect. That bubble, in turn, grows as more dissolved carbon dioxide collects inside it and it eventually breaks free of the defect to rise through the champagne. Then the process begins again with a new bubble expelled from the defect, forming rising strings of tiny bubbles.

A playful spring creation to feast upon with this recipe from Christian Jürgens for rhubarb, raspberry curd and champagne

On Tuesday 22nd March two icons of French gastronomy, Perrier-Jouët Champagne and prestigious London venue, Club Gascon will host an unforgettable evening tasting of four prestige champagnes paired with a menu of mouth-watering dishes from the South West of France.

As one of the longest aging champagnes Krug has produced, plus being the last 2002 released from the main champagne houses, the expectations are high for the new edition to the Krug family…