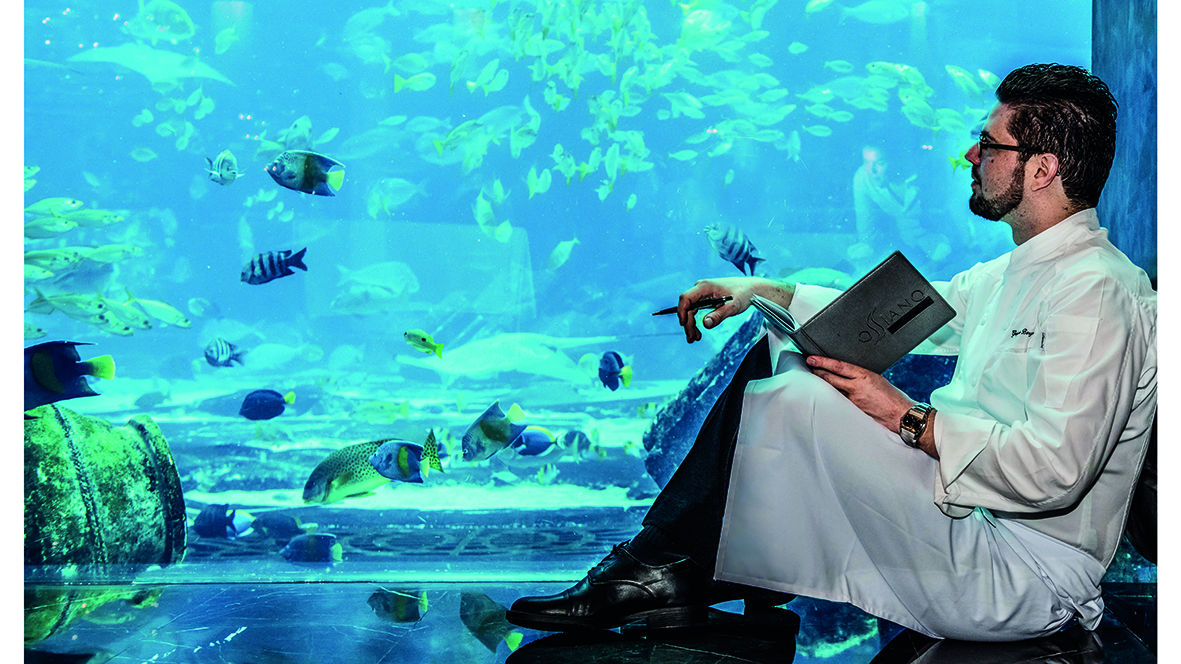 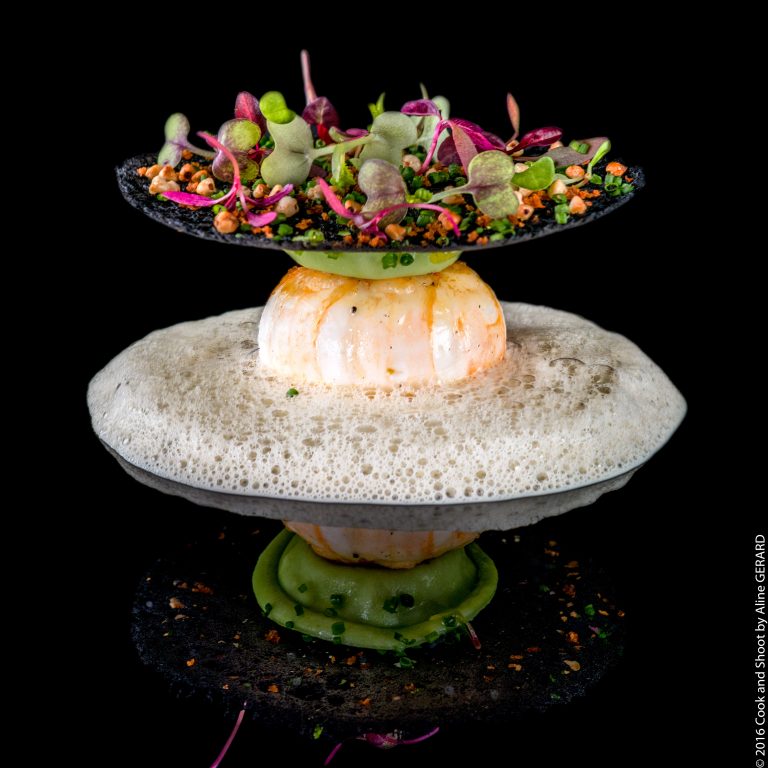 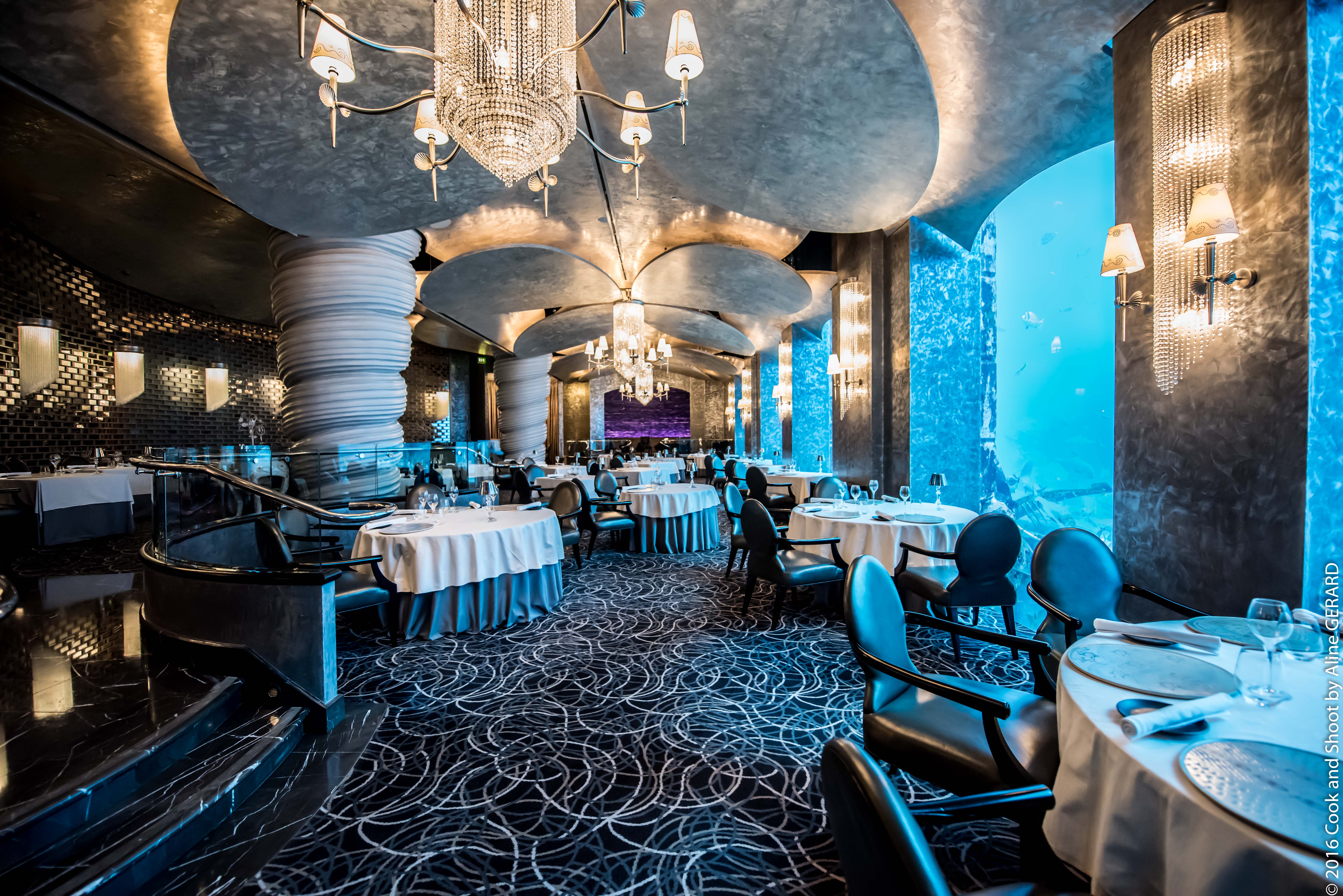 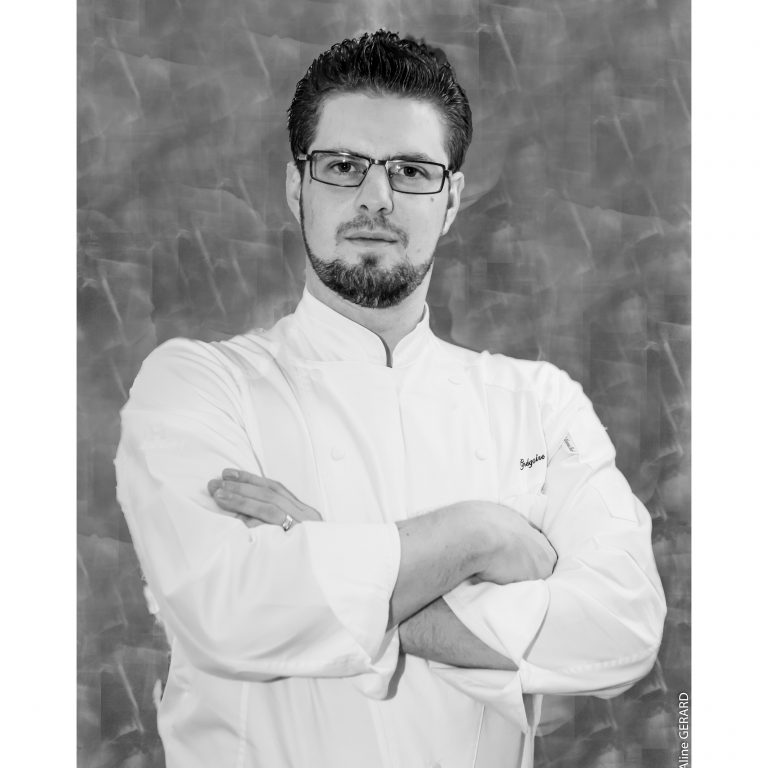 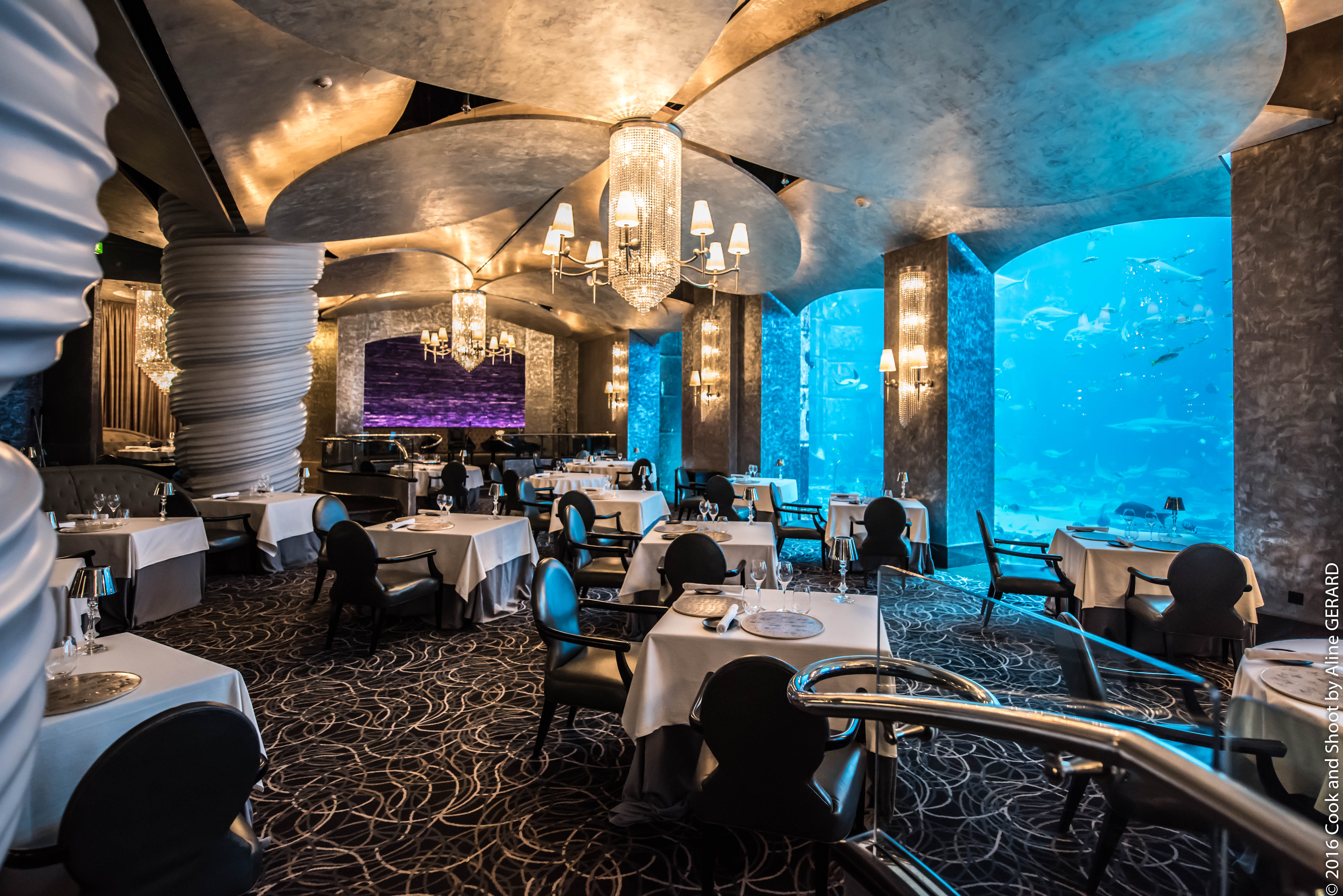 Hailing from Brittany, France, the award-winning Grégoire Berger has travelled the globe to hone his culinary skills. Now at one of Dubai’s most famous restaurants, Ossiano at Atlantis, The Palm, FOUR meets the chef behind the food…

“[Where I’m from] is a typical place with a lot of fishermen and a lot of good land. I started to work in a fine dining restaurant [where] everything is fresh and mostly seafood that comes directly from the sea, 10km away. I started out in charge of filleting in the fish — a difficult job!”

The chef has come full circle, back to his seafood roots, and is now the chef behind restaurant Ossiano at Dubai’s Atlantis, The Palm. The restaurant comes highly decorated, with awards such as Best Romantic Restaurant in Dubai and 2017 Highly Commended Restaurant for Seafood. It didn’t always come so easy for the restaurant’s chef, though.

Berger reveals the harsh realities of life as a chef, reflecting on his early days when he’d rarely take time off and worked exceptionally long days. “I was 17 and far away from my home. I used to work 17 hours a day and we had only one day off, and half of the day off always consisted of cleaning the kitchen.”

After a brief spell in Andorra, Berger moved to the more unlikely foodie mecca of Florida. While the US state might not boast the fine-dining credentials of, say, Paris, it lured Berger to Paul Bocuse’s Bistrot de Paris at Walt Disney World. Berger spent three years in Florida, under the spell of Bocuse, Roger Verge, and the late Gaston Lenotre, with whom Bocuse established the restaurant with, before moving to Morocco. There he was part of the launch team of Club 20-1 in Casablanca.

This experience in Morocco taught the 21-year-old the fundamentals of opening a restaurant, he says, “not only cooking, but managing the suppliers.”

Following a spell in North Africa it was time for Berger to head back to his home country and Paris’s La Grande Cascade. “Here I was in charge of managing 25 guys in the restaurant,” he adds. Life in the kitchen hadn’t become any easier for Berger, who admits to long days and even “sleeping on the grass outside [the restaurant] during break.”

While his education in the kitchen was going from strength to strength, Berger felt his personal life was suffering and he was seeing less of his wife. This led the chef to pursue another opportunity that would offer a better work-home life balance. He explains: “I had an offer from Suez, a private club, that included business lunch or exclusive lunches in a beautiful kitchen. I created different menus everyday as the head chef.”

Berger’s wife was also partly responsible for drawing the chef to Dubai. “My wife is Arabic,” he reveals, and didn’t fit in with Paris’s “mentality.”

Arriving in the Middle East, Berger started out at Reign Dubai, a glamorous 350-seat lounge terrace. The dining style included tapas served outside on the terrace and Japanese fine-dining dishes served inside. After almost three years at Reign, Berger found himself at his new home, Ossiano.

With huge floor-to-ceiling glass windows, forming the shell of an aquarium, the seafood dining venue is something of an iconic.

“When I came here, [to the restaurant], the most important thing was the beautiful scenery. [It’s] very romantic and one of the main things the client comes here for.”

Berger’s signature dishes include black cod and langoustine — he also sites the latter as one of his most indispensable ingredients, along with hibiscus dry flower, “which I like to infuse in tea”, and black truffle of the Australian variety. “Langoustine is very traditional in France,” he adds.

Most of my food is classical, I don’t play too much with the food. Black cod is a dish people here in Dubai love. I used to do it with cucumber cream and now I mix with zucchini that is more bitter with vinegar and almond crisp.”

And the chef’s perception of Dubai’s dining scene? “[It’s weird, very strange,” he admits. “It’ all about fashion and people don’t know what they’re eating. I believe a lot of people go to a restaurant because it’s fashionable.”

A career highlight for Berger came last year when he was crowned as the S.Pellegrino Young Chef 2016, Middle East and Africa, which saw Berger whittled down from 10 of the region’s top chefs to take the title.

“My mentor was Chantel Dartnall, head chef at Restaurant Mosaic at The Orient in Elandsfontein, Pretoria (South Africa). She’s a good mentor.

“The experience [of the competition] was generally stressful because I don’t like to lose. It’s the first time that I’ve done a global competition but I was amazed by the other young chefs.

“My dish [for the competition] was strong. I did a very complicated French style dish — six hours was not enough!”

With something of a ‘wanderlust’ attitude — travelling the globe to hone his skills, techniques and apply locally favoured traditions to his cuisine, where will the chef go next, we wonder?

Berger says he is fascinated by three-star chef Andoni Luis Aduriz and his Spanish restaurant Murgaritz. “When you look at his dishes you cannot guess what they are,” he says. Perhaps this is an early indication of where the chef’s culinary journey will lead him next?