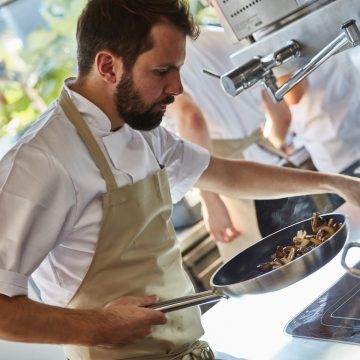 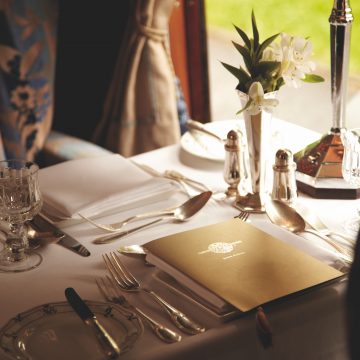 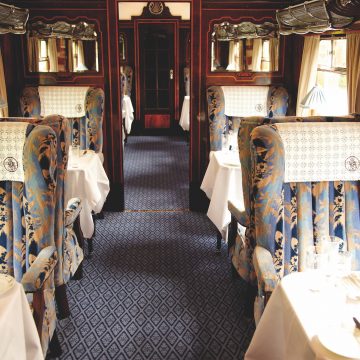 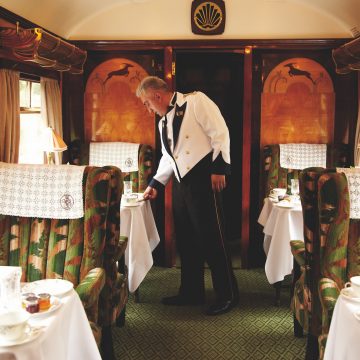 Are you ready to (stomach) rumble? Offering an exclusive chance to not only taste the food of top chefs but meet them too, 2019’s series will also see Spring’s Skye Gyngell and The Conduit’s Merlin Labron- Johnson join the talented line-up for the first time.

A highly anticipated part of the luxury train’s annual calendar, these intimate events see just 140 guests invited on board Belmond British Pullman for an exclusive dinner hosted by some of Britain’s most iconic chefs.

As the train soars through idyllic British countryside, guests will be served a bespoke seven course menu by their personal stewards. What’s more, they will also have the chance to meet their favourite chef as the train travels on a circular route from London Victoria’s Station. Featuring everything from sustainable feasts to classic French cuisine, foodies are in for a treat.

1 Skye Gyngell – A taste of the season
On 21st June 2019, Skye Gyngell, chef founder of Spring restaurant at Somerset House and culinary director of Heckfield Place, will open the 2019 series with a taste of the summer season. With three cookbooks to her name, and an ethos rooted in sustainability and seasonality, Skye has garnered a reputation for dishes cooked predominantly with the finest quality produce from biodynamic farm Fern Verrow in Herefordshire. Skye’s menu on board will be no exception.

2 Raymond Blanc OBE – One of Belmond’s own
Next to take to the train’s galley kitchen is Belmond’s own Raymond Blanc OBE – Chef Patron of the two Michelin star Belmond Le Manoir aux Quat’Saisons. Serving up a taste of his world-famous French cuisine on 20th July 2019, feast upon a specially created five course menu taking inspiration from beautiful summer produce and his French roots.

3 Michel Roux Jr – A legendary two Michelin-starred chef
Following his debut on the train last year, Michel Roux Jr is back by popular demand. One of Britain’s most highly regarded chefs and TV personalities, Roux Jr has been Chef Patron of the renowned two-Michelin starred restaurant, Le Gavroche, for over 25 years.

A culinary legend, Roux Jr will return to the elegant surroundings of Belmond British Pullman on 20th September 2019 bringing his exquisite French cuisine to the train’s guests. Ooh la la.

Having gained a Michelin-star just nine months after opening Portland at only 24, he joined private member’s club The Conduit as executive chef in October last year. Labron-Johnson will take to the rails on 25th October 2019 where his on-board menu will combine classic French techniques with modern sensibilities whilst striving for zero-waste.

PLUS: The final ingredient
Gourmands can also try several ‘pop-up’ events on board the train, including a duo of afternoon teas with the nation’s favourite baker, Mary Berry on 3rd and 4th May 2019.

Prices for ‘The Dinner’ dinner journey start from £459 per person – for more information and reservations, please visit belmond.com or phone 0845 077 2222.