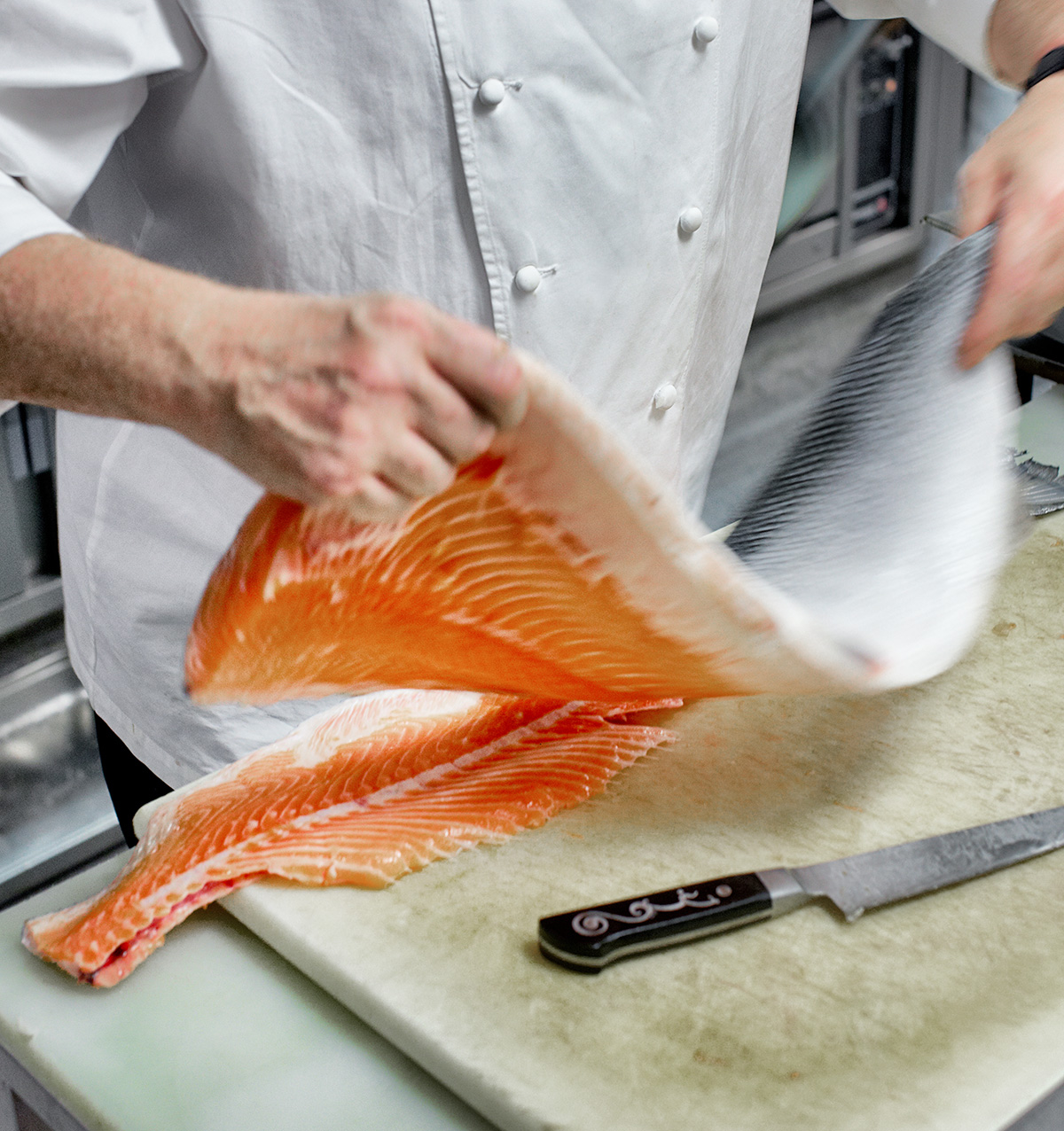 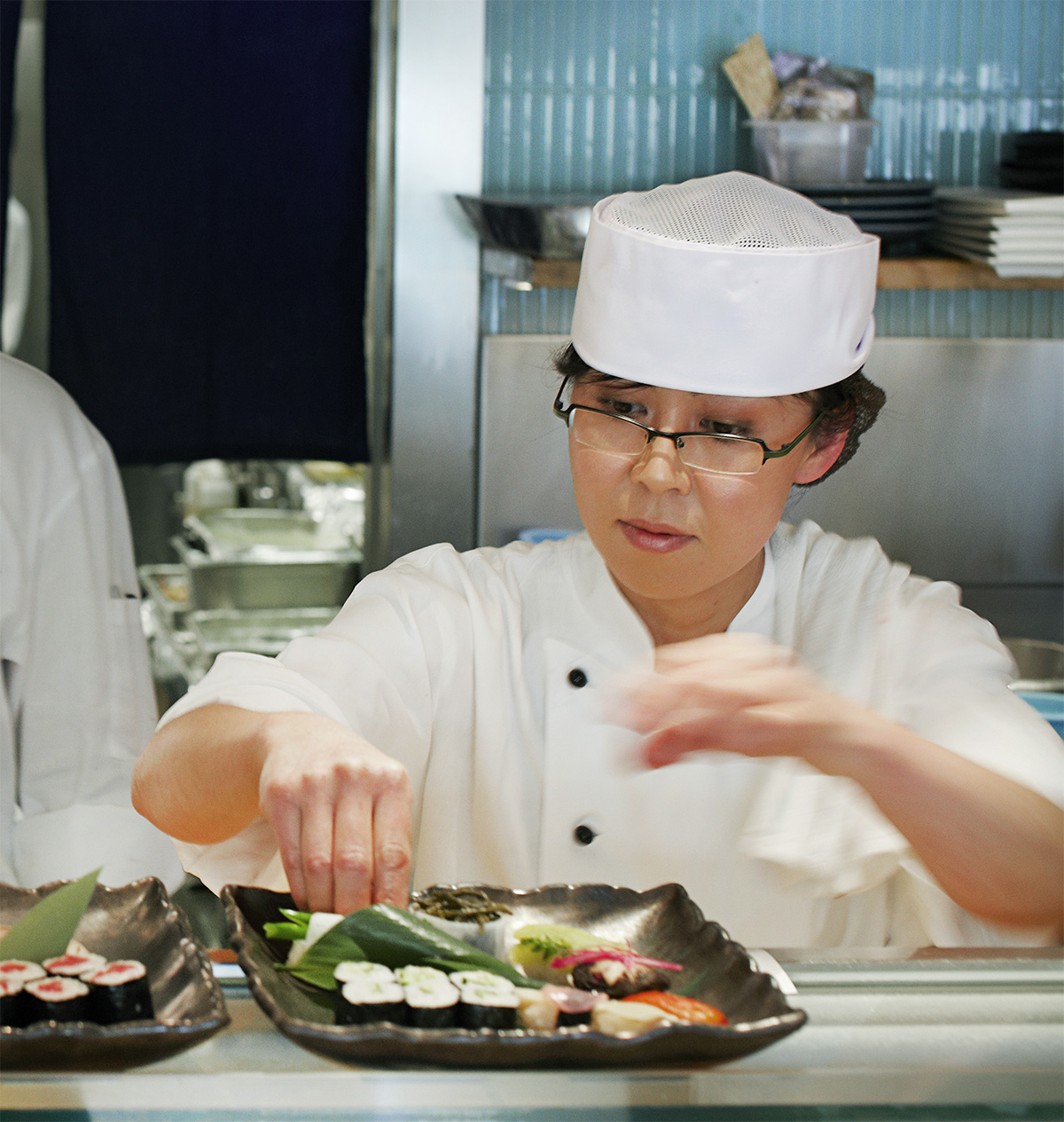 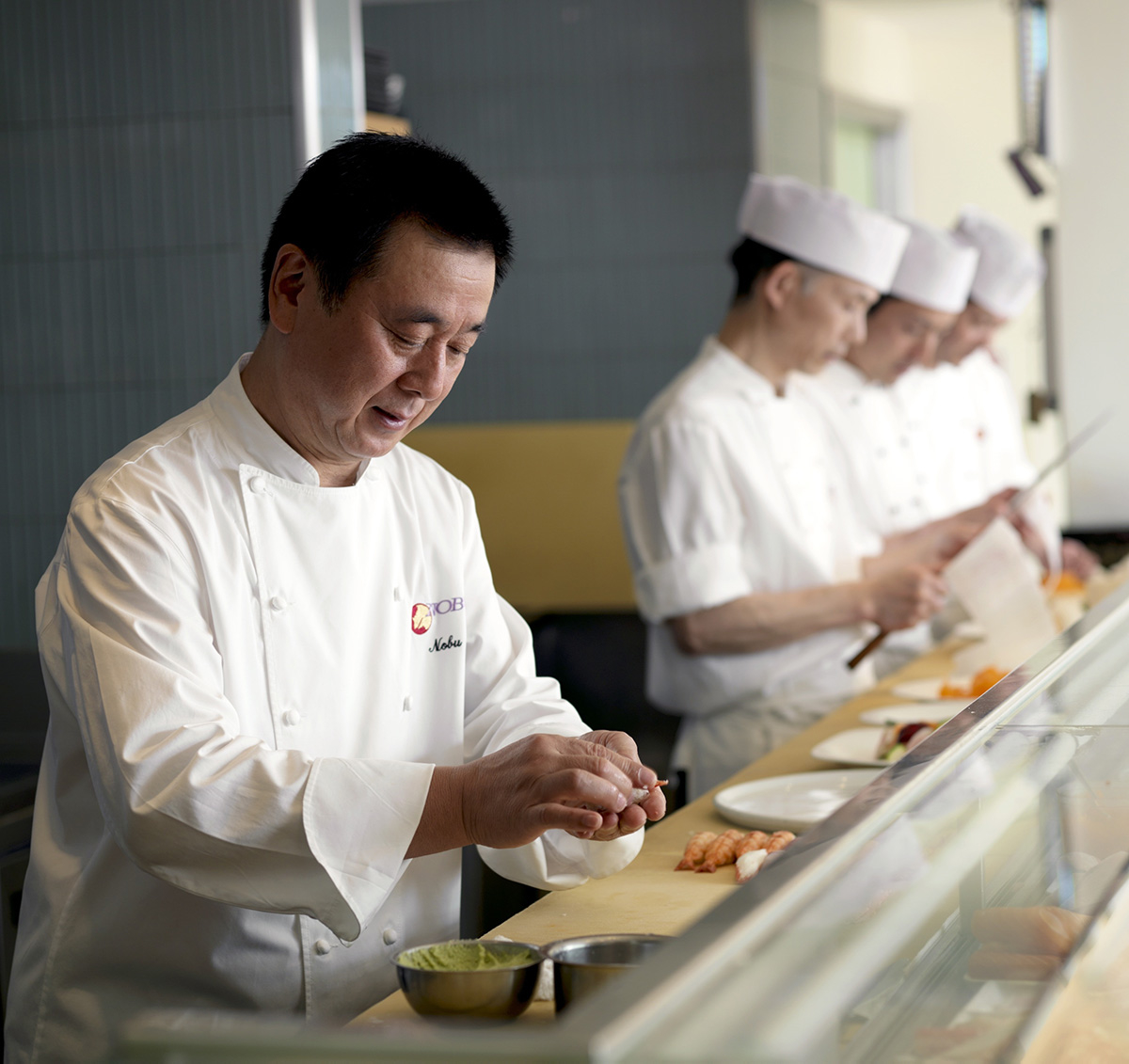 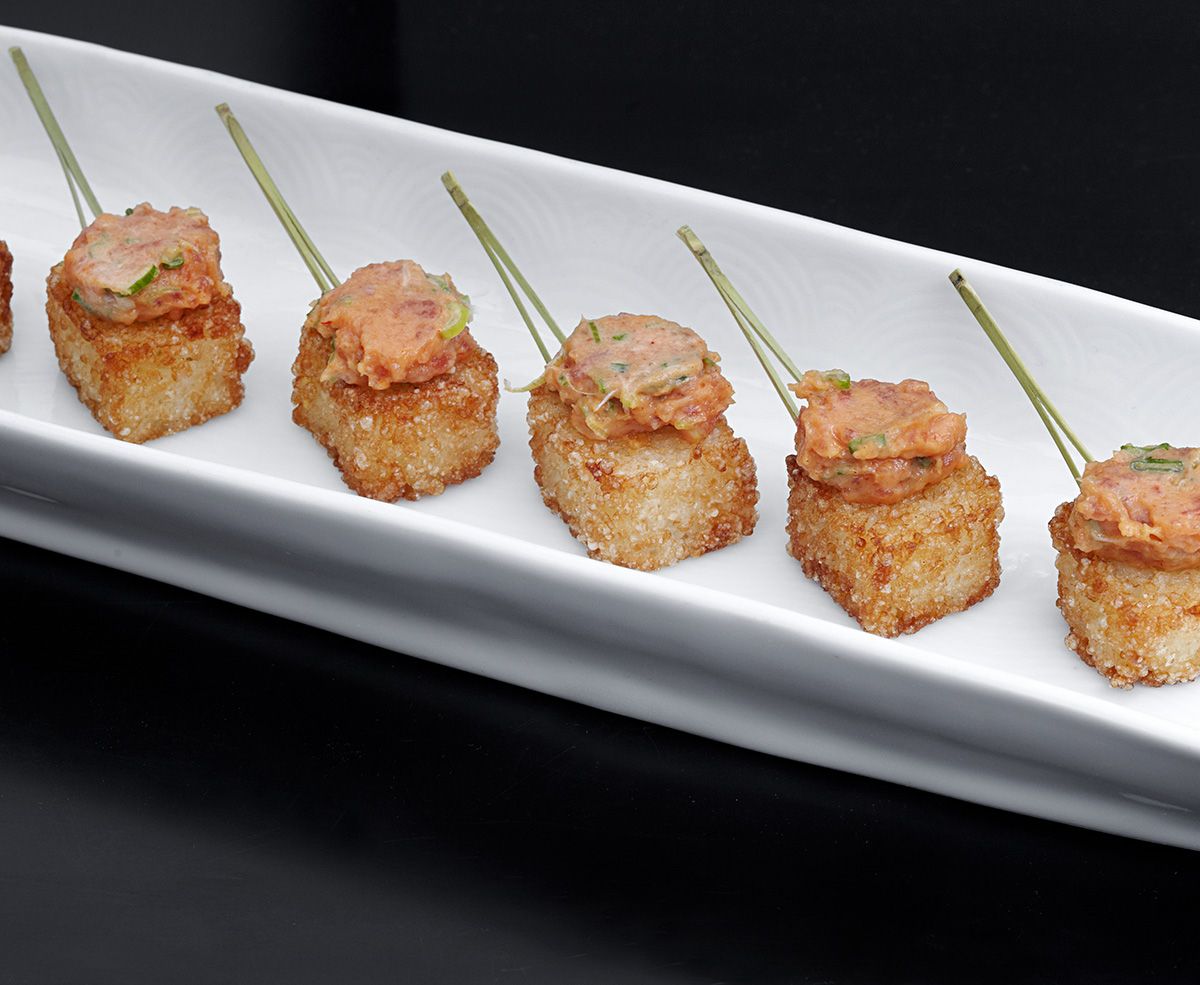 After watching his restaurant go up in flames in Alaska in the 1980s, Nobuyuki Matsuhisa decided to take his Peruvian-influenced Japanese cuisine to Beverly Hills where, favoured by the Hollywood elite, Nobu’s fate as a global brand was sealed writes Kerry Spencer…

He spends ten months of the year on the road, like an international rock star; touring and meeting his fans. We’re talking Bono or Madonna. A star of global proportions, known simply by one name: Nobu.

“We get constant requests for new restaurants around the world, but I have to train the staff and it all takes time,” says Nobu, who has just flown into London from Monaco, and before that Moscow; scouting out new destinations to open Nobu restaurants.

Nobu Restaurants stretch six continents, with 26 restaurants and two hotels—with two more in the pipeline. The chef behind the brand, Nobu Matsuhisa, progressed his culinary prowess in Japan, Peru and North Americafor almost 20 years, before launching Nobu with a group of shareholders.

It was in Nobu’s Beverly Hills restaurant, Matsuhisa, which opened in 1987, that the idea for Nobu first came about. It wasn’t Nobu, however, it was Robert De Niro, a long-time fan of Matsuhisa, who one day suggested opening a Japanese restaurant with Nobu in New York.

Soon after, Robert De Niro flew Nobu to New York to show him a potential site for their first restaurant together. So certain was De Niro of Nobu that he wanted to invest in the first of many Nobu branded restaurants—playing a silent partner, bringing his film industry friends to dine on the finest Japanese cuisine in New York. But Nobu was cautious and didn’t want to rush into anything so soon after opening Matsuhisa.

“I went to see the location in New York, but I had to make my decision and it was too soon for me to open another restaurant. I told Bob: ‘Thank you, but it’s too early for me to move to New York because Matsuhisa is still too young.’”

De Niro was patient and bide his time. Four years later he approached Nobu again. He explains: “After I said no to him, he still came to the restaurant. Then, after four years, he called me and said: ‘Nobu, it’s time to go back to New York.’”

Nobu says, with an air of amazement: “He is Bob De Niro and he’d been waiting for me for four years! He saw Matsuhisa was doing well over those four years and he still wanted to do business with me. And so we started in 1994.”

“[De Niro] is a great actor,” says Nobu, “But at that time he didn’t know the restaurant business. My business partner is Drew Nieporent—a great restaurateur.

“Bob invested money. He loves the food, he trusts my food and I started the business with him because I trust him, too.”

The proof is in the food. Dishes are not overly styled. Quite the opposite, with Nobu sticking to his roots. Using traditional Japanese techniques combined with Peruvian influences, such as the Tiradito dish, featured in the recipes [page 86]. “My basic cooking style is Japanese, with more than 40 years of cooking, I have picked up influences from most places I have visited.”

Born in Saitama, Japan, Nobu found himself fascinated with Japanese cuisine from a young age. Taking up a professional position in Tokyo after graduating from high school, one of his customers offered him an opportunity that would lead him to Lima, Peru, to open his own restaurant, where he would remain for three years.

Peru left a lasting impression on the young chef, who would continue to use Peruvian influences in his cooking, long after leaving Lima.

After a brief spell in Alaska—where Nobu’s then restaurant burnt to the ground—he decided to settle in Beverly Hills. Nobu soon developed a cult following among foodies and celebrities, despite not making a profit for the first two years of business.

After failed business partnerships in the past, Nobu was just happy to finally have his own restaurant, allowing him to cook and run the business as he chose. “It has 38 seats and it’s a small restaurant, nothing fancy. But I was happy, because it was 100 per cent mine.”

“We’ve just had the opening ceremony for the Vegas hotel in April, although it actually opened in February.” Nobu explains: “We’ll then open a hotel in Riyadh, Saudi Arabia, and around the same time we’re opening Nobu Doha.”

The leap from restaurateur to hotelier is a big move. One prompted by Robert De Niro, who already has a hotel in Manhattan.

“We have restaurants within other hotels, such as this one—Nobu Park Lane [within COMO’s Metropolitan hotel, London]. And Bob already has a hotel called The Greenwich in New York, so one day, he just said: ‘Why don’t we open a hotel instead of opening within other hotels?’”

The Las Vegas property was a gamble that the shareholders were willing to take.Located within Caesars Palace, the property has 181 rooms and the largest Nobu restaurant in the world. With 327 covers, the restaurant is capable of feeding over 600 guests in one night.

Guest facilities include a personalised arrival experience, access to the 5,500sqft fitness centre within Qua Baths & Spa and priority reservations and VIP access to Nobu Restaurant.

“Opening the hotels has been a learning curve, but it’s a new challenge,” says Nobu.

In March 2011, Nobu watched, along with the rest of the world, as a devastating earthquake caused a tsunami in north-east Japan. In 2012, the Japanese Police Agency released a report confirming the earthquake and tsunami had been responsible for 15,883 deaths—with a further 2,681 missing.

“10 March, the day before [the earthquake and tsunami], was my birthday, so I’d had the day off.” Nobu recalls: “I turned on the TV and every news channel was showing the same thing.

“I was shocked to my soul. We immediately began fundraising, to raise money for the victims, in all Nobu restaurants. We started a special Japan Relief dinner, which cost $150 per person. $50 from each dinner went to the charity.” Nobu continues: “Even now, we still charge an optional $0.50 for green tea, which goes to charity.”

Nobu is particularly keen to support children who have been affected by the disaster. He adds: “More than 500 children lost a parent in the tsunami.”

Japan will, of course, always remain close to Nobu’s heart. Although his home is in California, Nobu visits Japan with his wife every August. “It’s difficult to relax in Los Angeles. If I stay in the States I’d never rest. I have a house in Japan. It’s half an hour from Tokyo and there I can escape from everything. I take a hot spring, sleep, exercise and spend time with my family—my wife cooks and we eat simple food when we’re there.”

Nobu has been cooking all of his life, but he’s still the man he was when he first started out—if not wiser and more experienced. “I haven’t changed anything about me. Now people recognise me on the street, but I’m the same person I was 20 years ago. Nobu is Nobu.”

The flow of the Korean wave

Chef Judy Joo and photographer Jean Cazals travel to Korea to explore the incredible food landscapes of Seoul and Busan and its impact on the global food scene, as seen in FOUR International…

The winner of Pink Lady® Food Photographer of the Year 2016 is unwrapped.