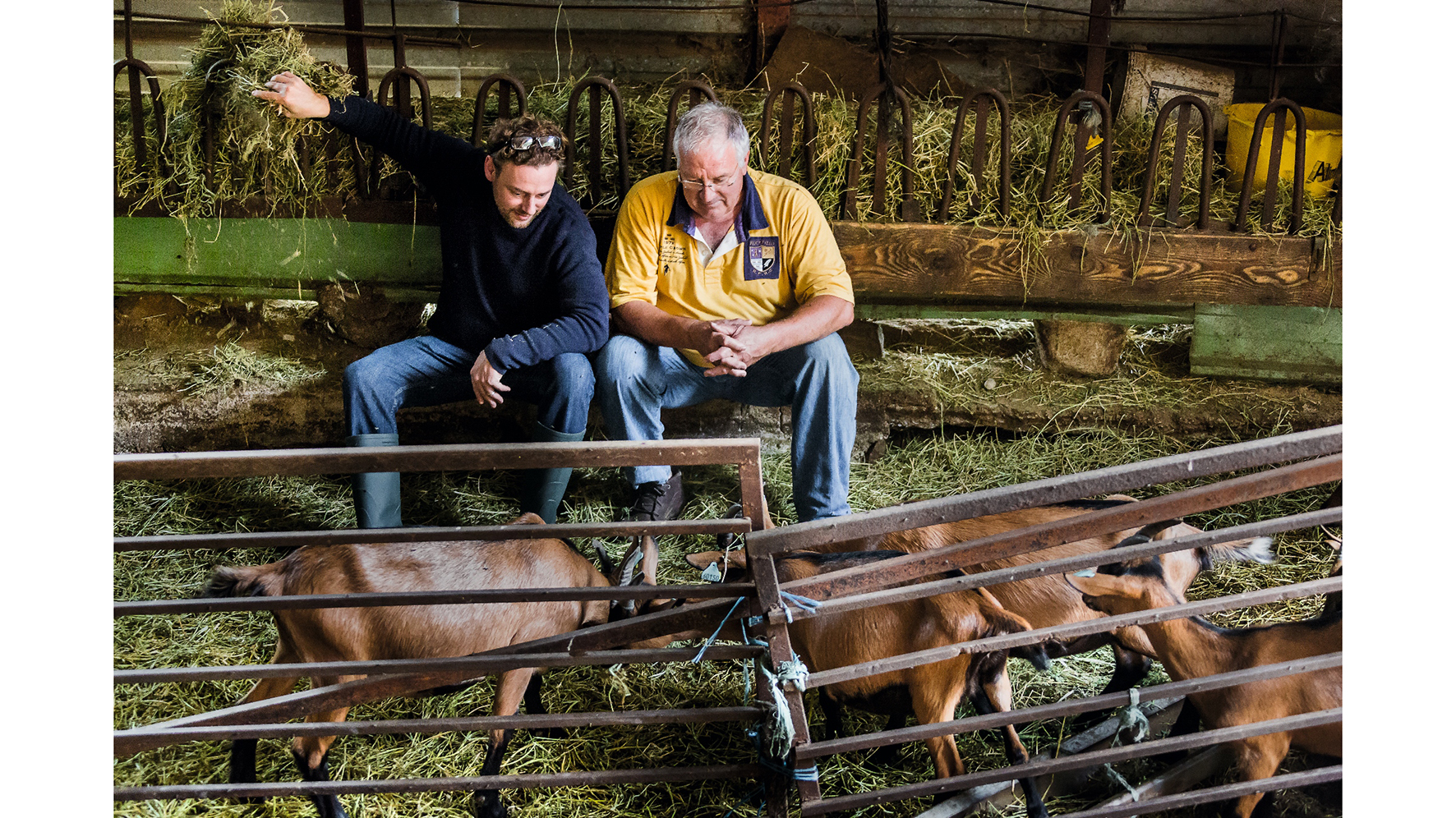 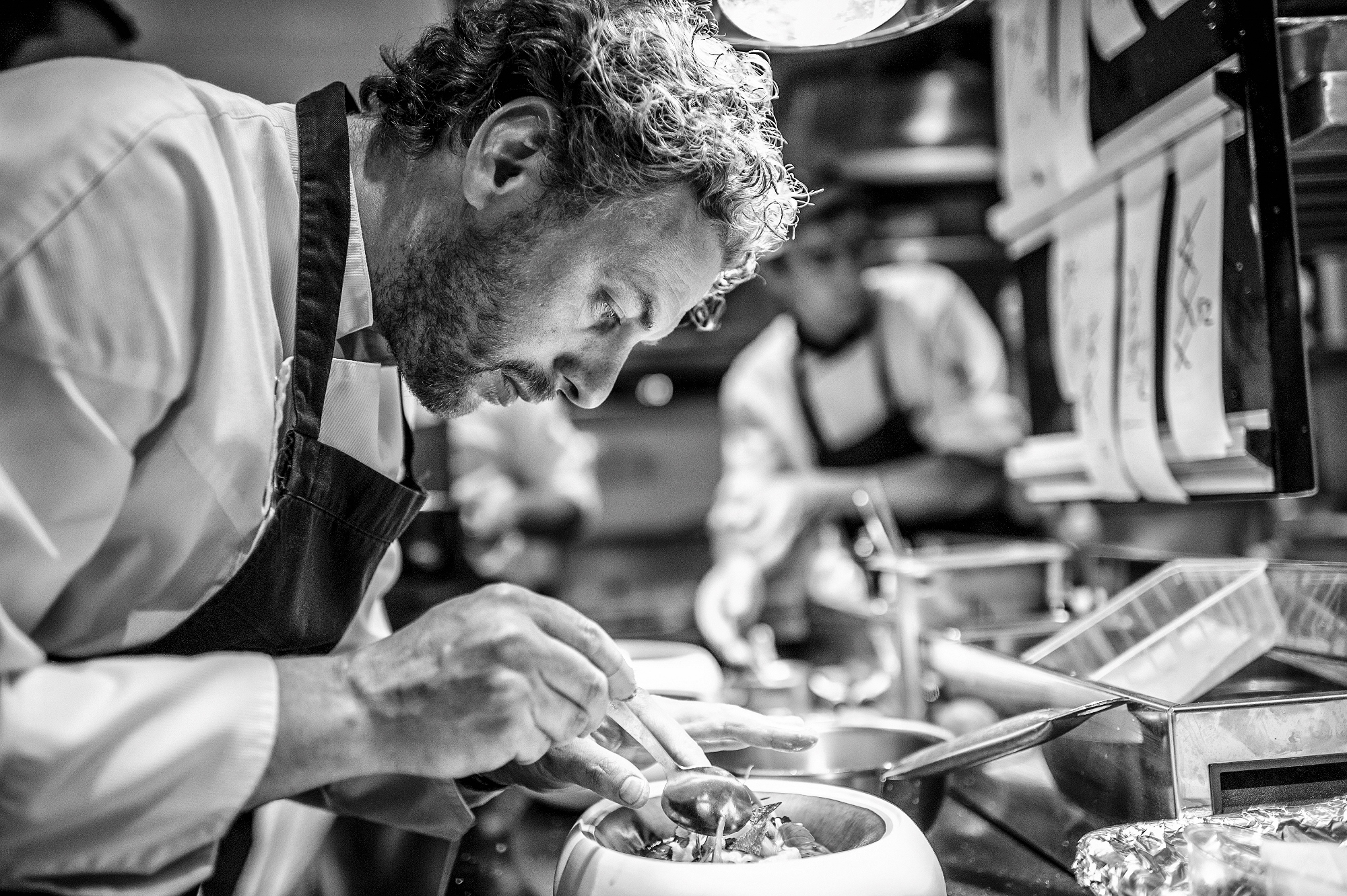 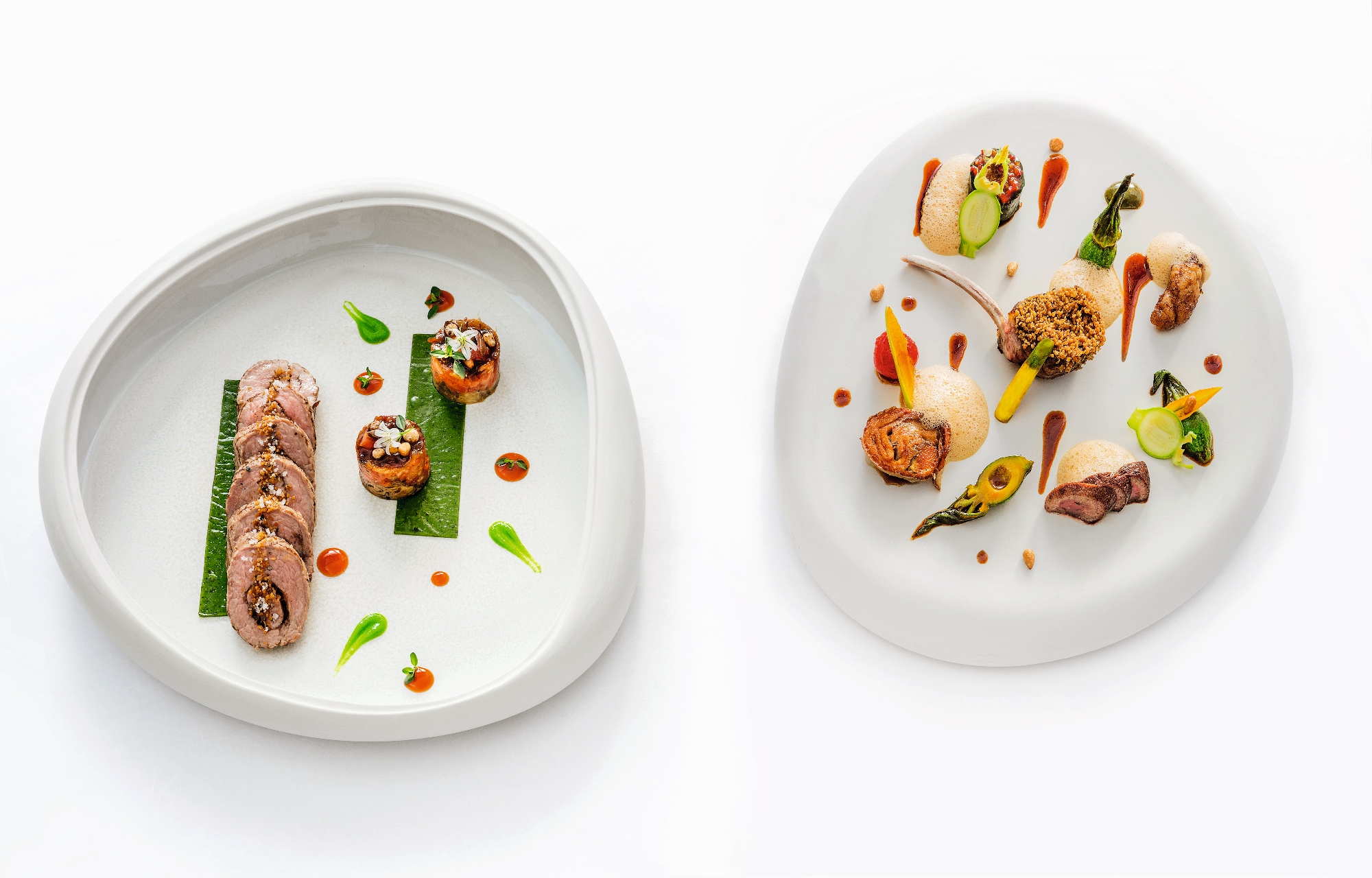 Arnaud Donckele | The Pastor of Provence

Surrounded by the wealth of select ingredients available in Provence, Arnaud Donckele has become synonymous with a bucolic attitude towards the culinary arts. Using local delicacies to inspire his cooking, his restaurant La Vague d’Or has been rewarded with the highest culinary accolade of three Michelin stars since 2013.

Arnaud Donckele was born in Rouen in Seine-Maritime, France, and it can be said that his father is the source of his early fascination with famous chefs and cooking. “My father was in catering and had two passions – gastronomy and hunting. As a child, I would do anything for his attention, which is why I chose to follow one of his passions.”

He grew up surrounded by cookbooks and reading the biographies of gourmet chefs, which only fuelled his hunger for cooking even more. By the age of 12 he could already be found working alongside his father, both being as engrossed in food as each other. “My father had given me his passion for culinary arts. He helped me to develop my palate, as well as my culinary memory, two essential qualities in the gastronomic world.”

They fed off of each other’s enthusiasm for gastronomy, and for Donckele this was undoubtedly the path that he would continue along for the foreseeable future.

Even now, the childhood memories he holds of the time spent with his father, the family’s vegetable garden and authentic produce all continue to inspire his work to this day. “We are in an extraordinary area between land and sea, so we are very privileged! I have an incredible relationship with locals who take care of our vegetables and raise our lamb, rabbit and fowl. They share my desire to create exceptional ingredients. Without their love and hard work, we would be nothing because as cooks, we are nothing compared with Mother Nature.“

There is also a formidable list of chefs whom Donckele claims have helped shape his style of cooking. “Michel Guérard, Alain Ducasse and Jean-Louis Nomicos guided me on my knowledge of ingredients, poetry, and discipline. They were deeply involved in my education, and I am a fusion of their three schools.”

So naturally, when Donckele came to La Vague d’Or, La Résidence de la Pinède in Saint-Tropez in 2005, he readily incorporated this solid experience, as well as gastronomic diligence and a huge passion for local produce and small producers, to create an award-winning menu. “We are inspired by the area that surrounds us and the emotions that they procure – the sea, the land, the pines – everything that encapsulates the charm of the Mediterranean.”

After developing and refining his method and culinary style, it was in 2010 that Donckele received two Michelin stars for his cuisine at La Vague d’Or. By 2013, he had then earned his third star in the Michelin Guide for France. “It’s a truly unique moment in the life of a cook, which I hope every chef gets to experience at some point in their career. But yes, it was a complete surprise indeed. We strive for our guests – and only for them – and I think, in the end, this is the best recipe for success.”

Aged 35 at the time, Donckele became the youngest three-Michelin-starred chef. Claiming that the key elements to this success lay in “our sincerity, our profound love for our craft and our respect for our environment”, it’s easy to see that Arnaud Donckele is a man who displays unbridled culinary wisdom and a dedication to paying tribute to those who have marked his career.

“We aim to o er every guest a theatrical experience encompassing our Provençal environment and the timeless discoveries we have made. I have quoted a phrase by Jean Giono, who defines La Vague d’Or as “Life is the hunt for happiness”. Among this happiness, the celebration of culinary indulgence is one  of the most important. A country’s worth is surely based on the joy it gives to its people and those who visit.”

To further this success, in 2016 Gault Millau awarded the talented chef with a ve Toques distinction and a rating of 19.5/20, recognising the skill and unique personality that he has nurtured into his Mediterranean menu. He has also been celebrated for the exquisite cohesion he has developed between his brigade of 21 cooks and bakers in the kitchen at La Vague d’or.

Passionate about the region, he imagines a gastronomic cuisine inspired by not only the avours of Provence but also the cuisine of the whole country. “Gastronomy, or, art that satisfies indulgence, represents a country in the same way as the other arts. Cuisine allows us to understand the land. The land allows us to understand cuisine.”

Sculpting ingredients in order to extract the true essence of the product and French landscape is what makes Arnaud Donckele a true artisan of taste.