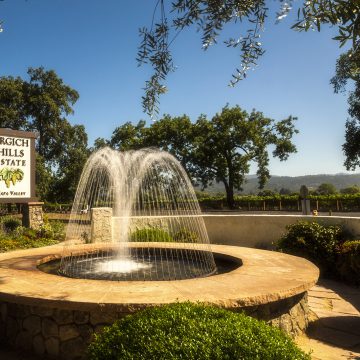 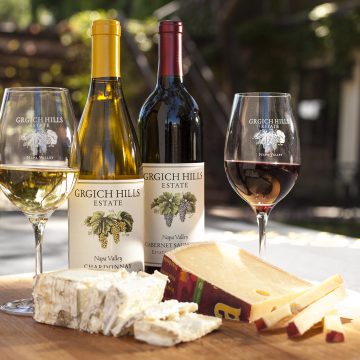 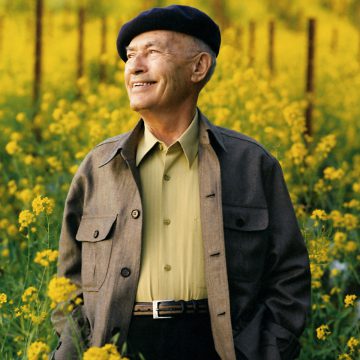 An inductee to the Vintner’s Hall of Fame and president, winemaker and co-proprietor of Grgich Hills Wine Estate in the Napa Valley, Croatian-born Milijenko ‘Mike’ Grgich is a self-made man, known to wine aficionados the world-over as the King of Chardonnay. As seen in FOUR’s International Edition

Over the past 50 years, Milijenko ‘Mike’ Grgich has become something of a legend in the Napa Valley. His wines, crafted in the classic Old World tradition, have won a glut of local and international prizes, making him a world-renowned winemaker and Grgich Hills one of the most celebrated wineries in the U.S and the world.

Passionate in his quest for quality, Mike has also helped pioneer a number of significant breakthroughs in California winemaking techniques, including the use of cold sterilisation, malolactic fermentation and the use of oak barrels for proper ageing.

In 1976, the 1973 Chardonnay that Mike crafted for Chateau Montelena, beat the very best wines in France in a now famous blind tasting in Paris, catapulting the Napa Valley to the forefront of the world’s wine stage. For Mike, the event is one of the most memorable in his illustrious career as a top rated winemaker. “For years, everybody in the world believed that only French soils could produce great wines. We shattered that myth. That was probably the most significant result of the Paris tasting. Our victory pumped new energy into the California wine industry, particularly in the Napa Valley, and it energised winemakers in many other parts of the world, such as Argentina and Chile. They realised that if we could do it, so could they.”

Mike’s passion for quality wines stems back to his childhood, which he spent in the vineyard owned by his family in the village of Desne on Croatia’s Dalmatian coast. Every year, his father made wine, just as his grandfather had and his great-grandfather before him. As a small child, and one of 11 children, Mike was weaned from his mother to a 50-50 mixture of water and red wine and at the tender age of three, he began stomping grapes. Later he went to business college and then, in 1949, he went to the University of Zagreb, where he studied chemistry, enology, microbiology, soil biology, meteorology, irrigation, plants, fruit and grapes, all in preparation of becoming a winemaker.

Unhappy with life in Yugoslavia, which at the time was under communist rule, Mike decided to elope to West Germany, in 1954, in search for freedom. Later, he made his way to Canada and eventually, in 1958, inspired by stories of self-made Americans like Henry Ford, Andrew Carnegie, and John D. Rockefeller, he landed in Napa Valley, with only a small suitcase in tow.

Mike immediately went to work for Lee Stewart, founder of Souverain Winery and an early Napa Valley pioneer. After one harvest, Mike moved to Christian Brothers and then on to Beaulieu Vineyard where he spent nine years working alongside the legendary Russian winemaker André Tchelistcheff. In 1968, eager for more responsibility, Mike became chief enologist at the most innovative winery at the time, the Robert Mondavi Winery. “In 1969, I made my first Cabernet for Robert Mondavi,” Mike recalls. “I introduced malolactic fermentation and other methods we had been developing at Beaulieu. Then, in an important blind tasting, 15 California winemakers proclaimed ours to be the best Cabernet in all of California.”

In 1972 Mike joined Chateau Montelena as winemaker and limited partner. Five years later the success of his Chardonnay at the Paris tasting led to fulfilling his lifelong dream of owning his own winery. In 1977, joining forces with Austin Hills of Hills Bros. Coffee, Mike created Grgich Hills Cellar, located in Rutherford, the heart of the Napa Valley. Mike soon scored another huge victory, in Chicago at The Great Chardonnay Showdown (1980), which saw 221 chardonnays from around the world brought together for a historic first: the largest blind tasting ever of wines made from a single varietal.

Grgich Hills 1977 Chardonnay was awarded the first place ribbon, quickly gaining Mike a reputation as a legendary winemaker and the affectionate pseudonym King of Chardonnay.

Mike’s influence has continued to spread ever since. In 1996, he returned to his native Croatia and opened a new winery, Grgic Vina, producing fine wines and bringing Croatia the latest in modern winemaking techniques. While in 2001, Mike played an instrumental role, with U.C. Davis Professor Carole Meredith, in tracing the mysterious roots of California Zinfandel back to his native Croatia.

Mike’s commitment to producing quality wines has led him to search out more sustainable, ecological methods of production. In 2006, for example, the winery switched to solar power. Mike’s continued commitment to making wine as organic as possible has also led to the farming on Grgich Hills Estate to be carried out without artificial fertilisers, pesticides or herbicides.

Mike continues to guide Grgich Hills Estate and to plan for its future. While some Napa Valley wineries look to expand, Mike and his daughter, Violet Grgich, and his nephew, Ivo Jeramaz, prefer to stay small and to focus on improving the quality of their vineyards and wines, always according to Mike’s unique artistic and intuitive touch. For Mike, his passion for wine goes deeper than the soil upon which he’s built his Grgich Hills empire. “There is no sure-proof scientific formula for making great wines. Over the years I have learned to communicate with the wines and how to nurture them. I realised that you don’t make wine only with your head and your senses. You make wine with your heart. You have to pour your heart and your love into the wine. To me, wines are like my children. You have to love them and guide them like children and you have to transmit to them the richness of your spirit.”

With the resurgence in the popularity of sherry in cocktails and as a drink, especially dry styles like fino that have amazing food matching qualities, in full swing FOUR heads to the home of the tipple in Jerez to speak to Antonio Flores, the legendary winemaker who was born in the historic Gonzlaez Byass bodega…