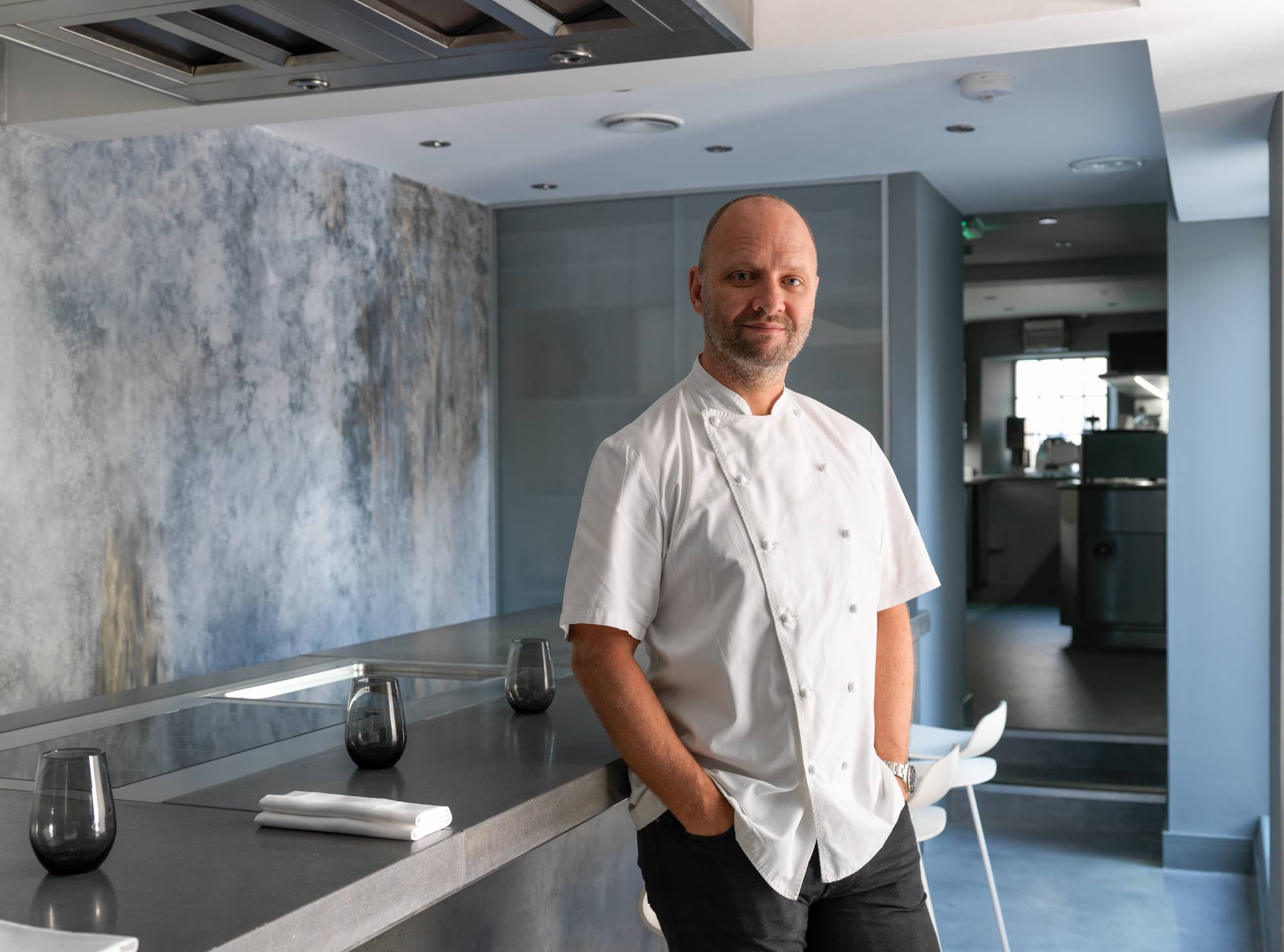 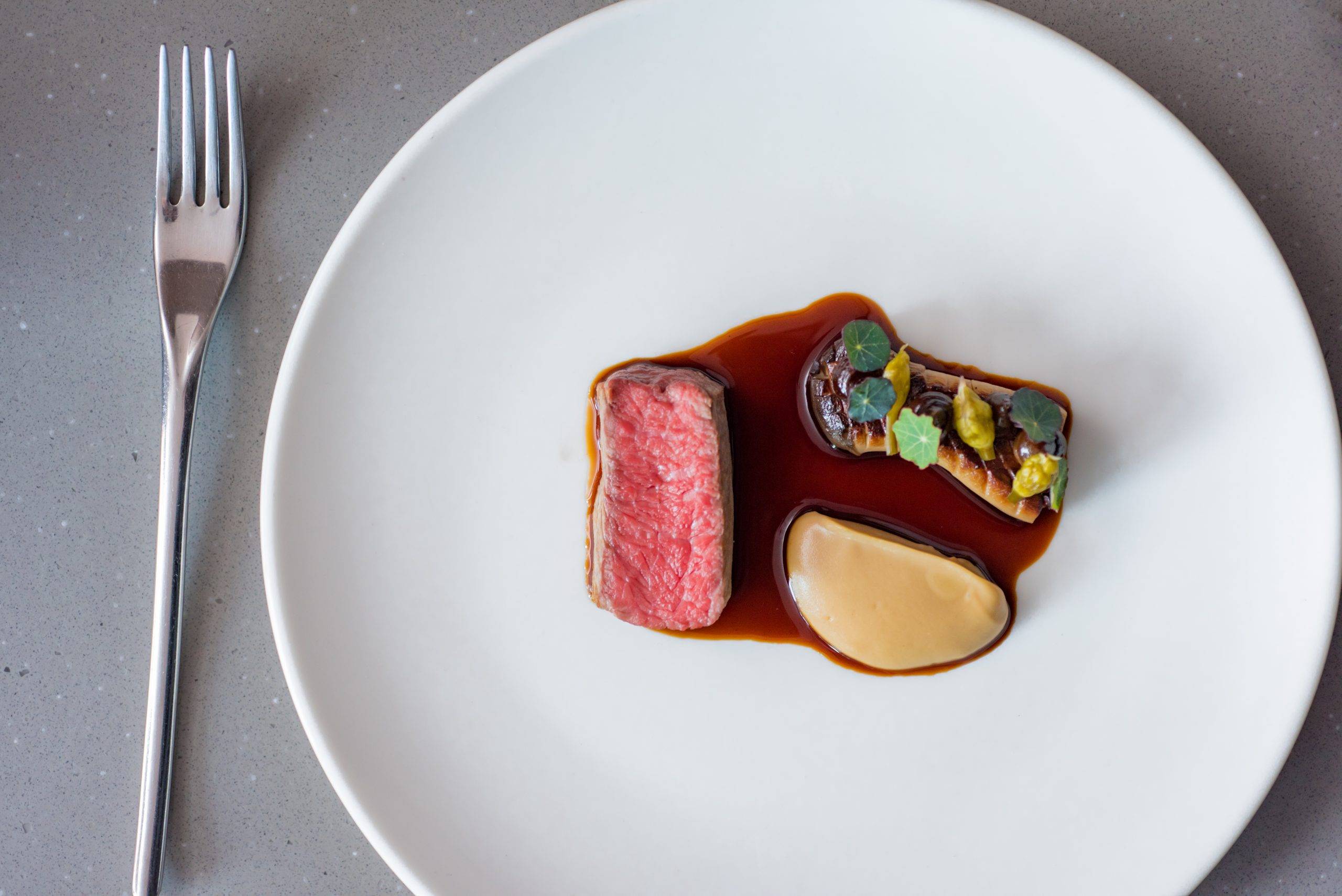 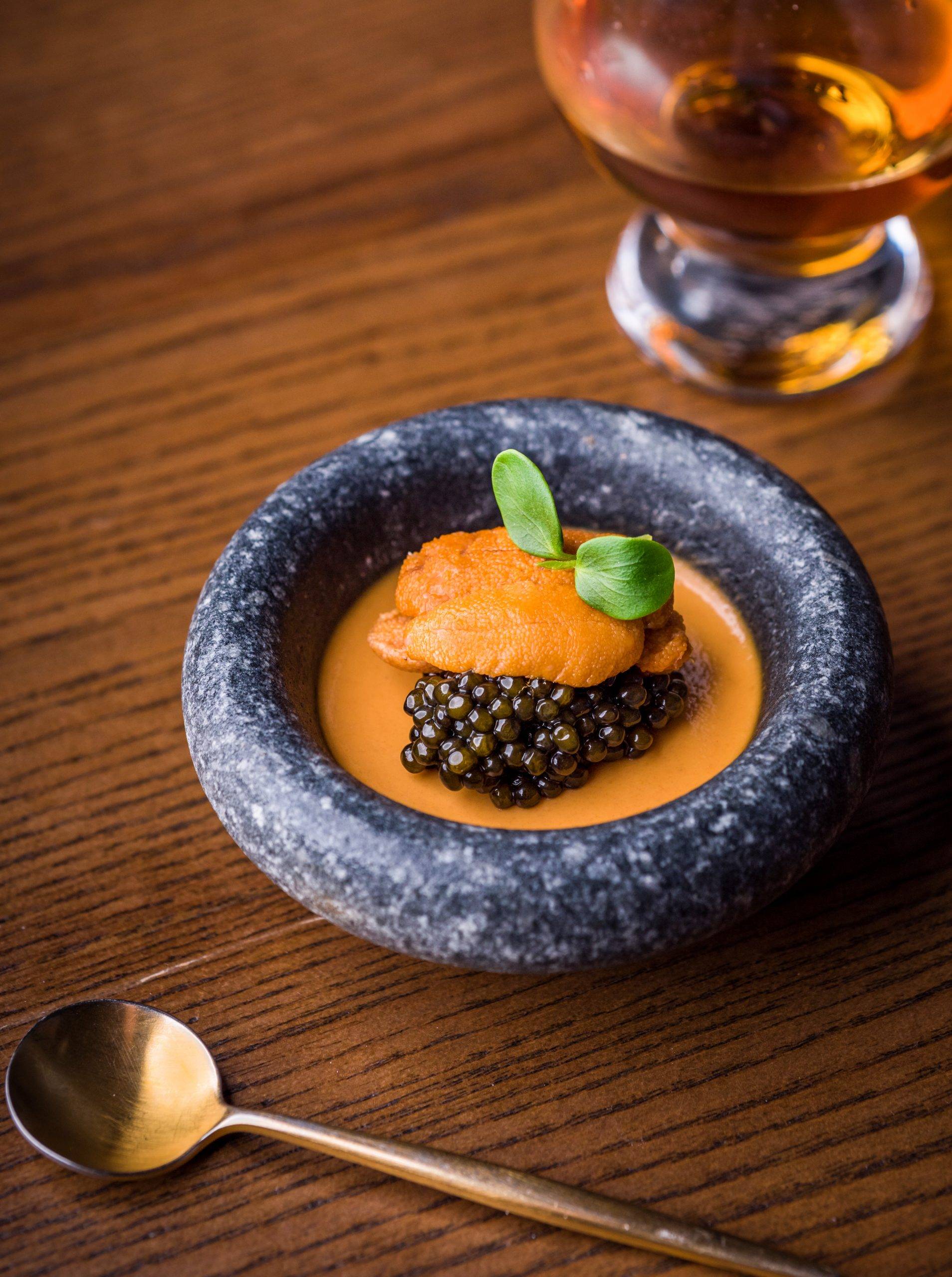 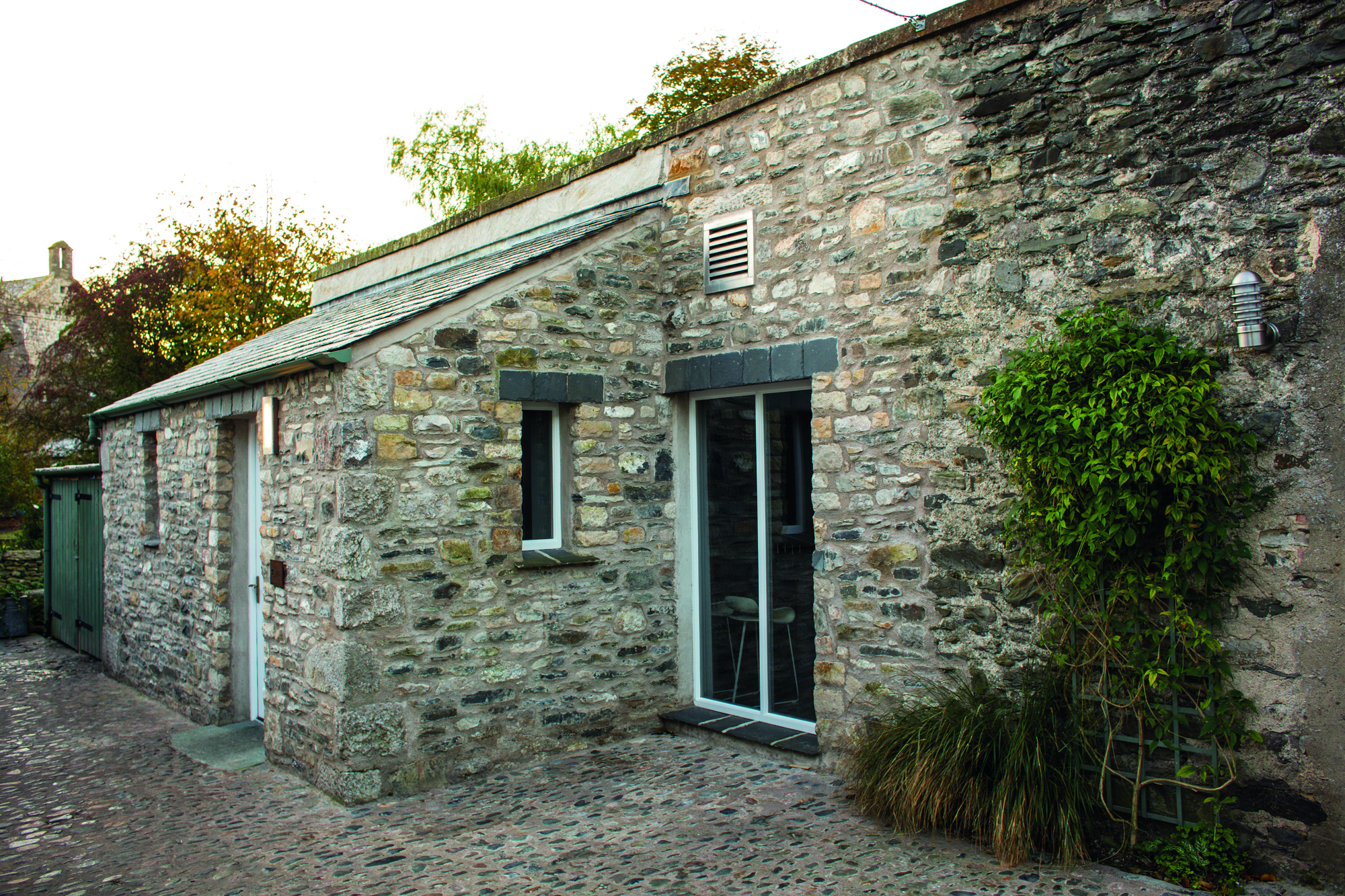 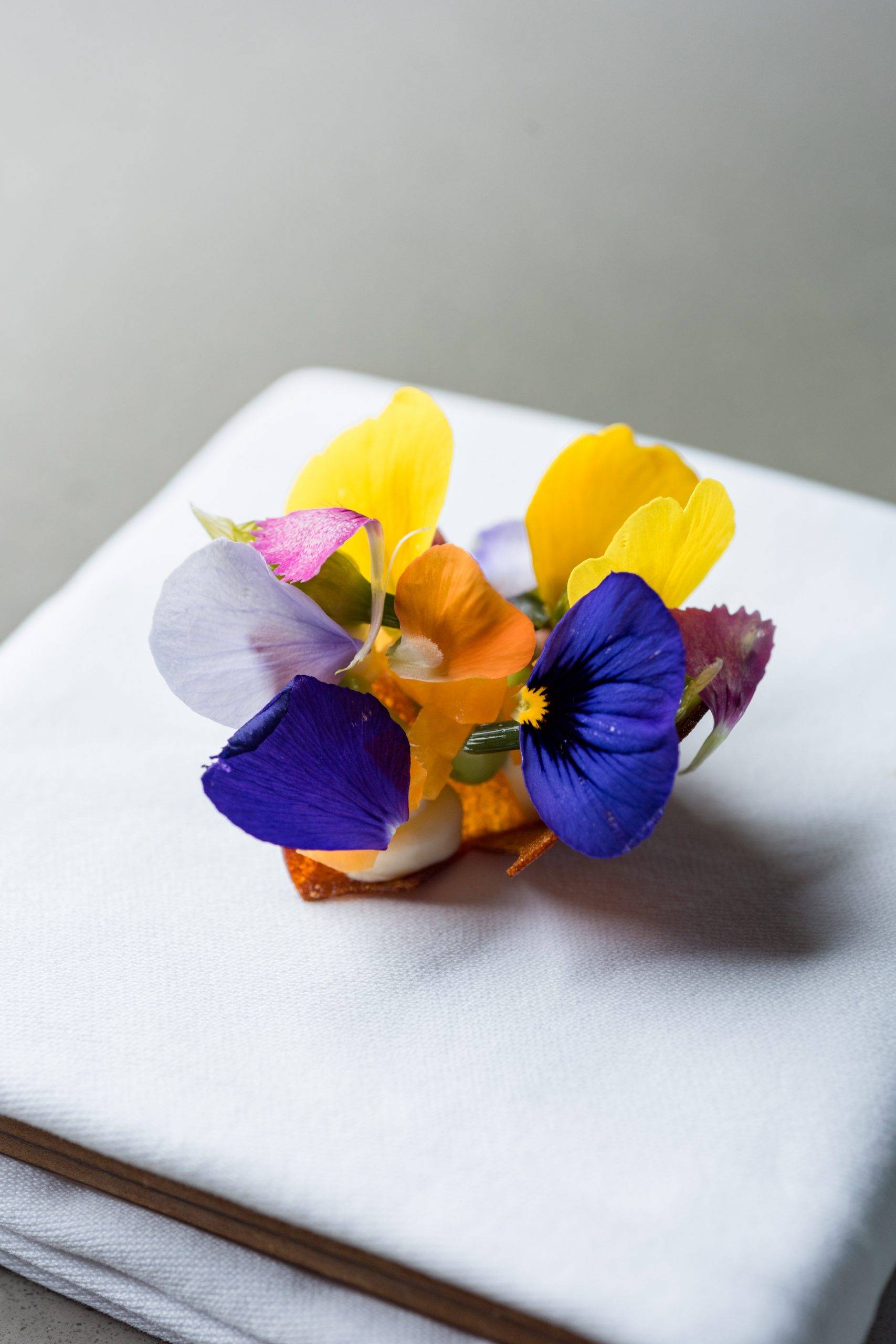 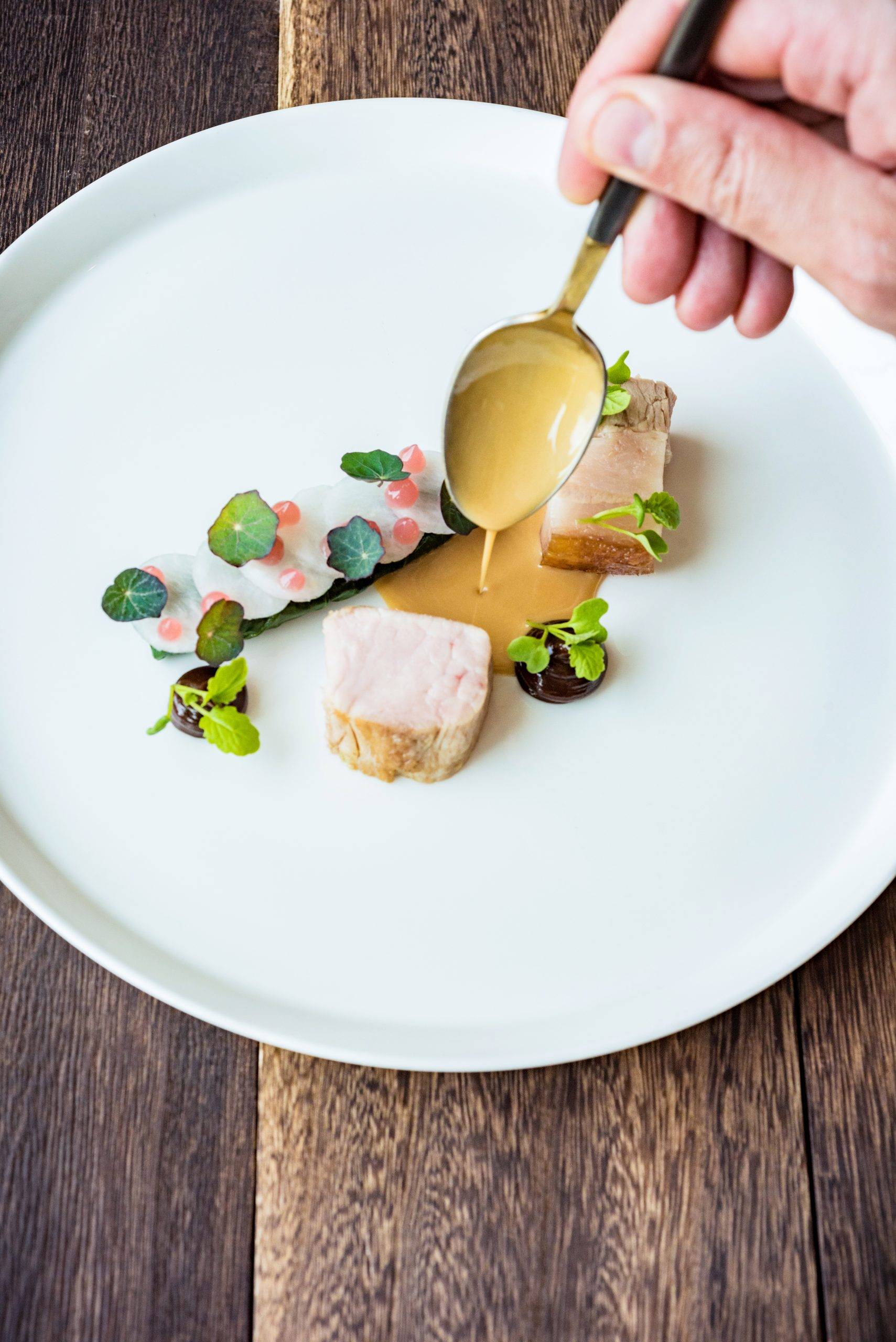 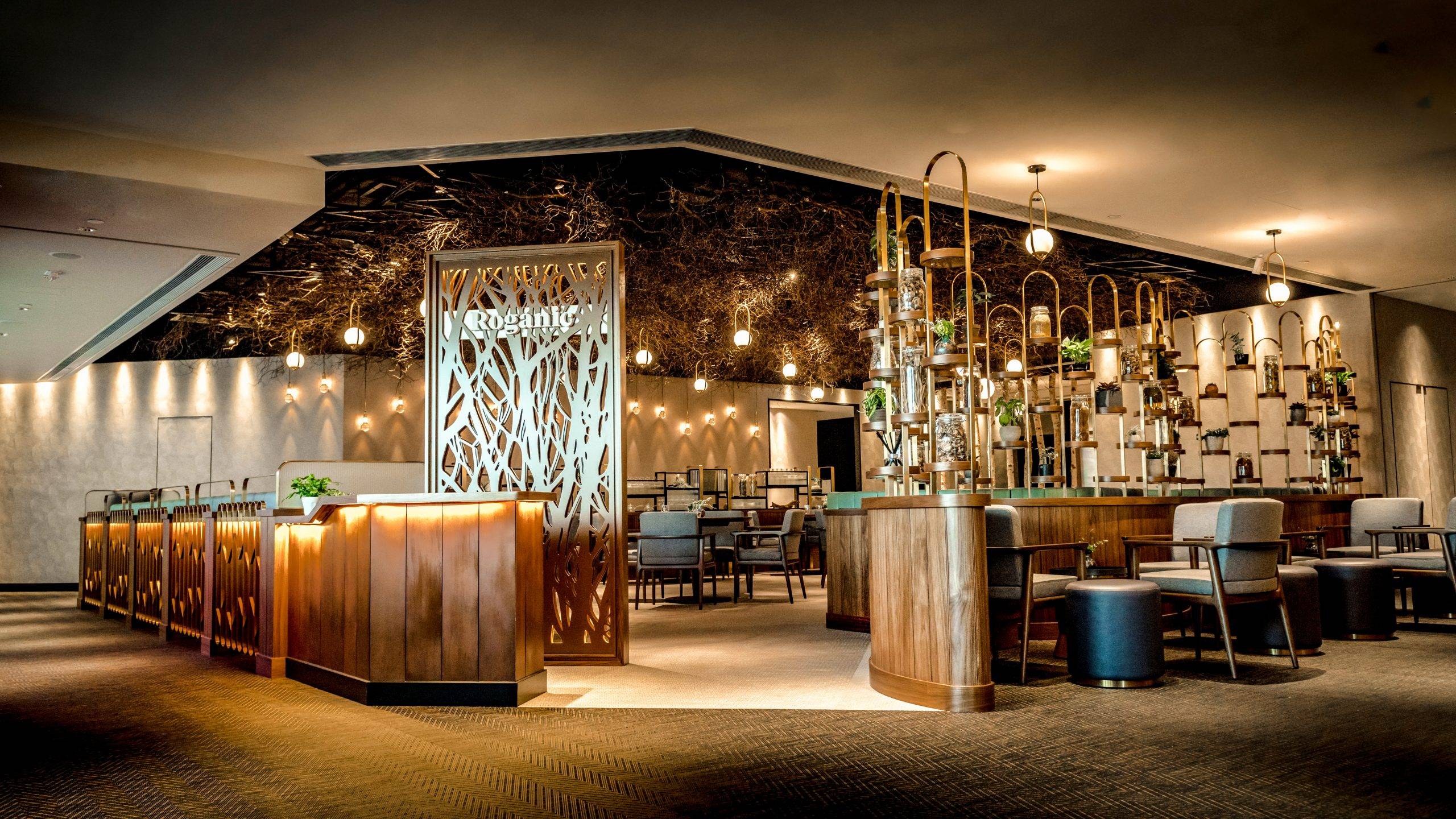 A Natural in the Kitchen

British chef Simon Rogan rooted his name in the culinary industry when his maiden restaurant, L’Enclume, blossomed into one of the UK’s top places to dine. His dedication to growing and cooking first-rate produce has given him five fruitful restaurants, and with two more having successfully launched in Hong Kong, Rogan’s culinary career is in full bloom.

An avid and talented sportsman growing up, Simon Rogan dreamed of becoming a professional athlete. His skillset on the field was extensive, and ranged across a handful of different sports, but he admits that in his youth he lacked the dedication and commitment required to make this a successful career. Looking for extra pocket money as a teenager, the chef who now holds a cumulative five Michelin stars, started working at a Greek restaurant in Southampton – and this is where his culinary journey began.

“My Dad was a fruit and veg salesman in the markets in Southampton and he used to bring a lot of stuff home to cook with and as my parents were very much working parents, I would often cook family meals for when they got in and I really liked doing it.”

“At 14 I got myself a job in a Greek restaurant in Southampton at weekends, and as I loved money so much and a football career was never going to happen, this led to a full-time job and day release college. It was a shock getting to college because I was rubbish compared to all the other cooks and I wasn’t happy with that. So I got myself an apprenticeship somewhere else where I could make myself the best that I could be and I was on my way.”

After two decades of training under some of Britain’s culinary greats, Simon opened his first solo venture, L’Enclume, in 2002. A space nestled on the banks of the Cartmel River, L’Enclume became Rogan’s culinary playground where he experimented with foraged herbs, flowers and roots. Now, known for its innovative dishes made using the best seasonal and local produce from Rogan’s farm, L’Enclume is one of the UK’s best and most loved restaurants, boasting two Michelin-stars, five AA Rosettes and a host of other accolades.

“I always wanted to do something different leading up to the opening of L’Enclume. I had always admired the work of Gagnaire and Bras but the single biggest inspiration leading to where I am today would have to be Marc Veyrat. I had the best meals of my life at his restaurants and I was fascinated by his use of alpine herbs, flowers and roots in his cookery – that led me to seek out similar ingredients when I arrived in the Lake District.”

“L’Enclume is the mother ship and where it all began. It’s a beautiful building in a magical medieval village in one of the most stunning areas of the UK, so it will always have the special place in my heart, but it simply shares the approach that we install into all of our restaurants which is: a British-influenced, smart, clean and imaginative menu, cooked simply with flair and maximum flavor, mostly due to the qualities of the best organic produce available to us.”

Rogan has since opened another five restaurants in the UK, Rogan & Co., Roganic, Aulis London, Aulis at L’Enclume and the newest addition, Henrock. All five spaces share in L’Enclume’s philosophy that excellent produce reaps exquisite taste, and with Rogan & Co. and Roganic also being awarded Michelin stars, Simon’s culinary prowess is irrefutable. At the end of January 2019, Rogan expanded his repertoire of restaurants overseas, opening branches of Aulis and Roganic in the bustling food scene of Hong Kong.

“The Aulis and Roganic in Hong Kong are probably the most spacious units in our group. They will be very smart and elegant but will always give you the underlying feeling of nature that we try to create in all of our restaurants. We have to be sympathetic to our surroundings though; we can’t and wouldn’t want to hide the fact that we are slap bang in the middle of one of the busiest and exciting cities in the world. We faced the same issues with the London versions of Aulis and Roganic and how we would try to replicate our style and ethos from L’Enclume and Rogan & Co. to London.  Their success is proof the concept works, and we are now ready to build on their success by hopefully doing the same in Hong Kong.”

“There will be different supply lines and questions to answer [in Hong Kong] but in essence our thoughts for the menu will be the same, growing as much as we can ourselves, seeking out the finest ingredients that we can’t produce ourselves and having an amazing team to use them. “

“The Aulis experience is very intimate. You are up close and personal, sat around a bar of 12 covers, surrounded by all our apparatus, being cooked for by two very talented and experienced guys who are well versed into our ethos. It is very much a place where you can find out the thinking behind all that we do, and it is a window for a sneaky preview of upcoming dishes that will be served at Roganic.”

“Roganic is more of an orthodox restaurant; I say that in the loosest possible term. I hope it will be seen as a trailblazer and something really different on the Hong Kong scene. There will be a very natural but elegant feel to both places with a warm and friendly ambiance. It’s simply about making our guests really happy with some really tasty food and lovely service to match the surroundings.”

“The [Aulis and Roganic Hong Kong] restaurants’ menus will be heavily influenced by the London versions but will evolve in some ways. Many of the dishes will have their roots from the originals that have been instrumental in gaining the success they’ve had. There will be the essence of some of these favorites such as the sea urchin custard, the salt baked celeriac dish or my grilled salad with cheese and truffle.”

Based on the success of all Rogan’s UK restaurants, the Hong Kong newcomers will easily follow suit. It’s Rogan’s culinary philosophy and how he translates this onto a plate that keeps diners flocking to his food. Simplicity and quality of ingredients are key to the triumph of Rogan’s dishes, but it took the chef years to gain enough skill and knowledge to perfect this approach.

“Over the years as we’ve got better at growing things on our farm, so the food has become simpler as a result of this. I am very much of the opinion less is more these days, and to let these wonderful ingredients that we have speak for themselves. I want a dish to be visually exciting of course, original, balanced and that can tell a story of my ethos and personality. But above all, flavor is everything, every element must taste good and be in perfect harmony with each other. I have a real dislike for overdressed, muddled food with confused flavors, which I think is fairly evident when you look at my food on the plate.”

Rogan’s farm in the Cartmel Valley is where the creative journey of his dishes begins. Here, the rhythms of the seasons are at their most apparent, and Rogan alongside his team of chefs select what to grow, when to harvest it and how to best prepare it.

“The creative journey of a dish now generally begins on our farm or by finding a fantastic ingredient.  Ideas for those items are discussed between my senior staff and me in Aulis where development then begins on those ideas. This eventually leads to them appearing on the menus of the Aulis tables, where we then decide whether or not they will make it onto the full menus at the restaurants.”

“Our farm is everything to us. It’s is a massive inspiration and dictates our whole operation. It gives us total control and as I said, over the years I think it has helped me mature as a Chef and to see things for what they are. As we got better at growing these wonderful ingredients from nature, the desire to over manipulate them has decreased. When you have raw materials that good, you need to cook them simply and with respect.”

“It is a lot more than just growing though. Our prime objective in Cartmel has always been to create an operation that is totally sustainable and at one with its surroundings. Few people have the opportunity or facilities to carry that idea through fully, so inspiring others and making people understand seasonality, regionality and organic principles is also very important. We want to show people the right way by getting them to buy more from markets, less from supermarkets and eat less at fast food chains that contribute to the terrible damage caused to our planet. This is the most fulfilling thing I’ve ever done.”

It is this connection between the Chef’s restaurants and their surroundings that he believes has led to their success, Simon explains: “The key elements other than super tasty food and great service for the success of L’Enclume and Rogan & Co. has been the ethos and their connection to their surroundings. There is a time and sense of place that cannot be beaten and obviously the facilities we have built up over the years has ensured its progression to where it is today.”

“It’s always been about a real determination to stick to this ethos and drive it forward to create a clear message to our guests. We have a true love in what we are doing and what we stand for and people appreciate this. We have a great determination to carry this into Aulis and Roganic Hong Kong.”

“In Cartmel, we source most of our produce from our farm and the immediate area, we are very fortunate to have that facility and that is what guests who come to L’Enclume expect. In London, we will supply a lot of what Aulis and Roganic needs from up there also but being in the capital city we look at the best quality ingredients from suppliers across the UK.”

“It’s early days setting up supply lines to Hong Kong, but we are looking at working with a couple of organic farms in the New Territories which looks very exciting. We will be growing certain items on site in Hong Kong using ingenious propagators that I am importing from the UK and we will also be looking to import some of the fabulous produce available to me from the English Lake District, but we will try to embrace as many local products as possible.”

The range of ingredients that Asia offers is one of the main reasons behind Rogan selecting Hong Kong as the location to for his expansion overseas, along with its incredible fine-dining scene, he says: “The dining scene in Hong Kong is pretty amazing.  I have done some extensive eating in Hong Kong over the past year and I have to say it is quite unbelievable. There are so many quality restaurants that are run by so many talented people. The variety and quality go from strength to strength so we want to become a part of that and hopefully add a little something of our own.”