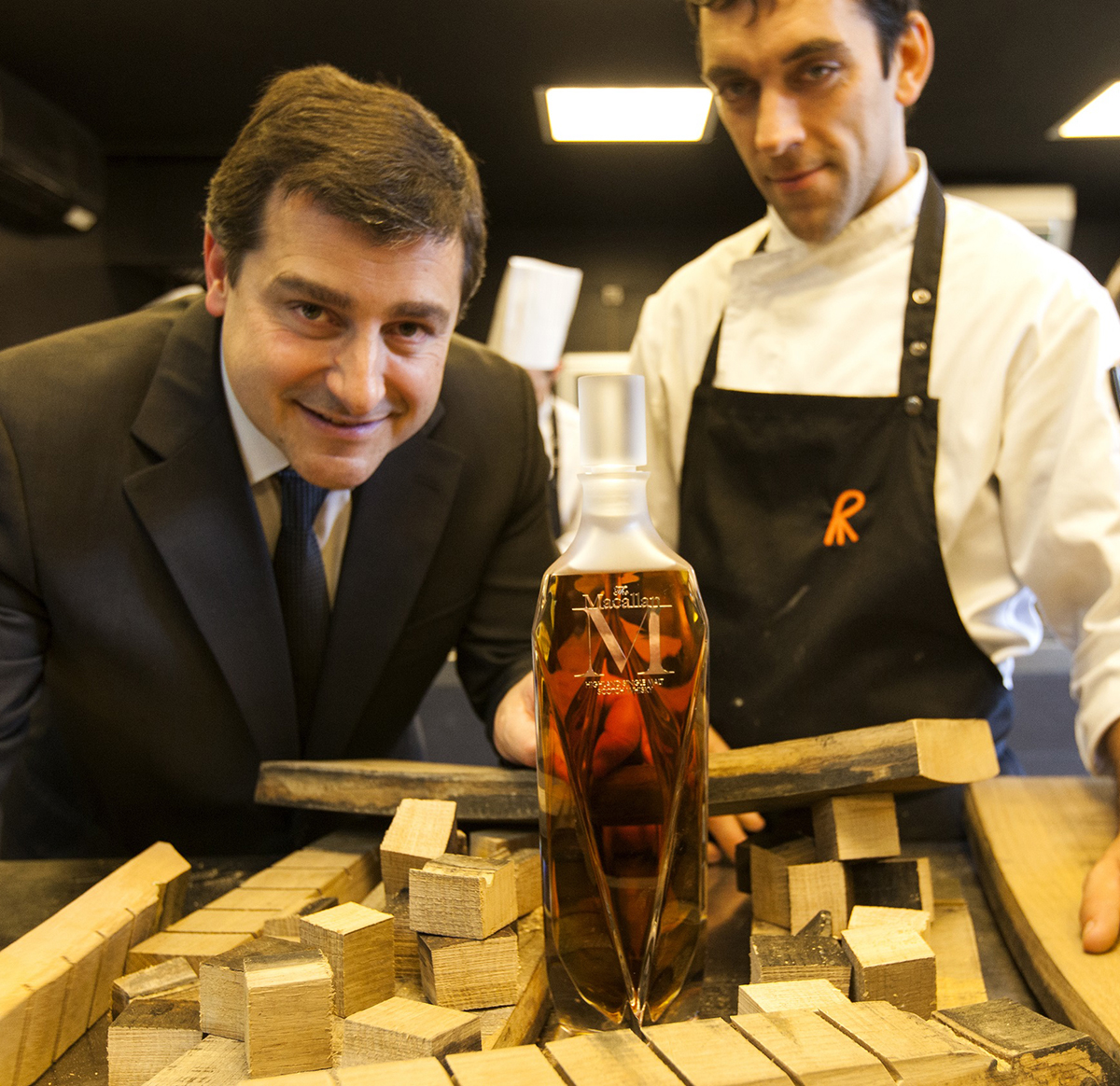 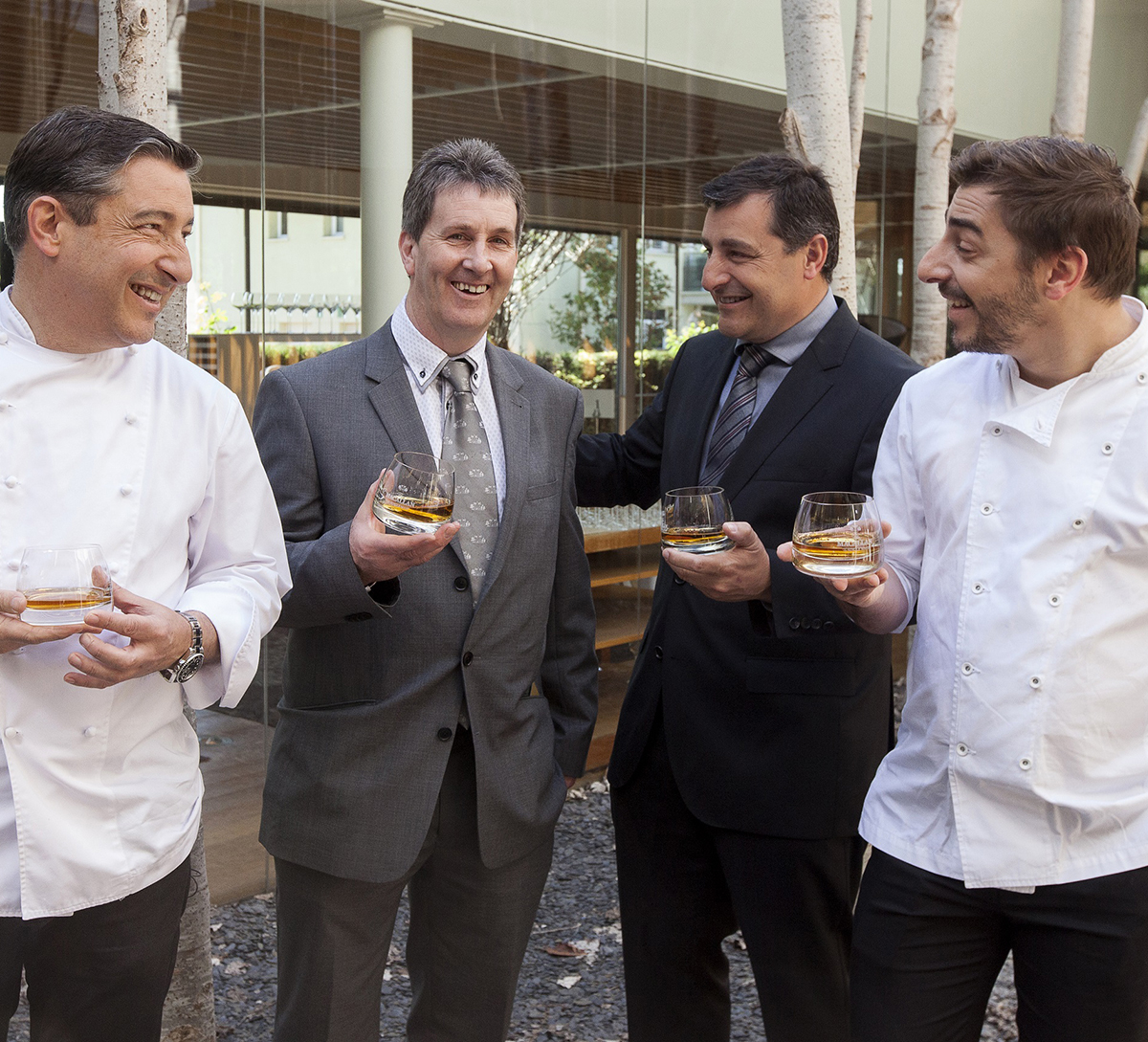 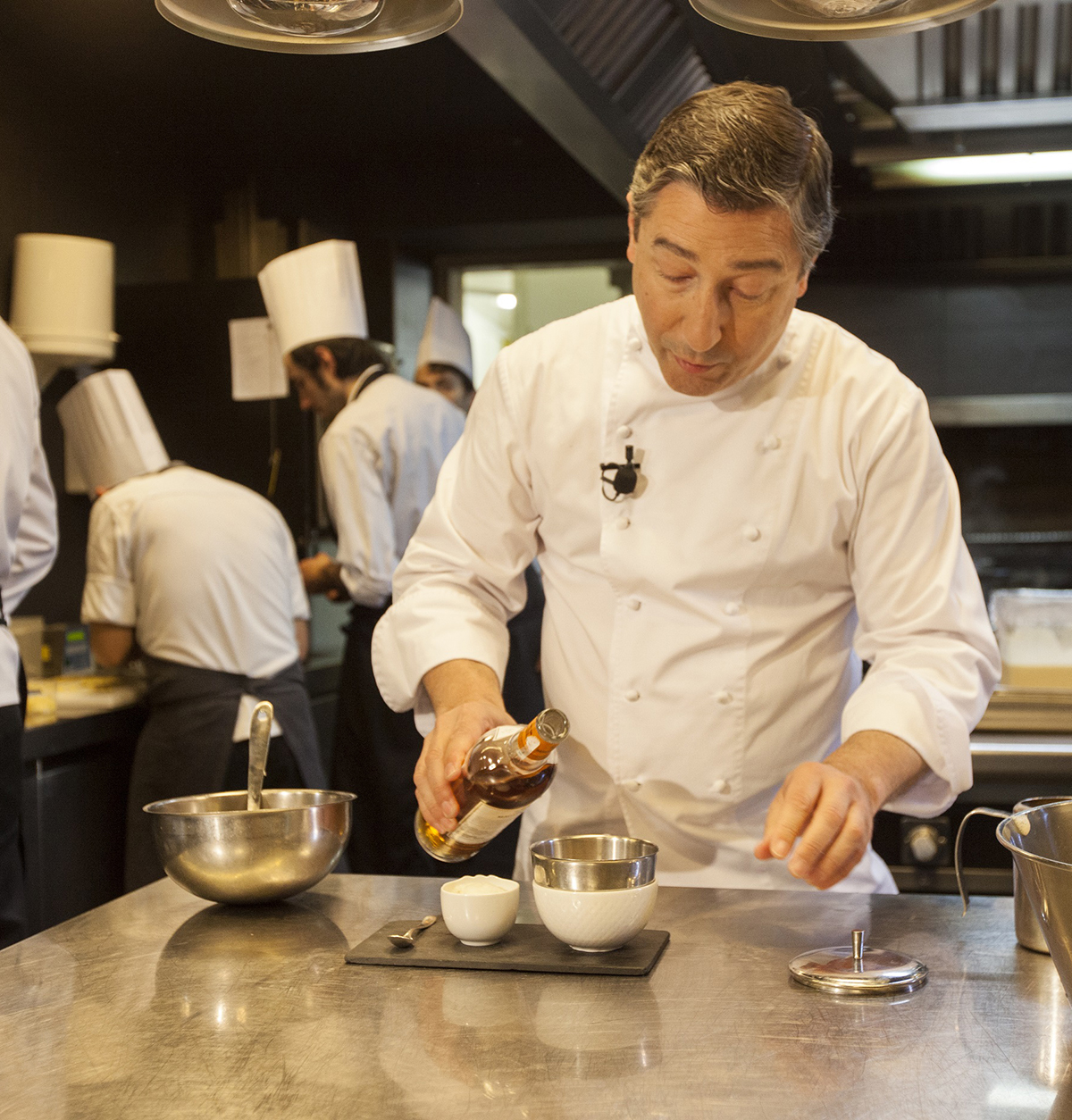 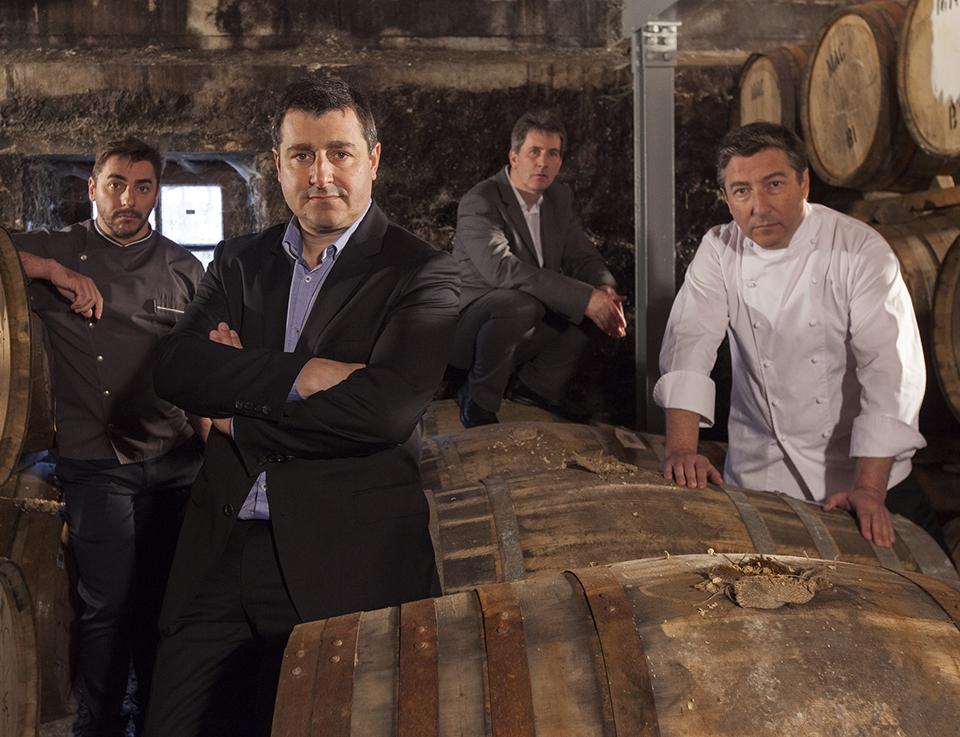 Sitting at the very top of the World’s Best 50 restaurants, El Celler de Can Roca in Girona, Spain has come together with The Macallan, the world’s ultimate luxury single malt Scotch whisky.

The Roca Brothers – Joan, Josep and Jordi – have combined their collective vision and diverse skills to extraordinary effect that saw them secure the world number one position in April 2013. A Catalan family restaurant at heart, El Celler de Can Roca’s philosophy is grounded in an evolutionary and modern approach.

The Macallan continues to sit at the pinnacle of single malt whisky, by combining an unwavering commitment to the highest quality with a passion and desire to innovate and challenge the traditions of whisky making.

Together, these partners share the core values of craft, mastery, skill and innovation and have collaboratively crafted a new vision of bringing the worlds of whisky making and craft cuisine together to create something totally unique.

The Masters of Taste will see The Macallan and the Roca Brothers unite their creativity and thinking to create an ultimate experience in taste.

Ken Grier, Director of The Macallan, said, “We are truly excited and honoured to be collaborating with the Roca Brothers to launch this major new initiative. Joan, Josep and Jordi are not only inspirational; they are world-class innovators whose commitment to their craft is exceptional. Whisky and cuisine have a long-standing connection but never have any two partners come together to really explore what this could, and should mean. Our collaboration is set to break down classic perceptions of food pairing and enter into a whole new, awe-inspiring world of taste and flavour experience.”

Josep Roca of El Celler de Can Roca said, “It is both a pleasure and an exciting challenge to work with The Macallan team. We combine knowledge, effort and hard work to improve in areas that individually we could have never imagined we could achieve, and all that with a strong commitment to innovation.”

The Ultimate Dinner with The Macallan and Roca

The most immediate outcome of this exciting new collaboration will be “The Ultimate Dinner with The Macallan and Roca”, six prestigious charity dinners held at El Celler de Can Roca during June and July 2014.

The dinners are open to a very limited number of people globally at a cost of $10,000 per head. With a key focus on charitable giving, the net proceeds from the dinners, together with a further contribution from The Macallan will go to charity. The restaurant will open exclusively for these dinners on the six dates in June and July 2014.

“The Ultimate Dinner with The Macallan and Roca” will include exclusively designed dishes, inspired by the flavour and character of The Macallan, to an outstanding range of The Macallan whiskies from unreleased single cask malts through to M, the world’s most expensive whisky, The Macallan in Lalique 62 year old and the oldest single malt ever released by The Macallan distillery. The combination of this menu and the collection of fine whiskies served are being exclusively created for these charity dinners and will not be served anywhere in the world aside from on these six occasions.

This exciting partnership is underpinned by Spain and the significance it plays in how both partners have evolved and are shaped today. For The Macallan its inherent connection with Spain is extremely strong through its commitment to Spanish oak sherry seasoned casks. This factor is the most influential in the final flavour and character of this single malt. For El Celler de Can Roca, their Spanish heritage has heavily shaped their ethos and enabled them to establish themselves as the leading force in Spanish cuisine.

For more information on booking “The Ultimate Dinner with The Macallan and Roca” visit www.themacallan.com, email themacallan@rocadinners.com, or call +34 93 222 4995 (from 9:00 – 18:00 GMT+1 time). There are only six available dates: June: Sunday 29th and Monday 30th. July: Sunday 6th, Monday 7th, Sunday 20th and Monday 21st. The restaurant will be exclusively opened on these dates for these charity dinners only as it is usually closed on Sundays and Mondays.

FOUR heads to the highlands to speak to Glenmorangie’s Head of Maturing Whisky Stocks, Brendan McCarron, about their new award-winning single malt, Signet and what makes this whisky so special…

FOUR speaks to British architect Sally Mackereth and carpentry specialists Jack Badger, to find out how they came to be involved in the newest collection from royal salute whisky that retails at £30,000 and has only 21 sets in existence…

With the recent launch of the Ballantine’s Artist Series gift packs, FOUR caught up with talented artist Leif Podhajsky, who has created album artwork for the likes of Kelis, Bonobo, Of Monsters and Men and Foals. For Ballantine’s, he has created three unique artworks taking inspiration from the Scottish Highlands and showing the art behind the whisky making process…