#FOURNews | If dining on dry land has become something of a routine, get your sea legs ready because Burgess, the superyacht company, has announced a collaboration with Michelin-starred chefs

Superyacht company Burgess has stepped in to offer a dining alternative for those who have become tired of thedryland restaurant experience. Working with agent to the Michelin-starred chefs Kirsty Stanley-Hughes, Burgess are celebrating their 40th anniversary in style, recruiting the likes of Ollie Dabbous (Dabbous, London) to offer aseafaring solution.

The new venture will enable superyacht clients to gain direct access to some of the world’s most celebrated Michelin-starred chefs, who will work alongside the talented in-house Burgess chefs to create a bespoke alternative dining experience.

Subject to the chefs’ availability, Burgess is able to organise exclusive dining experiences for their clients, wherever in the worldthey might be cruising. KSH Management Ltd work with top chefs, including David Thompson of Nahm in Bangkok (voted Asia’s Best Restaurant 2014), Atul Kochhar of one-Michelin-starred Benares in London and two-Michelin-starred Phil Howard of The Square, also in London. 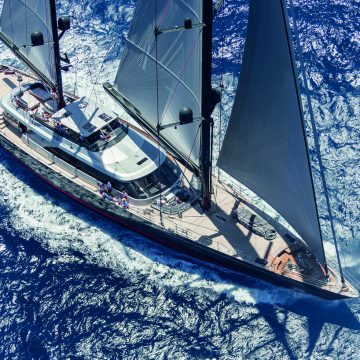