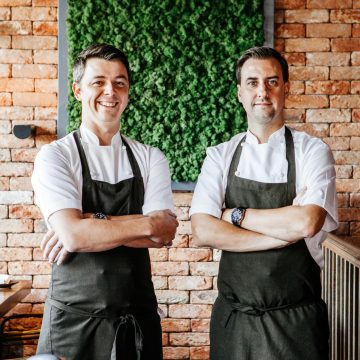 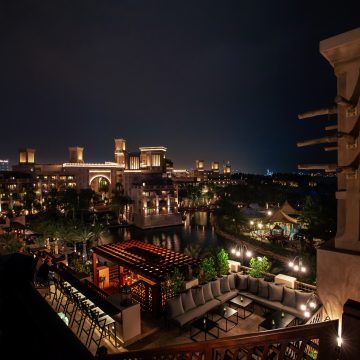 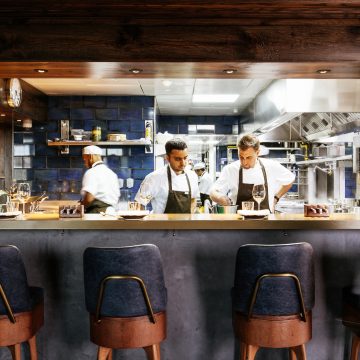 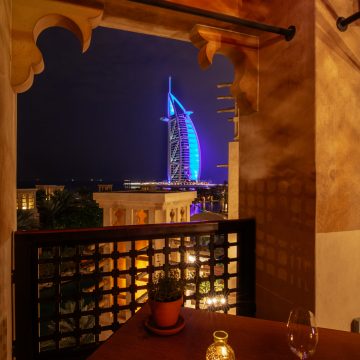 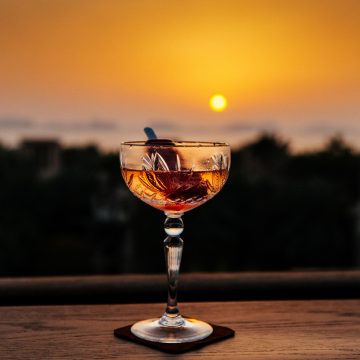 A folly in the Middle East

According to my trustee Oxford dictionary, folly, whose etymology stems from the old French “follie”, can best be described as an act of madness with a lack of foresight or an excessively costly and unprofitable undertaking. With that in mind, any Dubai based foodie worth his salt, will know that the restaurant and hotel scene here is ultra-competitive and with over 140 hotels being developed currently, it is by far the hardest industry to flourish in for any newcomer, despite the sector being valued at Dh 52.5 billion, according to Euromonitor, a market research group. Subsequently, it’s no surprise that, when Nick and Scott, two of famed chef Gordon Ramsey’s protégés, chose to break free and set up “Folly by Nick & Scott”, many may have indeed seen it as an act of sheer folly.

Locals will know that the Souk Madinat can be a busy, boisterous and, depending on the time of year, a very hot and tourist spoiled place. Initially I had my reservations about finding a high-end restaurant that will stand out amongst other chain venues located on Folly’s doorstep such as Tortuga or Costa Coffee. However, as I step into “Folly”, it feels as if I am opening the magic portal to the world of Narnia, the aged brick laid walls combined with the polished cement floors and the Rolling Stones playing in the background, transport me back to a slightly edgy and hip part of East London or the Meatpacking District of New York.

We’re greeted by a warm and smiley welcome after which we are whizzed outside and up onto the rooftop terrace for some much-welcomed sun downers. The panorama from here is jaw droopingly picturesque and dinners are offered resting views of the Madinat waterways beneath, leafy palm trees who line the white sandy beach in the distance and of course the iconic and beautifully lit up Burj Al Arab. Guests who seek intimacy, be it for an engagement or anniversary, can make the most of dinning under one of the spectacular wind towers, a quintessential piece of traditional Arabic architecture characterising the style of the Souk Madinat, which in Arabic means “city”.

Back inside, it’s time to sample some of Nick and Scott’s cuisine, which if we take into consideration their culinary background and training, should be exquisite. Indeed, both Nick and Scott have worked under the guidance of Gordon Ramsey; with Nick being part of the team which opened Gordon Ramsey at the Trianon in Versailles, earning them no less than two Michelin stars in their first year of opening; and Scott, who made it to the finals of the Gordon Ramsay annual chef’s scholarship in 2003 ensuring him a place at Claridge’s.

Sat at the kitchen bar, we enjoy the hustle and bustle of the working kitchen manned by at least a dozen chefs of all different nationalities. It almost feels like we are a part of it all and in the distance Nick and Scott can be seen working away, adding the finishing touches to each and every single dish that is brought to the pass, ready to be sent out to the tables or in our case the bar. Raven, our rock star sommelier for the evening, talks us through his selection of wines, comprised of new and old-world ones. Thereafter, Nick and Scott come over and introduce themselves, talking us through some the dishes they have chosen to showcase as well as their respective culinary training and the philosophy they apply to their cooking.

The menu couldn’t be simpler, with no more than two words used to describe each dish, who themselves are never made up of more than four ingredients and flavours. “Simplicity”, Nick assures me, “is key in the way we go about our cooking and the last thing we want is to over complicate the experience of the dinner”.

Our first course is the intriguing “Jasmin Rice”, which features one of the most controversial ingredients in the world: Marmite. At first, I am a little unsure of the sort of impact the Marmite might have on the dish, but as I work my way through it, I come to the conclusion that the gentle tones of sourness, are in perfect harmony with the sweet notes issued from the jasmine rice and crunchy, sweet pop-corn. A bold, unusual and well worked dish requiring an adventurous and developed palette.

We move onto our second dish of the tasting menu, simply called “Crab”. The Crab, Scott tells me, is from the South Coast of Devon in the UK and comes with a beautifully tasting vinaigrette sauce and dressed with crispy basil on top giving it a seaweed effect. Simple but devastatingly effective and tasty.

Sweetbread is a culinary term I had shamefully not heard of until I came to Folly, so when I saw it on the tasting menu as our third course, I naively thought that someone had made a mistake and stuck a desert midway between the starters and the mains. For those that are not aware, sweetbread is the culinary term for thymus, a gland, situated around the throat, of either calves or lambs. Do not get put off by the fact that you are eating a gland, the texture is light and have a natural seasoning to them with hints if iodine. The sweetbread at Folly is served in a red wine and cep jus which was succulent.

Our final main is the signature Lamb saddle with its whipped pine nut salsa, which for me stole the show. Again, if you’re unware of where the saddle is situated, it refers to the animals back and hips and at Folly, it is served medium-rare and really demonstrates Nick and Scott’s abilities in terms of marrying flavours together with the pine nuts putting a fitting Middle Eastern touch to the dish.

Throughout our meal, both Nick and Scott make the effort of gracing us with some of their time, talking us through each and every single dish, adding a personal touch to our experience, something that I don’t always get to experience when dining. It is easy to see the passion and sheer dedication coming out of this phenomenal duo and it is clear that any dinner experiencing the “Kitchen Bar” concept would be treated similarly.

Desert is a ginger parfait, whose texture and aspects could be comparable to a foie gras. The richness of the parfait is balanced impeccably well by the crispy ginger bread and refreshing ginger infused sorbet. Adding to the show, Raven, who carries one of Dubai’s top moustache, pours us out a miniature glass barrel us a ginger sour cocktail ensuring a quality night’s sleep.

Overall, Folly is a unique venue, boasting innovative and unique traits which I am convinced will ensure Nick and Scott’s success in the long term. The food, the ideas and the quality of the ingredients, combined with the stunning location it is set in assures them to become one of Dubai’s top eateries.