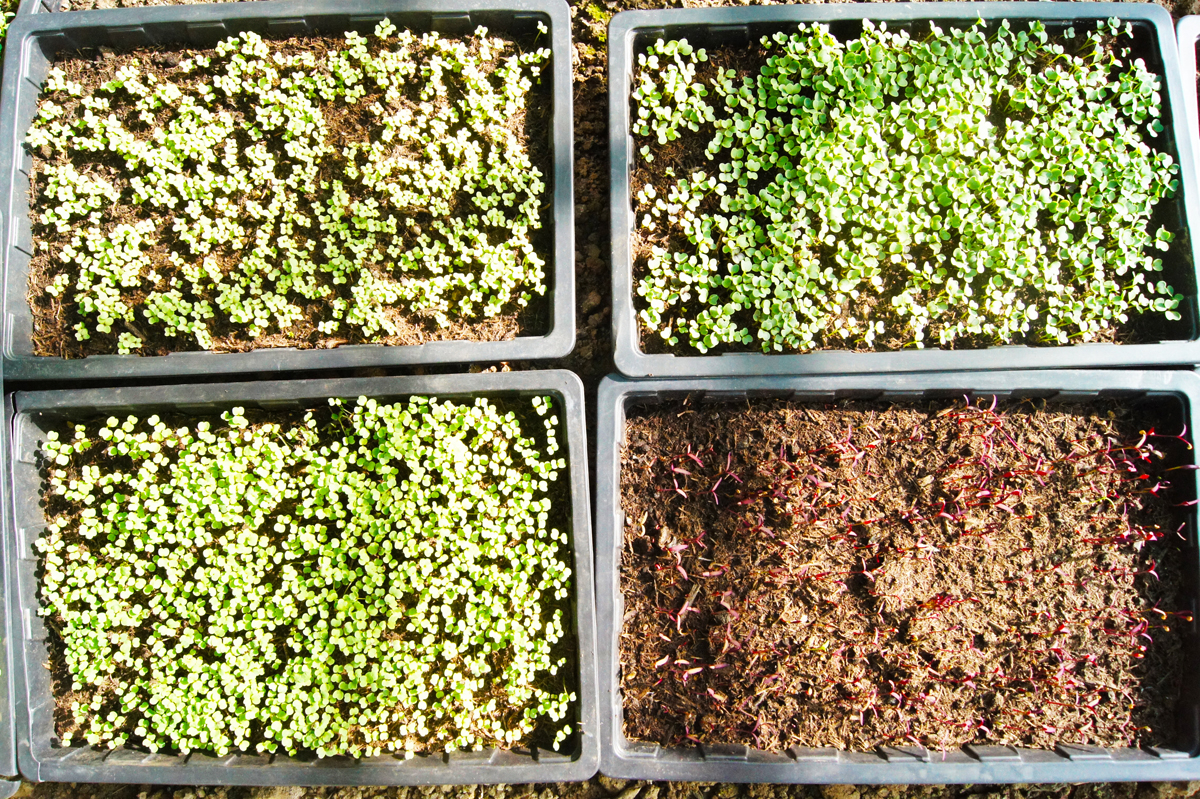 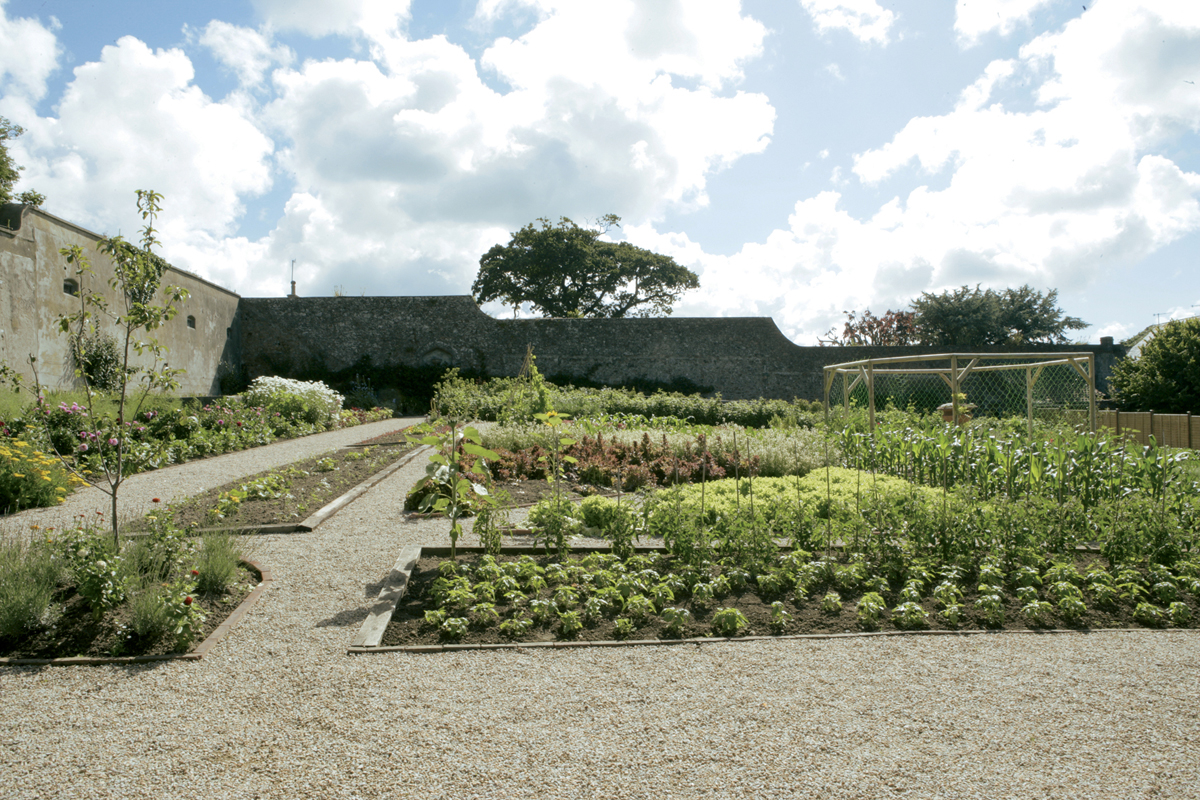 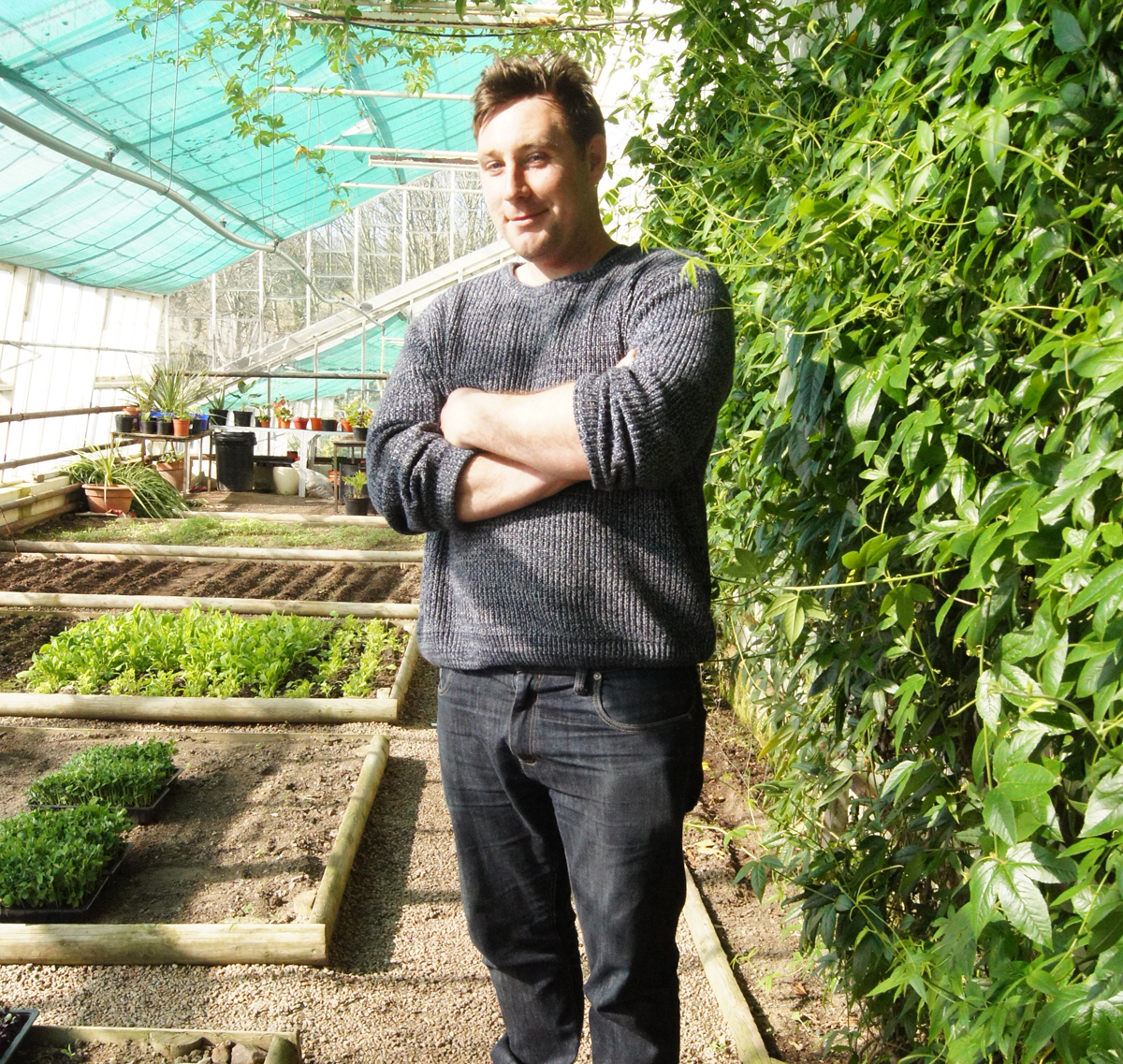 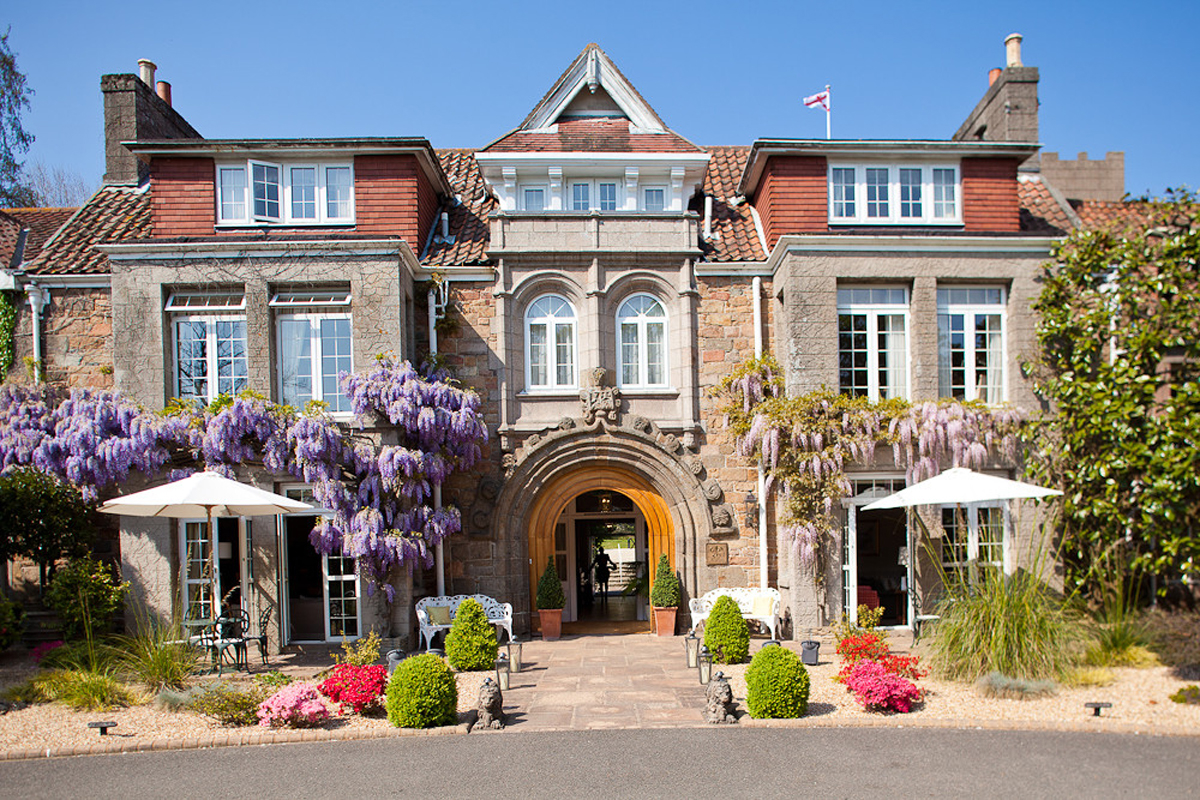 FOUR catches up with David Lewis to find out more about his day and his kitchen garden, which supplies Longueville’s restaurant with delicious treats throughout the year…

I start my day by helping tocheckover the gardens which surround Longueville Manor: watering pot plants, preening the trees and making sure everything looks neat and tidy. Most of my time is spent in the kitchen garden growing fruits and vegetables for Longueville Manor’s restaurant, headed up by chef Andrew Baird. Longueville is situated on 18 acres of land so there’s a lot to look after.

I began working inthe garden four years ago and I’ve started a number of initiatives since I’ve been here. Before I arrived, the restaurant would buy their micro herbs, which they used daily, but now I supply them with a steady flow of pea shoots, mini basil, coriander and two varieties of cress and mint, among other things, all year round. Once I’ve checked over the micro herbs and given them a bit of water, I check the temperature in the greenhouse to make sure it hasn’t shot up. In summer, this is really crucial but even in early spring you would be surprised how hot it gets. On a sunny day the temperature can shoot up to 50C, which is diabolical for the plants, as you can imagine.

In spring there’s also a lot of preparation to do, ready for the warmer months. We really pay attention not just to put fruit and vegetables in the garden but also other flowering and edible plants like dandelion, nasturtium, African daisies and borage flowers.

At the moment I’m in the process of prepping the beds for our Jersey Royals (potatoes) to go in. Once they’re in the ground we’ll cover them with seaweed that we pick straight from the shore. Seaweed is a really mineral-rich sea vegetable that’s great for potatoes and gives them a unique texture and flavour. I like spending time on the beach, so going seaweed picking is always a job I enjoy.

We’ve already got a few bits that are ready to be delivered to the kitchen, like purple sprouting broccoli and rhubarb. We don’t grow forced rhubarb so they’ll be ready a little later in April. There are Jerusalem artichokes in the beds at the moment, along with raspberries, wild strawberries, yellow strawberries, blueberries and salad leaves. I like experimenting with different varieties and last year I grew tomatillos, which add that special flavour in salsa verde. They’re a key ingredient in Mexican cuisine and have a really unique flavour, somewhere between a gooseberry and tomato. They were an absolute hit last year. There’s also a special pineapple tomatillo variety which I’m keen to try out.

This year, Andrew would like to have an exotic fruit salad on the menu and for me, summertime is really the most exciting because you get to see the results of all your hard work and preparation. For the fruit salad I’ve also come across a few unusual varieties of fruits. I’ve got Chilean Guava which are small, berry-sized fruits that taste similar to, well, guava and I’m also growing Arctic kiwis which are grape-sized kiwis that taste exactly like kiwis, just much more intense and flavourful. One plant can yield up to a thousand Arctic or mini kiwis so we’re looking to put them in a lot of the dishes on the menu, including garnishes and, of course, our summer fruit salad.

We’ve also got a pear tree and an apple tree, a cherry tree, quince tree and two types of plum trees. We also grow gooseberries. Last year I grew about 80 litres of gooseberries. At the time we were making gooseberry jam, Longueville was hosting a wedding and there was enough jam to give to each of the guests and more to serve alongside our cheese trolley for a couple of months! Andrew and his team also make all their own jam which is served at breakfast.

Apart from harvesting, summer is also an exciting time because of the garden tours which we run from early May until the end of September. It’s a lot of fun and each of our guests get a glass of Pimms on arrival and a tour around the kitchen garden, followed by a three-course meal in the restaurant. There’s three starters, mains and a dessert to choose from, as well as a meat, fish and vegetarian option, all of which is made with ingredients from the garden and locally sourced Jersey produce. It really showcased the best we have to offer at Longueville and on the island, and is a real bargain at £25 a ticket.

I’m really looking forward to the year ahead and researching a few new varieties. Whenever I get a chance I’m on the lookout for new fruits and vegetables and running them past Andrew to see what he thinks. Then I’ll get to work on finding out about what conditions they need to grow in, buying the seeds and growing them in the greenhouse before planting them outside. It’s a year-round process that works with the seasons. It’s always really exciting when something new really works and when your hard work pays off. As the saying goes: you reap what you sow!

Kostas Kontopoulos, CEO and Founder of Carpo, gives us a glimpse into his life, producing Greek nuts, dried fruit, honey and more for his London customers.

Nadia and Nick Stokes of Gourmet Goat traders at Borough Market, tell us how they manage to introduce goat meat to the UK market…