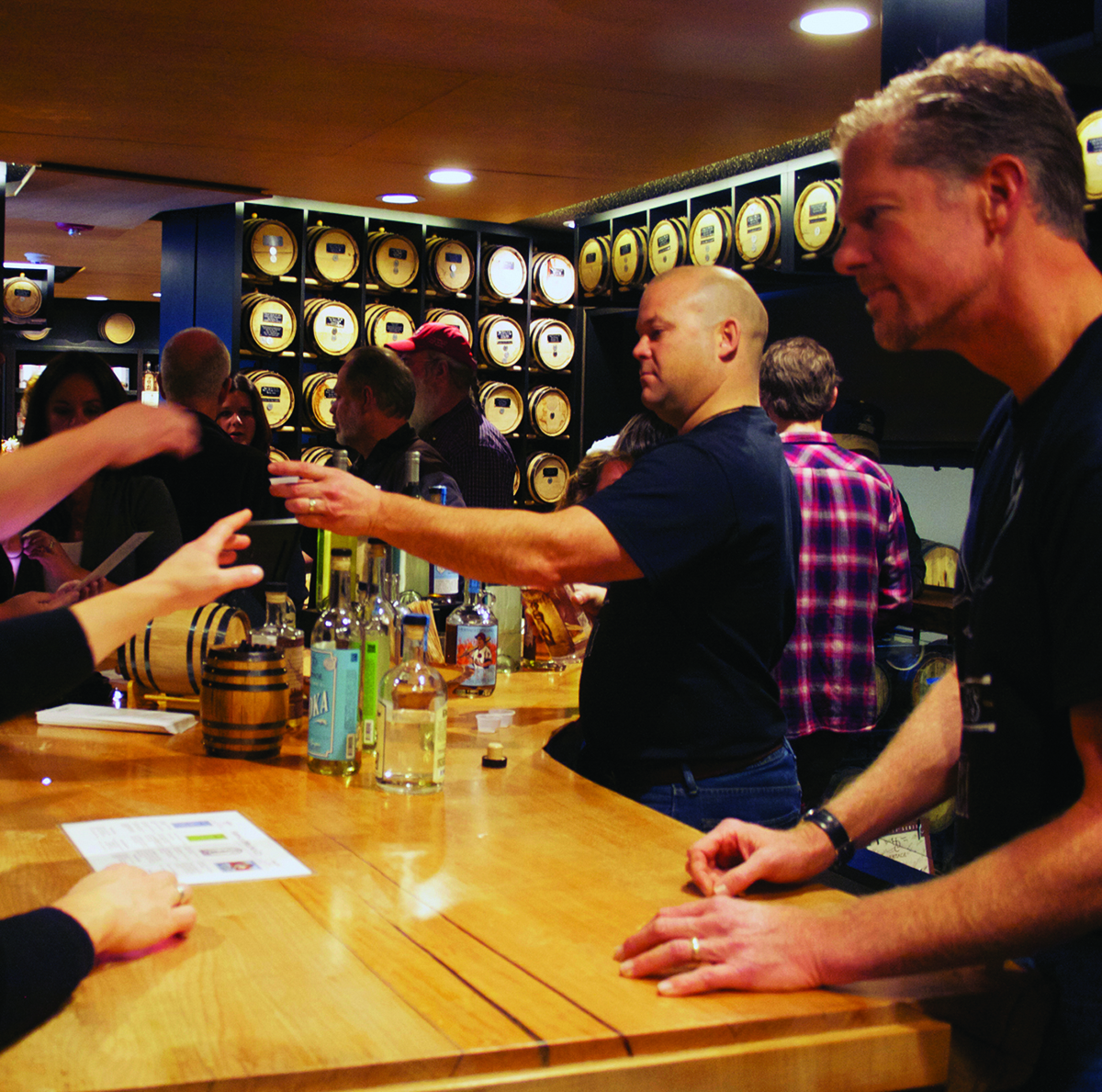 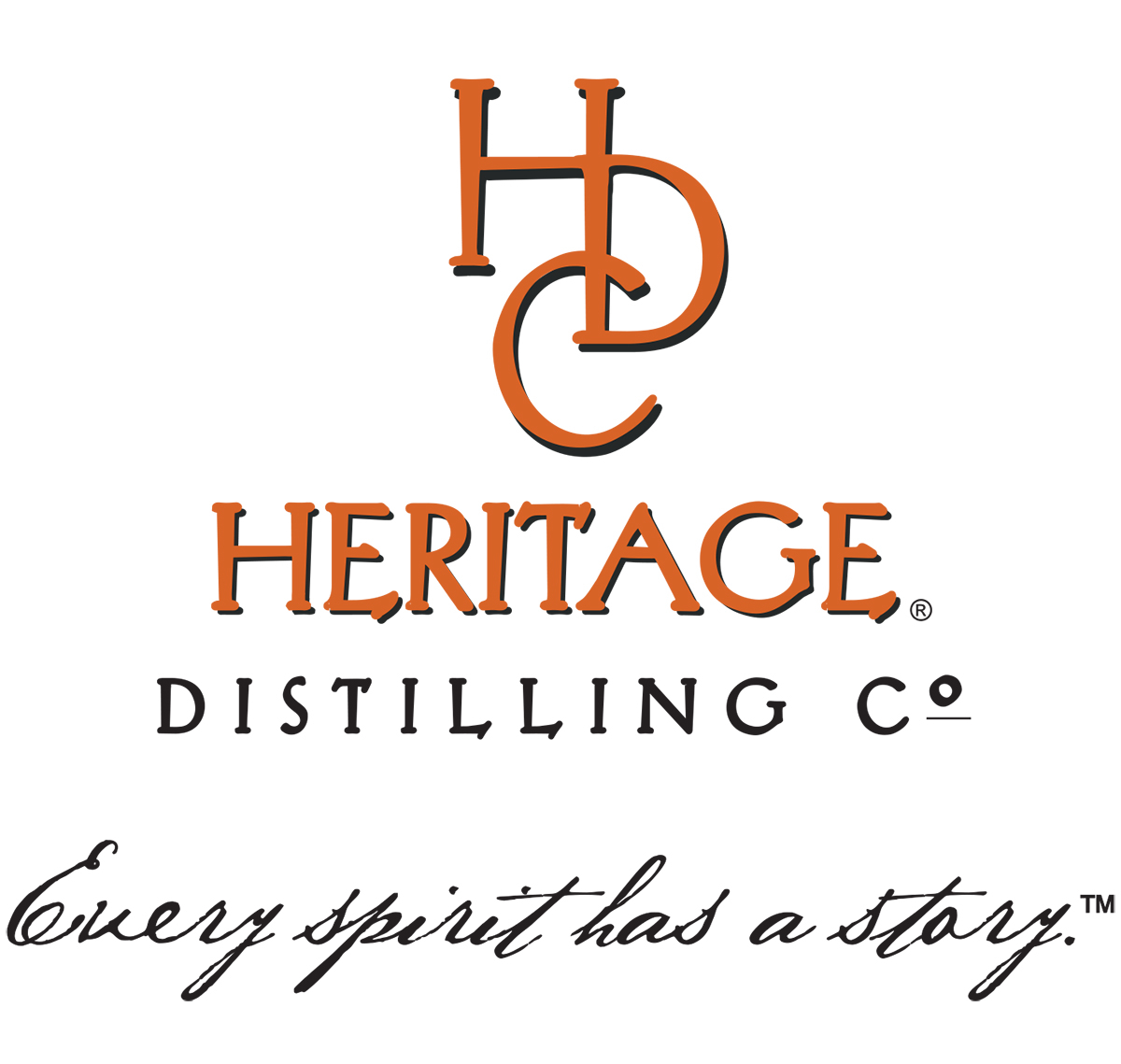 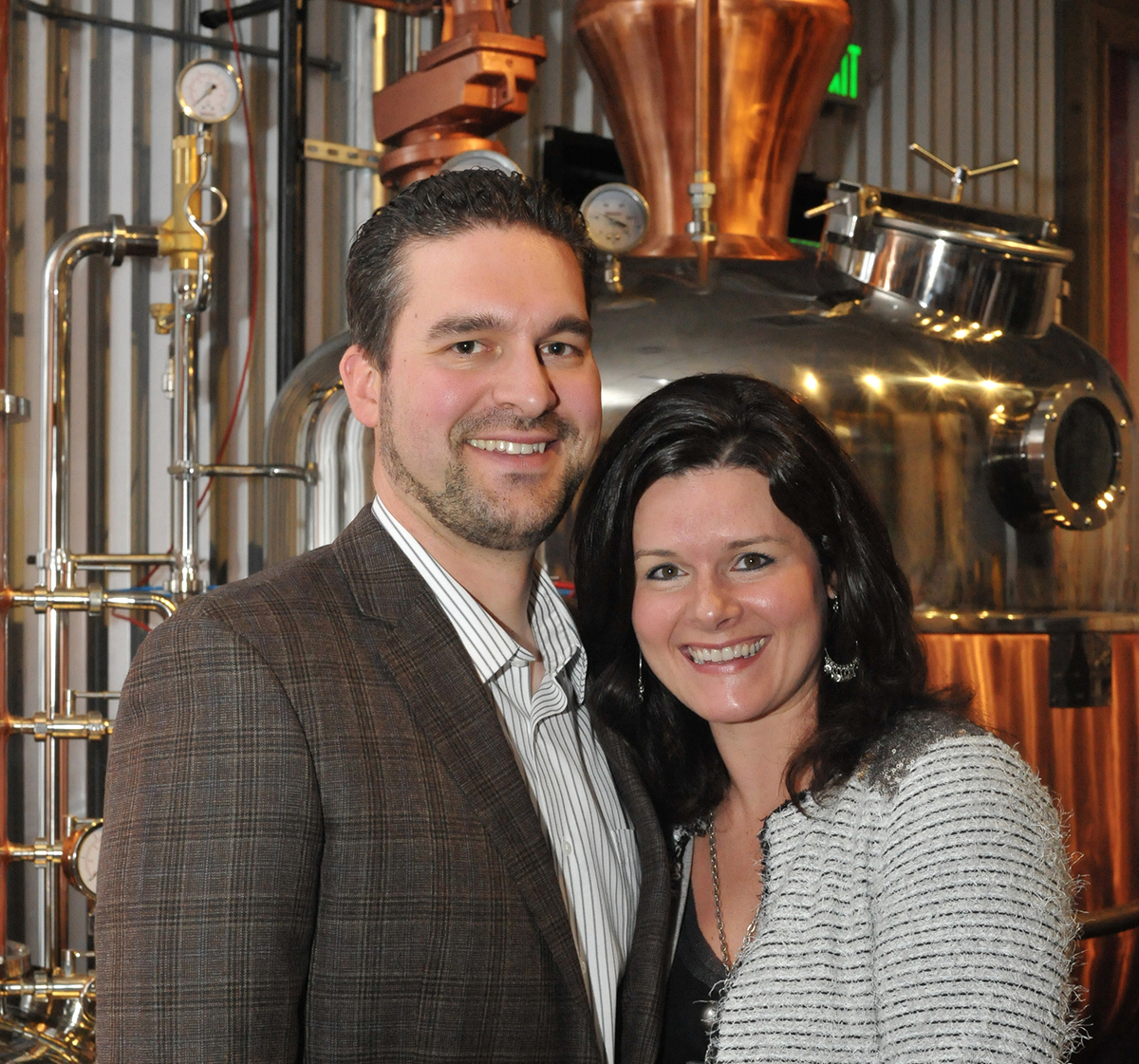 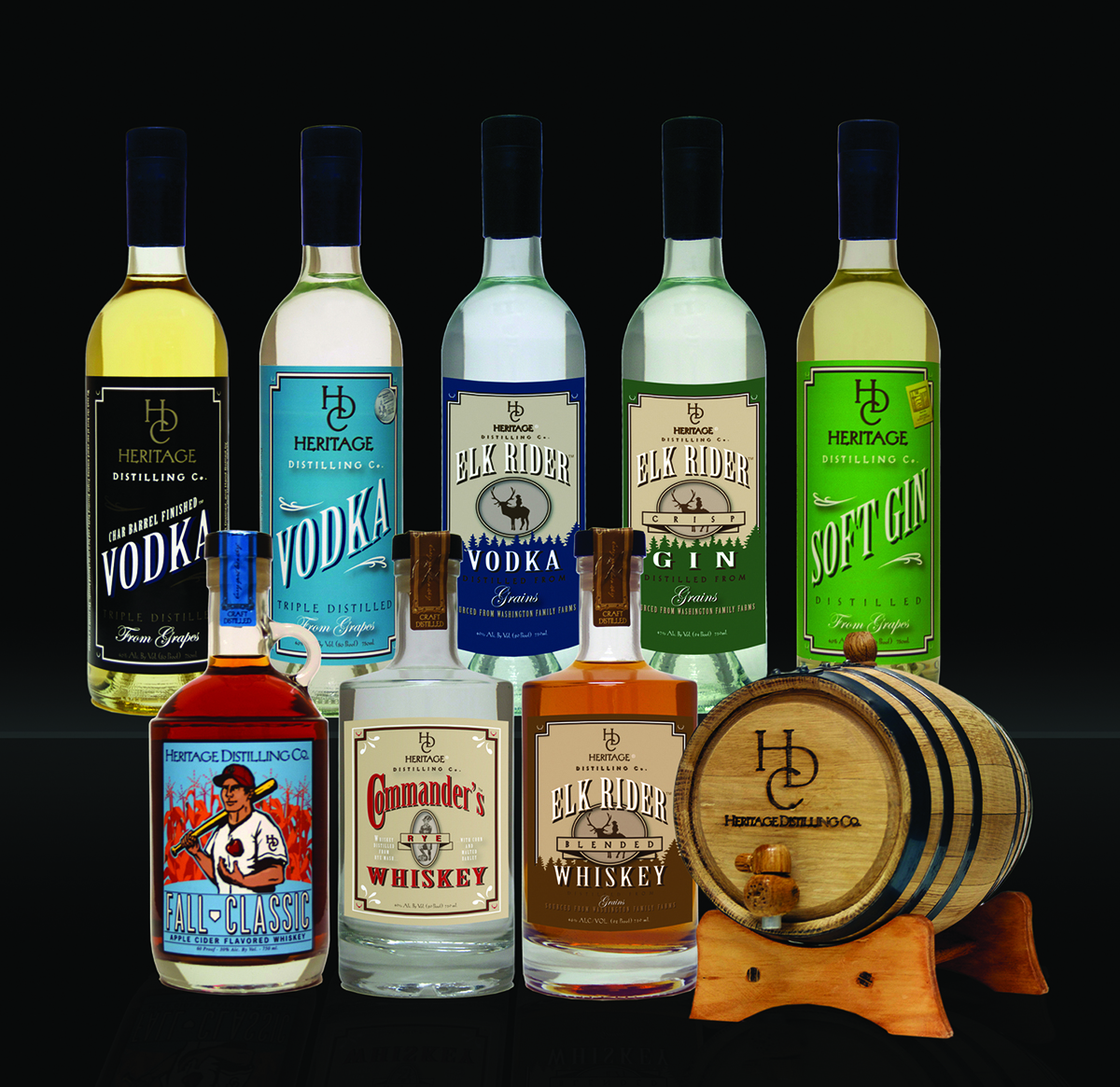 A craft distillery, bound by heritage

How did you start working in the distilling industry?

I performed my first batch of distilling in the 7th grade (in-class science project distilling methanol from wood grain – don’t try it at home because methanol will kill you if you drink it). From there I was hooked on the process of distillation. I stayed interested in the science behind the process and decided to study Chemical Engineering in college and later went to law school. Up until 2009 it was illegal run a distillery in our state, so when the legislature changed the law to allow distilleries to be licensed and sell products, we [with wife,Jennifer Stiefel]thought it was time to put our “behind the scenes” knowledge into the legal practice. Let’s just say before it became legal we maintained a healthy interest in distilling spirits.

Why did you chose Washington as your base for HDC?

My wife and I were born here and spent much of lives here. Washington has a long history in the alcohol business. We rank #2 in the number of wineries, just behind California, and our craft brewing industry is second to none. We are home to over 800 wineries and over 500 breweries, and since just 2009 we have 100-plus distilleries in operation, in the planning phase or opening. In the last five years Washington accounts for nearly 1 out of 6 distilleries in the US. We seem to have entrepreneurial spirits when it comes to making alcohol, but we are also blessed to be home for world class grape, fruit, corn, wheat and other raw ingredient production. At Heritage Distilling Co we really try to live the Field-To-Flask ethos when it comes to making quality spirits.

How is working together at HDC?

We have known each other since our senior year in high school and we have always been a good team. When operating a small business you never really get a break, so you better be able to get along with your partners. Fortunately we both come from hard-working, hands-on backgrounds, and we both respect each other and know each other’s’ weaknesses and strengths. The tricky part is balancing the lives of our three young children, but we manage that by incorporating them into parts of the business. Our 10 year and seven year old sons love to wash bottles, and our five year old daughter likes to walk around giving orders. The great reward is watching them interact with customers, answering technical questions about the process, etc. You never fully appreciate how much your kids listen and watch you until you hear them repeating information about the distillery, the family business, the process, our products or other aspects of what we do.

What is it about distilling that you find intriguing?

Pouring a sample for someone who has never tried “Craft” spirits is eye opening. Since prohibition, the only exposure most people have to spirits is what they have seen on shelves or in bars from mass producers of alcohol. Many people come in with pre-conceived notions of what vodka, gin or whiskey “should” taste like. When they taste a “Craft “spirit, they get the full flavour andthesense of smoothness and the attention to detail that went into making each batch. Their eyes light up, and you can see they are having an epiphany. Much like the craft brewery movement that started 20 years ago, the creativity and flavour that is achievable at the “Craft” level is breaking down new barriers. It is amazing to see people develop their pallets for “Craft” spirits as consumers seek out locally made spirits with authentic flavour profiles.

What inspires each spirit?

It is a mix of several things, and a balance between the “art” and “science” of distilling. It starts with the basic question: “What should the spirit taste like historically?” Bourbon has a very unique and well-known profile compared to rye whiskey. Gin has a range of profiles, and standard vodka has its set of criteria that customers expect. Next we look to what raw ingredient we can readily source. White wheat, corn, grapes, barely, etc. Whatever we choose to make should be consistent each time we make a batch of that spirit. Finally, we look to how we run our equipment and how the stills produce each type of spirit. Then we run our aging program, filtering and proofing programs until we get it close to being what we think is a finished product. Then we do outside taste testing with professional bar tenders and foodies to see how the spirit is performing or whether we need to tweak any recipes. Once we get the green light from the outside experts we know we have something ready to start producing on a consistent basis.

Why are Heritage Distilling spirits apart from others?

How do you measure the optimum point of each spirit’s maturation?

For vodka and gin there is very little maturation. For our aged products it is all based on the taste. We don’t try to reach a minimum age for our aged products because each batch will age differently depending on the temperature during the years for aging, the condition of the barrels, etc. At the end of the day it all about achieving the right flavour.

What is the difference between your many collections?

Our “Elk Rider” line is based on our family history of domesticating and riding elk in what is now Olympic National Park at the turn of the century. The idea of riding an elk is uniquely us and uniquely western and rugged. It takes you back to a simpler time, and so our “Elk Rider” line is focused on traditional whiskeys with strong flavour profiles and our crisp gin and our double distilled vodka are each distilled from white wheat.

Our HDC Soft Gin and HDC Triple Distilled Vodka are both distilled from grapes and are very smooth. They continue to win awards and make amazing cocktails.

Which is your favourite spirit from HDC?

Although I never grew up a fan of vodka, I started to get a sense of what vodka can taste and feel like as we started producing vodka and perfecting recipes. While most people will tell you vodka should have no taste, I think most people will agree that they have had some bad experiences with vodkas that are harsh. We don’t want harshness in our spirits and so we appreciate the differences in vodkas now.

Also our Fall Classic apple cider flavoured whiskey (our version of Apple Pie moonshine) is quite good in cocktails. Our whiskeys are also showing themselves nicely across the different products as they age, especially our bourbon and our rye whiskey.

Perhaps the recipe we are most proud of is our Commander’s Rye whiskey, based on President George Washington’s recipe form 1797. We bottle it clear and unaged, just the way they drank whiskey in the late 1700’s.

What is your tipple of choice?

We test new recipes every Friday. It is one of the challenges of the job. An easy cocktail is to mix equal parts pineapple juice with our “Fall Classic” apple cider whiskey shaken on ice and strained. It has a Mai Tai feel with a nice finish.

Stir (don’t shake) on ice and strain out into a martini glass. Garnish with a fat lemon rind – the fatter the better to maximize the citrus. The cocktail is 100% alcohol but tastes like candy.

– 2013 BRONZE medal winner at Beverage Testing Institute’s Int’lUnaged WhiskeyReview (Chicago) – the only distillery west of Texas to receive an award for unaged whiskey.

Celebrate World Gin Day on 11th June by trying these tasty cocktail recipes from Gin Mare. Who would have thought gin and basil were the perfect partners?

The Goring and Hepple Gin have partnered up to bring a living bar and gin safari to London’s Belgravia.

Hannah van Ongevalle shows us how to get into the spring mood with this cocktail from The Pharmacy bar in Belgium…Yum!