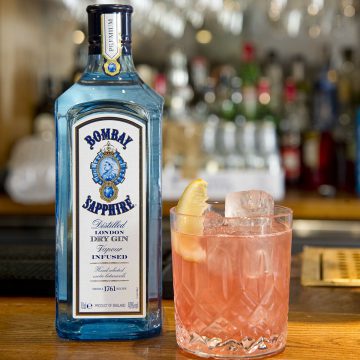 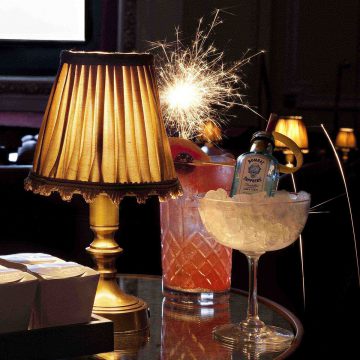 A Cocktail Recipe from The Edible Cinema

The Edible Cinema and Bombay Sapphire are teaming up over Baz Luhrmann’s Romeo + Juliet at BAFTA 195 Piccadilly this May, to indulge your senses…

An edible adventure, the Edible Cinema enhances the film’s scenes by giving guests a selection of numbered boxed at the start of the film, which they will be told to open throughout. The boxes will contain the likes of ‘tongue sandwich’ as Romeo and Juliet share their first kiss and a mini via of ‘poison’ as the film reaches its epic climax. As guests take their seats, the divided room will become apparent with one side Capulets and the other Montagues, each of which will receive different cocktails.

The first of its kind, Edible Cinema is a collaboration between numerous masters in entertainment and gastronomy, including Head Chef Anton Manganaro and Bombay Sapphire mixologist Sean Ware.

Shaken and served on the rocks, and garnished with a thin slice of lemon and a raspberry.

This screening will kick start Edible Cinema’s 2014 programme of events, with new films scheduled throughout the year. Take a look for further details at www.ediblecinema.co.uk.

Do your cocktail recipes need a bit of spicing up? Take a look at these two new recipes for your holiday entertaining and celebrate bartender appreciation day in style… 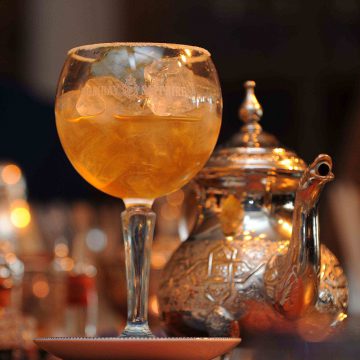 Cocktails are taking drinks menus by storm, but what’s next? FOUR notably cocktail ingredients and recipes emerged from this year’s Bombay Sapphire’s World’s Most Imaginative Bartender Competition, judged by Simon Rogan, that are shedding light on what’s next in the imbibing world…

As one of the UK’s most accomplished and well respected chefs in the UK, FOUR catches up with Simon Rogan to find out about his exciting year ahead, as he gets set to take the helm at Claridge’s, Mayfair and judges the Bombay Sapphire World’s Most Imaginative Bartender Competition…