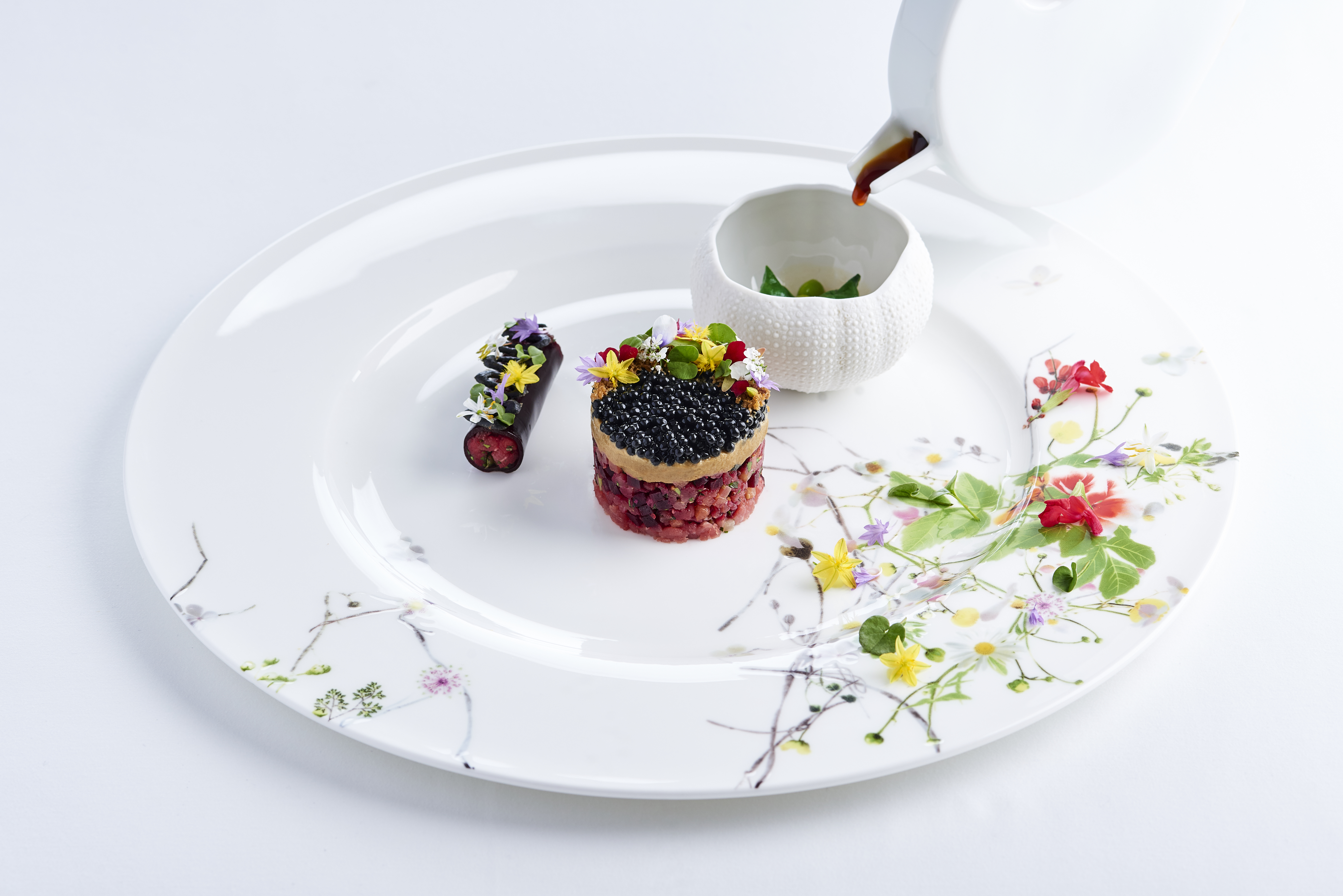 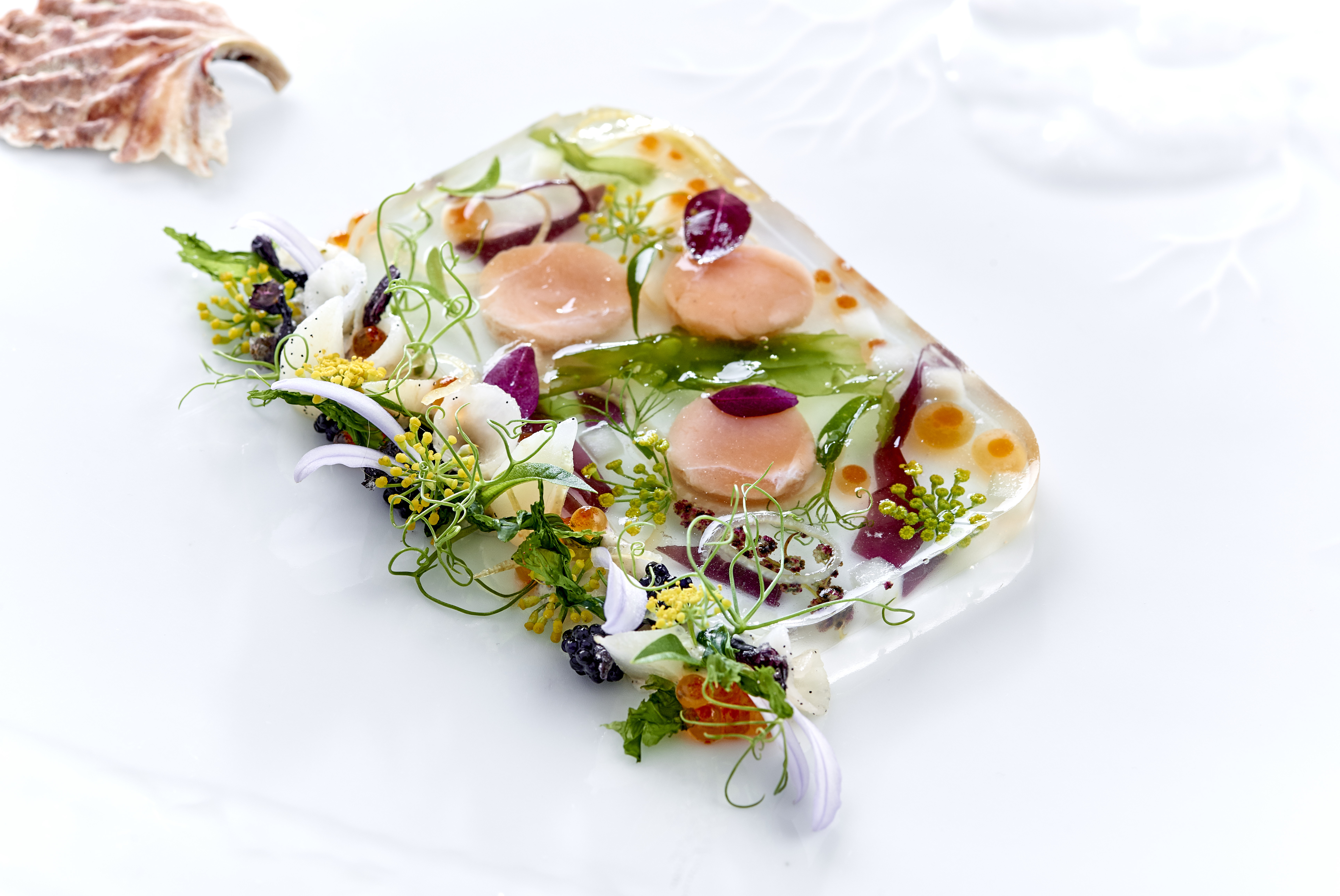 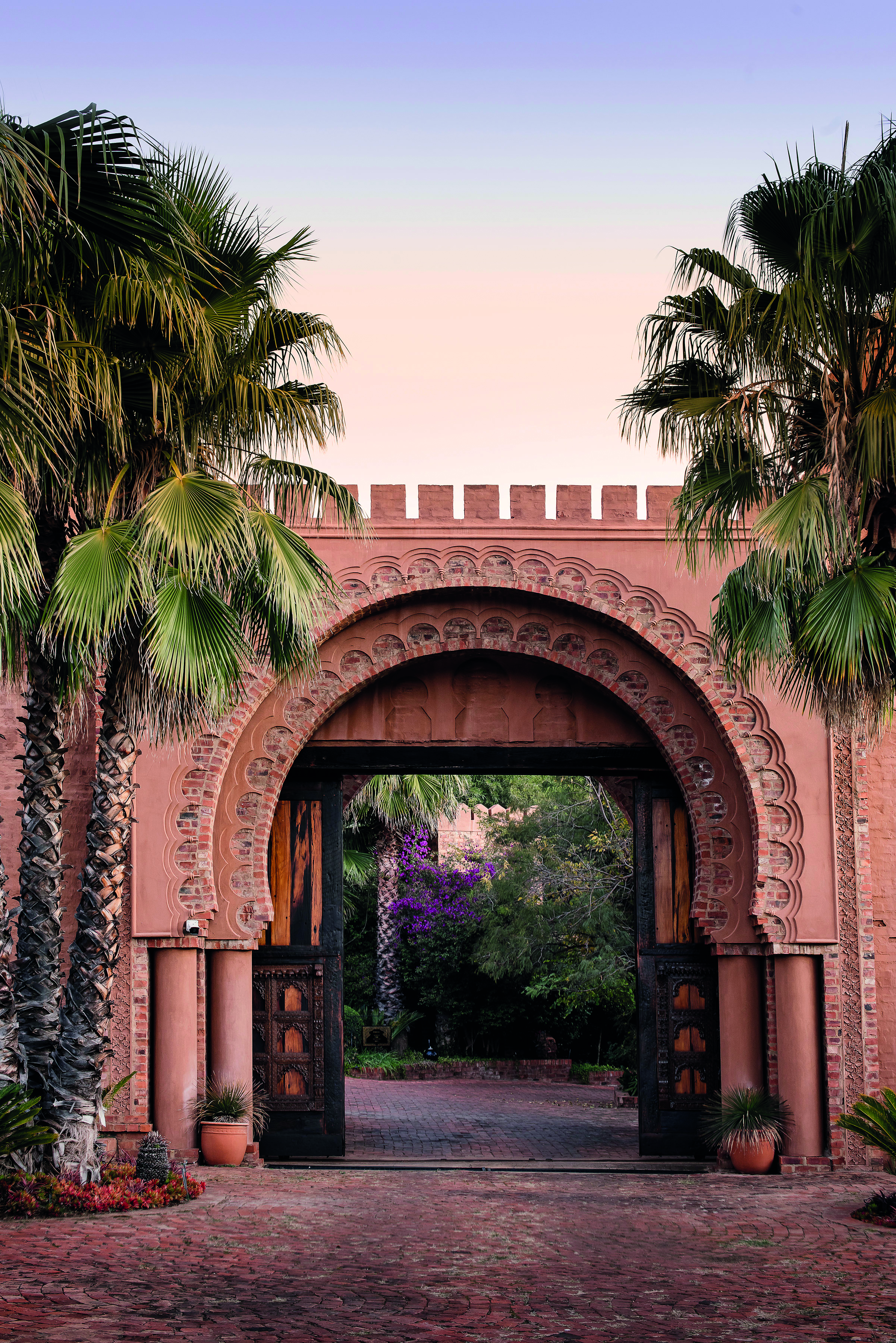 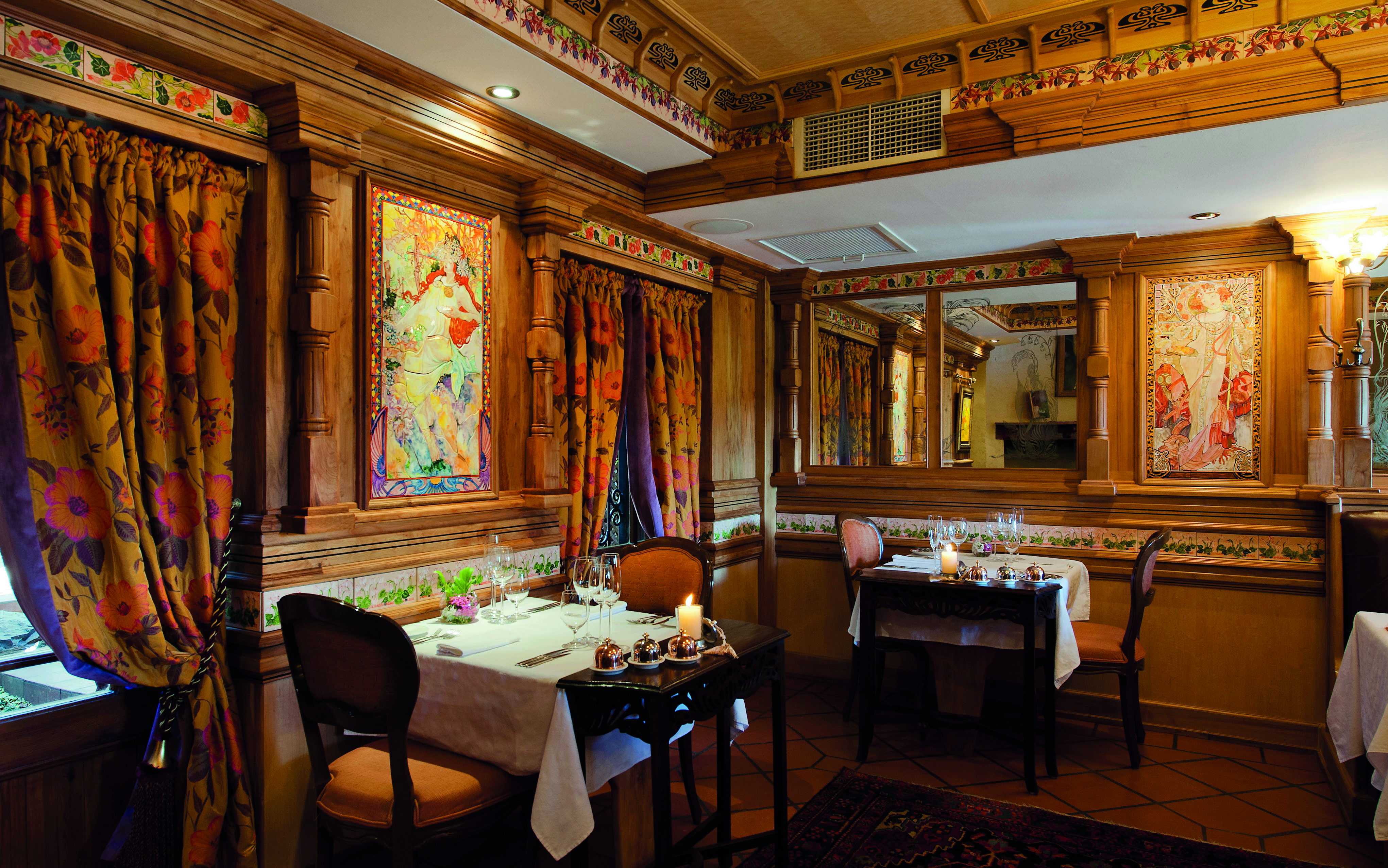 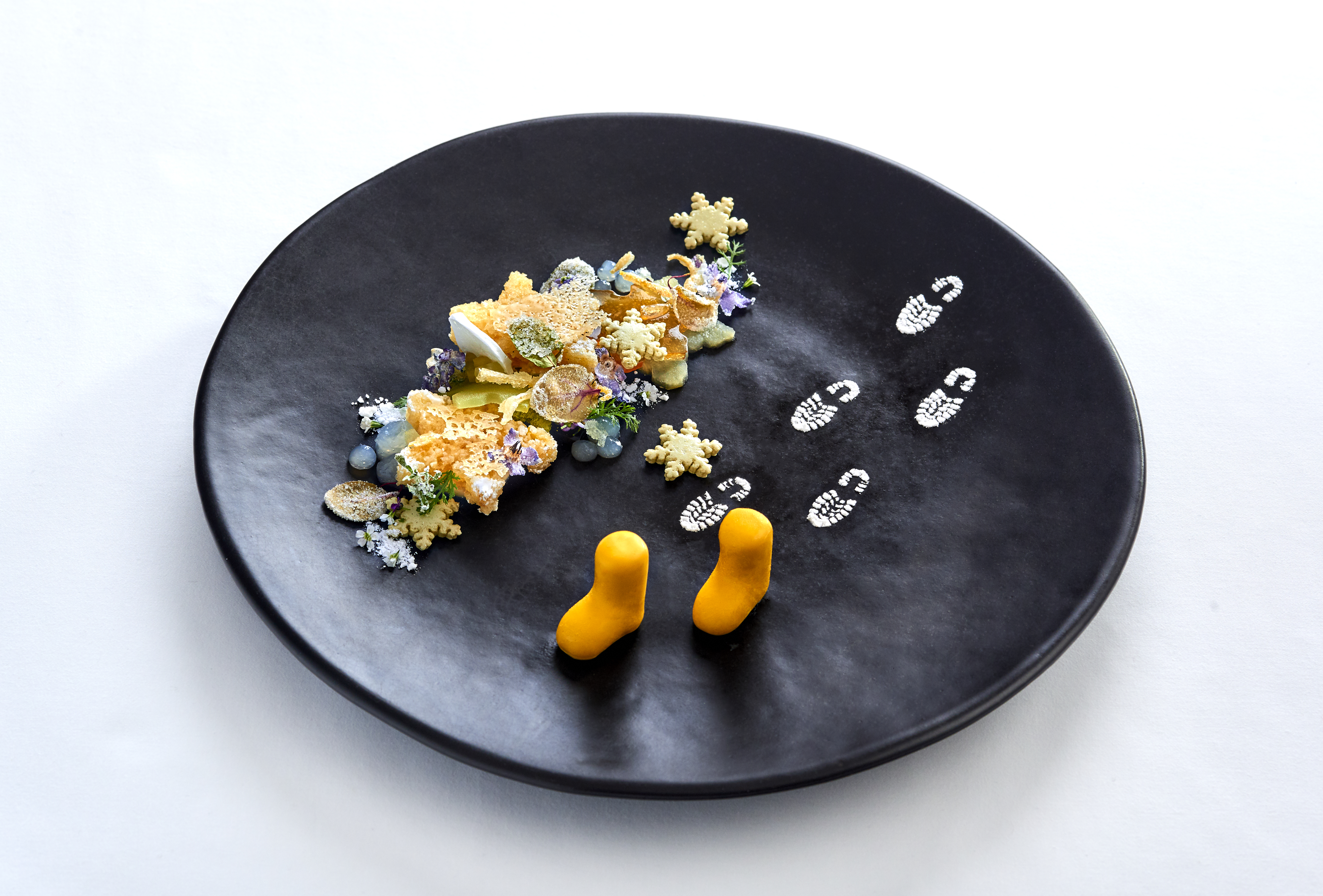 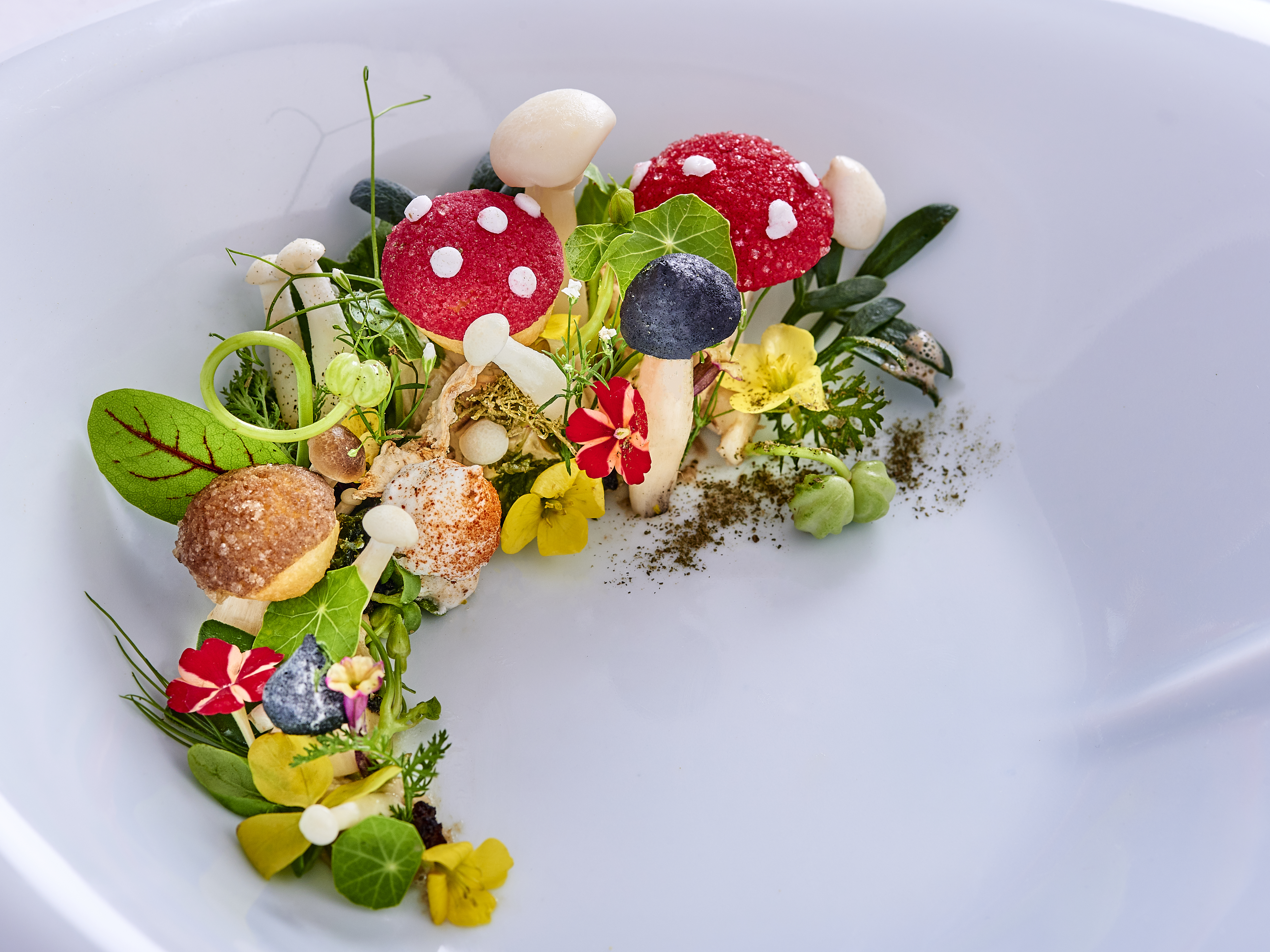 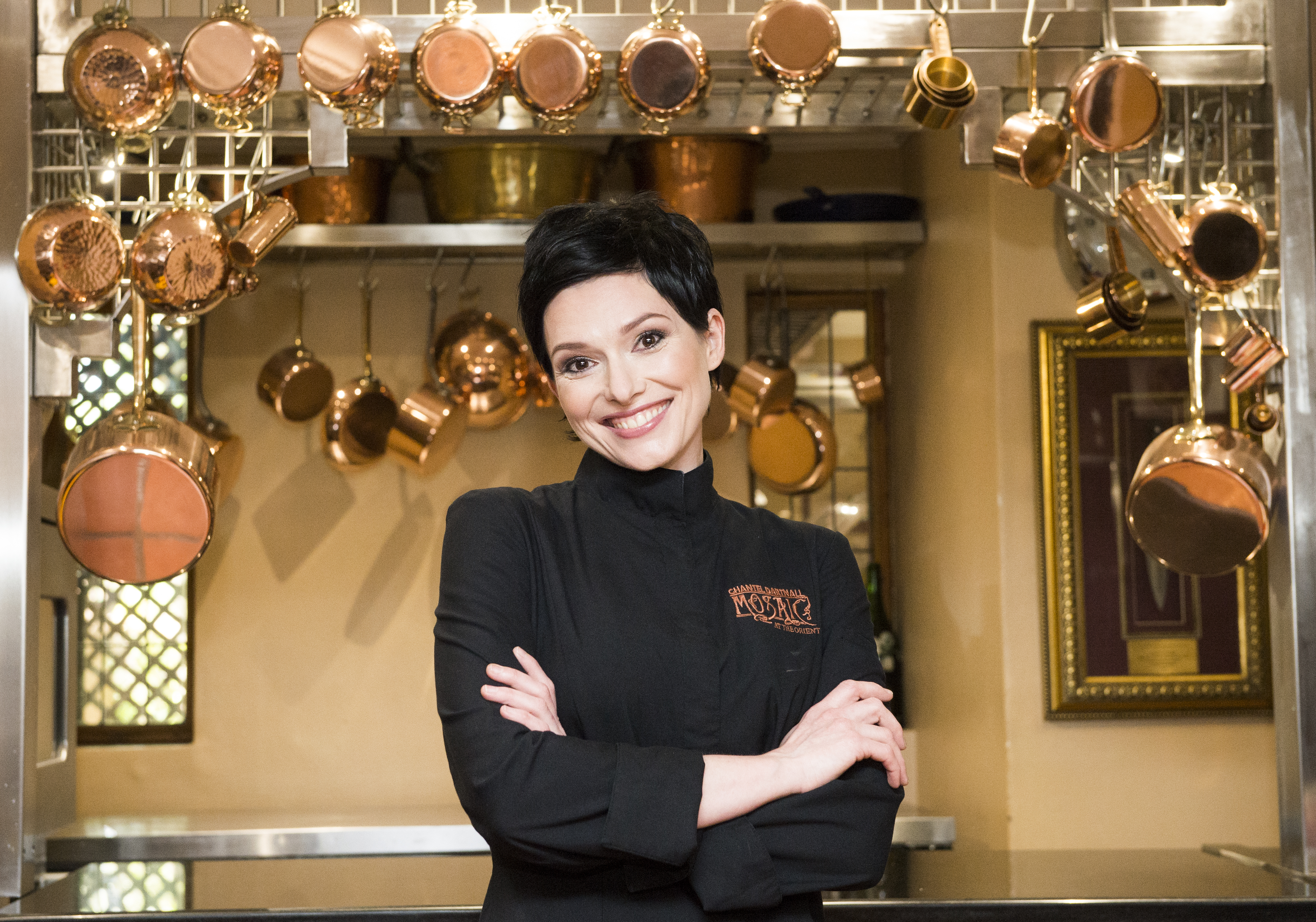 From growing up in the Francolin Conservancy just outside Pretoria, to now running her award-winning restaurant Mosaic, South African chef Chantel Dartnall has come full circle, using inspirations from Mother Nature to create dishes that have put her, and the African continent, on the international gastronomic map.

“Never be content with what you have achieved today, be constantly in competition with yourself and always push to go that extra step further every day. Only then will you reach great heights.” These are the key elements that Chantel Dartnall believes have led her restaurant, Restaurant Mosaic at the Orient, to grow from strength to strength over the 11 years she has spent nurturing it.

Even though Dartnall holds an array of accolades, including being named South African Chef of the Year twice (Eat Out Restaurant Awards 2009 and 2015), holding the title of 2017 Chef of the Year for Africa and the Middle East (Luxury Travel Guide Awards) and most recently, being crowned as the world’s Best Female Chef at The Best Chef Awards 2017, these achievements did not come without hard work.

“When I arrived in London as a young inexperienced commis chef in the busy Chez Nico kitchen, I was literally chucked in the deep end and had to learn how to swim very quickly. It didn’t take long to learn that the quicker and the more perfectly you performed the tasks you were given, the greater the rest of the team’s respect became for you, and eventually I was one of the team. This taught me that no matter how hard any task may seem, if you practice and persevere, it all becomes easier in the end.”

Dartnall used her passion for the kitchen as the driving force to make a name for herself in the male-dominated culinary industry, without losing her femininity.  In order to succeed you need to be tough, she says, “Upfront you must understand that the hours are long, and you have to give up a lot. For me, though, it is in my blood. I can’t imagine doing anything else. The kitchen is my happy place.”

Another one of Dartnall’s “happy places” is nature, and she uses her interactions and experiences with Mother Nature to inspire her, to ignite ideas and make them come to life on a plate. This is the backbone of her “Botanical Cuisine” culinary philosophy. “For me, Botanical Cuisine is to feature Mother Nature on a plate, where each dish is designed to reflect the beauty, balance, harmony and purity that you find in nature.”

She delves even further into this philosophy by investigating what the medicinal properties of these botanicals are, and how she can use these medicinal properties to enhance the culinary experience of her guests. This serves as the inspiration to use unusual herbs and various edible flowers in many of her dishes.

“Guests don’t always realize that we are deliberately enhancing their experience – and not only visually. For example, fennel aids digestion and stops bloating and the hibiscus flower helps to reduce the symptoms of alcohol.” It is this intricate thought process, paired with her holistic menu approach and awareness of the beauty of food on a plate that has put her and Restaurant Mosaic on the map.

According to Dartnall, each dish on one of her themed seasonal menus should tell a story. Each dish forms part of the overall sensory journey, which is enhanced by the carefully selected tableware chosen for each course – much of which is hand-painted and made to order.

There is also a link between all her themed seasonal menus, as she explains: “Our Autumn menu, Tabula rasa – Latin for blank slate – referred to the epistemological idea that individuals are born without built-in mental content and that therefore all knowledge comes from experience or perception.”

“Our latest menu – titled CosmOrganic – alludes to the origin of things – like the big bang and that from the ashes of its cataclysm, first life sprouts. I have already conceptualized our new menu to be launched on the March 22 equinox. It follows on these two menus and it’s about evolution, something which people have seen in my food and journey in the 11 years that Restaurant Mosaic has been operating.”

For Dartnall, the suppliers of her ingredients are paramount to the success of her dishes. She believes that responsible sourcing, sustainability and sensibility are key when selecting ingredients for Restaurant Mosaic. For her, it is imperative that chefs have an intimate knowledge of their suppliers.

“For me it has always been very important to create a strong bond with my local suppliers especially the farmers, and the best way to do this is to personally visit the farms where the fresh produce is grown, or the animals are raised.”

This makes the location of Restaurant Mosaic at the Orient ideal, as it sits in the Francolin Conservancy Area within the fertile Crocodile River Valley of Elandsfontein (Gauteng, South Africa), giving Chantel a 50km radius of diverse farms to choose her suppliers from.

Dartnall believes that the future of fine dining and cooking hinges on the relationships that you build with the people that you work with, including these suppliers.

“The entire focus is on building long lasting relationships with exceptional suppliers and artisans, inspiring and leading dedicated and passionate brigades of chefs, sommeliers and servers in presenting the purest – almost unadulterated flavours of exceptional quality ingredients in a creatively unique way, reflecting the personality of the chef and nature on the plate.”

Her team at Mosaic certainly lives up to this requirement, especially the sommeliers who work with Chantel. Not only have they managed to curate a stellar cellar boasting over 75 000 bottles of wine under 5 500 different local and international labels, which is a feat on its own, but they have also managed to earn a 2018 Grand Award (from Wine Spectator) for this cellar and its accompanying wine-list. The sommeliers have worked closely with Dartnall to ensure that each course is paired perfectly with the wine from their cellar that will enhance the dish.

In true Dartnall style, however, her and her team have also put as much thought into the pairings for the teetotallers. These non-alcoholic drinks also serve to perfectly complement the dish, such as the lime and lemongrass spritzer which accompanies “Sea Mist”, a dish which merges the soft aromas of the sea with succulent langoustine and scallop, finished off with a touch of saffron foam.

Other dishes from her “CosmOrganic” menu include “Song of the Sea”, which marries salmon with ground wasabi peanuts, coconut flour, oyster leaf, kombucha and yuzu oil, and “Some Birds Don’t Fly”, a cold beetroot and ostrich tartare that is accompanied by a hot ostrich ravioli in a rich consommé.

Also on the menu is “Tajine du Maghreb”, which pays homage to The Orient’s Moorish architectural style. A luscious dish of capretto goat terrine served on the scapula beside a kid goat tajine and topped off with a deep and slightly sweet sauce.

The initial concept for this “CosmOrganic” menu was born out of Chantel’s desire to create a multi-sensory experience. A menu in which she was able to tell stories with her food and create scenes on her plates based on inspirations gained from nature and the gorgeous setting of Restaurant Mosaic in the lush Francolin Conservancy.

“For me it is vital to serve visually appealing dishes that tell a story and start stimulating diners’ senses from the moment the food arrives at the table, and I can’t think of a better source of inspiration for my dishes than from my environment and especially the Francolin Conservancy within which Restaurant Mosaic at the Orient is situated.”

For her, the creative journey of dishes needs to follow only one rule: “As a chef I find it of critical importance to respect the ingredients I am working with and feel that it is my duty to not only focus on the natural flavour of my ingredients, but also to enhance those flavours.”

Restaurant Mosaic is renowned for the incredible presentations of its dishes – “art on a plate” if you will. However, Dartnall confesses that when she plans a new menu, it is not simply to make the plate look pretty. For her, the menu is “a convergence of art and living food, where the plate is the canvas upon which fresh, organic, heirloom produce creates the painting.”

Looking back on her culinary journey, Chantel admits that her personal style of cooking was initially inspired by one of the great pioneers of Botanical Cuisine, Chef Michel Bras in Aubrac, France.

“As a young chef I could relate not only to his style of cooking but also find a descriptive name for the style of cooking I was interested in. Although I did not work in his kitchen, I studied his book, his recipes and his philosophy. With the ease of travel today, I have been fortunate to make the ‘culinary pilgrimage’ to his restaurant on two occasions.”

Chantel’s visits to prominent chefs during her travels as a young chef led her to discover some of the greats in the industry, such as Martin Baresategui, Pedro Subijana at Akelarre, Pascal Barbot at L’Astrance and Peter Goosens at Hof van Cleve in Belgium.  It was meeting these chefs and hearing about their philosophies on food that gave her direction in her career: “In some or other way they were all mentors who guided me at different crossroads in my career….”

When asked whether she had always seen being a chef as her future career, “Absolutely!” is the answer.  “I was very fortunate to grow up in the beautiful and tranquil Francolin Conservancy in Elandsfontein just outside of Pretoria, and ever since I can remember I have always wanted to cook and to express my creativity. I realized at an early age that food allowed for such a diverse canvas. The variety in colours, textures, tastes and aromas.”

Dartnall attributes much of her success to her mother and partner, Cobus, as they were the support system and motivators that allowed her to achieve everything that she has always wanted to, especially in her culinary studies at Prue Leith Chef’s Academy.

When not in the kitchen, Chantel dishes on how she would spend her day off, “I love just spending some quiet time at home with my loved ones…relaxing in the garden or watching a movie (I am a bit of a binge series watcher – and indulge in these pleasures on a Monday which is my day off).”

Dartnall remains delighted with all the recognition that her and her team have received, but her focus for 2018 centers around the culinary growth of herself and Restaurant Mosaic: “I want to keep on growing in culinary terms and exploring all facets of food. It is all about passion. I put my heart and soul into every dish I create, but I am also happy to say that I am having a lot of fun working on my cookbook.”