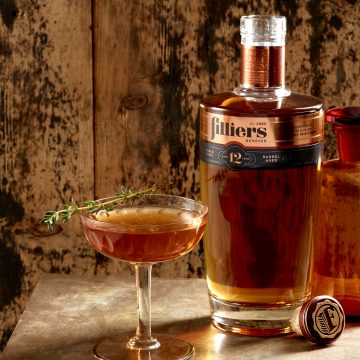 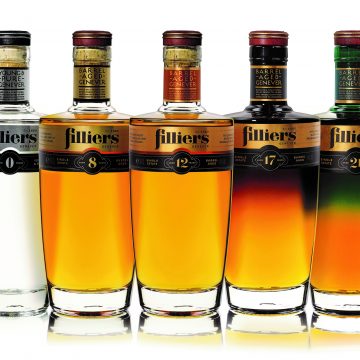 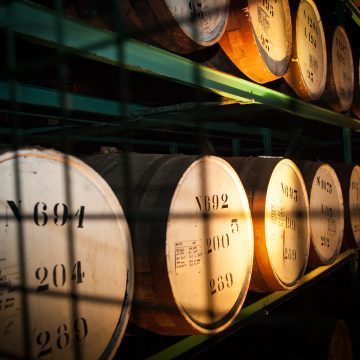 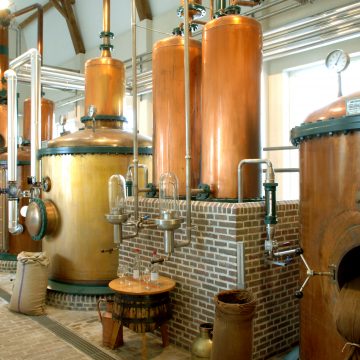 Filliers Distillery has brought authentic genever back to life with their new range of premium grain genevers. Distilled using only the finest natural ingredients and barrel-aged for up to 21 years, these genevers are beautifully unique on the palate with their whisky robustness and gin-like spiciness, and easy on the eyes in their timeless, modern bottles.

The French have their cognac, the Russians, their vodka and the Scots, their whisky. Belgians? They have genever! Genever is an authentic product of the ‘Low Countries’, and according to European law, grain genever can only be produced in Belgium or the Netherlands. The history of this delicious spirit goes back 500 years and has all the intrigue to match that of an exciting novel’s plot. Years of ups and downs, and yet the spirit survives to this day – and this is partially thanks to the Filliers family who have played an important role in its resurgence. In an attempt to put the spirit back on the international map, Filliers Distillery has ambitiously reinvigorated the genever market.

In the spring of 2018, Filliers launched a unique range of five premium Filliers grain genevers, each one of which is made with the finest natural ingredients. Ranging from very young (0 years old) to 8, 12, 17 and even 21-year-old ‘Barrel Aged Genevers’, the varied portfolio has a genever perfect for every preference. In the new premium range, each of the genevers has its own flavor profile and role to play: from fresh and clear for the 0 years old, which can be used to make original cocktails, to rich and exquisitely subtle for the 21-year-old vintage, which is best savoured pure. The bottles highlight the elegance of the range with the beautiful, innovative and timeless glass bottles which make it a handsome addition to the shelves of mixologists and bartenders around the world. Filliers is eager to showcase their genever to the world and reacquaint spirit connoisseurs with the fine taste of this traditional Belgian drink.

Genever, ‘the missing link’ between gin and whisky
For many people, genever comes across as ‘homespun’ and they believe it can’t compete with the premium image of cognac, gin or whisky. Filliers is breaking this preconception with their premium genever range made with only natural ingredients. For example, the Filliers grain genevers are made from the finest rye, corn, and malt and the distillation is still done in traditional copper boiling kettles at the distillery in Bachte-Maria-Leerne (near Deinze, Belgium). In the case of Filliers Barrel Aged Genevers, this delicate distillate has been further aged for several years in oak barrels. The resulting spirits are refined, mild, and above all, flavorful: mingling, on one hand, the subtle taste of grains and wood tannins, so typical of whisky, and on the other hand, the refreshing taste of gin. So you can safely say that genever combines the best of both whisky and gin.

A unique ingredient: ‘time’
Matured for many years in 200-litre American oak barrels, the genever ia able to absorb the flavours from the wood of the barrels during the aging process, giving the spirit a more full-bodied character. In the case of Filliers, the process takes from 8, 12, 17 to 21 years. This is what makes the aged grain genevers from Filliers unique. After all, time is the one thing you cannot buy or regain….

5 generations of genever distillers and counting
The Filliers family has been distilling genever since 1792, when Karel Lodewijk Filliers, along with running the family farm, began distilling genever on the side. But things really picked up in 1880 – that’s when Kamiel Filliers received the official licence to set up a ‘jeneverbranderij’ (genever distillery) and installed a steam engine at the distillery on the farm in Bachte-Maria-Leerne. This was the year in which the first large-scale production was launched and that’s why the bottles of Filliers Barrel Aged Genever display the date 1880.

Gin outstrips its progenitor
Most people probably don’t realise it when they sip a hip gin & tonic, but genever is the forefather of the popular gin. During the Dutch War of Independence (17th century), the English soldiers in our regions took a liking to the “Low Countries” genever. They brought the distilled spirits home with them to England, where they attempted to reproduce it. However, they did not have the correct recipes and ended up with a derivative product that they called gin, an English corruption of ‘genever’. So, while at the time, genever was the most popular distilled drink in the Low Countries and the rest of Europe, the worldwide empire-building of the English brought their gin to the furthest corners of the earth. The effects can still be felt today.

Head over to Filliers’ website to find out more about their history and the rest of their products.