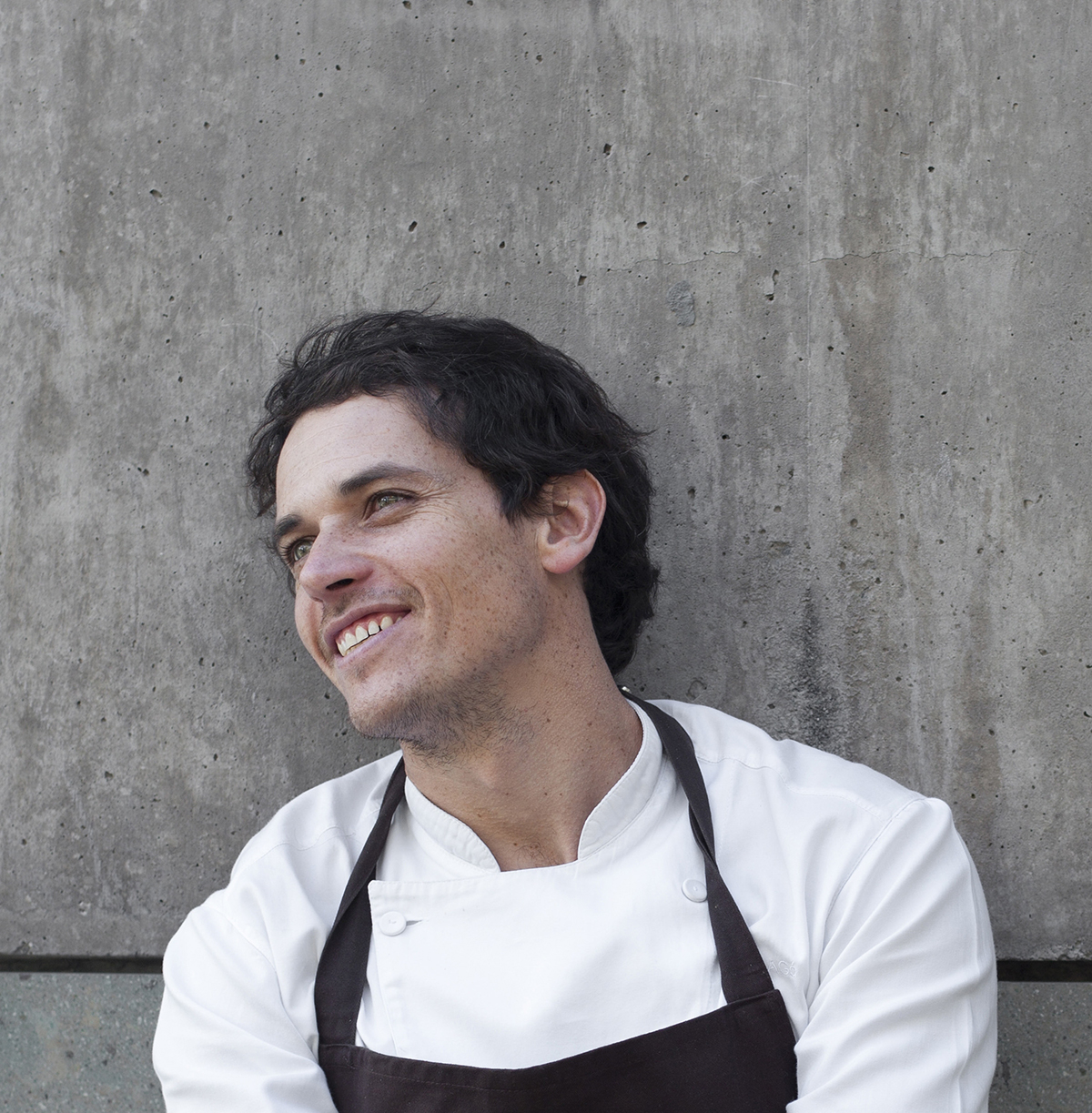 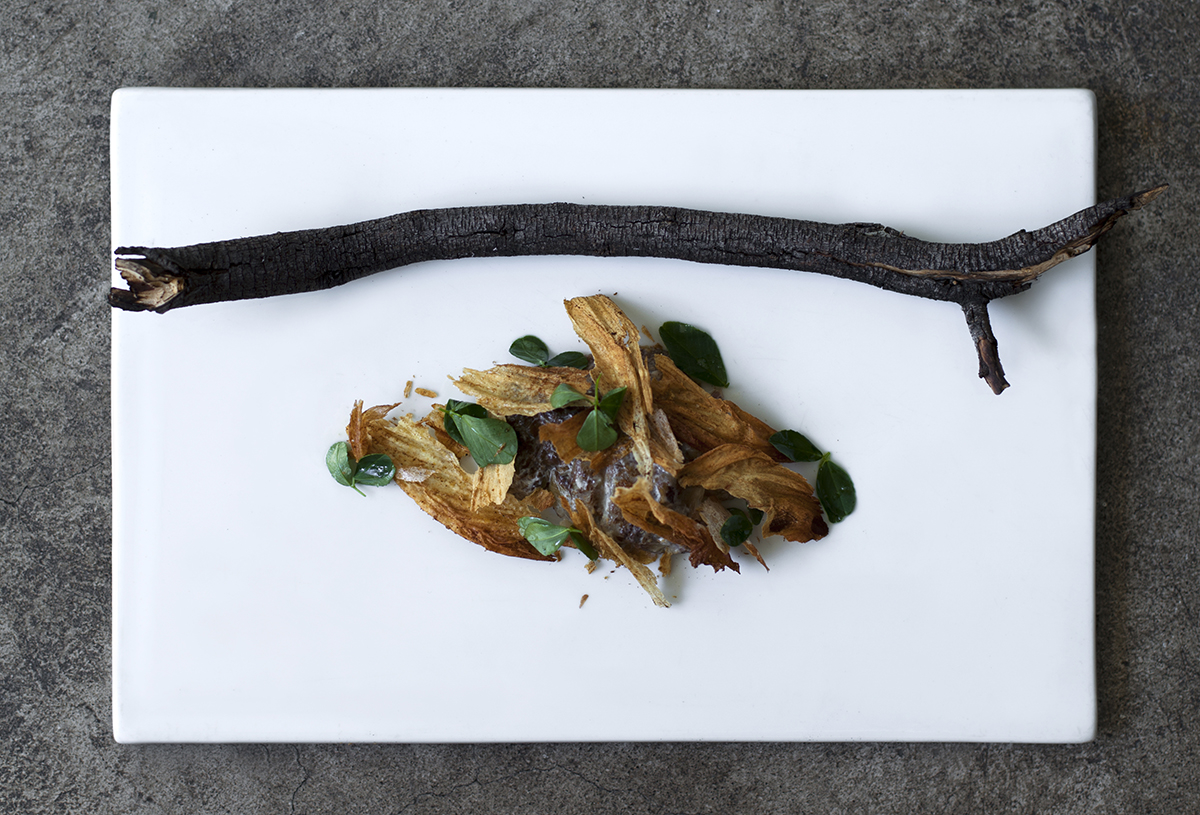 Chilean ambassador, Chef Rodolfo Guzmán gives you a weekend treat: a recipe for “veal and its own milk from Parral, Chile”…

¨To find the organic veal, we go towhere it wass produced: Parral, 300kmfrom Santiago, in an open field where we learned about the animal and itssurroundings.That’s where we got the veal and the raw natural cow’s milk. We cook the veal in its own milk. Then it’s served with textures of burned milk, wild alfalfa -the veal’s food -from the Parralarea, andbranches that are infused with thefield’s aroma.¨

Clean off the excess fat from the meat, and portion it. Vacuum seal it and cook at 72ºC in the sous-vide for 40 hours.

In an oven, roast the bones until they are dark brown. Brown the vegetables in a stock pot. Add the browned bones and cover with water. Let it simmer over night,avoiding boiling. Strain and reduce until a sauce is made.

Vacuum seal and pasteurise the milk at 85ºC in the sous-vide for 15 minutes.

Pour a drop of milk on the hot teflon pan, let it dehydrate on high heat until it starts becoming a golden colour. Peel it off. Make sure it iscompletely dry and keep in a dry container.

Put the branches in water and thendry them off. Break off the excess and, using a torch, burn them slighly on all sides. Dissolve some of the oilin water and spray the branches to get some aroma.

Still warm, glaze the veal with a mix of partpasteurised milk and part veal stock until the mix becomes thick again and the veal is tender to serve. Place it on a plate with a little cahuil salt. Cover with broken milk sheets and some alfalfa, and drizzle with olive oil and salt. Place the infused branches on oneside of a plate. Before serving, ask your guests to breathein the aroma of the branches.