We’re counting down ’til Christmas with 24 festive recipes by Michelin star chefs, starting with this chicken and pork pâté with pistachios by Michel Roux Jr…

To celebrate the countdown to the big day, FOUR will be sharing a recipe a day from now until Christmas with all our readers! That means 24 of the finest recipes from FOUR – The World’s Best Food Magazine’s array of award-winning chefs from around the world, including Denmark’s very own Rene Redzepi to Quiqui Dacosta in Spain.

To kick off the culinary festivities, we’ve managed to get our hands on a chicken and porkpâté recipe, made festive with the addition of pistachios, by the one and only Michel Roux Jr. Enjoy!

20–25 thin rashers of streaky bacon, depending on the size of your mould

Cut each of the chicken supremes lengthways into 3 big slices and set them aside. Mix the chicken livers into the minced pork and season, then add the lemon zest, shallots, thyme and pistachios.

Line a mould, such as a 20cm cake tin or earthenware dish, with overlapping rashers of bacon, making sure it is completely covered and leaving some bacon hanging over the edges. Press in half the mince mixture, add the chicken pieces, then cover with the rest of the mince. Fold over the bacon rashers to encase the filling.

Preheat the oven to 200C/Fan 180C/Gas 6. Place the dish in a roasting tin and pour in enough boiling water to come about halfway up the sides. Bake for 45 minutes to 1 hour, depending on the size of the mould. Check that the pâté is done by piercing the centre with a needle. The juices should run clear and the needle should feel hot to the touch.

Allow to cool, then chill overnight in the fridge. Turn out and serve in slices with pickled onions or gherkins, toast and salad leaves.

Recipe from THE FRENCH KITCHEN by Michel Roux Jr, published by Weidenfeld & Nicolson in hardback £25. 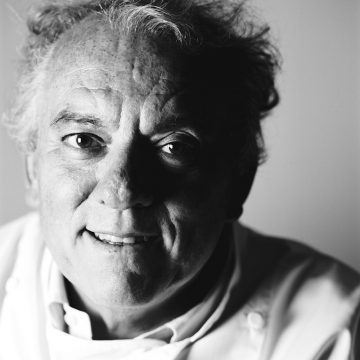 Son, grandson and great-grandson offamous gastronomy-lover cooks, Michel Rostangkeeps up the family adventure for more than 30years, i.e. a lifetime dedicated to the pleasure ofa plentiful table. He is born on August 6th, 1948 in Pont deBeauvoisin in Isère (38) in a family in which thetransmission of the culinary know-how carries onfor 6 generations. After 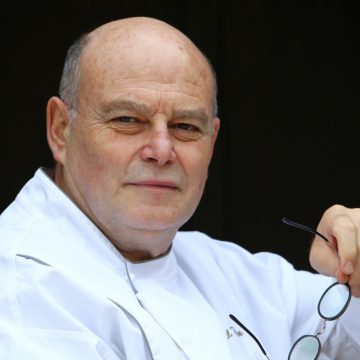 Former champion diver and student of the decorative arts at the Atelier d’Ingres in Montparnasse, Grand ChefRelais & ChâteauxMichel Trama turned his creative talents to gastronomy when he met his wife, Maryse. It was she who introduced him to the fine flavours of family cuisine.In 1974, they opened their first bistrot, “Sur le pouce” on

#FOURNews | 25 Years at the helm of Le Gavroche