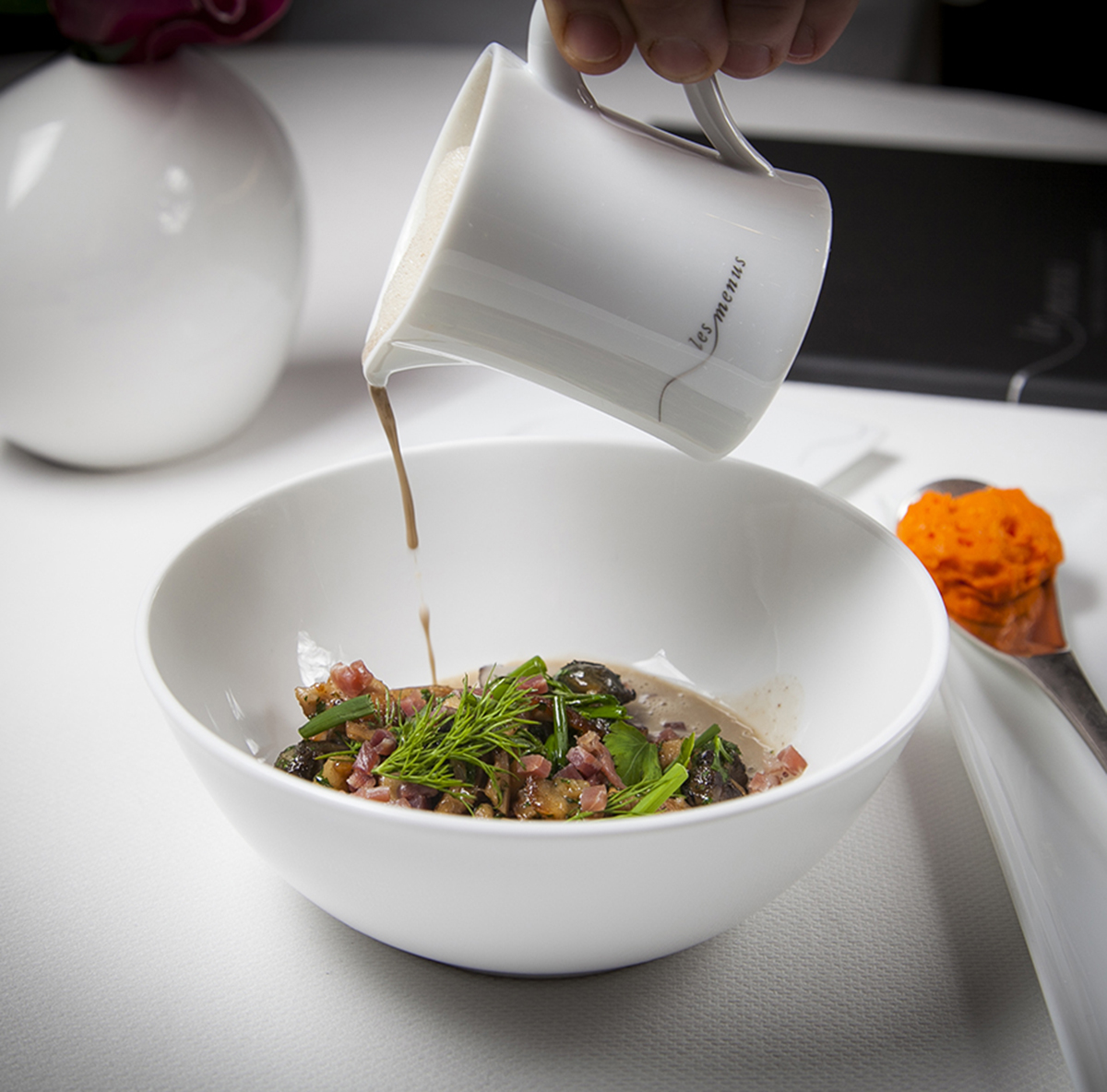 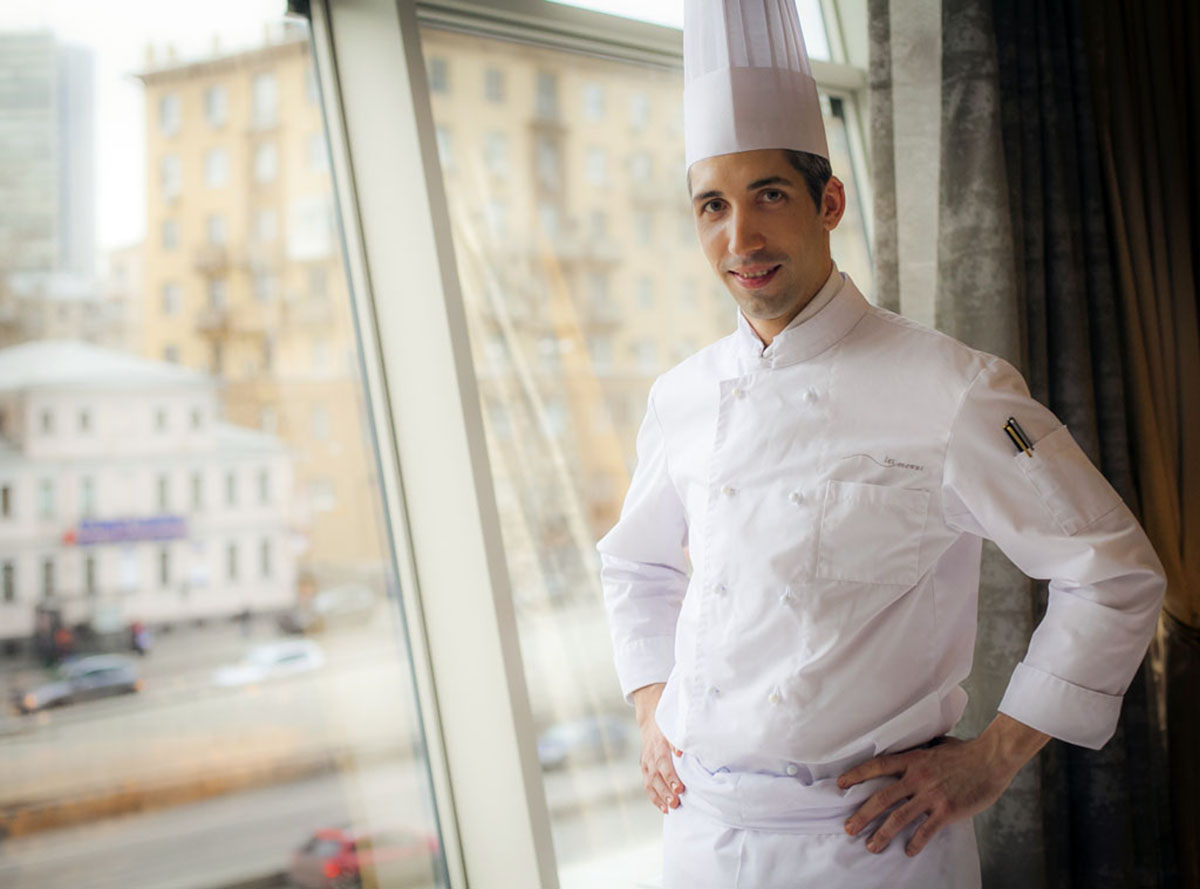 David Rodriguez has been appointed as Chef of the Les Menus par Pierre Gagnaire restaurant at Lotte Hotel Moscow, and has given FOUR an exclusive interview and recipe…

David was born in France in 1985. His first gastronomic education and experience were received in Hotelier Lautreamont lyceum. Together with his studies David began a career in 2004 as chef de partie at the Le Petrarque Restaurant, Lombez, France. In summer 2005 he practiced at the Paradores restaurant in Spain. Later he returned back to France and received an introductory chef course at the Relais & Château restaurant. The next step in his carrier was the chef de partie position at the Briques&Marronniers restaurant (one Michelin star). After working at such a prestigious restaurant as Jardins&Saveurs, Mr. Rodriguez moved to London and presented his talent in La Trouvaille and le Club Gascon (one Michelin star). Since 2009 David has been working with the three Michelin starred chef Pierre Gagnaire, first at his London restaurant – Sketch, and then at Les Menus par Pierre Gagnaire as a sous chef.

The restaurant is located on Floor 2, Lotte Hotel Moscow, building 2, 8 Novinsky Boulevard, and is in Moscow-based 5 star Hotel Lotte –thego-to place for a luxury visit to the capital. On top of its restaurant Les Menus par Pierre Gagnaire, which boasts the three Michelin star chef at its helm, it has recently disclosed that the in-house sommelier, Sergey Poltoratskiy has been awarded the Prix Le Montrachet 2013, as the best sommelier in the Prestige Category. And of course, its Mandara Spa has just been titled The World Spa & Wellness Award 2014.

The chef Pierre Gagnaireand my family.

How will your experience in such prestigious kitchens influence your work at Les Menus par Pierre Gagnaire?

I worked for 6 years in London which is a very extravagant city, it allowed me to open my mind to the world and always to do better.

How did you come to work with Pierre Gagnaire?

I had the opportunity to work in London in Club Gascon, then after 1 year I was invited for interview as a sous chef to Sketch restaurant.

What do you plan to bring to Les Menus par Pierre Gagnaire?

Faithfully interpret the philosophy of Pierre Gagnaire while being myself.