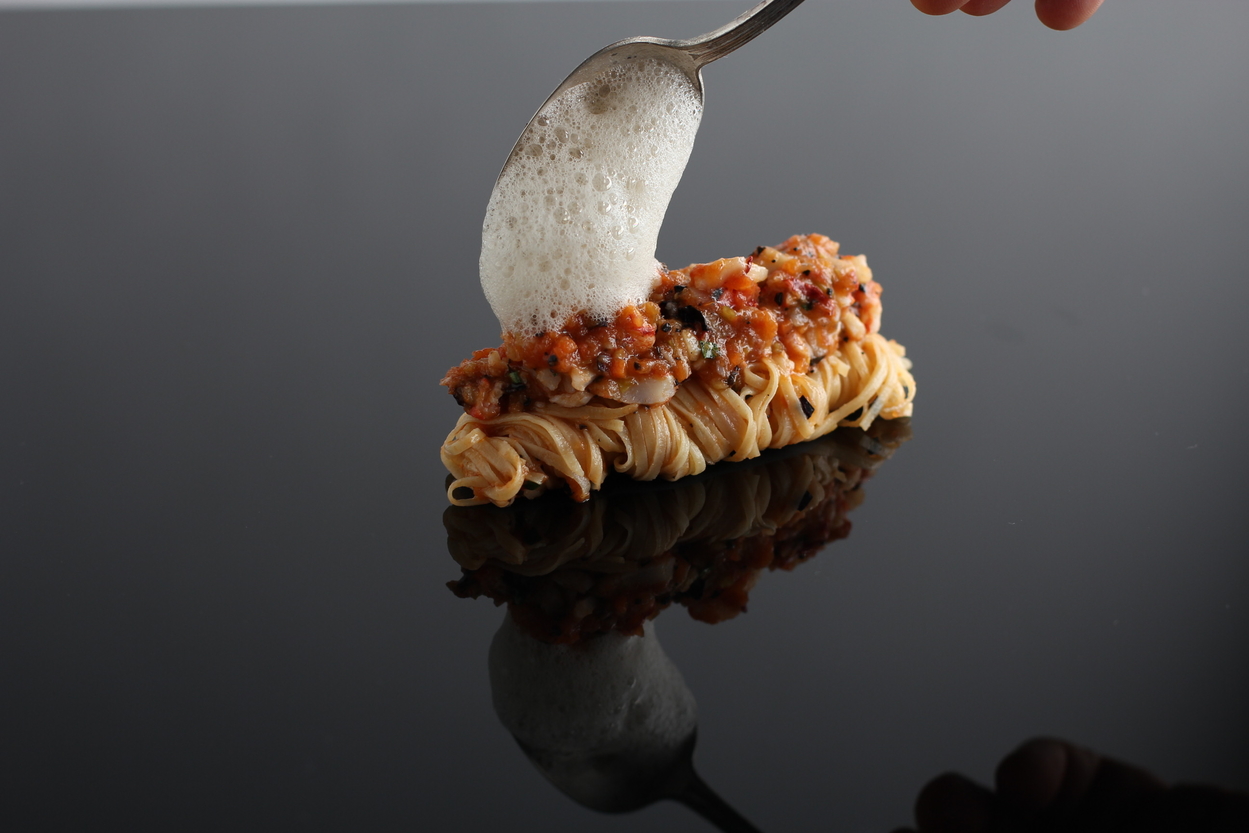 A Recipe by Josiah Citrin

Combine the onions, garlic and butter in a pot; sweat the onions on medium heat, season lightly with sea salt. Cook the onions until they are soft and translucent. Add the tomatoes and heat through, season lightly with sea salt, once the tomatoes are hot add the chardonnay and bring to a boil. Add the three stocks and boil, reduce heat to low. Cook on low, stirring often being careful not to let burn on the bottom until all the liquid has evaporated and the sauce is thick. Pass the sauce through a food mill into a bowl over a bowl of ice. Mix to cool.

In a tall pot add the truffle juice and reduce by 1/4. Add the cream and bring to a boil. Remove from the heat and add the butter, truffle oil while blending with a hand blender until very bubbly. Season to taste with sea salt, white pepper and a few drops of fresh lemon juice. Keep warm in the pot.

Heat 6 dinner plates in a warm oven. Bring a pot of water to a boil, adding about 1 tablespoon of salt per quart of water. Divide the tomato sauce into two pans (it’s easier to mix and plate in two pans). Gently heat the sauce adding 1 tablespoon of butter to each pan mixing to emulsify. Add the lobster and heat until just hot, but not overdone. Cook the pasta for 1 ½ minutes in the boiling water and divide it into the 2 lobster Bolognese pots. Add the chopped basil and extra virgin olive oil, and add a few tablespoons of the pasta cooking water to each pan. Season to taste, spin the pasta around a meat fork and lay it down in the center of the heated plates, spoon the lobster Bolognese in a line over the paste. Blend the truffle sauce with a hand blender until frothy. Spoon the froth over the pasta and serve. 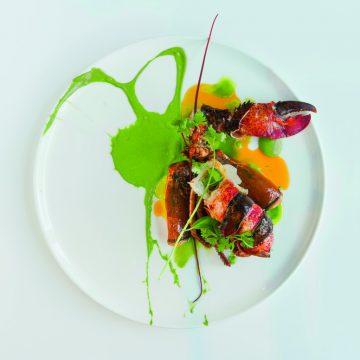 Liven up your christmas feast with this spectacular recipe from Yann Bernard Lejard. Using simple produce and taking inspiration from the details of daily life, Yann produces these exquisite and creative dishes that leave you wanting more…

Lobster with a citrus foam, chicory and macadamia purée

Nicolas Magie of Le Saint-James hotel restaurant in Bordeaux gives you this summer delight of lobster with citrus foam, chicory and macadamia purée…Yum!