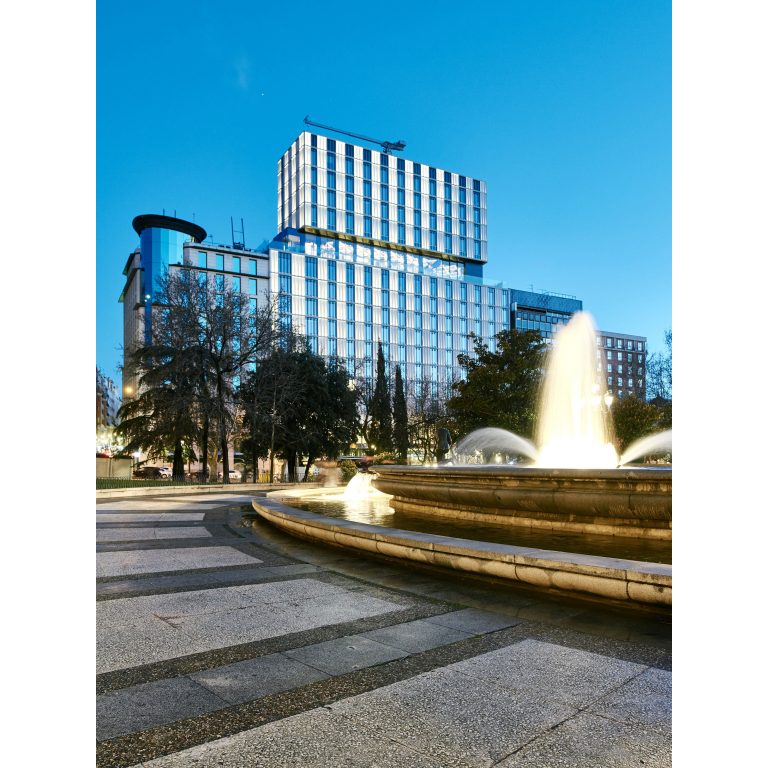 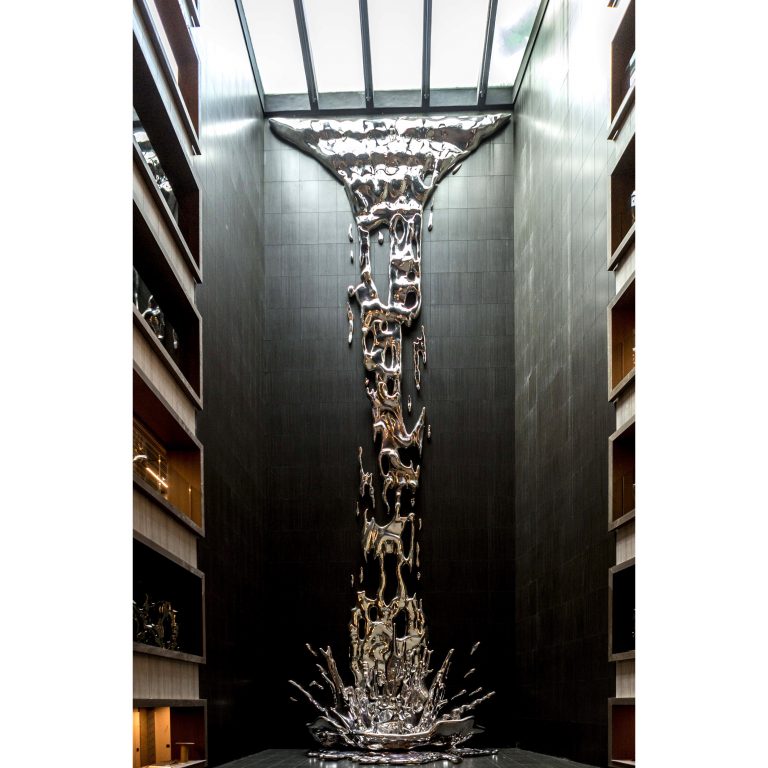 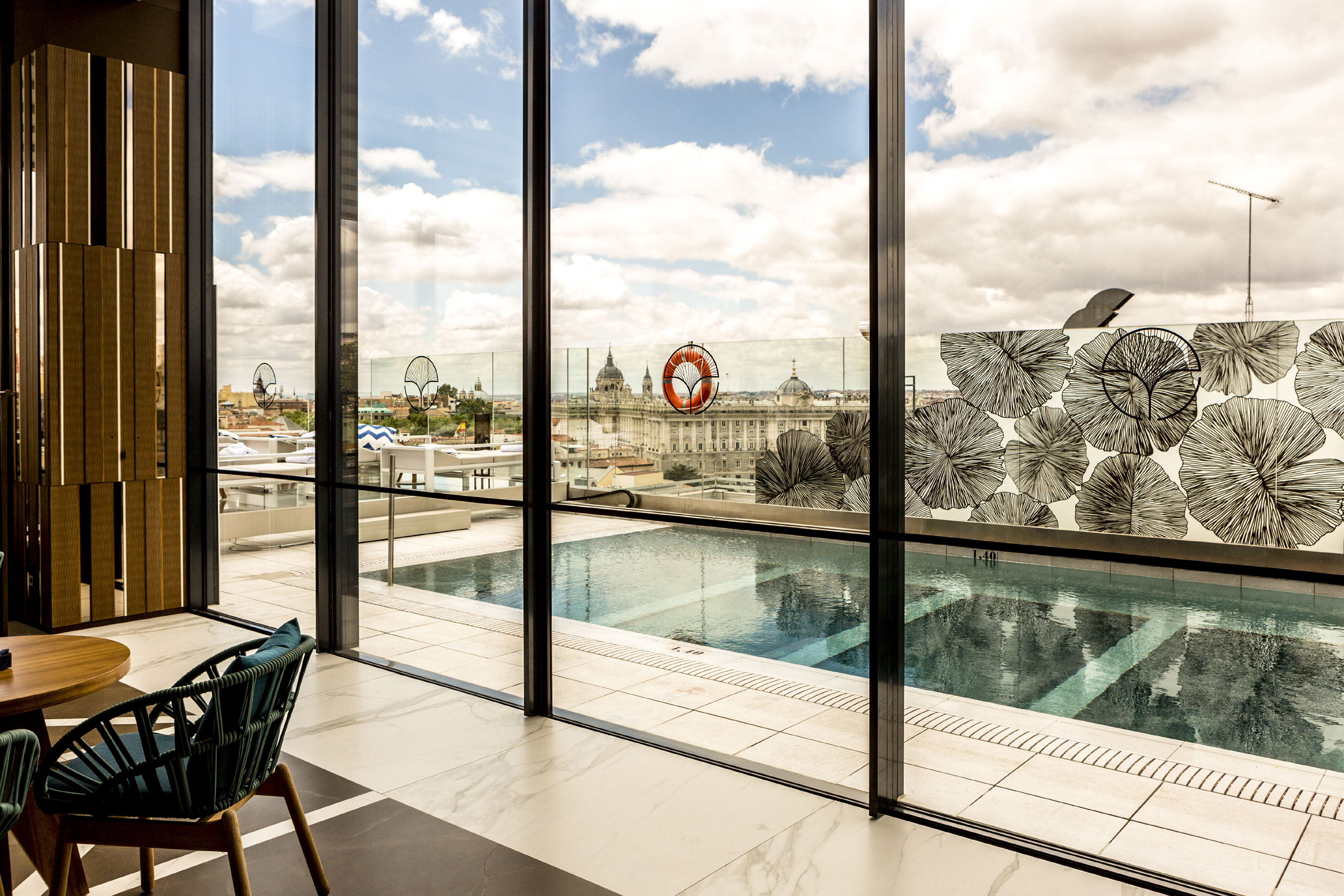 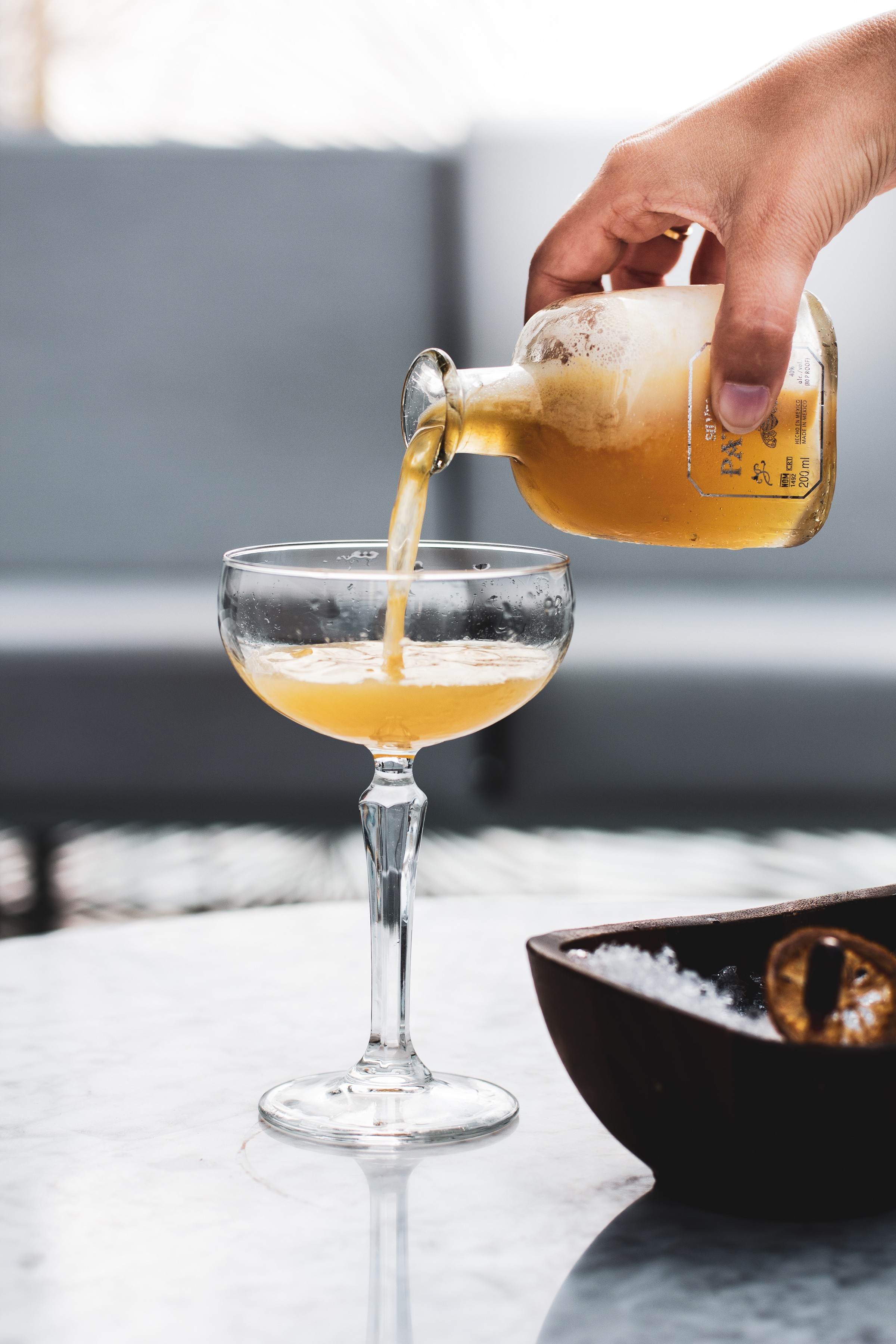 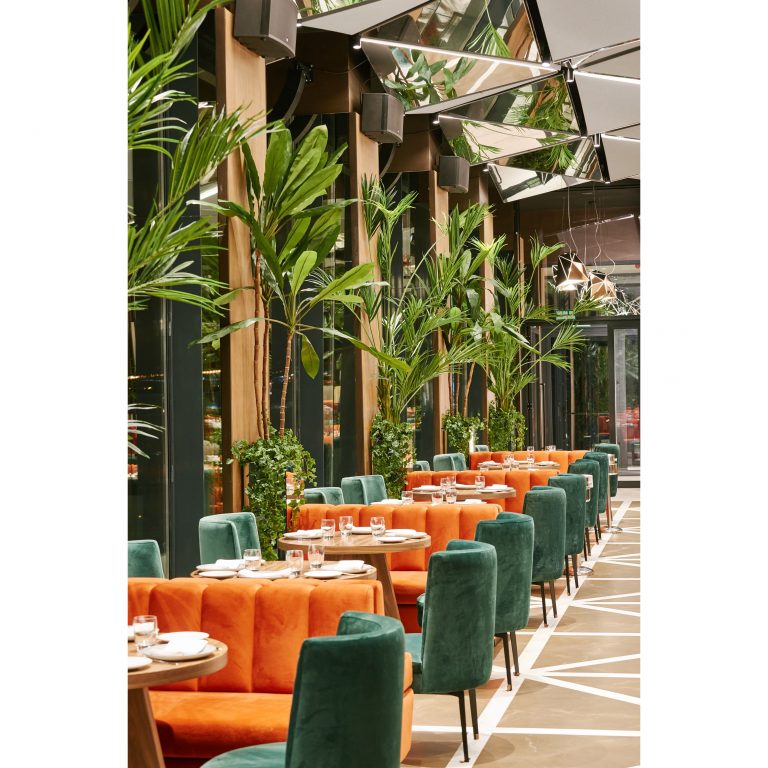 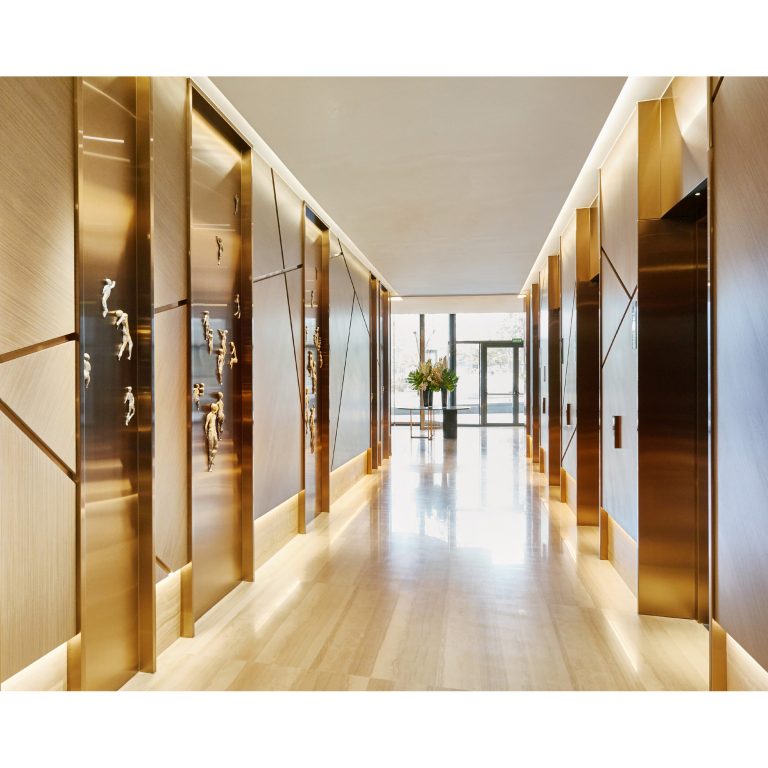 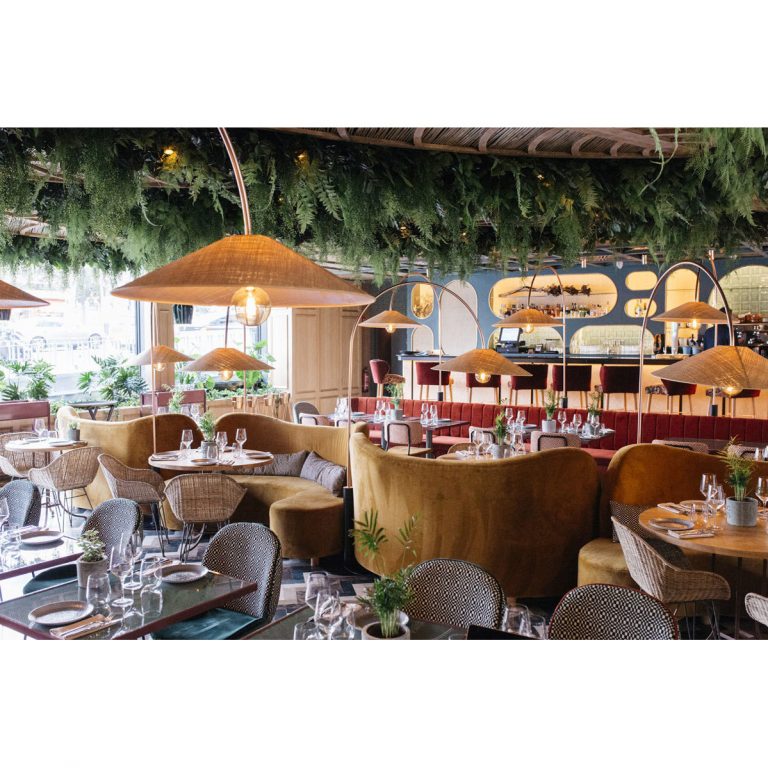 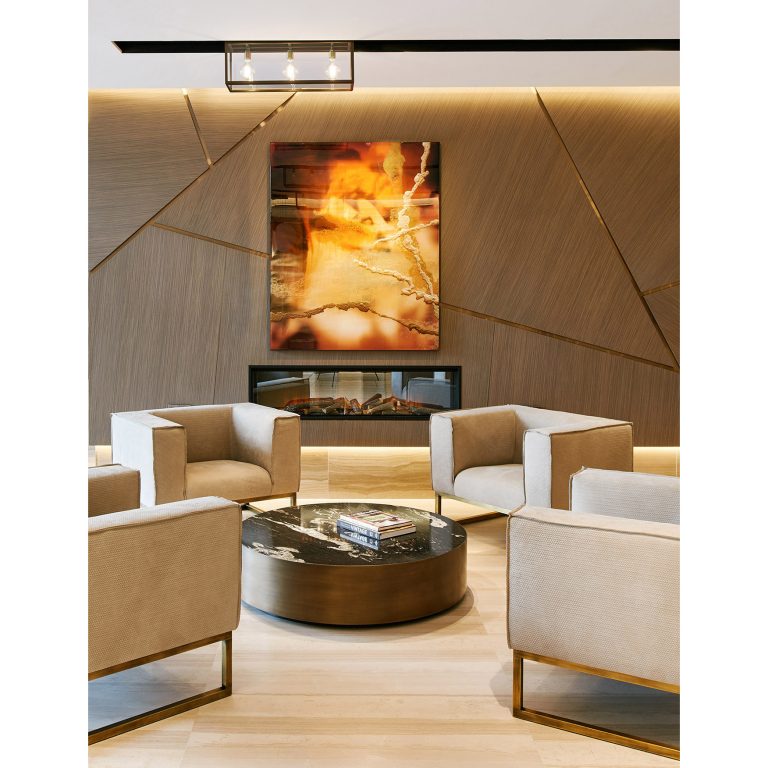 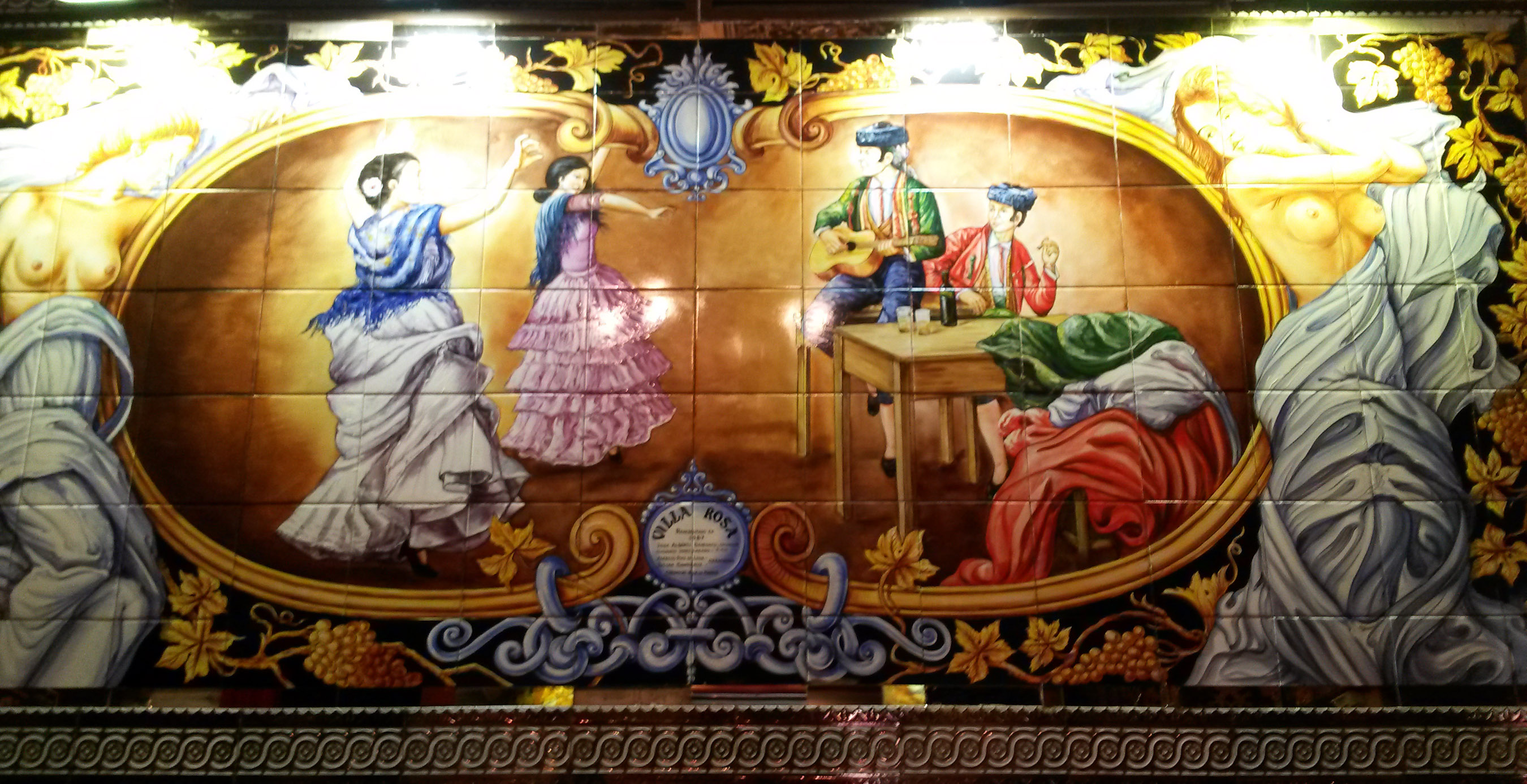 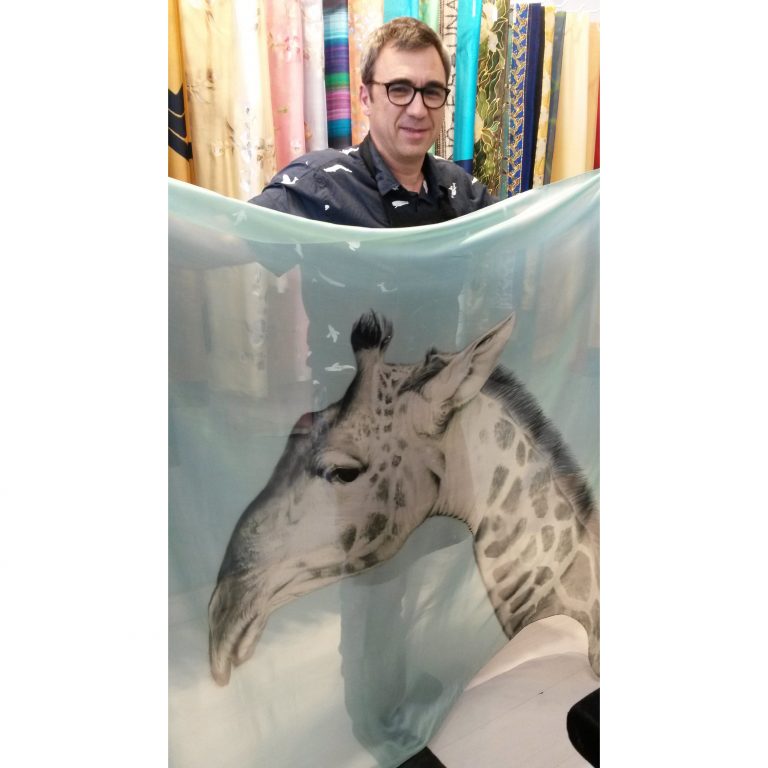 Europe is home to some of the world’s most vibrant cities, and Madrid, in particular, has that distinctly intoxicating energy that swept me off my feet the moment I arrived. Culture, arts and architecture bring life to alleyways, boulevards, parks, neighbourhoods, even roundabouts, I recall the mingling of heat, sights and sounds all conniving, adding to the anticipation.

Madrid is a city that never sleeps. That may sound contradictory in a culture where siestas are sacrosanct. Truth is, according to an insider, siestas are becoming a rarity in the city, and with bars open until 4am, the Madrileño’s passion for a good party and long evenings of merriment prevails, sleep or no sleep. That enviable Iberian joie de vivre is an essential part of the Madrid lifestyle I wanted to immerse myself in.

Fortunately, there’s VP Plaza de España Design 5* hotel to kick-start my brief sojourn in the city. Set within Madrid’s historic centre across from the landmark Plaza España, the brand new five-star hotel sets itself apart with the word ‘design’ attached to its brand name. Indeed, the hotel has much to live up to.

The hotel’s exterior is modern yet low-key, but once past the revolving doors, it was evident a lot of thought went into creating visual impact through large and small design details and art installations. It starts with the lobby’s floor-to-ceiling glass panels accented with silhouettes of ginkgo leaves, a theme that runs throughout the hotel. A painting by Dutch artist Jan Hendrix imbibes an art gallery feel, extending all the way to the sleek walls opposite the lifts, embellished with gold-leaf miniature human figures created by artist Nacho Zubelu.

One of the most impressive art installations I’ve seen so far has to be the 80-foot metallic-effect fiberglass sculpture, La Gota (The Drop), from Catalan artist Pere Gifre. Depicting a waterfall cascading from the bottom of the 12th floor down to the ground floor’s interior courtyard, it reminded me of the villainous Terminator from the Judgment Day film morphing into liquid metal. This one though, is perfectly safe – and quite breathtaking, especially when the illumination changes in vibrant colours.

By the time I joined my group for dinner at 9:30pm, Botania restaurant on the hotel’s ground floor was already buzzing, its eclectic decor expressed in sienna, teal, ochre and jade velour chairs, zigzagging floor patterns and lush foliage hanging from the ceiling. The tapas menu included Gazpacho with a touch of apple, Shrimp tacos with garlic, peperoncino and Valentina sauce, along with Russian Salad, a staple in Spanish menus, while main courses bring Italian, Moroccan and Japanese flavours to the table.

Great company and good food washed down with quality Spanish wines made the evening fly by, and when in Madrid, do what locals do – head for the bar – but not just any bar. The Ginkgo Restaurant & Sky Bar on the hotel’s 12th floor just opened this summer and already, it’s creating a buzz among trendy tribes. The outdoor lounge area spans three sides of the building, and there’s a swimming pool with a glass bottom through which the waterfall sculpture can be gleaned.

Views from here are perhaps the best in the city, especially at night when the magnificent Royal Palace illuminations stand out against the pitch-black sky. At daytime giant ginkgo leaves engraved on the walls enhance the intimate setting, making this space conducive to relaxation by the pool area, which is exclusive to hotel guests. Instead of having a siesta, for me this is the perfect place for lunch or a pre-dinner cocktail while perusing rows of old tiled rooftops, the spires of Plaza Mayor in the distance, and the mountains beyond.

Ginkgo’s late-night bar is fully sound-proofed, which is great for private parties or listening to live music. An extensive list of wines is matched by cocktails that sound more exotic in Spanish. Soy Como Soy (I am like I am) is a heady blend of Red Martini roasted with berries and coffee, Bacardi rum 8, Pedro Ximenez steeped with oranges and chocolate Bitter, while La Joya de el Nilo (The Jewel of the Nile) is an intriguing mix of Patron white tequila with rooisbos, mezcal, cinnamon citrus agave, lime juice, egg white and Angostura bitters. Then there’s the inebriated sounding Goñi que Goñi, a quirky concoction of Dewar’s 12 whisky perfumed with chilli, lime and cardamom, amaretto and banana sugar.

With an early morning rise looming, it was time to hit the hay at 3am. Altogether, there are 214 rooms, all featuring signed works of art by Dario Urzay and Fernando Palacios. Neutral shades and mood lighting set the mood for winding down, and the one-way glass wall between the bathing area and bedroom is a clever idea. And in a busy, noisy metropolis like Madrid, soundproofed windows and automated blackout blinds worked wonders for a good night’s rest.

Next day’s walking tour with Joanna Wivell of Insider’s Madrid took us down the back-doubles traversing gastronomic and cultural landmarks. Close to Plaza Mayor, the San Miguel Market brings all of Spain’s mouth-watering regional delicacies under one elegant roof, while Restaurant Sobrino de Botin specialises in cochinillo asado (roast suckling pig), cooked in the clay oven behind the ground floor dining room. Founded in 1725, it made its way to the Guinness Book of Records as the oldest working restaurant in the world.

Madrid’s neighbourhoods are full of surprises, and one that deserves a look is Barrio de las Letras. Translated as ‘Literary Quarter’, it pays homage to the artists and writers who have lived here during the Golden Age of Spanish Literature in the 17th century, more prominently Lope de Vega, Cervantes and Tirso de Molina. Romance is very much alive here too, as the inscription at the corner of number 70 Calle Huertas says: “Besame en esta esquina” (Kiss me on this corner).

In Madrid, it’s easy to lose yourself (figuratively and literally) while traipsing along a maze of narrow lanes. Ensconced within these quarters are artisans who have kept traditions alive. Casa Seseña has been making exquisite woolen capes for royalty and affluent clients since 1901, and a few corners down, Lola Fonseca’s workshop is dedicated to making the finest one-of-a-kind hand-painted silk scarves and shawls. But the experience wouldn’t have been complete without meeting Pedro de Miguel in his eponymous guiterreria on calle Amor de Dios 13, where the master makes flamenco guitars by hand. Not far away is the impressive old tiled façade of Villa Rosa restaurant and tablao, where some of Madrid’s talented flamenco groups perform.

The day ended with a much-awaited dinner back at the hotel’s Ginkgo Restaurant & Sky Bar. Well-renowned Studio Gronda garnered an award for designing the bar and restaurant’s interior with palm trees, tropical foliage, and jazzing up the ceiling with a bold bevelled glass accent for that kitsch clubby vibe. Our long table was a delectable spread of tapas, but my favourites were the Carpaccio de pulpo (octopus carpaccio), Black cod, and an unusual but decadent Tarta de chocolate a la cerveza negra (black beer chocolate cake), one of the restaurant’s specialities. Classic jazz music blended beautifully in the background as the sun started its descent behind the distant mountains, its golden glow beaming on our Champagne glasses.

The dinner could have gone late into the night, but I wasn’t going to miss the chance to witness a flamenco show at Las Carboneras, one of the city’s highly recommended tablaos.The club was packed, tables set very close to each other. But that’s what flamenco shows are all about – intimate, intense, inspiring. In keeping with tourist expectations, the female dancers wore typical costumes in polka dots, although the choreography blended traditional and modern styles. Fast and furious footwork deserved a rapturous applause, it was a joy to watch.

My short but sweet stay at VP Plaza de España Design hotel introduced me to Madrid’s cosmopolitan, trendy side, while flamenco took me back to its old roots. This beautiful blend of old and new only Madrileños can pull off is pretty special. They know how to celebrate life. This is the Madrid I came to rediscover, the Madrid I came to love.

Double rooms at the five-star VP Plaza España Design are priced from €229euro per night (double room based on two sharing), including breakfast. For more information or to book, visit www.plazaespana-hotel.com