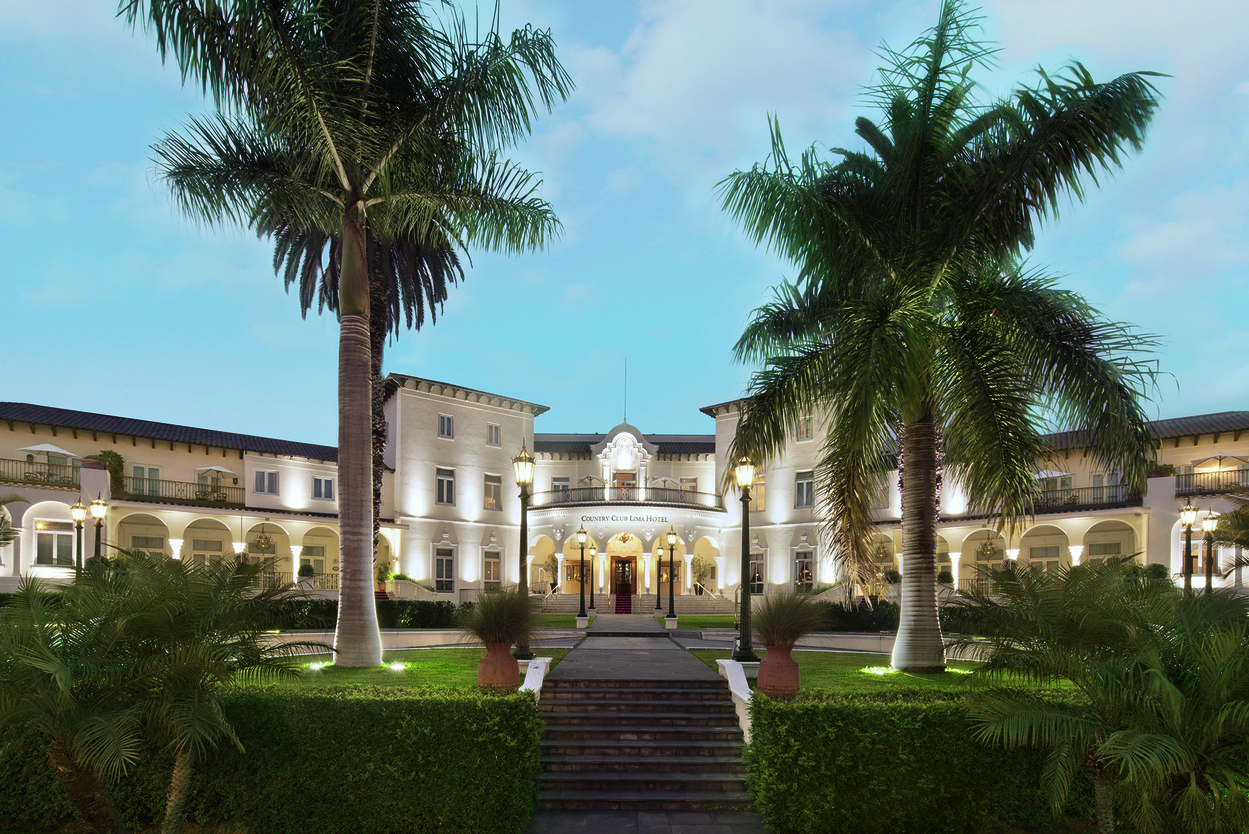 Sophisticated, cool and understated, Lima perches proudly on the Pacific coast as one of Latin America’s most exciting capital cities.

Peru has received a huge amount of attention in recent years for its emerging cuisine, most of which is showcased in Lima in some of the world’s finest restaurants. Thought to be stepping into the path that New Nordic cuisine paved ten years ago, Peruvian cuisine is at the helm of on-trend, sought after food. And Lima certainly does not hold back when it comes to peacocking its culinary feathers.

Aside from its eating, the city has a plethora of activities to do in and around its metropolitan centre. Classy bars, high-end hotels, magnificent sights, and a wealth of cultural goings-on.

Lima is not shy of food. Whether you fancy a little morsel to keep you ticking over, or a larger something, you’ll find it in one of the city’s markets. Head to Surquillo Market to rub shoulders with the locals to do some grocery shopping, and grab a bite to eat. Eli Lopez Tuya’s stall was deemed ‘The Best Market Ceviche in Lima” at this year’s Mistura – an annual Peruvian food festival – so grab the fresh seafood soup while you can.

La Mar and Punta Sal are two other exceptional places to try ceviche. La Mar, owned by is Latin America’s 15th best restaurant and a Miraflores-based restaurant that will fully indulge your senses. Alternatively, Punta Sal’s chef Adolfo Perret gives the traditional ceviche recipe a twist with his tarwi ceviche, which uses Andean lupini beans at its base, rather than seafood.

However, if you’re after something sweet, all you need to do is wander the streets and find a street vendor that sells lucuma champu (easier said than done). A traditionally Peruvian rice pudding drink, the dessert uses the superfood lucuma fruit as flavouring, which gives it a unique fruity flavour.

Lima is full of wonderful fine dining eateries. However, with a small amount of time on your hands, we would recommend ’ award-winning Central. Inspired by the Peruvian Andes, the restaurant has taken Lima by storm in recent years with its cuisine full of traditional flavours and seasonal produce.

Astrid y , on the other hand, has been engrained in Lima’s culinary scene since 1994. and his wife Astrid pioneered the Peruvian culinary movement at this restaurant, which encompasses chef ’s passion for native cuisine and ingredients.

Maido’s combination of Peruvian and Japanese cuisine sends stars flying. With the first Japanese migrants sailing to Peru in 1899, it’s no surprise the fusion is so established it has its own name: Peruvian Nikkei. Mitsuharu Tsumura is at its helm at Maido, earning the title of 7th best restaurant in Latin America.

One of Peru’s secret alcoholic weapons is pisco. The spirit – made out of grape wine – dates from the 1700s, and is one of the country’s pride and joys.

Head to Central’s bar where bottles of coloured spirits glow from a lit wall, and indulge in one of their piscos.

Alternatively, voted one of the best bars in Latin America, Ayahuasca is located in an old mansion. The menu holds traditional ingredients and spirits at its heart to get you into the Peruvian mood.

Lima Country Club Hotel is a Grand Peruvian Cultural Monument, that showcases the perfect marriage of history, modern style and luxury amenities to keep your bones rested on your trip to Lima. With designer shops on the premises, as well as gourmet restaurants, a bar, spa and Lima Golf Club, you really can’t go wrong.