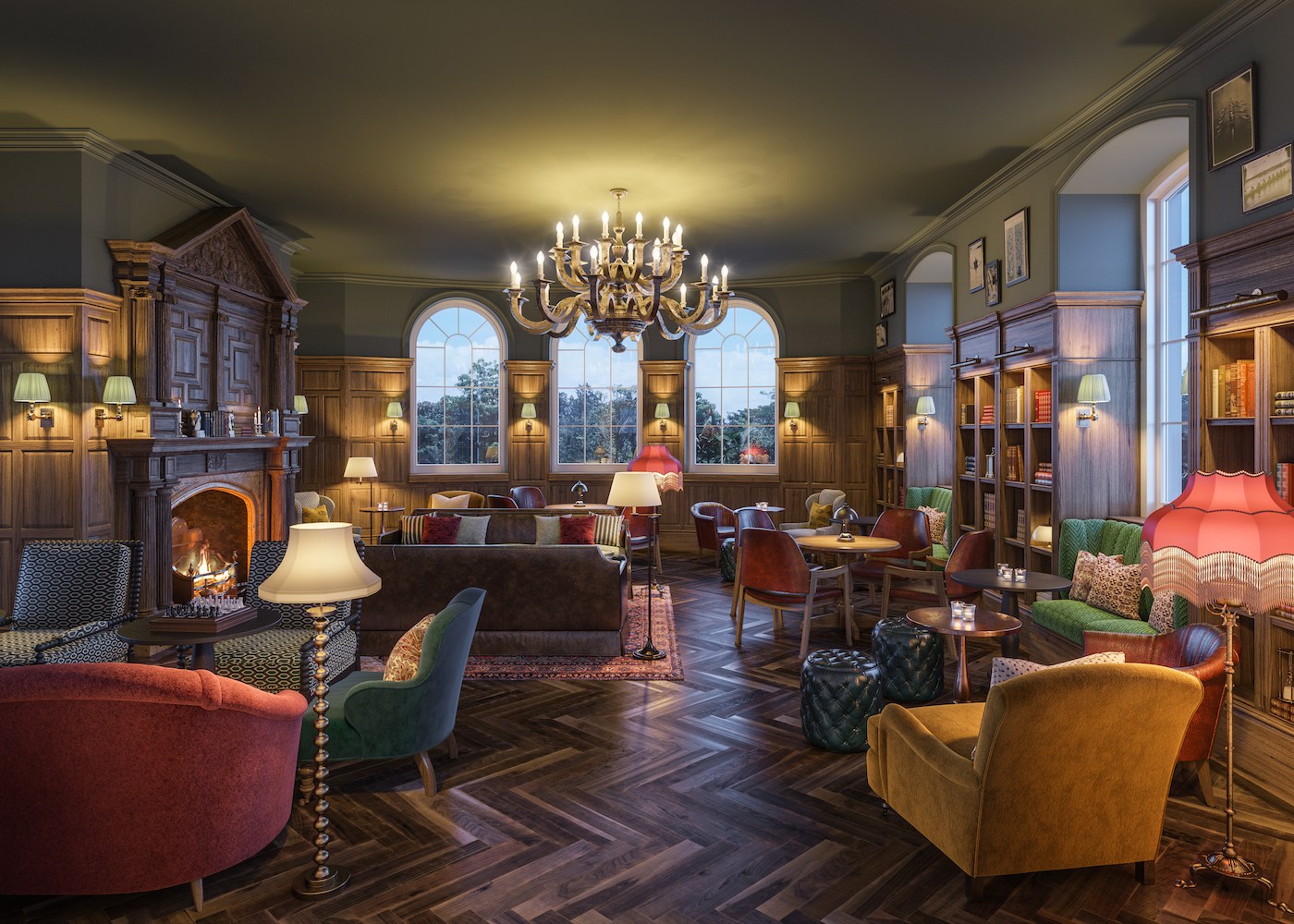 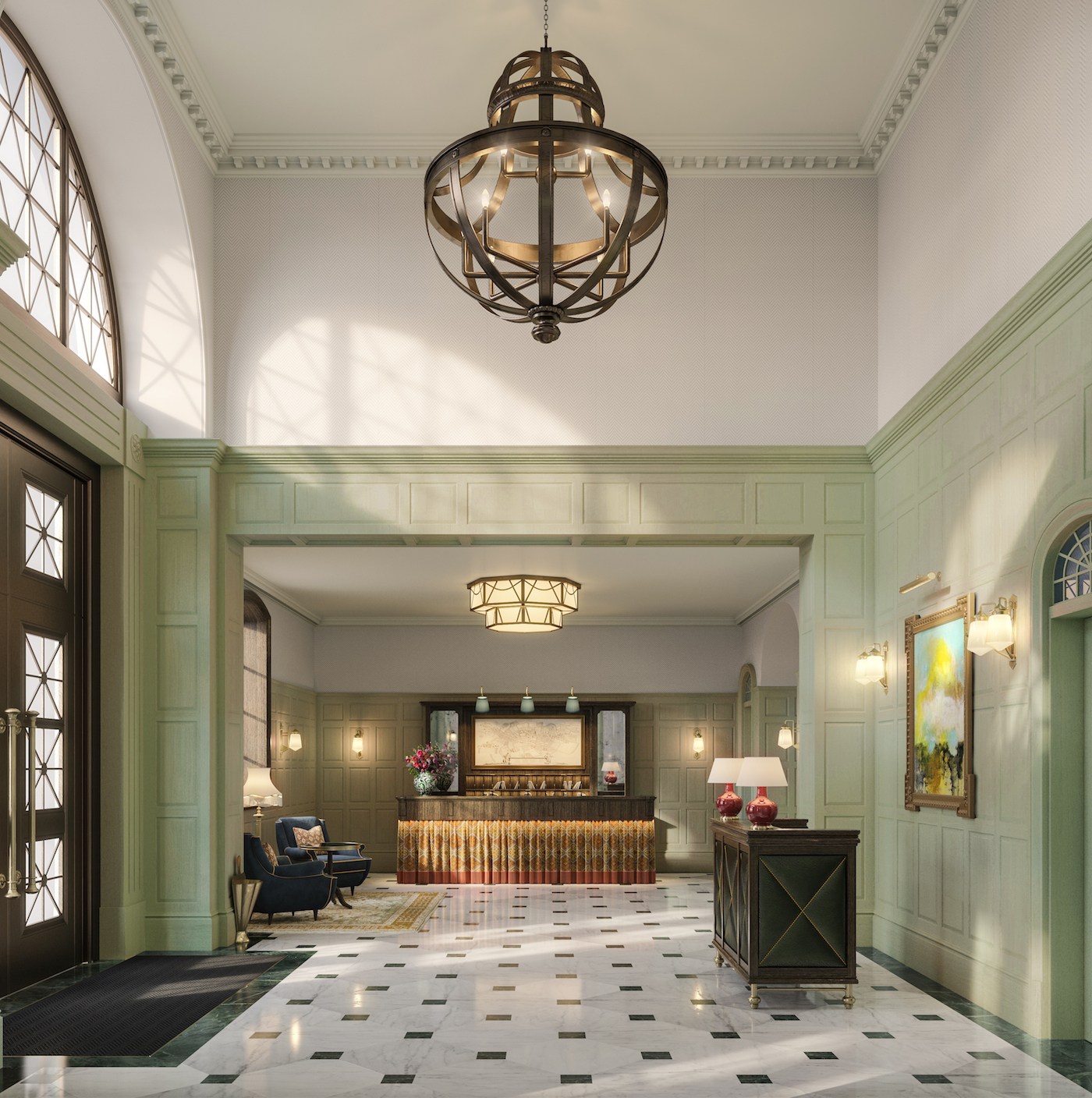 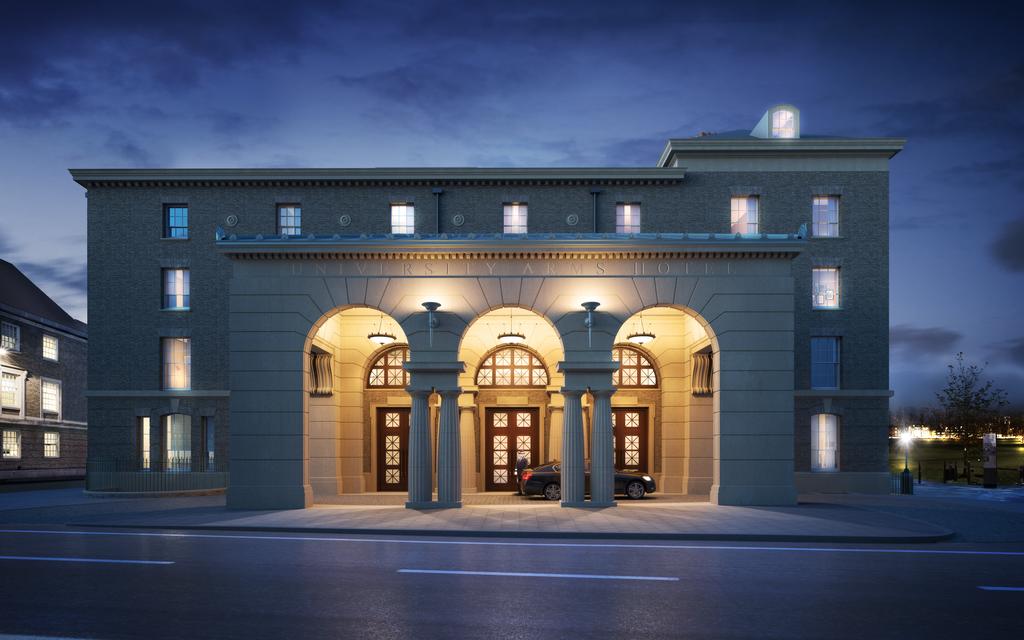 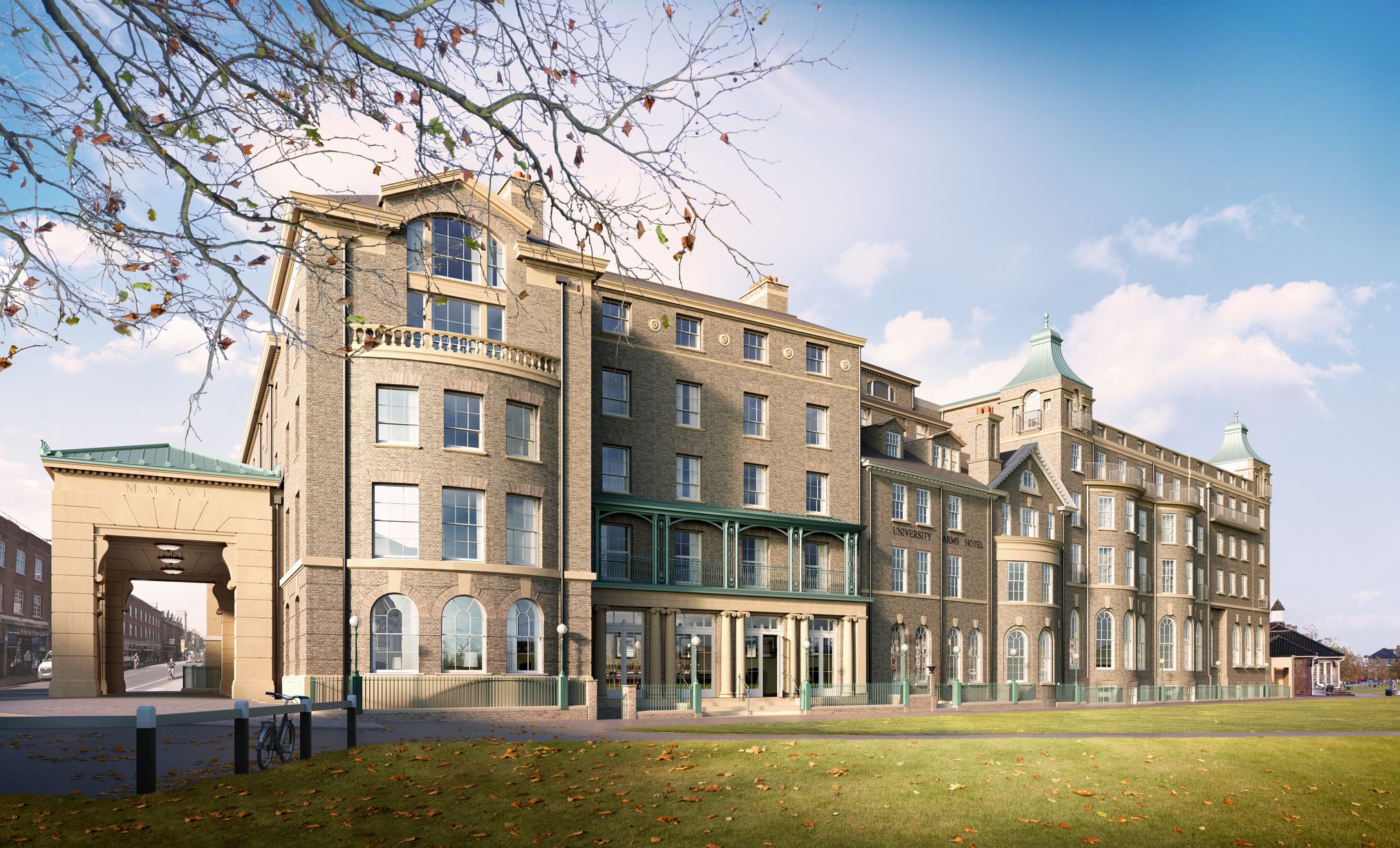 The University Arms is opening its iconic doors following an extensive refurbishment.

A landmark hotel located in the historic heart of Cambridge, The University Arms, Cambridge is one of the city’s most famous properties. Overlooking Parker’s Piece, it originally opened in 1834 as the city’s original hotel and will now relaunch on August 1 2018 after a complete £80m transformation.

Featuring 192 beautiful and ‘playfully’ designed rooms and suites, a destination restaurant, bar, library, event space, underground valet car park and gym, it’s set to offer guests a chic and luxurious experience. Quintessentially English, the literary and academic spirit of Cambridge will be one of its defining characteristics.

The work of a unique collaboration between architect John Simpson and interior designer Martin Brudnizki, Simpson is the nation’s foremost classical architect and has worked on extensive projects in Cambridge, including at Peterhouse and Gonville and Caius Colleges. As well as his acclaimed work on both Buckingham and Kensington Palaces, he has worked most recently on Eton College, the Royal College of Music and the University of Notre Dame.

He has overseen the hotel redevelopment, including the replacement of the building’s 1960s and ‘70s extensions with an attractive, classically designed front that is in-keeping with Cambridge’s better-known architectural heritage. With mission – to restore the hotel to its former glory.

Martin Brudnizki is behind the interiors for the redesign. One of Europe’s foremost leading interior architects (whose past projects include Miami Soho Beach House, Scott’s, The Ivy and most recently the acclaimed Beekman in New York)  the hotel will be his first UK project that showcases his interior style from top to bottom. He’s been mindful to create an environment reminiscent of school days past, lazy afternoons spent on the banks of the River Cam and the raucous revelry of students; truly a space for locals, tourists, Cambridge students and their families alike.