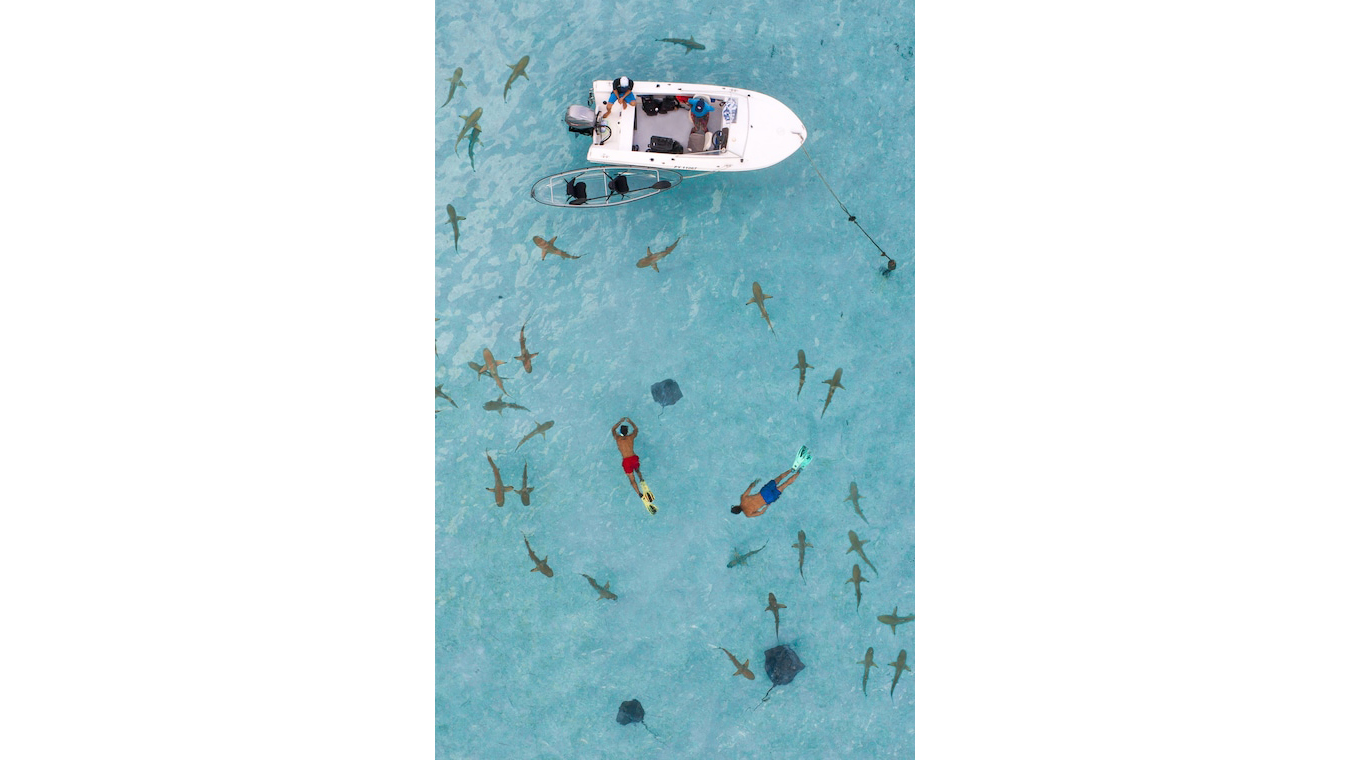 As the founder and CEO of Beautiful Destinations, Jeremy Jauncey gets to travel the world for a living and share it with his vast army of follows. Here he shares a window into his life on the road…

One of the most frequent questions I’m asked is, “How can I travel the world and build a business like you do?” To someone who quickly scans through my photos, it may appear that work and play are the same thing…if only it was that simple! As Founder and CEO of Beautiful Destinations, the creative agency behind the largest travel and lifestyle community on social media, my business trips don’t exactly trap me in a conference room. We create “social first” content campaigns for global brands, governments and charities around the world helping them to tell their story to a mobile, millennial audience.

I originally started Beautiful Destinations as a passion project on Instagram to be the place for travel inspiration, but realised that our ability to create and curate the best content on social media held huge marketing value (according to Facebook, one in every five minutes on a mobile device is spent on Instagram or Facebook). This is when I began to build the business that we are today.

Last autumn, we hosted a campaign in India in partnership with The Luxury Collection and ITC Hotels. During InstaMeets, a group of creators unite to take photos and videos together. Through each of their personal shooting styles, they provide different perspectives of an experience or place to share with the Instagram community. Traveling through the Golden Triangle (New Delhi, Agra and Jaipur), a popular tourist circuit in the country, was an incredible experience. One moment that will stick with me for the rest of my life is when we arrived at the Taj Mahal right before sunrise. We had access before the general public to shoot without any crowds. With a five-minute head start, I sprinted to the monument with the team to get the shots we needed as our hearts pumped through our chests. It was one of those quick moments when you don’t fully realise how special it is until it’s over.

Learning new cultures is so important to me, so I try to take in as much of the local culture as I can when travelling. Participating in a mock Holi festival and a pre-Diwali celebration during the trip not only provided beautiful imagery, but also an immersive way to experience traditions of the country. Shortly after India, the team and I were in Macau, shooting on behalf of the Macau Government Tourism Office. During our activation, we captured content during the Grand Prix, known for being the only street circuit racing event in which both car and motorcycle races are held. This was my first-ever motorsport experience — getting into the pits and up close to the cars and drivers was an insane experience. I even got to sprint on the track!

Another high-adrenaline moment was dropping off Macau Tower, which is the highest commercial bungee jump in the world. My body went numb when my feet left the surface — it was amazing! We captured the entire climb and drop on video for the tourism board. While Macau Tower is commonly known for its entertainment, learning about the Portuguese influence while visiting the UNESCO World sites was an eye-opener for me. I was also fascinated by the destination’s grand hotels, which continue to pop up as tourism rises — there were more than 40 million international visitors to Macau last year. Piggybacking off of this trip, we then travelled to Abu Dhabi and Dubai for partner Starwood Preferred Guest. In true Beautiful Destinations style during our production, we repelled off of the St. Regis Abu Dhabi and raced around the Dubai desert on ATVs then finished the trip racing Lewis Hamilton in F1 car simulators. There’s never a dull moment during our shoots!

Right before the holidays, I travelled to Amanyara Resort in Turks and Caicos. Picture perfect, the resort sits upon a gorgeous yellow sand beach overlooking reefs of the Northwest Point Marine National Park. Discovering that a destination is just as stunning in person as photographs gets me very excited about visiting a new place. While I don’t consider myself a strong photographer, I try to capture imagery to create that same feeling among my followers. And for those who aren’t able to travel, social media has made it possible for people to see and experience things they never would have otherwise in their lifetime. With more than 13.5 million followers across all Beautiful Destinations media channels, it’s very humbling and rewarding that I have an opportunity to be a part of millions of people’s lives everyday through their mobile devices.

Over the holidays, by brother, my mum and I travelled to French Polynesia for a shoot on behalf of partner Hilton Hotels & Resorts. More than 100 islands make up French Polynesia, located halfway between California and Australia in some of the most electric blue water I’ve ever seen. My favourite experience was exploring the famous lagoons filled with spectacular marine life and laughing at my brother as he freaked out over the harmless sharks surrounding him. They were black tipped reef sharks and don’t bite you, but he was petrified! Before we headed home, we visited Bali, an island of Indonesia. The rice terraces (paddies) we found throughout Ubud were completely breath-taking.

My first trip of 2017 switched gears to freezing temperatures as we chased the Northern Lights in Lapland, Finland. I packed all the thermals, snow boots and gear that I could fit into my bag in preparation for our stay at Kakslauttanen Arctic Resort. There’s been a handful of times in my life that through Beautiful Destinations I’ve been lucky enough to see the most spectacular wonders of the world, but watching the Aurora Borealis dancing over a jet black sky is now at the top of the list. The memory of hiking up the mountains of the Urho Kekkonen National Park in search of the Northern Lights until 4 a.m., when they suddenly appeared, will always stay with me. Another highlight of the trip was when our alpha male husky Kikka and his friends ushered us on an Arctic safari through the beautiful, snow-filled countryside. Growing up on a farm in Scotland, I saw snow every year, but I don’t think I knew what cold was until this trip!

Currently, I’m back home in New York City for a bit; however, I’m looking forward to a trip to Asia in the near future. We’re expanding our footprint there with an office recently opening in the Philippines. Besides that, the rest of my travels are up in the air for now, but you can follow @jeremyjauncey on Instagram to keep up with all of my @beautifuldestinations adventures!