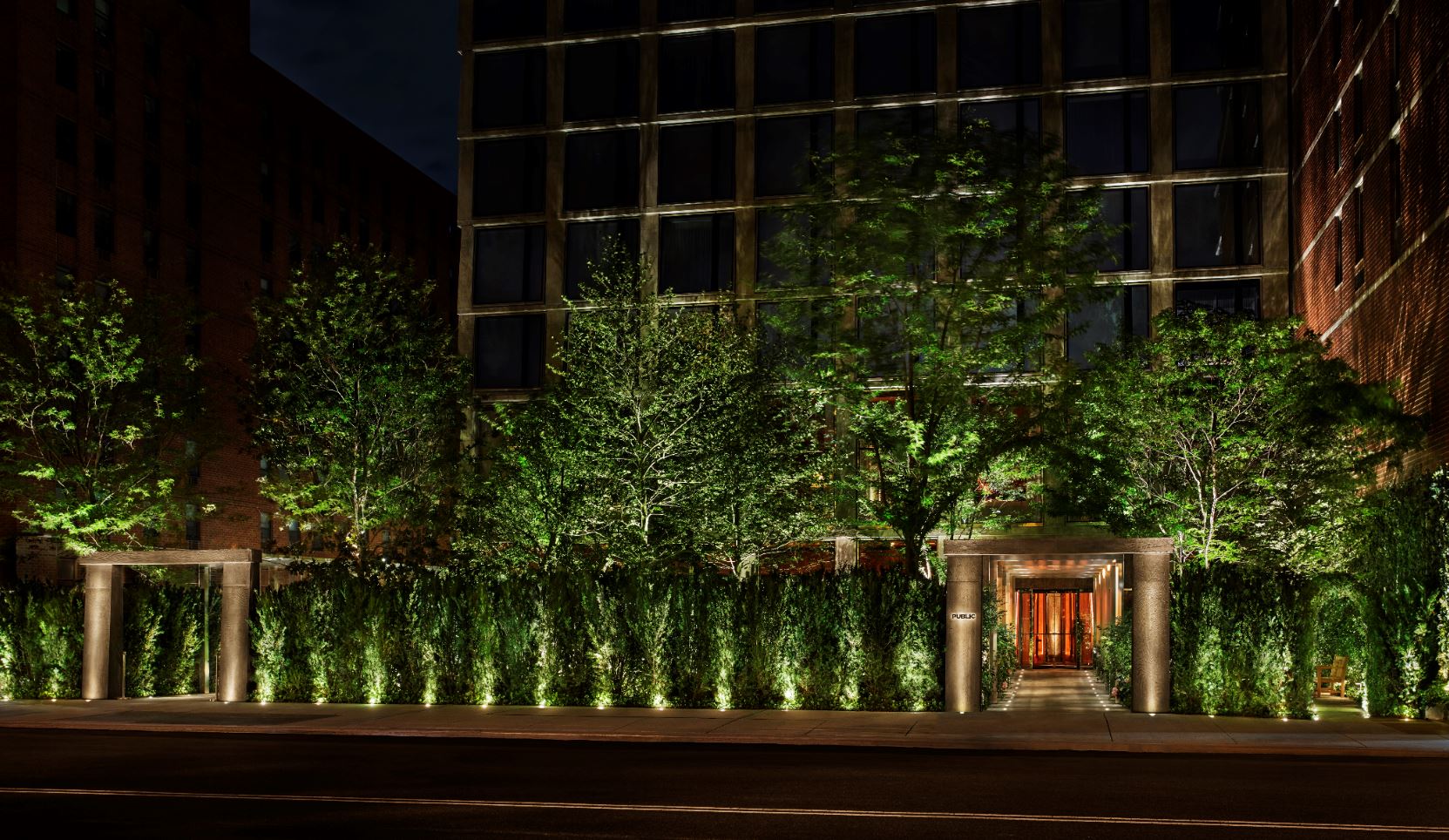 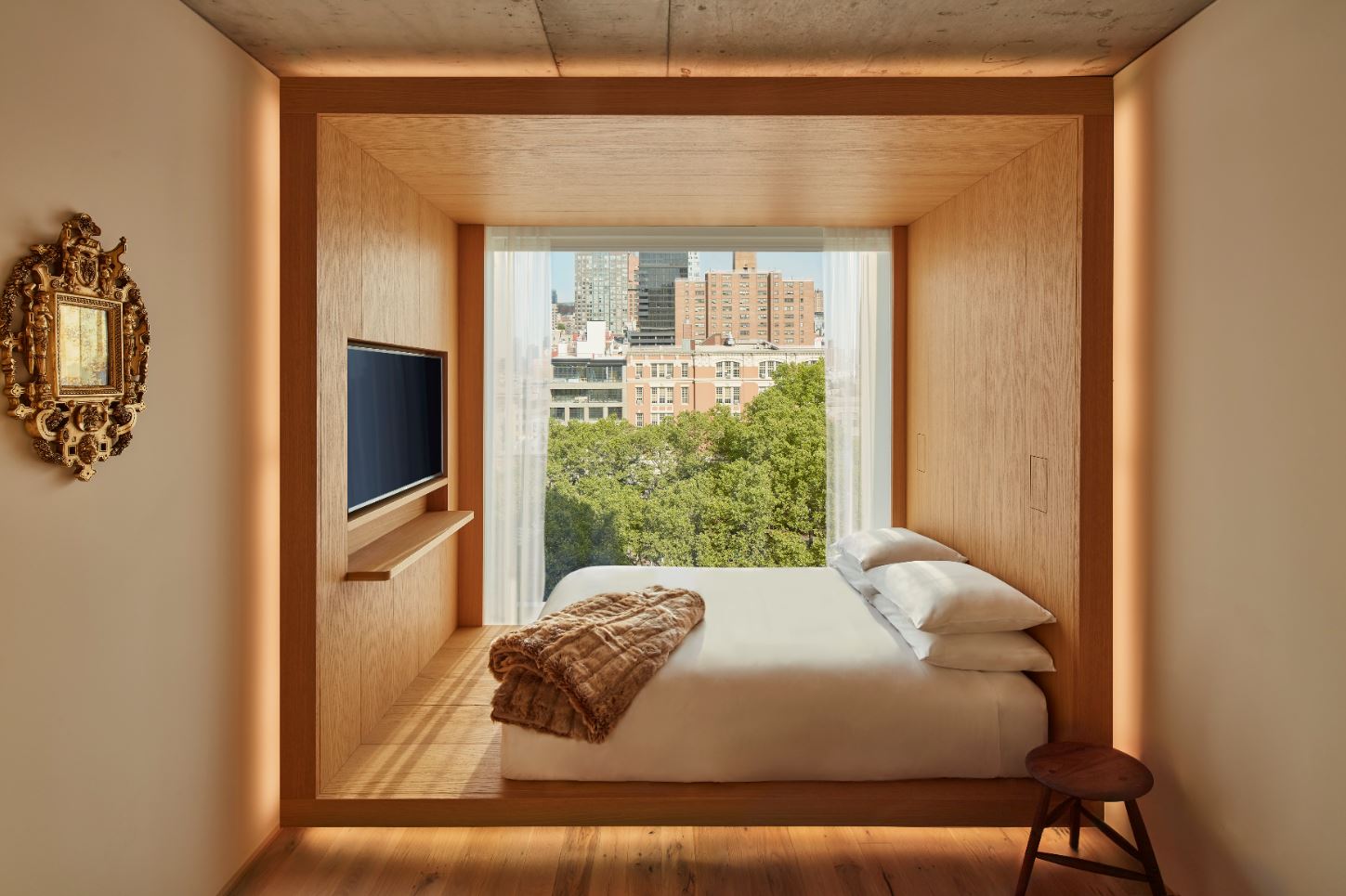 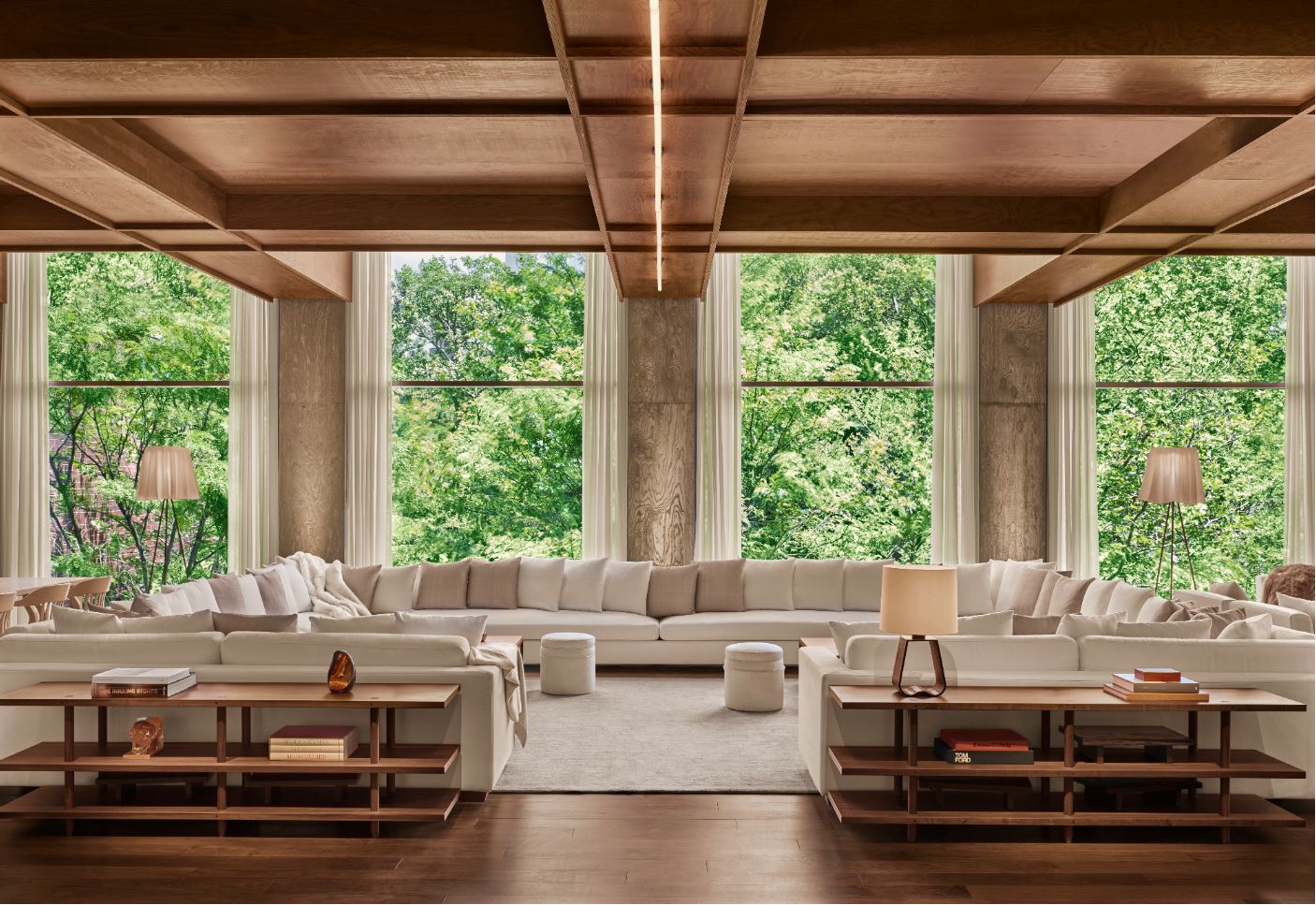 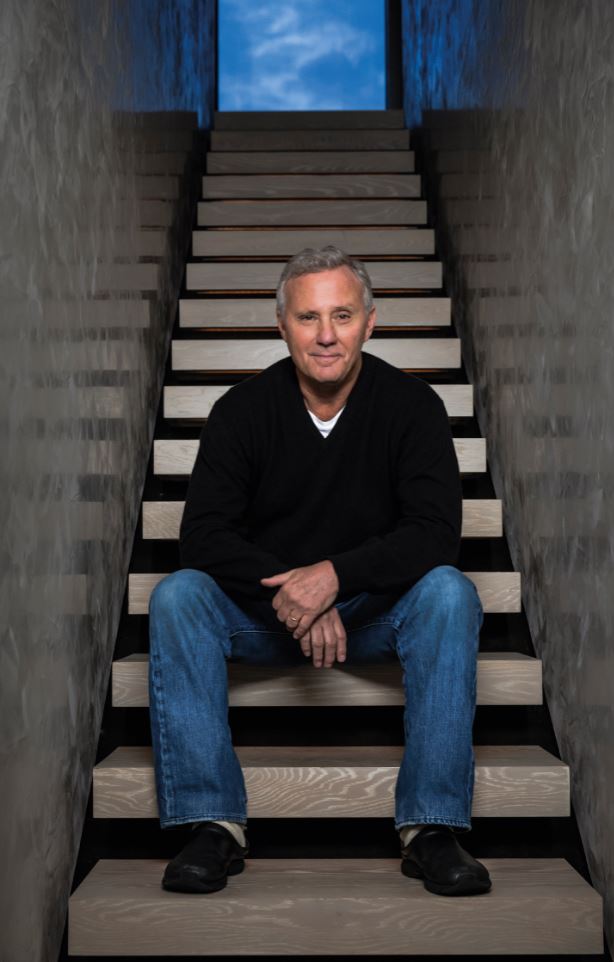 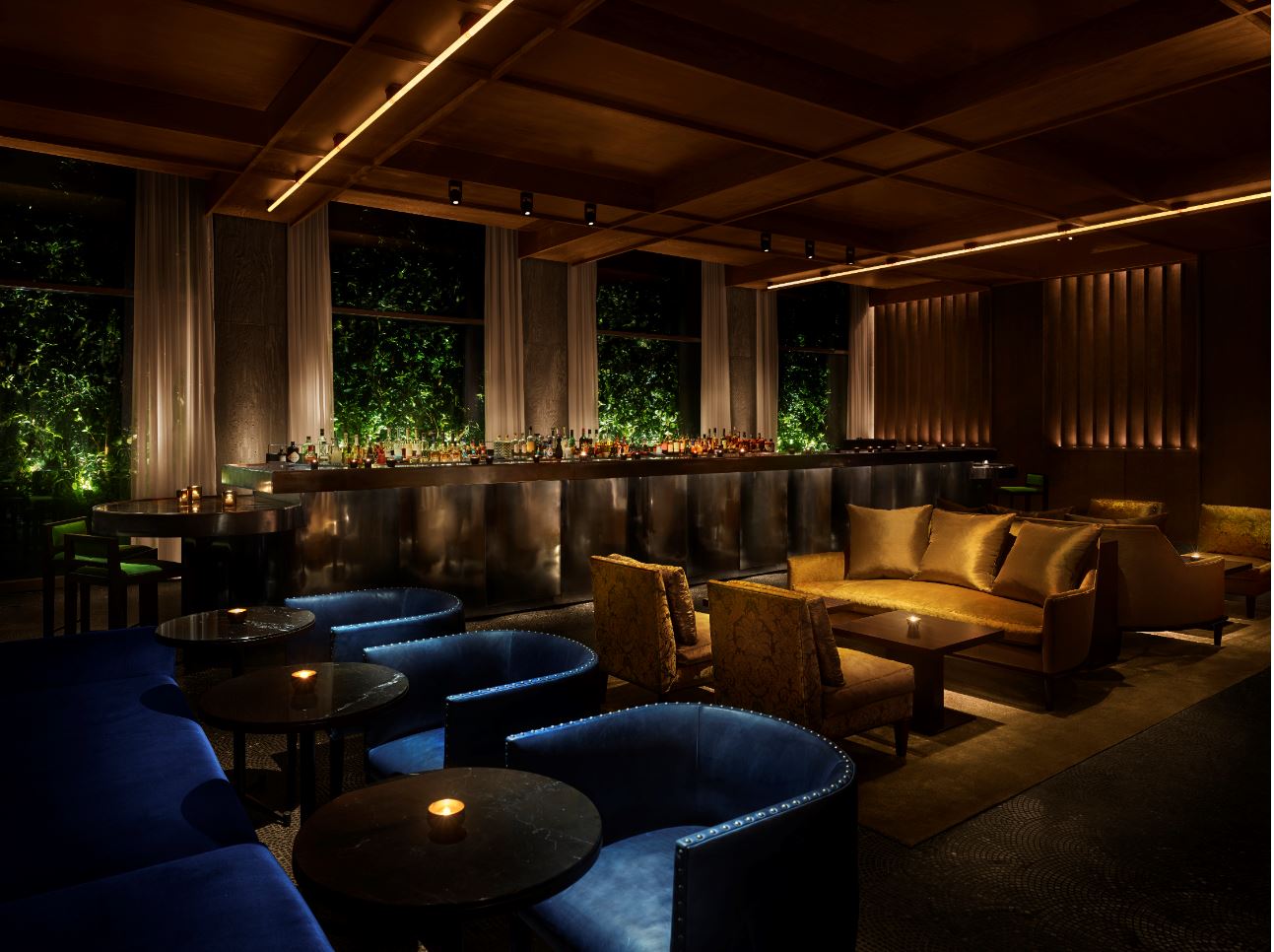 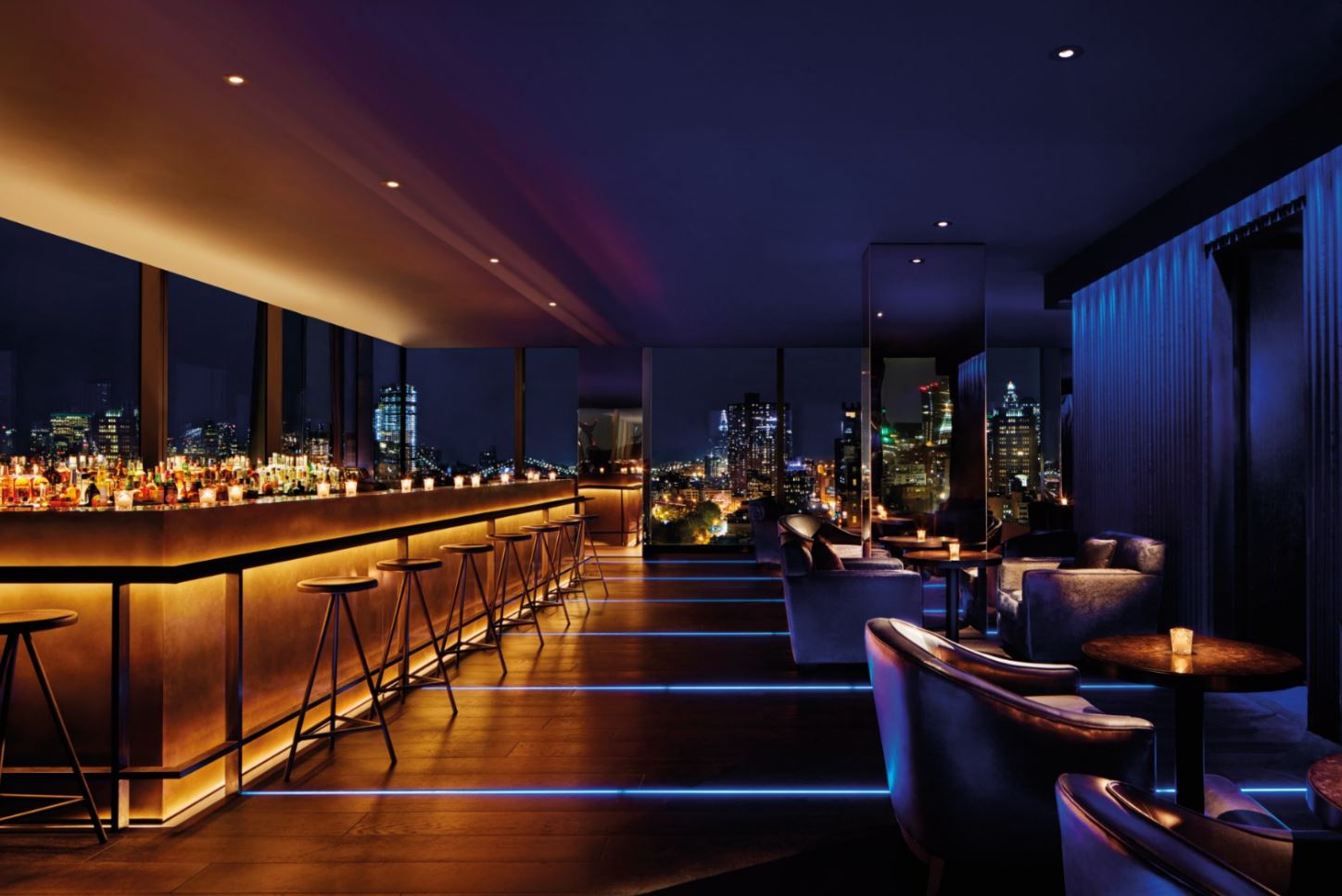 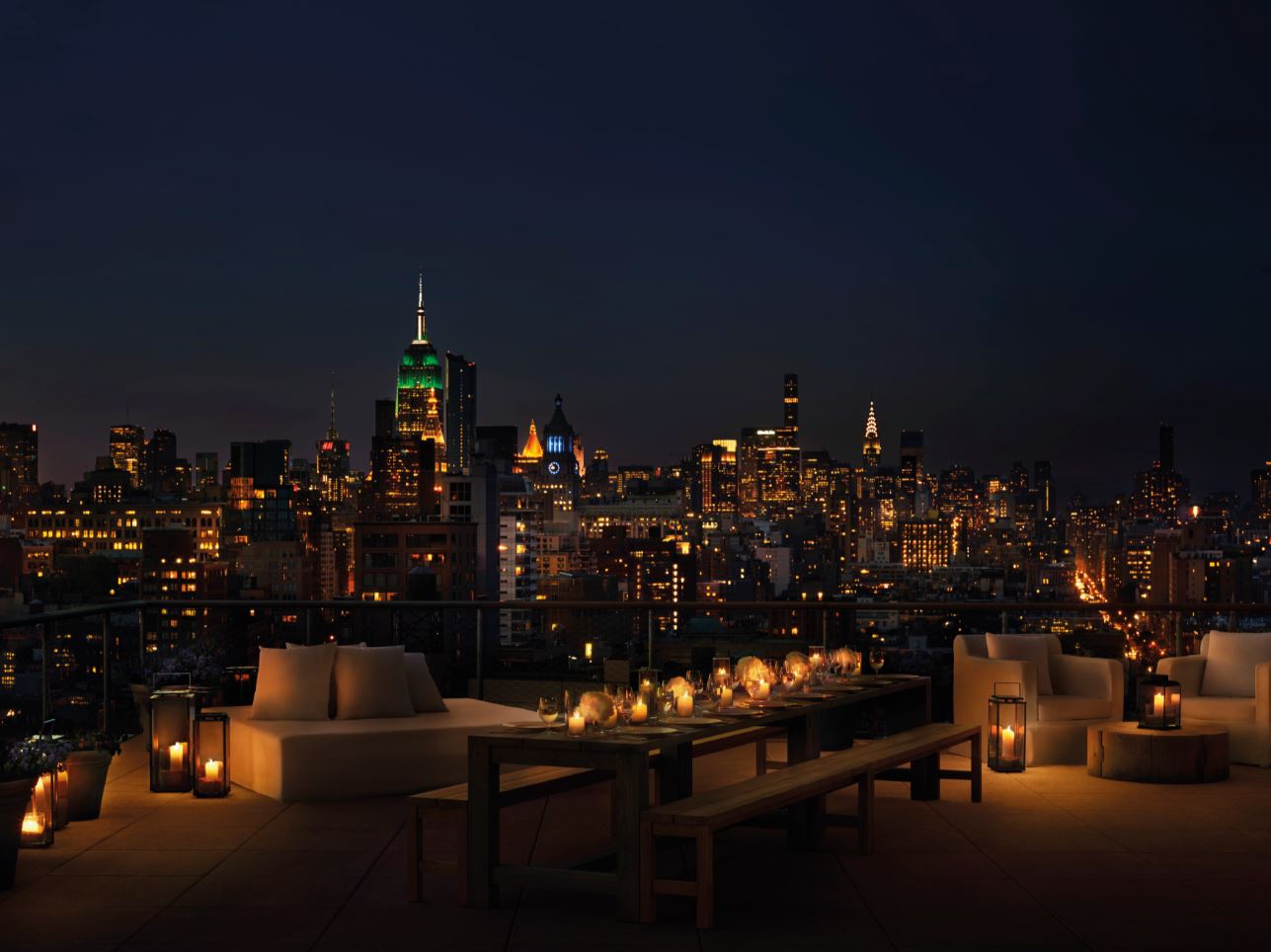 The Next Edition | Ian Schrager

Since the 70’s, entrepreneur Ian Schrager, Founder and Chairman of Ian Schrager Company, has achieved international recognition for concepts that have revolutionized the entertainment, residential and hospitality industries. With the EDITION Hotels having taken the world by storm, there is a new project underway in the form of PUBLIC. FOUR finds out more…

For nearly 40 years, Ian Schrager’s passionate commitment to the modern lifestyle has been expressed through a series of pioneering hotel concepts: The hotel as home away from home, the hotel as theater, “cheap chic”, “lobby socializing”, the indoor/outdoor lobby, the urban resort, and the urban spa.

His keen instincts for the mood and feel of popular culture were honed during the 70’s and 80’s, when he and his late business partner, Steve Rubell, created the legendary Studio 54 and Palladium nightclubs. They soon turned their attention to the hotel business opening Morgans Hotel in 1984, introducing the concept of the “boutique hotel” to the world. Following this were the equally well received and highly successful Royalton Hotel and Paramount Hotel, in which Schrager again broke with industry convention by introducing “lobby socializing”, where the hotel lobby became a new kind of gathering place for guests and New York City residents alike, and “cheap chic”, where affordable luxury was offered in a stylish and sophisticated environment.

Schrager also received international recognition and acclaim for his one-of-a-kind “urban resorts” – the Delano Hotel in Miami and Mondrian Hotel in West Hollywood. This was followed by the Hudson Hotel in New York, where Schrager realized his “hotel as lifestyle”, and continued to refine his concept of “cheap chic”, as well as expanding to cities such as San Francisco with the Clift Hotel and London with St. Martins Lane Hotel and the Sanderson Hotel.

In 2005, Schrager sold Morgans Hotel Group, a company he founded, to create Ian Schrager Company, which owns, develops and manages hotels, residential and mixed-use projects. Since then, he has transformed the fabled Gramercy Park Hotel in New York City and created two ground-breaking residential properties, 40 Bond and 50 Gramercy Park North.

EDITION Hotels, Ian Schrager’s partnership with Marriott International, marked the next chapter in the lifestyle hotel story. This brand combines the personal, intimate, individualized and unique lodging experience that Ian Schrager is known for with the global reach, operational expertise and scale of Marriott. This delicate balancing act encompasses not only great design and true innovation, but also personal, friendly, modern service and outstanding, one-of-a-kind food, beverage and entertainment offerings, all “under one roof”.

But times change. People change. Culture changes. Luxury as we once knew it has changed. Hotels have not. A new way of living requires a new kind of hotel. There has not been a new idea in the lifestyle hotel space since Ian Schrager’s Morgans, Royalton and Paramount hotels over 25 years ago. Every hotel since then has been derivative of those. The time is right, in this new milieu, for a disruption in hospitality, as there clearly is a dislocation in the market. It is the same type of dislocation and void that led Schrager to conceptualize Morgans back in 1982, which created a cultural revolution and changed the industry.

“I wanted to create a hotel for my generation, not my parents’, and one that reflected my tastes and sensibilities as well as popular culture at the time. I was responding to cultural shifts that were emerging. I see the exact same opportunity now. That is the reason for PUBLIC,” says Schrager.

PUBLIC, is a new genre of hotel offering great value, great service and great style that will set a new industry standard. Ian Schrager has taken the best from the luxury set, the best from the boutique/lifestyle set and the best from select service and created a new breed of hotel where everything has been rethought and every original idea updated. Located at 215 Chrystie Street, Public New York launched in June 2017 with its fundamental premise of luxury for all.

Tell me a little bit about your background and your upbringing.

I was born in the Bronx, which you could say is a provincial borough of New York City and I moved to Brooklyn when I was in the 5th grade. We were a lower middle-class family. I had a brother, sister, mother and father; we were a very close-knit family. I had a typical upbringing and we were all very close. We were ambitious and aspirational – my parents wanted me to have more and be better than what they had.

You were the inner workings of Studio 54. Share a little bit about that and how the city has changed.

It’s very hard to characterize a partnership. There were areas of influence but they weren’t mutually exclusive. Steve was more of an outgoing extrovert and I was shyer and more of an introvert; but we didn’t really fit into that box of “one person was inside and one person was outside”. I enjoyed creating, conceptualizing and putting the whole plate together and Steve enjoyed dealing with the people. We both made a contribution and those areas weren’t exclusive. They were overlapping responsibilities; I think it worked very effectively. Steve and I were fifty-fifty partners and you’re not going to give up half of the profits to someone who doesn’t make a major contribution.

It’s funny, I often think we were more successful together but even if we were apart each one of us would have made a success.

Why hotels, what appealed to you about hospitality?

Even though on the surface nightclubs don’t look like hotels, they are in the same business. They’re both in the hospitality business; they’re both trying to look after their guests; they’re both trying to make sure their guests have a good time and are enjoying themselves. To that extent, they are the same kind of business. One is a bit more civilized – hotels being more civilized – but hotels, restaurants and nightclubs all have the same goal of looking after your customers, so I think hotels were a logical progression.

What is luxury today in your opinion?

Luxury is very different to the way it was in previous years and I think that’s rightly so. It should change; everything changes. Cars change, fashion changes, telephones, airplanes, and kitchen appliances – everything changes! Luxury has also changed. What has basically happened is that the wealth is now scarcer than it once was. Luxury is no longer defined by how much something costs or a business classification; it is defined by how it makes you feel. Does it lift your spirits? Does it make you feel good? It’s just a different criterion than the one left over bygone era. My parents might have based their idea of luxury on financial exclusivity or maybe some kind of financial snobbery; I think that is irrelevant today. All people care about is having an elevated experience and being treated nicely.

What makes PUBLIC so different and unique in your mind?

I think it is visually incredibly sophisticated; it is a new kind of look and a very special kind of visual stimulation.

More importantly, it is an anomaly; an oxymoron. It is true luxury but at a great price. Those two things are not joined together very often but I think if you can pull that off, it’s a really unique experience.

The realization that luxury only depends upon how you feel and whether or not you are receiving an elevated experience is key. We’re able to provide the same luxury service and same luxury experience that you might find somewhere else at ten times the price. It’s not something dumbed down to the lowest common denominator either, PUBLIC is something that is appealing to people not looking for a bargain but who just want to get good value for their money. It’s luxury that’s accessible to everybody. It’s a modern idea. It’s a new thing. I think it’s good for people and it’s good for society because it is a peoples’ hotel. That’s what makes it different to anything else out there.

What does it mean to have a People’s Hotel to you?

Anybody and everybody who wants to stay there can. It’s not restricted by an arbitrary price. If you like it and it appeals to your sensibility, you have the opportunity of staying there. It’s like taking luxury and making it democratic. It’s a really important idea. It’s the opposite of elitist, but it’s still just as sophisticated. It’s making it accessible to everybody and anybody who wants it.

It’s an opportunity for people to enjoy the same thing that only rich people previously could enjoy. It’s the same kind of contribution Andy Warhol made with art when he took the pretention out of it, and he made it available to everybody. Everybody could understand it.

25 years of hotel life, what does that mean to you?

What does it take for a hotel to have that right energy?

I think it is important that a hotel manifests the place and the time that it is in. You don’t want to be dated, classified or put in a box. If you are going to do a hotel in China, you want it to feel like it is a hotel in China. The culture and the people in the hotel should capture the spirit of the times.

The hotel is supposed to manifest the location it is in, the people in and around that location and the time it is. It should manifest the social habits and be a microcosm of the best of what the city has to offer. When you are able to tap into that local zeitgeist, that is where the energy comes from. When people visit a place, they don’t want to leave it behind when they go into the hotel; they want that experience to continue. You need to keep that spirit when you go into the hotel. That is where the energy comes from.

Tell me about you and your own growth through this process.

My career has been incredibly gratifying. I’ve had a charmed career. I’ve never done something that hasn’t been successful; I consider myself a really lucky person. I like to be thought about as a person done something special, changed things and improved things. I didn’t want to be just a person with money; I wanted to do something much more than that and to give something back. I have my family, which I love and I have a career that I love.

Favorite hotels and places in the world and why?

My favorite places in the world are New York, Paris, Shanghai and Beijing. I like the 24-hour, international, gateway cities. They are energized by culture. I am incredibly curious and I find those places a never-ending source of stimulation. My favorite hotel will come as a surprise, but I like Claridges in London. It’s a confident place and the service is so exceptional. I like the Okura in Japan; I think it is very smart. I like the Bel Air in Los Angeles because I think it is the quintessential California hotel with its rolling grounds, swans and lakes.

With so many hotel players in the market now, what do you think is going to happen?

I don’t think it matters to me what the economic cycle is or how many hotels are in the market. There is always room for something that is really distinct and unique. There is always an opportunity to do a great hotel – no matter what city it’s in, no matter where it’s located, no matter how many hotels there are in that city – provided you do something more special than everything else. That’s what I’ve always tried to do.