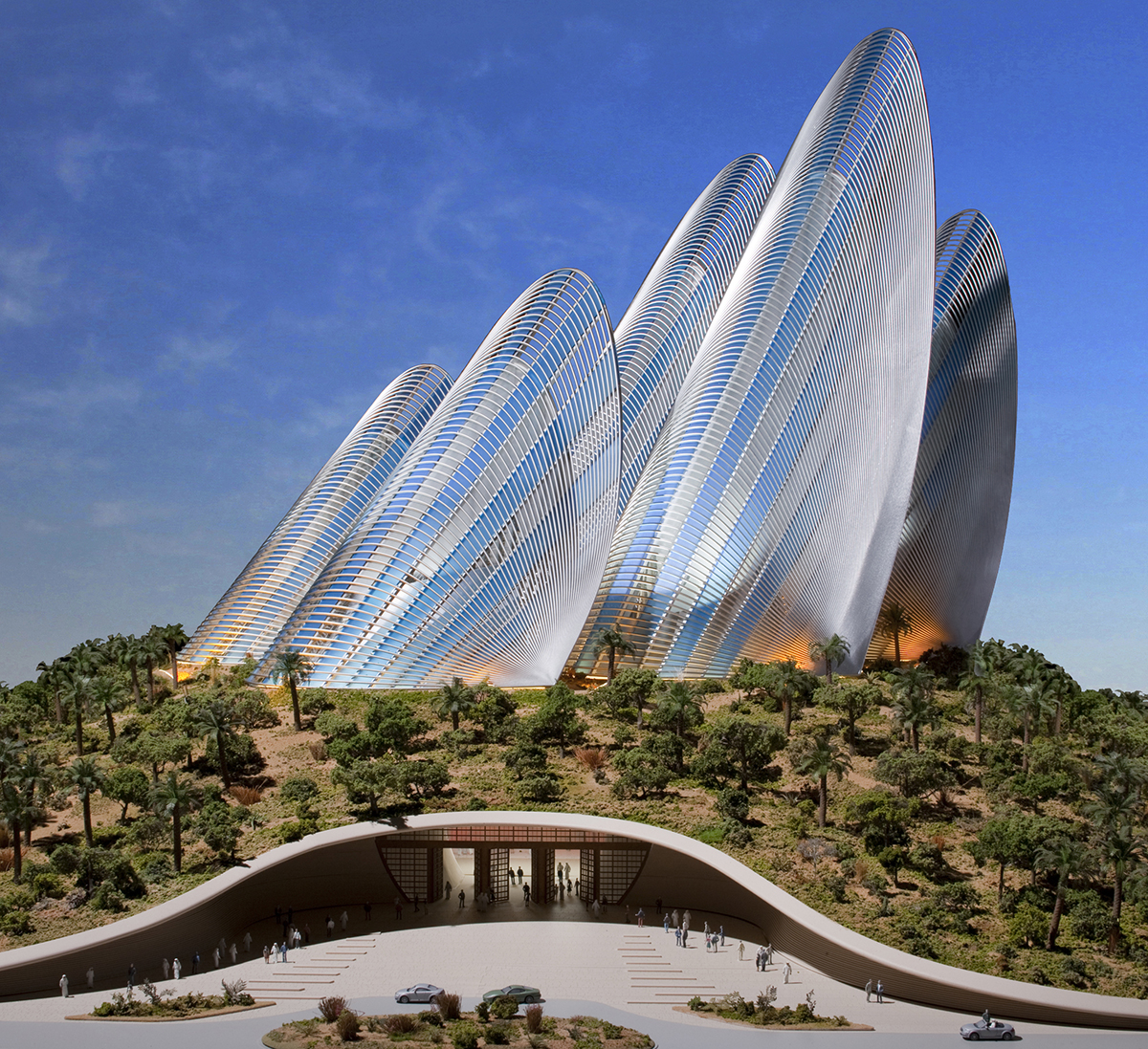 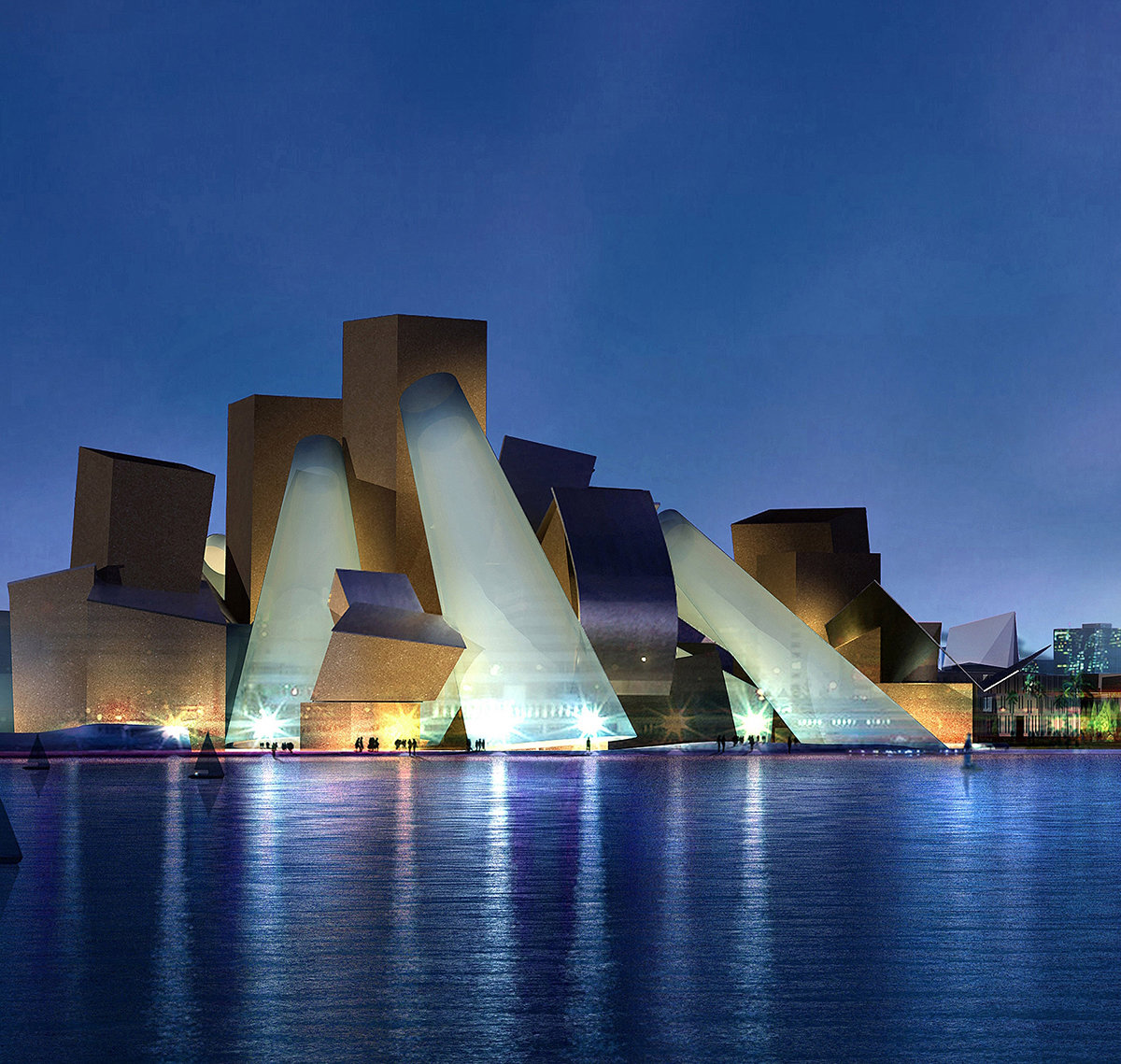 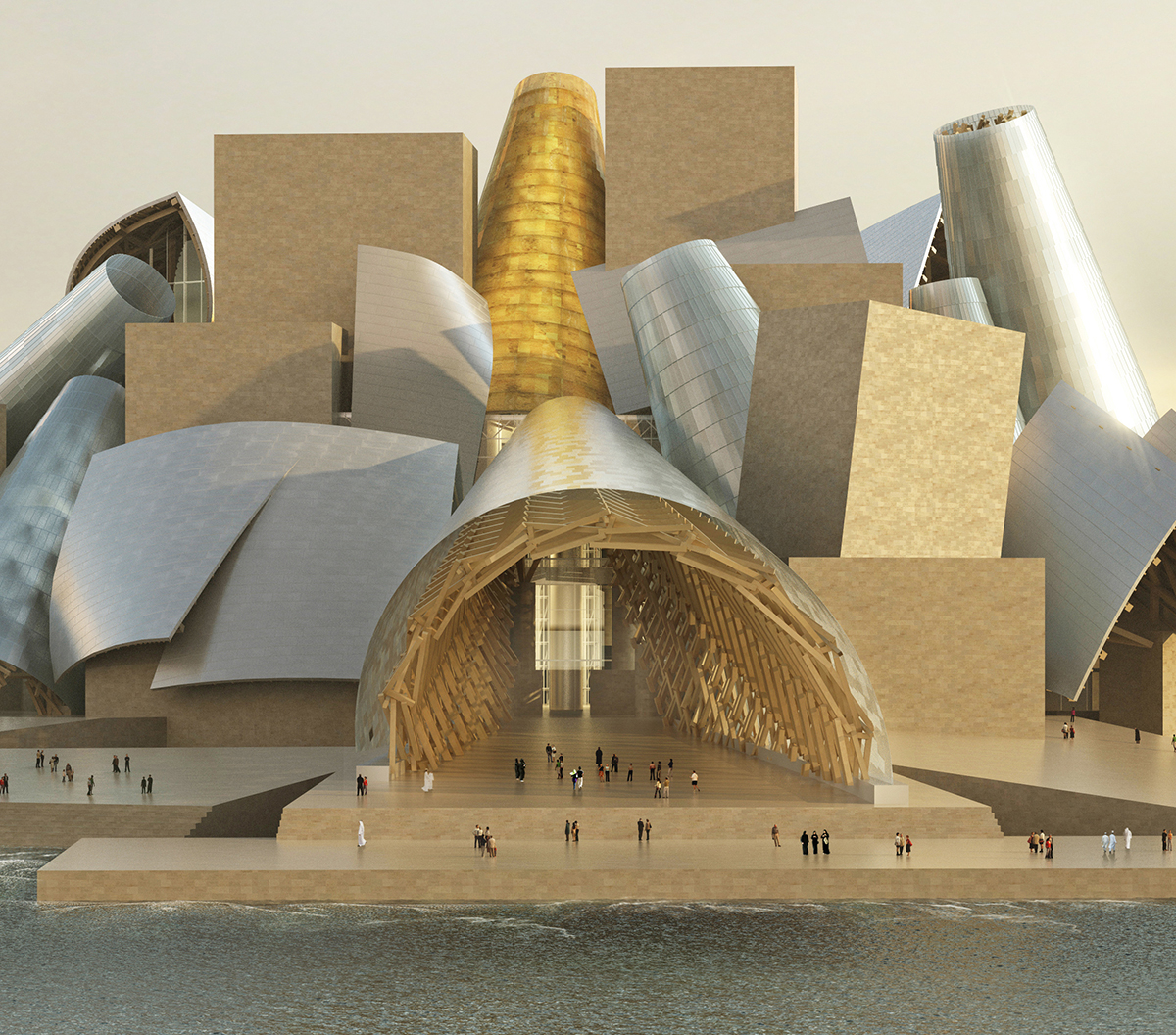 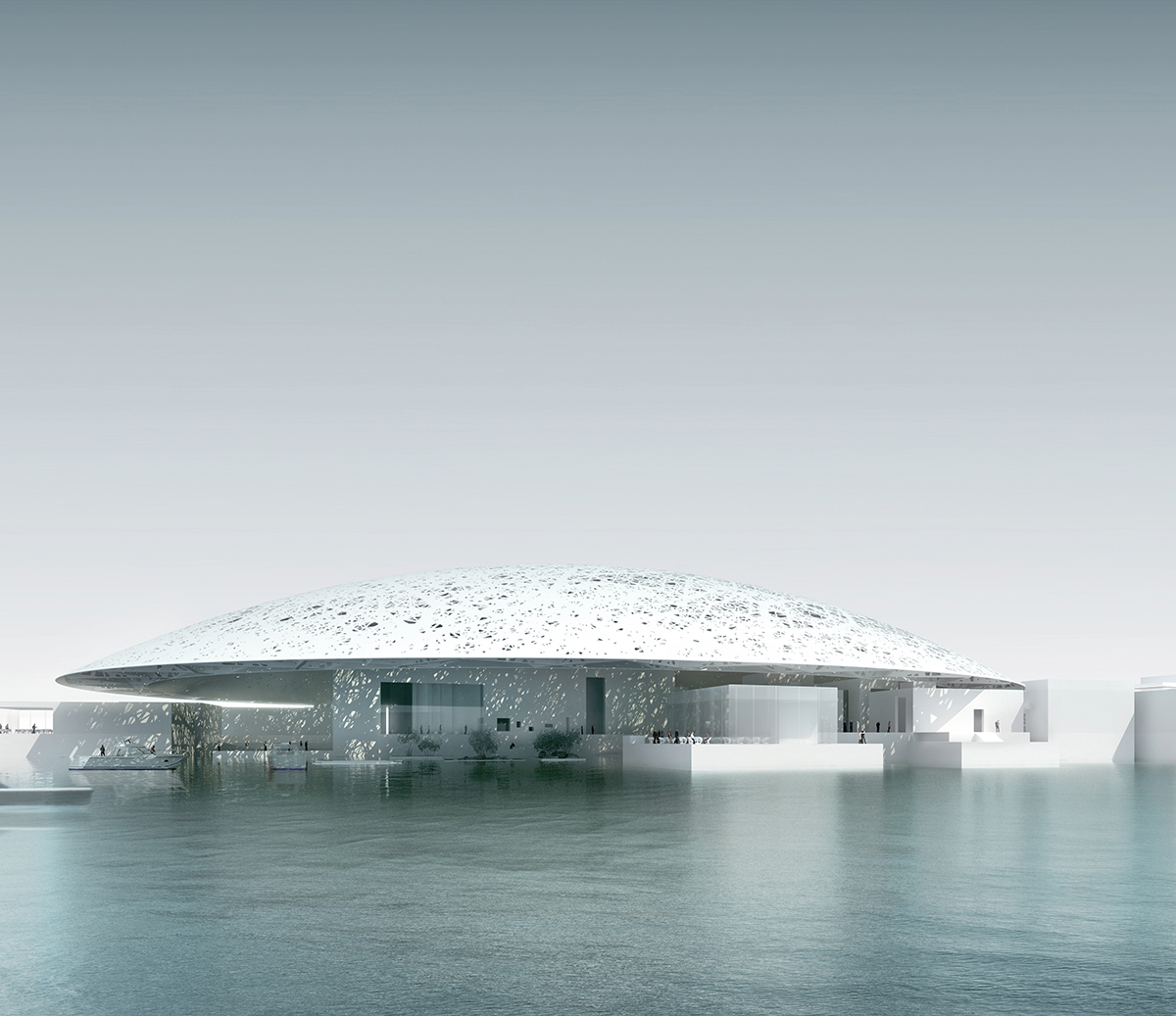 The future of cultural architecture

Abu Dhabi is experiencing a cultural revolution with the development of the city’s new Saadiyat cultural district. FOUR looks at the architecture of phase one, including Guggenheim Abu Dhabi and Zayad National Museum. Crafted by the world’s brightest architectural minds, Saadiyat Cultural District will place Abu Dhabi firmly on the cultural map…

Designed by Pritzker Prize winning architect Lord Norman Foster, Zayed National Museum is at the heart of the Saadiyat Cultural District and a real celebration of the UAE. The centrepiece of the island, the museum forms a monument and memorial to the late Sheikh Zayed bin Sultan Al Nahyan, the founding president of the UAE.

Foster + Partners’ brief was to tell the story of the region’s history and the unification of the UAE through the life of Sheikh Zayed bin Sultan Al Nahyan.

Elevated above the rest of the Cultural District, Zayed National Museum’s distinctive towers have been designed as a symbol of the rich cultural heritage of the UAE. The building is designed to minimise energy usage by incorporating natural ventilation and lighting in the five towers, and using photovoltaic panels and heat exchange technologies.

Foster + Partners, also responsible for Kuwait International Airport, HSBC Building, Hong Kong and 30 St Mary Axe, London—commonly known as the Gherkin— say their aim was, “to combine a highly efficient, contemporary form with elements of traditional Arabic design and hospitality, to create a museum that is sustainable, welcoming and culturally of its place.”

The museum has been designed with eight core galleries, including: Sheikh Zayed:Life and Times, tracing the life story of Sheikh Zayed and his unification of the UAE; The Falconry and Conservation Gallery; The Sheikh Zayed Library; The Land and Water Gallery; The People and Heritage Gallery; The History and Society Gallery; The Science and Learning Galleryand The Faith and Islam Gallery.

Sprawled across 64,000sqm, the focus of Louvre Abu Dhabi is the structure’s giant ‘floating dome’, inspired by interlaced date palm leaves that were traditionally used as a roofing material, which results in an enchanting rain of light pouring through the leaves into the building. The design style has taken the look of a floating city, made up of a series of plazas, canals, alleyways and pavilions.

The roof’s complex pattern is the result of the same geometric design repeated at various sizes and angles in ten different layers, five external and five internal. While it looks delicate and lacy, the dome is actually incredibly heavy and the size of five football pitches.

Paris-based architect Jean Nouvel, whose career spans five decades, designed Louvre Abu Dhabi and is also responsible for The Red Sun Pavilion at the Serpentine Gallery, London, the Port, Vigo, the Performing Arts Center, Seoul and the Ferrari Factory, Modena among many other of the world’s most significant contemporary structures.

In January 2013, the construction contract, valued at an eye watering AED2.4b, was awarded to Dubai-based Arabtec Construction, who are leading the project with Spanish-based Constructora San José SA and Oger Abu Dhabi LLC, following a competitive tendering process.

Described by the museum as an “unprecedented alliance between the United Arab Emirates and France,” based on a relationship between Musée du Louvre, Paris and Louvre Abu Dhabi. Cementing the relationship, each nation’s government signed an intergovernmental agreement in 2007.

The museum will become home to major objects from the fields of archaeology, fine arts and decorative arts from across the globe and marking all periods of history. French museums, such as the Louvre, Versailles, the Bibliothèque Nationale de France, Centre Pompidou and Musée d’Orsay, will loan their works to Louvre Abu Dhabi for the first ten years. Last year the Louvre Abu Dhabi began its acquisitions process, collecting photography works by George Wilson Bridges, Joseph-Philibert Girault de Prangey and Roger Fenton, as well as sculptures by world-renowned artists.

When Guggenheim Abu Dhabi is complete in 2017, it will become the largest Guggenheim museum in the world and a building sure to divide opinion. It was developed in collaboration with theSolomon R. Guggenheim Foundation, which, since its beginning in 1937, has promoted the understanding and appreciation of art— primarily of the modern and contemporary periods.

The landmark structure housing the Guggenheim Abu Dhabi was designed by world-renowned architect Frank Gehry, who describes his composition of the building as “intentionally ‘messy’, moving into clarity.”

Open to the elements, the Guggenheim’s cones recall the region’s ancient wind-towers, which both ventilate and shade the museum’s exterior courtyards in a fitting blend of Arabian tradition and modern, sustainable design.

Demonstrating a style of architecture that is synonymous throughout the world, Frank Gehry is also responsible for Walt Disney Concert Hall, California; The Dancing House, Prague and Guggenheim Museum, Bilbao. At 84-years-old Gehry is one of the world’s greatest living architects.

Once complete, the 450,000sqft museum will have a particular focus on Middle Eastern contemporary art, housing art, exhibitions and educational programmes and works shared from the Guggenheim Foundation’s extensive collection. 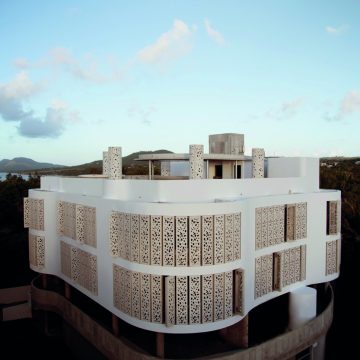