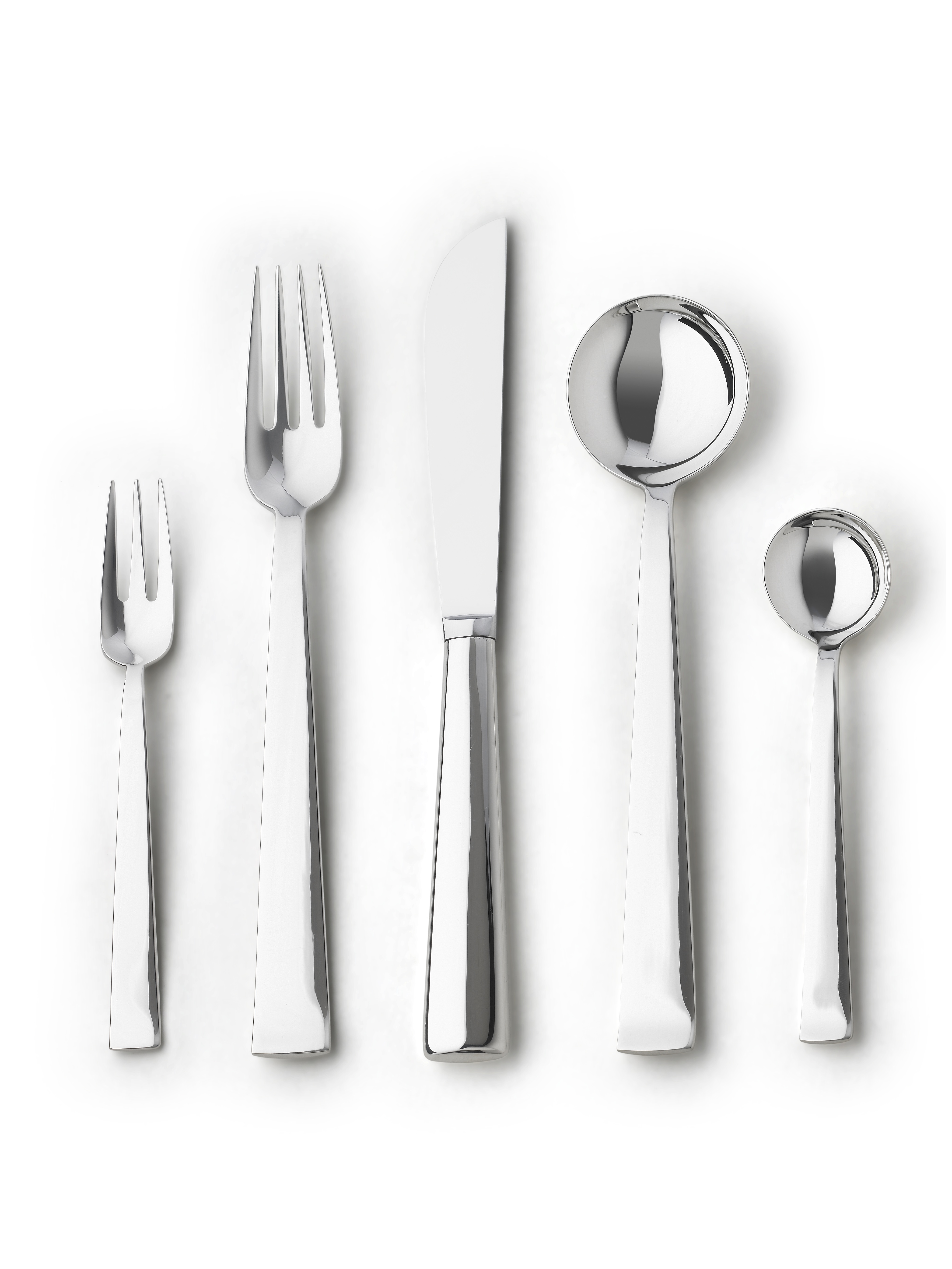 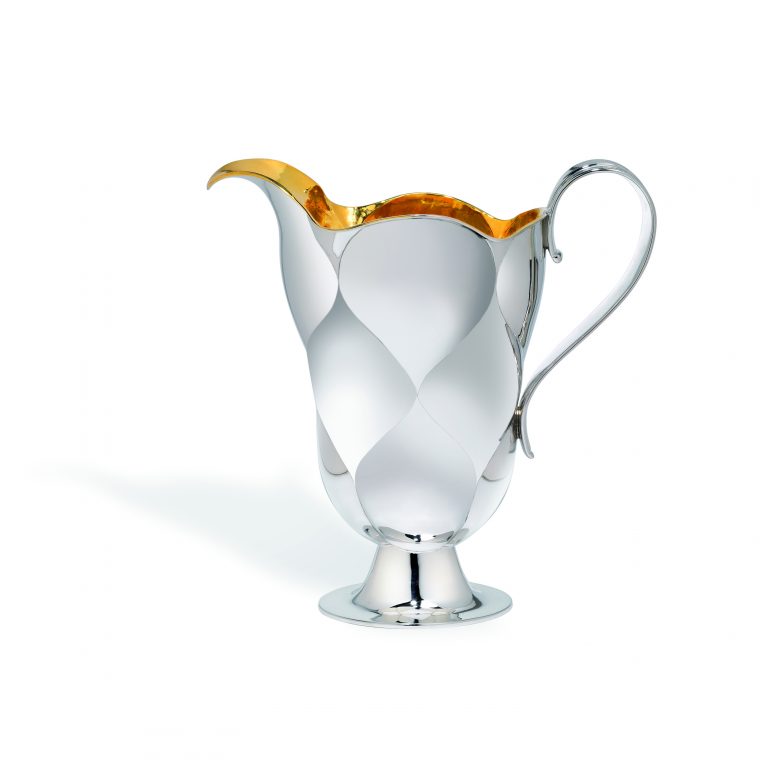 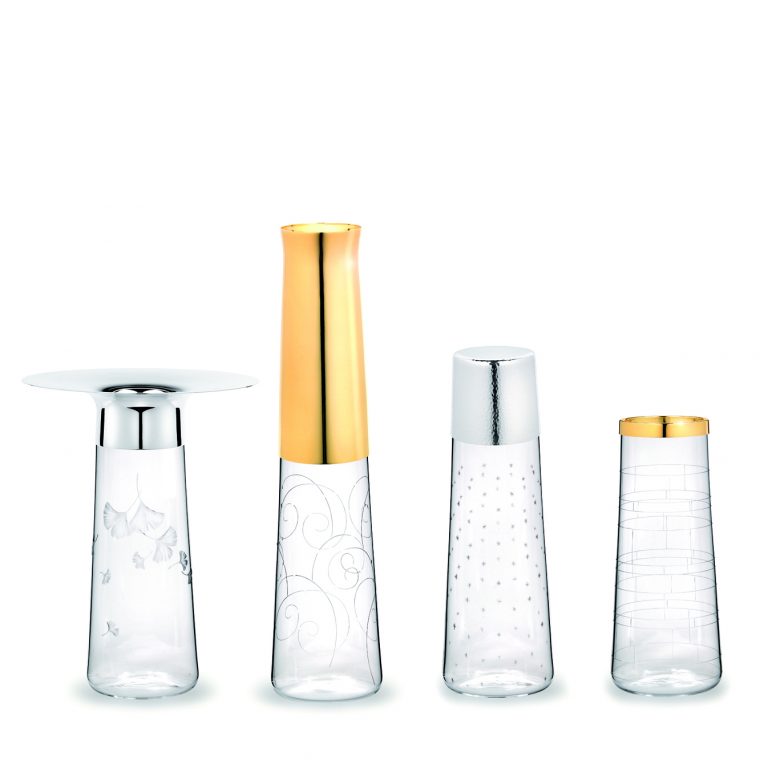 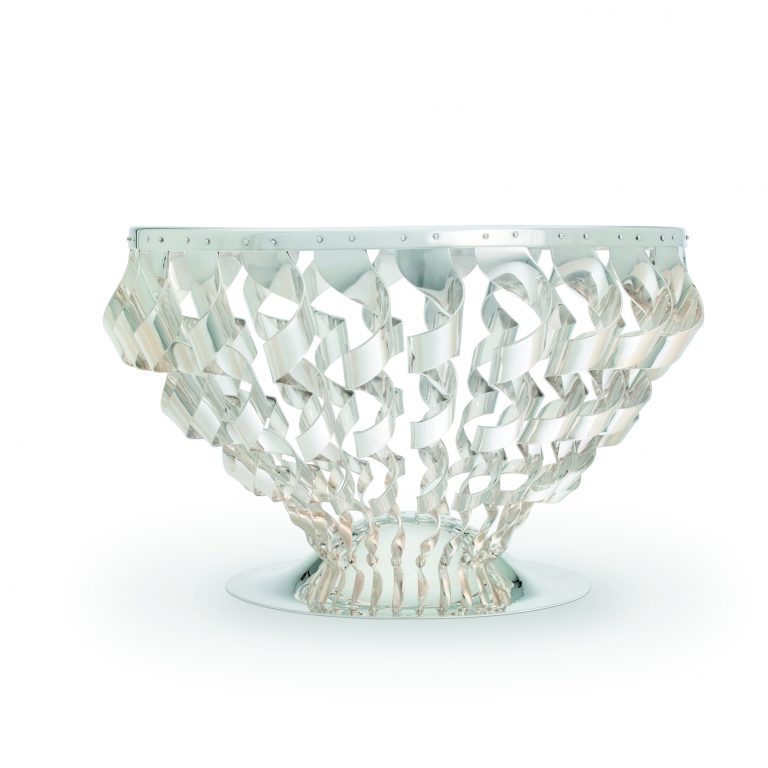 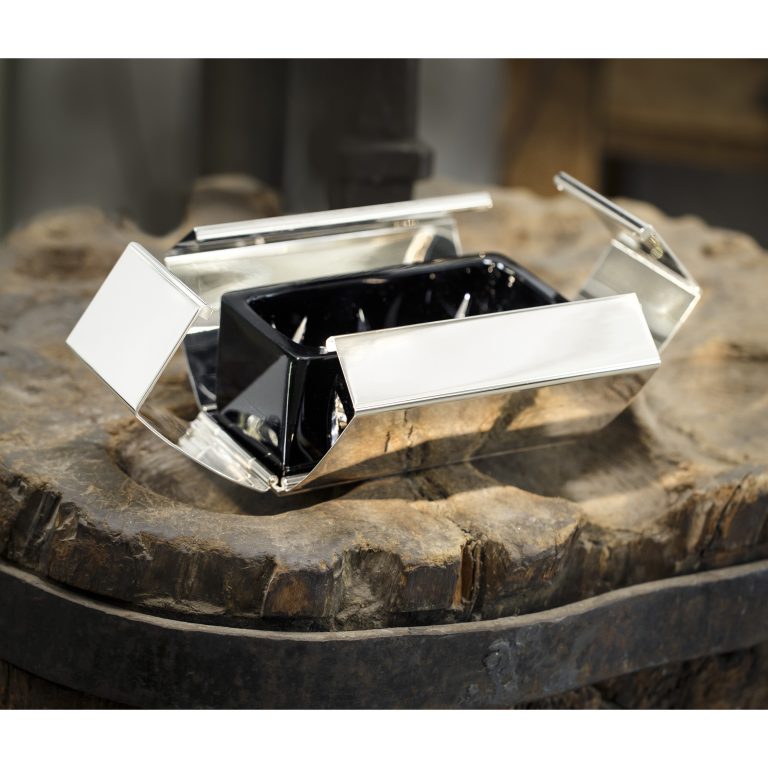 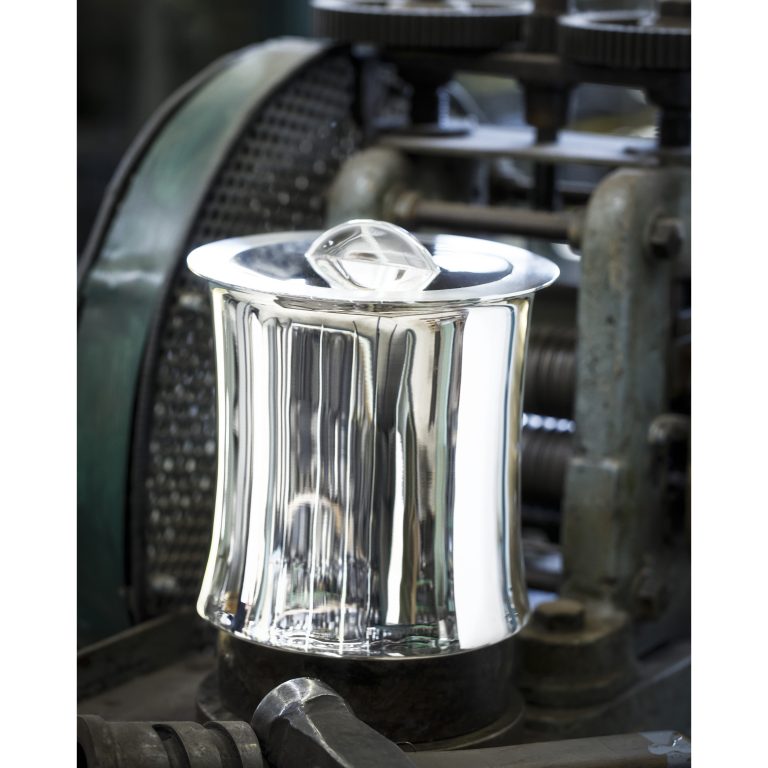 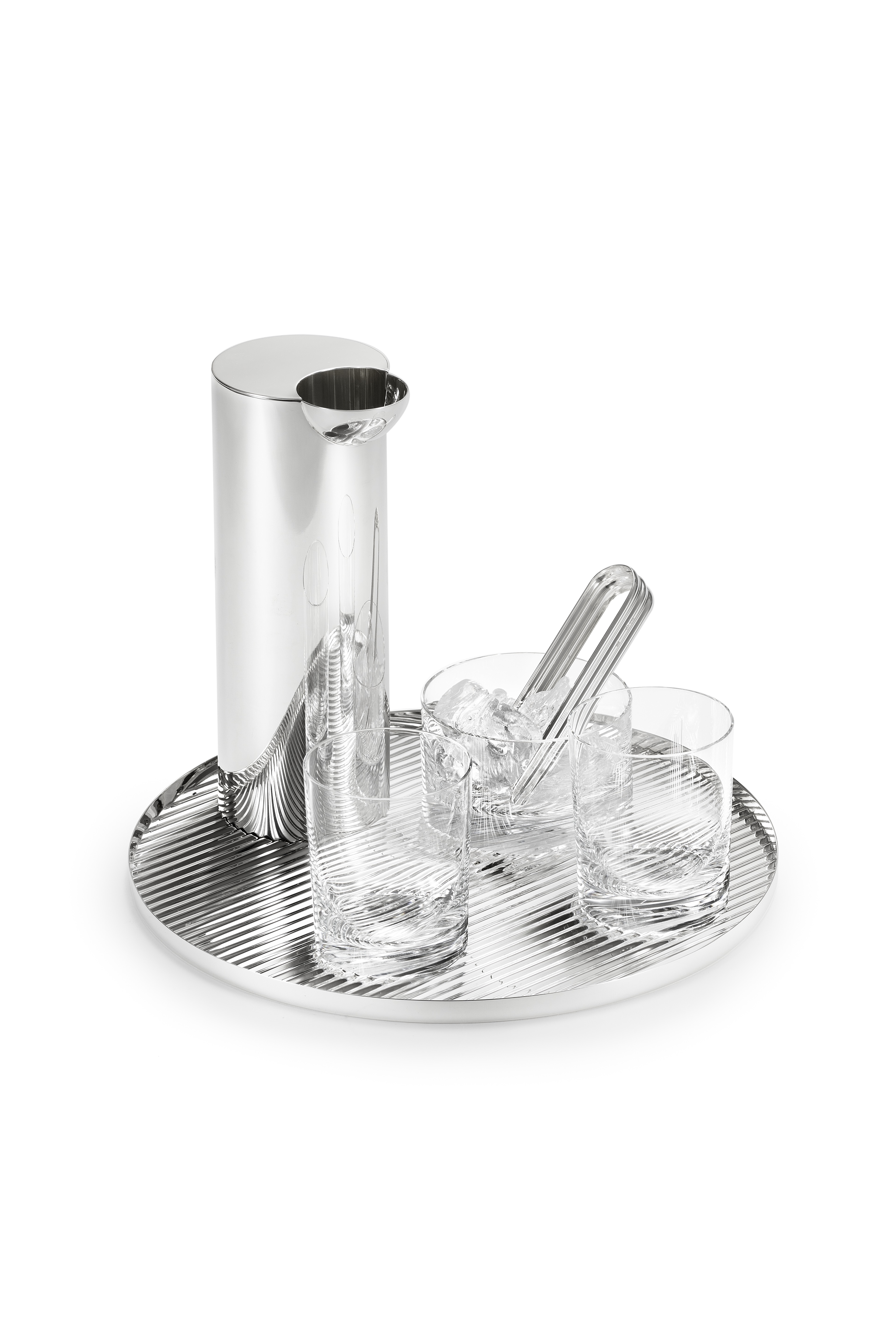 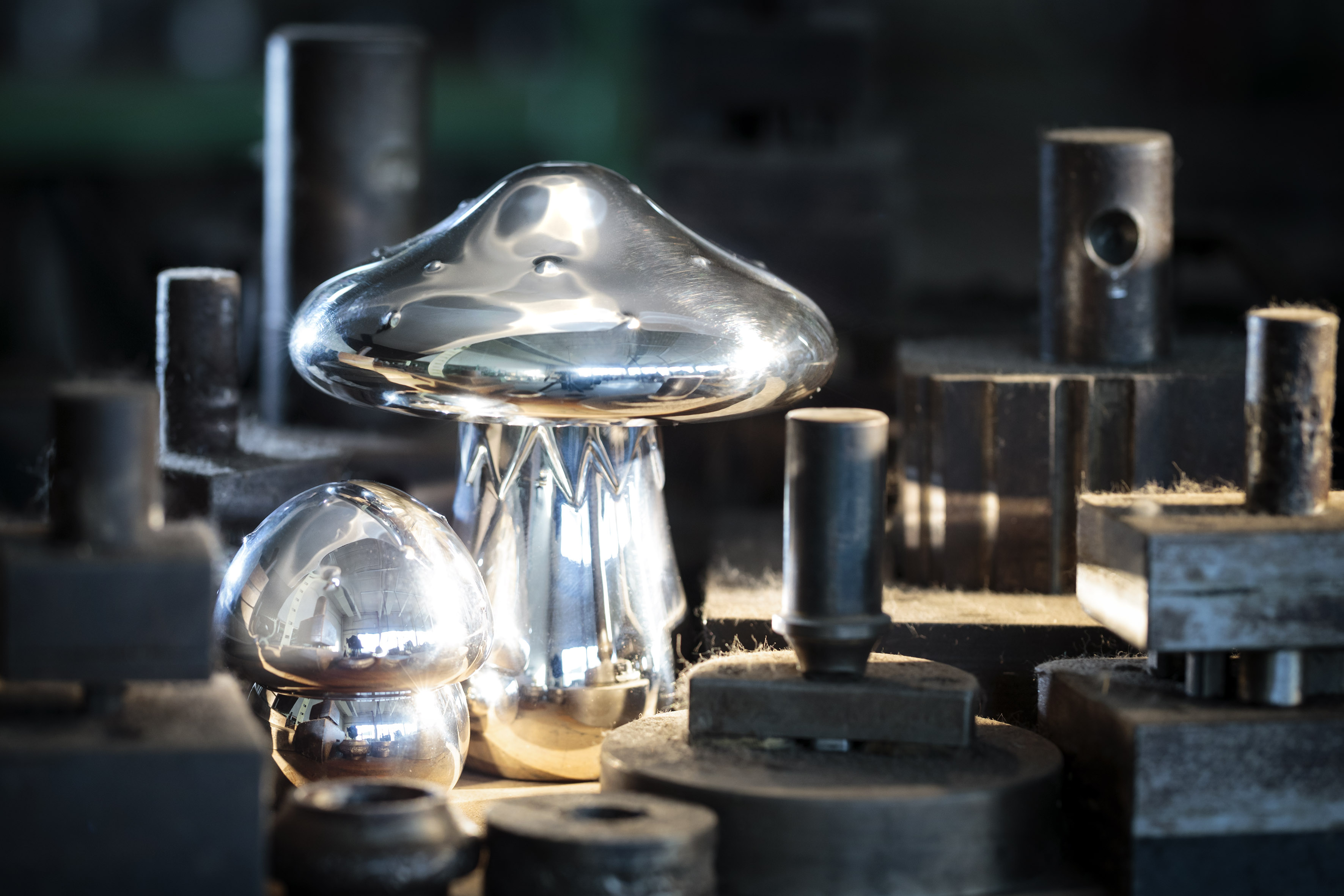 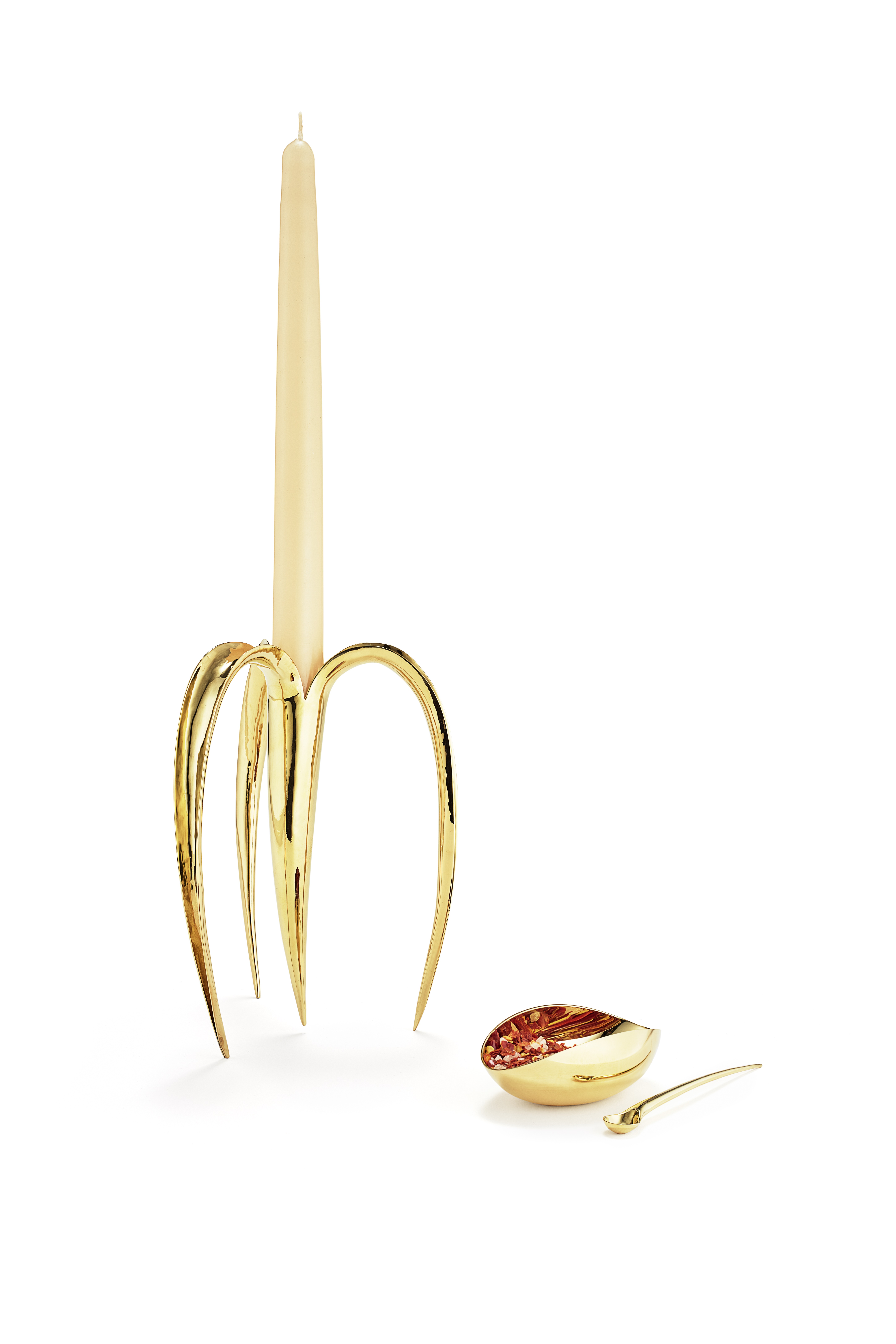 Wiener Silber Manufactur, the leading traditional Viennese silversmith, combines unique design with superior craftsmanship and the highest-quality of silver. Its roots reach back to 1882.

Cutlery No.135 | Joseph Hoffmann, reproduced after original drawings from 1902

Joseph Hoffmann, one of the most stunning figures in architecture and design in Vienna around 1900 and a leading pioneer of Modernism created epoch-making tableware, for example, the then as now innovative cutlery No. 135.

Joseph Hoffmann followed a revolutionary path that led to the creation of utilitarian objects and architecture as aesthetic products in an ever-changing array of new designs. His famous cutlery (pattern No. 135), designed a year before the founding of the Wiener Werkstätte (The Viennese Workshops), marks a revolution in silver design: a departure from historicism in favour of clear lines and an uncompromising allegiance to functionality. Today the company treasures the original dies as some of its most priceless possessions. They are used when exceptional people are looking for something exceptional: products of pure perfection.

The crafting of relief surfacing to hollowware has always required the most difficult of techniques in the silversmith’s art. The smooth protruding elements, which capture the light and reflect its setting, are hand-worked with a technique that requires complete mastery of the material. The vivacious elegance of the jug, crafted to designs by Otto Prutscher, shows nothing of the difficulty involved in its production.

Stockholm-based design collective Claesson Koivisto Rune collaborated with Wiener Silber Manufactur and Vienna glass producer J. & L. Lobmeyr to create a series of mouth-blown crystal glass carafes with engraved patterns. The “Vindobona” collection includes handcrafted silver and gold drinking tumblers as well as alternative collars to adapt the carafes into vases. The production of the vases was ambitious and demanded the utmost skill from silversmiths, glass blowers and engravers.

Vienna based designer Tino Valentinitsch created an extravagant bowl inspired by the curled hairstyle of the Biedermeier period. This creation introduces a new accent to the production of contemporary design. Valentinitsch was inspired by the long ringlets, popular in the hairstyles of Viennese ladies in the Biedermeier era. 24 winding “ringlets” in original size form the sides of this bowl. Its harmony is the product of masterly craftsmanship – combined with extreme patience. The domed base functions like a convex mirror, creating an endless play of repeated reflections.

A cake tin made of silver? For a long time, there has not been any demand for such an item – till Austrian architect Gregor Eichinger reinvented it for Wiener Silber Manufactur. In the search for exceptional table objects, Eichinger rummaged through the ancient product catalogues in our archives and he became found: A box for storage of little cakes attracted him most. The „cakes“ – this was the fashionable name for the small biscuits made of expensive ingredients and exotic spices that were served in the Viennese Salons of the turn of the 20th Century – had to be stored in equally valuable caskets. The so-called “Cakesdosen” playfully staged the treats to create a refined moment. Eichinger revives this ritual and pays homage to the courtly art of serviette folding. His “Cakesdose” evokes the look of a silver napkin, which is fold out like a rectangular box. Hidden inside is a Lobmeyr massive clear glass-dish layered with black glass to storage the delicacies. Opening the “Cakes-Safe” becomes an act that heightens the presentation of the “Cakes” to an emotional moment. Eichinger’ s “Cakesdose” is a contemporary statement for living culture and refined indulgence.

US American architect and designer Ed Tuttle developed a sleek concave ice bucket for Wiener Silber Manufactur. Tuttle`s encounter with the traditional Viennese silversmith was equally driven by this spirit of mindfulness for the craftsmanship and his sensitivity for modern forms. The architect brought the idea to create an ice bucket that would ennoble any bar. The bronze vessels of the Chinese Han Dynasty that are characterized by their pure forms and perfect workmanship inspired Tuttle. The ice bucket “Concave” captivates by its gently curved outline, the smoothly polished wall and the semi-circular handle on the flat lid. The restraint in the design emphasizes the high quality of craftsmanship. The ice bucket is entirely hand crafted and produced in pure silver. In order to maintain the temperature, the ice bucket is double walled and therefore very massive, weighing about 3.200 grams of fine silver.

Spanish designer Tomás Alonso created an elegant Bar Set characterized by its functionality of design. The designer who drew inspiration from the company’s legacy of silversmith mastery and innovation created a classical table object with his innovative and fresh signature. Alonso`s Bar Set is stylish drinking set with distinctive grooves on the bottom of the pitcher and the glasses, a smart pattern that plug together the vessels and the tray. In 2015, Alonso won the prestigious Swarovski Designers of the Future Design Miami/Basel Award.

French designer Thomas Bastide designed a luxurious, pure silver caviar set that captures the essence of running water in solid form. “IKRA ICE”, whose name derives from the Russian word for caviar, is an ideal representation of hospitality and joie de vivre. Ideally celebrations are centered on a majestic vessel, in which caviar and drinks are kept cool for optimum enjoyment. “IKRA ICE” serves many functions and is therefore made up of many parts, unified in one exciting ensemble by its expressive and contemporary design. Irregular polygons, asymmetric curves and uneven contours endow the set with an exciting multiplicity of different views and effective perspectives. The caviar set comprises a large ice dish, a gilded caviar dish, a gilded spoon, six tumblers and a pitcher. “IKRA ICE” is being produced in a limited edition of 100. All items are also available individually.

German fashion designer Wolfgang Joop is known for his enthusiasm for arts and craft. His design for Wiener Silber Manufactur is inspired by his characteristic fascination with the tension between naturalism and stylization. In his inimitable masterly fashion he transforms what is intoxicating, dangerous, poisonous into acceptable, harmless forms. The gleaming, slightly sinister “Magic Mushrooms” are mysterious in nature and exude the secretive aura of all things magical. The ensemble is reminiscent of the grandiose baroque tableware that was used to enhance celebrations and the pleasures of the table.

It also serves a dual function, for the individual mushrooms are not only eye-catching pieces but also serve as salt and spice pots. A cast silver branch supports a stand, which can optionally be made out of silver or oiled ebony or walnut. The mushrooms are attached to this by means of small magnets. Another Magic Mushrooms piece is the rough-worked board made from precious palm wood.

Series of bowls, vases and candleholders

In the selection and design of his pieces, US-designer Ted Muehling is guided by his sense of humility in the face of creation and by a particular sensitivity in regard to the aesthetic quality of natural products.

The spice dishes for Wiener Silber Manufactur were developed from the very attractive seed vessel of a tropical plant. The unusual organic form fits pleasantly in the palm of the hand and magically creates softly flowing light reflections on the silver and the internal gilding. The forms of his series of vases and candleholders also appear to be taken directly from nature. The “theme with variations” is provided by plants with long, soft leaves, extending downwards with the elegance of a ballerina “en pointe”. A single leaf is shaped to form a slender vessel, which serves as a vase or a candleholder. The leaves have been wrought from a single piece.

The traces of the hammer blow correspond to Muehling ’s desire to emphasize the living, growing, unique quality of objects, which have been produced by hand. These elegantly animated, delicate objects illustrate a new facet of silversmith art. The objects are in pure silver or in gold-plated versions available.

Find out more about these products and more at www.wienersilbermanufactur.com