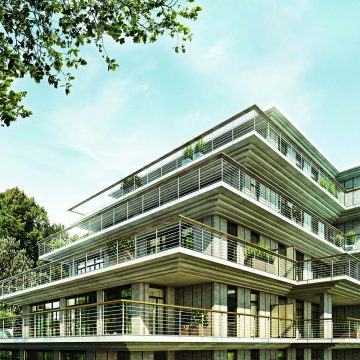 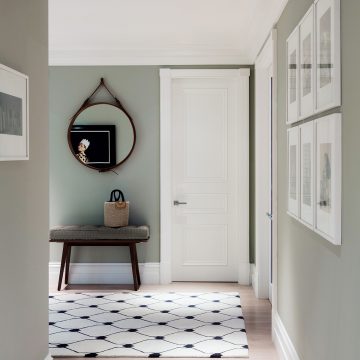 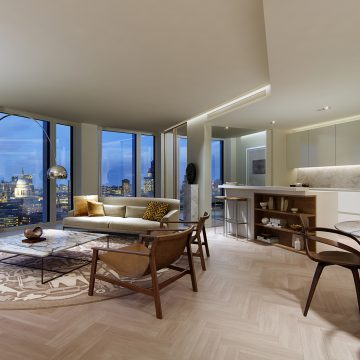 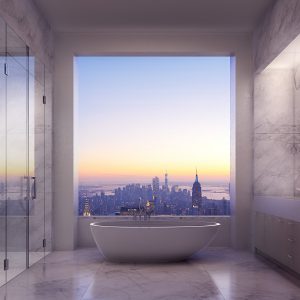 Expand your property portfolio with these hot investments in 2014, writes Sue Chester for FOUR’s International Edition…

The international investor-set are snapping up elite homes in the world’s established London and New York property markets, although Germany’s reputation as a financial safe haven has attracted investors towards the lifestyle metropolis of Munich. As for a pure lifestyle investment, the Italian Lakes offer some spectacular gems where you might find an opportunity to negotiate on price.

Nicholas Barnes, head of research at Chesterton Global Ltd, says property investment boils down to one essential factor, “I would always look at the city or region’s supply and demand situation, along with the other factors. It’s best to steer clear if a market is awash with property.”

Nicholas believes London’s size (3.38 million dwellings) and transparent market makes it a must-have for a property investment. “That’s a big market offering great opportunity to purchase and also sell on. The larger the market, the less likely it is to suffer from shocks that might wipe out a smaller market. It’s also less likely to be dominated by a small number of investors. There are some small EU markets where there are a handful of players who dominate the market and their actions can decide how that market performs.”

The South Bank Tower on the river between the Oxo Tower and Blackfriars Bridge is due for completion late 2015. Most of the 173 apartments will have river views that include Tower Bridge, St Paul’s and The Shard or the Houses of Parliament and London Eye. Starting from £625,000 for a studio to £16m for a penthouse, residents can enjoy a private gym and 20m pool as well as one of London’s largest rooftop gardens.

If you prefer a view of the Covent Garden Piazza and Royal Opera House, The Russell is a small, boutique development of three lateral apartments (190-214sqm) and two duplex penthouses (118-243sqm), ranging from £4.95m to £7.5m. Benefits include popping downstairs to some of London’s best eateries, bars and shops although the ‘neighbours’ might be a little noisy in summer.

For the ultimate iconic London views, Trafalgar One’s development includes a two-storey duplex penthouse with two terraces overlooking Trafalgar Square’s Nelson’s Column and National Gallery. Design wow-factors include a bespoke spiral staircase and shower room with original 1902 Canadian Pacific Railways building clock tower clock, so you won’t be late for work. Available for £16.95m, it’s a trophy property that can boast having the only residential address in Trafalgar Square.

Cue Philip House, a classic pre-war condominium building on the Upper East Side’s Carnegie Hill where five penthouses and four maisonettes launch this autumn ($3,75m to $8.995m). The inside of the building has been rebuilt with classic-contemporary interior design by Victoria Hagan. A short walk to Central Park, the rooftop terrace (with club room) has skyline views to the west.

Howard Lorber, Chairman of Douglas Elliman is buoyant about the Big Apple’s real estate potential. “The market in Manhattan right now is as good as it has ever been and has even surpassed pre-recession highs. This is thanks to a significant amount of superior product being built, which is selling rapidly, such as 432 Park Avenue and 157 West 57th Street. As there are not large quantities of units at any of these developments—typically between 80 and150 units—demand is retained.”

The 96 floor cloud buster known as ‘432 Park Avenue’ is set to be New York’s tallest residential tower in the western hemisphere, climbing 425.5m for rarefied living. Unlike its high-rise counterpart, One75, 432 is purely residential with no hotel included. That means residents don’t have to share their outdoor garden, spa, 75-foot pool, library, lounge, billiards and screening room/performance venue with hotel guests. Prices vary from US$7m for a one bed to US$95m for one of the ten full-floor penthouses that will have rarefied 360° views of the entire island of Manhattan and beyond.

If the high-life isn’t enough, design-led hotel living where service is king with Baccarat’s first Hotel & Residences project might entice you through Baccarat’s residences private entrance; a 60-foot façade of crystalline glass. The building itself aims to become a New York landmark, described by the company as a 50-storey ‘elegant crystalline box’ (to be lit up at night) that will include 61 apartments, from the 18th to 49th floor, ranging from $3.5 to $60m. Every home will have a signature Baccarat lighting fixture in their foyer and custom-made crystal inlay door handles, as well as wood panelling and flooring with custom bronze work crackled with crystal.

Markus Reidel is company and sales manager for Munich-based family estate agency Riedel Immobilien GmbH, a Knight Munich affiliate. Prime property prices in Munich rose by 9.3 per cent throughout 2012 and Reidel expects 2013 to remain strong. “The high end market is the strongest market as we see more and more wealthy Germans and internationals buying, I expect 5-10 per cent growth again this year. The market here was actually fuelled by the crisis, so there was no collapse in prices from 2007. People saw Munich as a safe haven to invest their money in, which is why we had more and more investors coming, buying the stock. Yields are 2-3 per cent, whereas if you put it in the bank, you’d get nothing. There is no indication of dropping demand or an increase in supply, so the prices will have to rise.”

Sought after locations are all city centre in Altstadt, Lehel, Maxvorstadt and Schwabing. Nymphenburg and Bogenhausen are the green, villa-strewn prime equivalents. High-end, prime property that comes on to the market frequently sells within two to four weeks. Just behind Munich’s iconic Angel of Peace (Friedensengel), in Bogenhausen, is the GP37 development, with nine contemporary apartments, ranging from €920,000 to €1.590m, arranged around a quiet central courtyard. Four of the homes will have large rooftop, turfed gardens.

Also in Bogenhausen, H-I-M, a small high-end Munich developer has five apartments for sale in a new build three-floor contemporary construction at Herzogpark, originally castle parklands, then developed as an estate of grand Art Nouveau villas where Erich Kästner, Thomas Mann and Wilhelm Conrad Röntgen resided. Ranging from €1.79 to €4.98m for the penthouse, these are sleek apartments that can be custom -fitted according to your requirement, such as wellness-bathrooms with whirlpool, sauna and roomy rain-showers.

Tivoli Garden is a new development of 30 terraced apartments overlooking Munich’s English Gardens and River Eisbach. Next door to the Munich Hilton, the location is between Lehel, Bogenhausen and Schwabing. Apartments range from 93-395sqm, which includes spacious terraces (€919.000 to €5.38m) and floor to ceiling windows, allowing light to flood in and maximise the English Garden and River Eisbach views (some units have Bavarian Alp views).

The Italian/Swiss lakes usually refer to Como, Maggiore and Lugano. Add Lake Garda, 200km east, and you have what’s known as the ‘fab four’. Garda’s claim to fame is Italian writer Gabriele d’Annunzio, whose grand villa on the Gardone Riviera is open for guided tours. You can now invest in your own grand villa up on the Gardone Riviera hillside at the Villa Eden Gardone resort, which will be a collection of around seven sleek villas and four apartments (€10 to €15m) designed by David Chipperfield, Marc Mark, Richard Meier and Matteo Thun. The elite resort will have a six star clubhouse, restaurant and elegant spa-wellness area. Each of the unique villas will have their own pool and spectacular Garda vistas.

The Italian Lakes’ stunning landscape, history and culture make it a lifestyle investment, albeit safe one, “The reason for the strength of these areas is that there isn’t a whole lot of new build going on, so supply is kept limited and from an investment standpoint that means there should be ongoing strength in terms of pricing in the market,” explains Rupert Fawcett, head of Knight Frank Italian Residential, who continues: “When the recession hit, everyone piled back out of those new investment-lead destinations like Bulgaria/Croatia, then reverted back to these tried and trusted core locations, where there is an established second homes market with longevity.”

The sought after west side of Lake Como, where Byron waxed lyrical, can command a 30 per cent lake front premium. From 2008-09 prices dropped by about 20 per cent around the Italian Lakes, although waterfront Como properties were less affected, dropping by around ten per cent. Does that mean it’s possible to land a bargain? “We’re not looking at opportunities some people might hope to get in some parts of Spain. Yes, there are some opportunities, but don’t expect to come in and find many fire sales. Most of these properties have been owned for a number of years so there are few owners who are in financial difficulties from a financing perspective,” Fawcett explains.

In the village of Laglio on the western side of Lake Como is Como Lake Resort, a development of 13 chic homes (€1.4 for 133sqm to €2.94m for 293.97sqm including terraces). Each will have their own private mooring space below the apartments where owners’ lake launches and yachts can be taken up out of the water when not in residence.

If, like Hemingway, you prefer Lake Maggiore, the Residenza Villa Gioia, at Brissago on the Swiss side, might appeal. Another rare new build in the region with two elegant apartments on each floor, each home has a huge terrace from where you can lap up the sweeping Maggiore panorama towards Italy. Languish in the 19m infinity pool before you head out to dinner at Ascona, minutes away by car. A 169sqm two bed with 174sqm garden/terrace costs CHF1.37m, a 208sqm three bed penthouse with 66sqm terrace is on the market for CHF3.95m.

Art Talks | How to buy art that will increase in value

As more and more people look at buying art for their homes and viewing pleasure, FOUR speaks to Jenny Ogilvie, director of contemporary art gallery, Ink_d, about how the decision to pay more for originals or limited edition prints is often justified by looking at art as an ‘investment’…

The German Institute for Wealth Building has ranked C&P Funds QuantiX among the top three of a total 3,666 funds in the category “Global Equity Funds”.