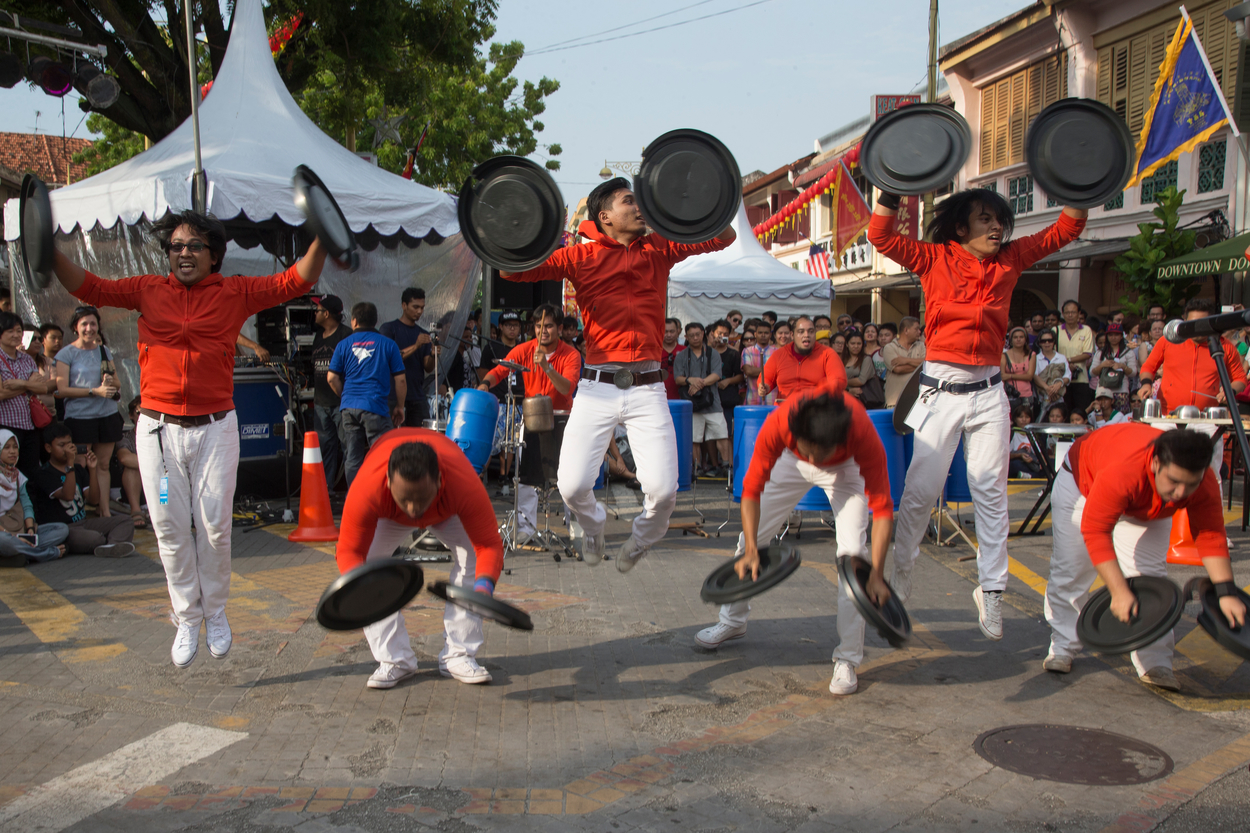 Priding itself to be the place where endless festivities will astound you throughout the year, Penang, as Su Aziz discovers, has a little more than that. It has a little ingredient that makes each festival very simply, unforgettable – food!

Just when you think the party month of the year, December, is done with its Christmas joviality and New Year’s manic joy, the celebratory mood heightens again after 10 days or so in Penang. January sees Ponggal which is an Indian celebration of the rice harvest. Whereas February sees Thaipusam with its amazing procession of Hindu devotees bearing kavadi and followed by loud firecrackers and robust lion dances that mark Chinese New Year. All this and the year’s not even gone into its third month yet!

As you can see, in Penang, you’re perpetually celebrating. Life is full of colours that manifest into either cultural or arts festivals. However, what truly make all these countless festivals in Penang memorable are the flavours that accompany it. A festival is only considered complete when accompanied by a feast, a riot of exotic dishes that will ignite your taste buds in a most sublime manner.

Having been a busy trading port in the 19th century, Penang was and still is a melting pot of cultures and along with these different people came spices, herbs, coffee, tea, fruits and of course, an array of cooking styles. All of which, combined or otherwise, achieve appetising results – curries, roti, soups, imaginative noodles and plenty more.

Penang’s capital George Town is the place to be because Heritage Celebrations 2015 (4 – 7 July), an annual event marking the seventh anniversary of the city’s inscription as a UNESCO World Heritage Site, will be introducing unique flavours. Themed ‘EAT RITE: Rituals Foods of George Town’, the event pulls focus onto Penang’s festive heritage with emphasis on its varied cuisine. More than a source of nutrients, food here are significant and symbolic and they express the beliefs and hopes shared by the community.

This inaugural event is a massive outdoor food festival happening on the streets of the city, prettily back-dropped by historical landmarks such as pre-War shop houses, Kapitan Keling mosque and Cheah Kongsi which is a Chinese clan house. This rare opportunity to experience food normally prepared during special occasions will see recipes passed down through generations served to the masses for a taste. You can expect:​

BuburLambuk |A savoury rice porridge seasoned with aromatic spices that’s freely shared with the community to celebrate the Muslim holy month of Ramadhan.

Ponggal |A traditional Indian dish to celebrate the harvest made by heating rice and milk with jaggery, cardamom, raisins, cashews and other sweet spices in an earthenware pot until it boils over, which is believed to bring good luck and prosperity to the household.

Kuih Kapit |Paper-thin sweet wafer biscuit so delicate that it just melts in the mouth. A favourite treat at major festivals, this perfect combination of rice flour, eggs, sugar and coconut milk is traditionally baked till golden over a hot charcoal fire in iron moulds decorated with elaborate designs or intricately drawn animals.

Ang Koo Kueh or Red Tortoise Cake |A tortoise-shaped cake made with glutinous rice flour and sweet green bean paste. This treat is served by the Straits Chinese at auspicious occasions. The colour red signifies joy and happiness while the tortoise symbolises power, longevity and tenacity.

Other Festivals Unique to Penang

George Town Festival (1 – 31 Aug) | Is a month long arts festival that is steadily growing in popularity and becoming a major Asian arts event within the region and in 2015, it will be celebrated within the month of August. This annual festival showcases international as well as Malaysian arts, culture, heritage and community. Inaugurated in 2010 in honour of George Town’s designation as a UNESCO World Heritage Site, the Festival transforms the city into a global stage, showcasing world-class performances, installations and collaborations from international and local artists alike. With over one hundred unique events each year, the Festival seeks to create new and vibrant connections between the traditional and the contemporary, the past and the future. Drawing thousands of visitors each year to Penang, George Town Festival is quickly becoming one of Asia’s must-see events.

George Town Literary Festival (27 – 29 Nov) | Is a 3-day event that brings together outstanding writers, poetsand thinkers from Malaysia and around the world in the historic UNESCO World Heritage Site of George Town in Penang. Thought-provoking lectures, stimulating debates, conversations with writers, performances, book launches and more are part of the programme of this festival that is always held during the last weekend of November.

Penang Island Jazz Festival (4 – 7 Dec) | Is an independent music festival coming into its 11th year. The 4-day event sees not only the best international jazz musicians on stage but also a series of workshops, a gallery, a charity night, jazz forums, after hours jazz sessions and fringe stages that are platforms to budding jazz artists as well as experienced ones. This festival is held on the beach area of Penang island called Batu Ferringhi. Through the decade, the likes of Shakatak, Tommy Emmanuel and Freddy Cole along with established musicians from more than 15 countries have graced the festival’s main stage. Needless to say, PIJF – as it’s fondly nicknamed – is a highly anticipated event in the region.