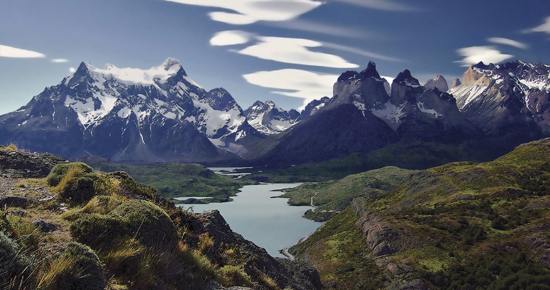 Stretching over 2,500 miles from north to south, Chile’s diverse landscapesand range of ecosystems create a wealth of unique experiences for travellers. Chile epitomises ‘off-the-beaten-track’ travel and as the countryprepares to welcome its first direct flight from the UK with British Airways, Turismo Chile lists ten of its top ‘Only in Chile’ experiences for visitors to discover…

Take a hot air balloon flight over the Atacama Desert…

From 12thAugust 2016 visitors to Chile’s Atacama Desert can get a new perspective on the region as the first hot air balloon flights will launch offering incredible views over the earth’s most ancient landscapes. Balloons Over Atacama, whose parent company Eastern Safaris were the first to bring commercial balloon flights to Myanmar, will begin flights with one balloon in operation with plans to add two further balloons at the end of this month. Flights take place at sunrise and last 45 minutes to an hour. There are Classic and Premium packages available starting from USD 300 per person which also includes return hotel transfers to the launch site and breakfast.

Chile boasts 42 astronomical observatoriesand in recent years, the government has passed laws on energy-saving practices to curb outdoor lighting in order to protect its night skies.In southern Atacama’s Elqui Valley lies the astronomical site of the AURA, which was namedthe ‘World’s first international dark sky sanctuary’ in 2015. This area of northern Chile is considered one of the best locations in the Southern Hemisphere to practice astronomy.Further north in theAntofagasta Region, guests staying atAlto Atacama Desert Lodge & Spa can experience the dark sky sanctuary from the comfort of their hotel which has its own telescope and observation deck. Guests can also book astronomy excursionssuch as the one-hour Andean Astronomy tour which visits the only open air observatory in the region located on a nearby hilltop or the 90-minute Full Moon Walk tour toCordillera de la Sal through the Valley of Mars which offers views of the Cartarpe Valley, the oasis of San Pedro, Salar de Atacama, the Andes and Cordillera de Domeyko.

The palafito is a traditional house on stilts built over a body of water, in the late 19thcentury numerous palafitos were built in Chilean cities such as Castro, Chonchi and other towns in the Chiloé Archipelago, and are now considered a typical Chilotan architectural structure. The Chiloé Archipelago is a destination in its own right, it is a land of myths and legends, unique folklore and culinary traditions. Hotel Parque Quilquico is located in a native forest park 16km away from the city of Castro in the Rilan Peninsula of the Chiloé Archipelago. The hotel features 21 rooms including Chiloe Stilt Houses or palafitos which are a few meters away from the main Hotel’s nave and connected through a roofed gallery with a short trail surrounded by native forest and overlooking the Dalcahue Channel. Hotel Parque Quilquico offers the perfect place to relax at the end of a day spent exploring Chiloé’s colourful wooden churches (16 of which have been declared UNESCO World Heritage Sites).

Discover the oldest mummified remains in the world, the Chinchorro Mummies

The Chinchorro Mummies are the ancient mummified remains of individuals from the Chinchorro culture. Since 1914, when archaeologist Max Uhle began his work in Aricain northern Chile,an estimated 282 mummies have been uncovered by archaeologists in this region.Chinchorro mummies were elaborately prepared by removing the internal organs and replacing them with vegetable fibres or animal hair and in some cases an embalmer would remove the skin and flesh from the body and replace it with clay.The community that made them was at the early hunter-gatherer stage of evolutionaround 5000BC making the Chinchorro Mummies the oldest mummies in the world, predating the Egyptian mummies which date back to 3000BC.

Walk a section of the longest trekking route in the world

The trail was part of a project launched by the Chilean government to celebrate the country’s 2010 bicentenary of independence from Spain by creating a trekking networkthat links the natural, cultural, ethnic, and scenic diversity of the country into one route. The network connects Chile’s diverse geographical zones travelling through desert, mountains, cities, forests, lakes, volcanoes, pampas and glaciers and includes paths in Isla de Pascua, Archipielago de Juan Fernández and Isla Grande de Chiloé.

Relax with a wine spa treatment

No trip to Chile would be complete without tasting its fine wines and there are over 50 wine routes surrounding Santiago alone. Nearby Colchagua Valley was dubbed the ‘Best winemaking region in the world’ byWine Enthusiastmagazine while Casablanca in the Valparaiso province ranks in the ‘Top Ten Wine Capitals of the World’. However, the wine in Chile isn’t only for drinking as visitors can relax with a wine-inspired spa treatment which uses the therapeutic benefits of Chilean wine to rejuvenate and cleanse the skin. Wine therapy consists of an antioxidant treatment that provides a series of curative benefits for the skin and different wine varieties such as lambrusco, sauvignon, cabernet or merlot wines are used in each treatment. Among its advantages are the rejuvenation, toning and strengthening of the skin and improved blood circulation. Wine possesses numerous vitamins such as A, C and E, as well as proteins, minerals, salts and enzymes and the antioxidants present in wine can also help delay the ageing process. The Ritz Carlton Hotel, Santiago, Balthus, Santiago, Termas de Quinamávida, Linares and Termas de Puyuhuapi Hotel & Spa are just some of the hotels in Chile which offer wine spa treatments.

Ski down a volcano in Pucón

Pucón is the adventure capital of Chile where Ski Pucón invites skiers onto the slopes of the Villarrica Volcano whose natural ravines and half pipes are popular with both skiers and snowboarders. Located at a short distance from the Villarrica National Park, this resort offers 20 runs for skiers and snowboarders with an excellent infrastructure, services and good snow conditions. It has 9 lifts, a well-known ski school and there are runs for all levels as well as off-piste areas. Owned by Gran Hotel Pucón Resort & Club, the pistes range from 1,200 to 1,800 metres above sea level on the north-eastern wall of the volcano which offers views of the five lakes in southern Chile from its summit. The resort has been hosting international competitions since 1990 and its ski season runs from mid-June to October.

Curanto en Hoyo (also known as Umu Pae on Easter Island) is a typical dish from the south of Chile native to Chiloé which is traditionally prepared by heating fish, seafood, potatoes, some meat, milcaos and types of bread over red hot rocks laid in a hole in the ground. The food is wrapped in leaves and then covered with soil so that the ingredients slowly cook over a number of hours. This dish is a combination of different types of meat and seafood including razor clams and mussels as well as pork and chicken. Curanto is served with potatoes, milcaos and chapaleles which are two types of ‘bread’ made from potatoes and pork.

Take on the challenge of the Patagonian International Marathon, 24thSeptember 2016

Those inspired by Bruce Chatwin’s famous book,In Patagonia– which celebrates 40 years since it was published in 2017 – are invited to explore Patagonia first-hand by taking part in the Patagonian International Marathon in the stunning Torres del Paine National Park of Chilean Patagonia. Runners will cover varied terrain during the race while surrounded by enormous glaciers, vast lakes and soaring mountains and there are four distances to compete in: 60k, 42k, 21K and 10K. Since its first event in 2012, the marathon has brought together thousands of runners from more than 40 countries worldwide and this year’s event will take place on 24thSeptember. To register visit

For more information on Chile visitchile.travel