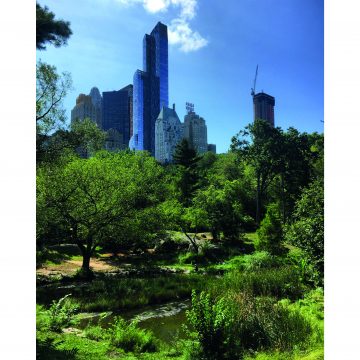 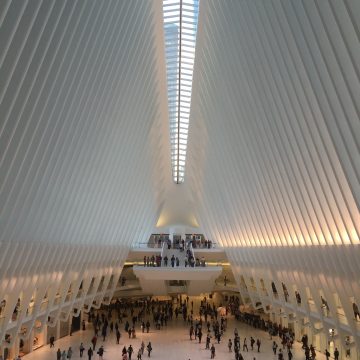 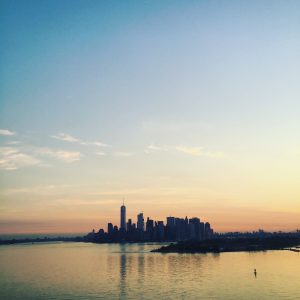 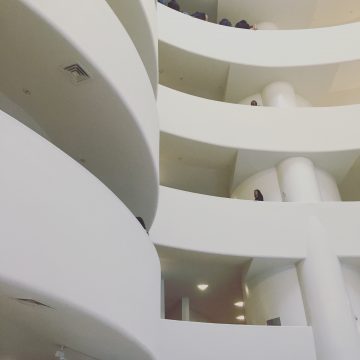 Something old, something borrowed and something blue; the tried and true clichés of Manhattan will never grow old, writes Kerry Spencer.

Every trip to New York should have a handful of clichés thrown in for good measure. Mine always tend to included food, be it brunch at Central Park’s The Loeb Boathouse (the Jumbo Lump crab cakes are divine); oysters and champagne at Grand Central Oyster Bar & Restaurant (a true Manhattan institution); afternoon tea at The Plaza and cocktails somewhere fancy like the Mandarin Oriental at Columbus Circle.

The beauty of this city, however, is that you tend to walk your well-heeled socks off and by clocking up the kilometres, in return you get plenty of opportunities for well-deserved pit stops.

Racking up the steps on the pedometer taking in the city’s iconic buildings is something I — and millions of other visitors to the city — never tire of. No matter how many times you’ve seen them before, the famous arch of Washington Square Park, the stunning Chrysler Building and the iconic Flatiron on Fifth Avenue and 23rd Street flood us with nostalgia and warmth. They bring memories of our first and last visits flooding back and conjure images of classic movies and scenes from Sex and the City. The buildings and streetscape of Manhattan make you feel truly alive. It’s quite remarkable and something most of us rarely experience outside of New York.

We’re staying in the heart of Tribeca at the super cool Roxy hotel — a convenient spot for the neighbourhoods of Greenwich, Soho and Chelsea, and with easy access to Downtown, which has seen a revival of late, but more on that later.

Drop your bags off and order a coffee. I firmly believe the coffee served at The Roxy is among the best in town. But much like London, the quality of coffee has drastically upped its game in New York in recent years and you’ll find plenty of opportunities to taste excellent coffee around the city.

The Roxy’s coffee is by Jack Mazzola — so has star credentials in the coffee world. Mazzola employs his own coffee making technique (a ritual he duly patented) and even worked on the coffee farm in the Dominican Republic where he sources his coffee beans from.

While The Roxy hotel plays on a bygone era — think raucous dance halls and dreamy twenties movie theatres — it is by no means comes off as themed. It’s true that the hotel is fun and uninhibited, but it’s also cosy and feels like you’re being wrapped in a warm blanket when you step inside. A juxtaposition of old and new; an industrial tone with luxury finishes to meet the needs of today’s modern travellers.

Heading out to explore some familiar sights, it is essential — in our opinion — that you take in at least two of the city’s classic museums.

The Metropolitan Museum of Art and the Solomon R. Guggenheim Museum — both located on the same stretch of the Upper East Side by Central Park — always offer something new. For something a little more contemporary, try The Whitney Museum of American Art.

The museum is named after Gertrude Vanderbilt Whitney, who was an advocate of new American art and founded the original museum in Greenwich Village in 1931. The museum outgrew its premises and moved locations three times, before opening at the Renzo Piano-designed building at 99 Gansevoort Street in May 2015.

Until June 17, 2017, the museum is home to the Whitney Biennial; the longest running celebration and gathering of American art, which is now in its 78th year. The current Biennial focuses on 63 artists and their works, covering a wide spectrum of art, from paintings to installations and even video games.

The museum also has a regular programme of exhibitions, which run for varying lengths. The building’s design is another talking point, while its location by the High Line and close to The Standard and Soho House hotels is excellent.

The High Line is another must visit. The 1.45-mile stretch of a former freight railway track is a green oasis in Manhattan’s Westside. Transformed into a public space, with the first phase opened in June 2009, the High Line has several standout features, including the Tiffany & Co. Foundation Overlook and the Diller – von Furstenberg Sundeck and water feature. There’s also art and food stalls, with dozens of Instagram opportunities along the route, too.

If you’re visiting New York for longer than a long weekend, head to the High Line on Tuesday at dusk for a spot of stargazing. High-powered telescopes offer a window to the stars from dusk until 30 minutes before closing, available every Tuesday from dusk, through 31 October.

Feeling peckish yet? Call by Chelsea Market to refuel on lobster rolls, sushi or freshly made pasta. The market is in an enclosed space and offers plenty of opportunity for imbibing on local brews — be it coffee or ale — and sampling some of New York’s finest produce while on the go. What’s more, in July 2017, an expanded lower-ground level is set to launch called The Chelsea Local.

Downtown deserves some time in your schedule, too. Make sure to take the subway down and exit to marvel at Spanish architect Santiago Calatrava’s One World Trade Center Transit Hub.

The structure that houses the station is known as the Oculus and took over a decade to build. Its vast futuristic wings bare a resemblance to a dinosaur skeleton. Inside, the stark white lines and ultramodern feel continues.

Brands — such as M.A.C Cosmetics and Apple —have taken space inside the shopping complex section of the station and have truly embraced the futuristic style of the space.

More than just a transport hub, the Oculus is an attraction in its own right and visitors are flocking to witness its stunning architecture.

When it’s time to squeeze in a refreshment, One World Observatory’s 101st floor should be your next port of call, which also happens to be close by the Oculus.

The mixologists at the top of One World Observatory — located in the city’s Financial District — are fantastic, plus there’s that gorgeous view to take in, too.

Before you reach for a cocktail glass, though, make sure to dedicate time to the 9/11 Memorial & Museum. You’ll easily want to spend two-hours in the museum, while the memorial offers the opportunity for quiet reflection. It’s an elegant tribute, with the names of those who lost their lives on 11 September, 2001, etched into the surface.

For a casual supper or early evening bite, stop by Grand Banks on the Hudson. I’d describe the vibe as country-club chic… but for Millennials. If that doesn’t put you off, you’ll love it. Mop up oysters on deck (there are five juicy varieties available), order more lobster rolls (this is the East Coast, after all!), or one of the lighter dishes such as soft shell crab or ceviche. The food is delicious and there’s an excellent cocktail, wine and beer menu. I’d recommend making a reservation ahead of time as Grand Banks can get busy during the summer, particularly around sunset.

Make sure to dedicate some time to exploring and experiencing The Roxy during your stay, too. The live music is a particular draw in the Roxy Bar and The Django.

The Django is everything you want from an underground jazz club and then some. Its dining space and two cocktail bars means you’re unlikely to resurface until well into the night. It’s worth the hangover and what’s an evening in New York without a fabulous jazz club thrown in? A cover charge is applied and the line up varies, so check the hotel’s website in advance for information and reservations.

Spacious and well-appointed, The Roxy’s 201 guest rooms have an urban loft feel with large beds that will leave you feeling like you’ll never want to leave. For in-hotel pampering, the sleek Blackstone Salon offers a selection of hair treatments. There’s also a 24-hour fitness room, but sadly no spa at the hotel. The Roxy partners with the nearby Aire Ancient Baths, which is well worth a pampering visit.

Based on ancient Greek and Roman bathing rituals, the facility is made up of a series of thermal baths set to a range of different temperatures. There’s also a flotarium, a salt-water pool and a propeller-jet bath and steam room. You’ll want to reserve at least two hours to make the most of your time here.

The Roxy might be relatively new, but it has an old soul — a character trait that runs through the veins of the hotel. And if you walk into the hotel’s lobby and spot someone scurry towards the elevators with a goldfish bowl in hand, you’re not hallucinating. It’s one of The Roxy’s little quirks, offering its guests a pet goldfish (upon request) — adding the ‘something borrowed’ to your stay in Manhattan.

The Roxy is beyond charming, but be warned — particularly on a Friday and Saturday night — The Roxy Bar can get pretty loud and rooms don’t seem to be soundproofed. Though if you’ve walked — or shopped — your socks off during the day and treated yourself to a few cocktails in the evening, it’ll be lights out as soon as your head hits the pillow.

Before your car whisks you back to JFK, take in one last coffee and, whatever you do, never let yourself get dragged into the dreaded FOMO of what’s happening over the water in Brooklyn — that’s a whole new feature.

And the something blue? Saying goodbye to New York City, because Manhattan and its clichés never get old.